Until The Wellness Project came into my life three years ago, I had managed to remain a boutique fitness virgin. 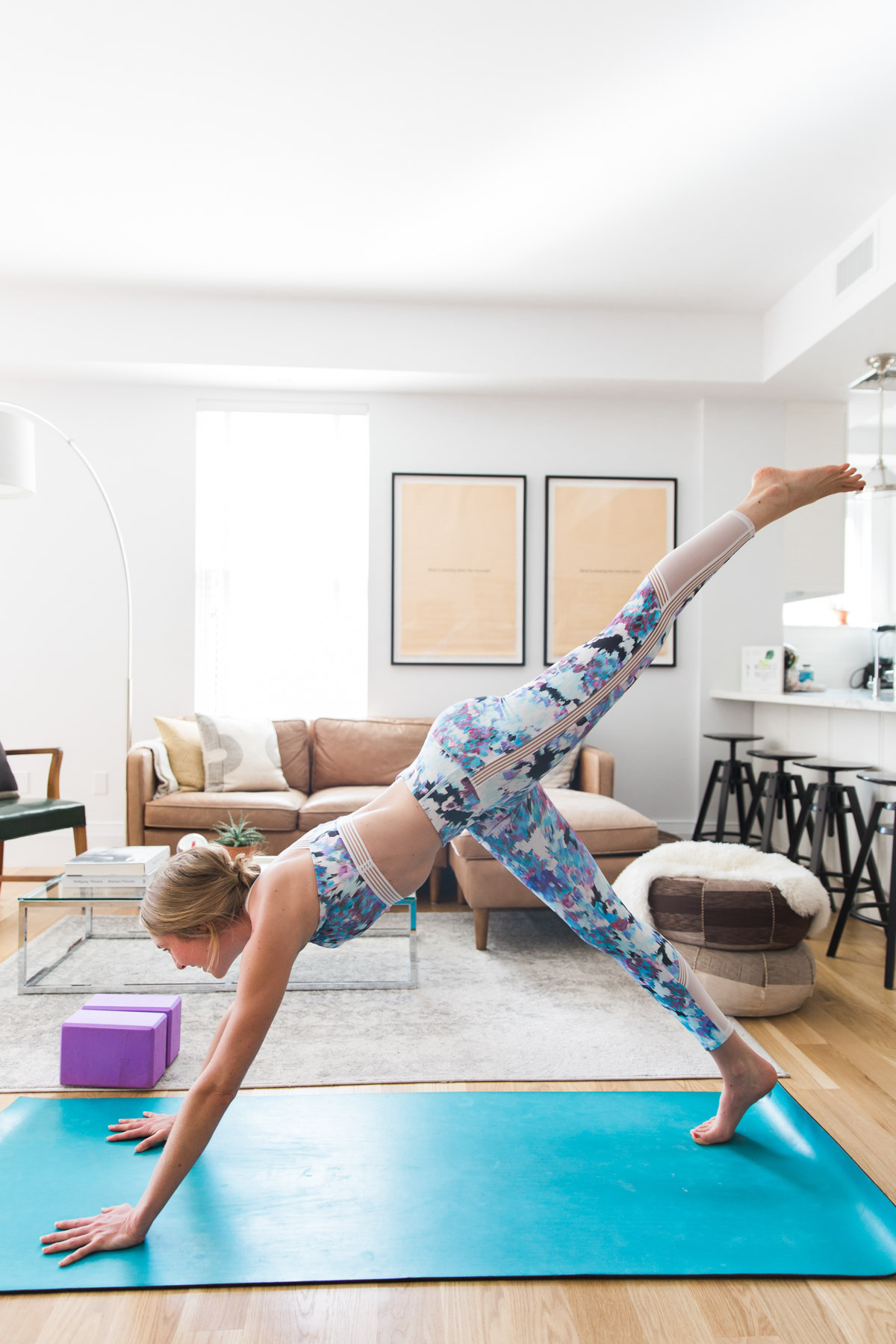 I had never been to Soul Cycle or shaken my booty to dance cardio beats. My idea of doing something outside the box was actually using my Crunch gym membership, rather than sitting on the couch, exhausted after a day of catering.

So while it might have taken less will power than The Vice Detox, the month that I dedicated to moving more and trying every type of boutique workout under the Manhattan sun, proved to be the most grueling. I tried kickboxing and spin. Pole dancing and barre. HIIT and SLT.

What I discovered is that I am no basic bitch when it comes to exercise. I’m simply basic in the old sense of the word. I like to keep things simple. Pure. Perhaps even a little boring.

Yoga and pilates remain my main forms of fitness these days, and after trying dozens of studios over the years, I’ve honed in on my favorite styles, teachers, and places to practice in New York. 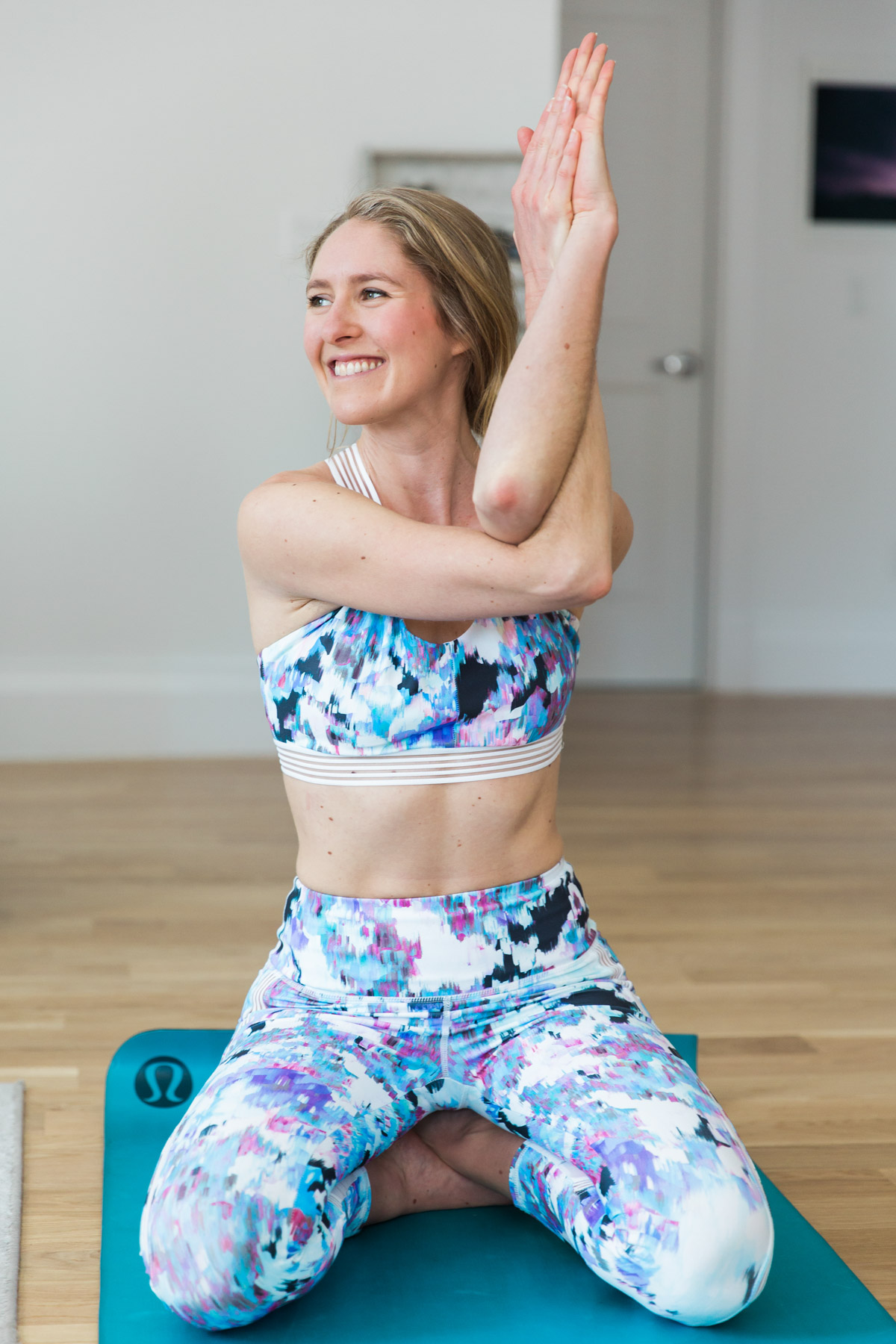 Since I get asked for recommendations all the time, and am not the kind of person (or, er, influencer) who takes a phone into a workout class, I thought I’d share my favorite places to move my body in New York City on the blog today.

I’m still on the hunt for a great place to try aero or acro yoga, so if anyone has any thoughts, I’d love to hear them in the comments section!

Read on for some of the best yoga and pilates studios in Manhattan and Brooklyn, and other out of the box ways to add a little more movement to your days in the big city. Contrary to these pictures, my favorite is not actually my living room!

In other news, if you’re looking for some accountability on the movement front, the next session of 4 Weeks to Wellness is officially open for enrollment! Week 3 is all about moving your body more, and in additional to the classes I’m going to force you to schedule, you’ll also get my video series of pelvic floor exercises and desk side stretches to work on your posture. More here. 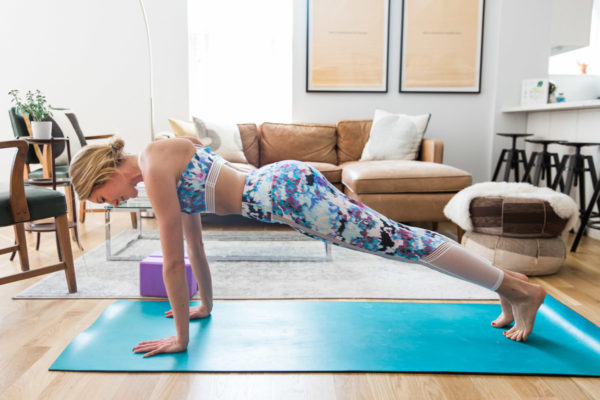 If you’ve read The Wellness Project then you know around the time I began throwing out my back, I became disenamored with yoga. Though I’d been practicing since high school, it didn’t seem to be working for my body anymore and only caused my lower back more pain.

I originally discovered Katonah Yoga’s NYC studio through their pilates classes, which were instrumental in getting my core back to a happy place. But once I got up the courage to try yoga again, I realized that I had unexpectedly stumbled into the most magical and different approach—one that stresses alignment more than anything.

The practice was developed by Nevine Michaan at the Katonah Yoga Center in Westchester and is described as sacred origami for the body. The classes are small, hands on (to the extreme) and intimate. It’s often filled with teachers from other yoga studios eager to learn their theories of physiology and how they impact our mental wellness. The classes themselves are the perfect mixture of woo woo and real physical work.

The New York City branch was renamed The Studio last year. Take a class with my favorite teacher, Alex Sherry! She will make you laugh while your legs are burning from a 10 minute forward fold.

This airy studio (with locations in Chinatown, Tribeca and Williamsburg) shares many of the same teachers as The Studio. Sky Ting classes tend to be larger format flows rather than the workshop-y vibe of The Studio. But if you’re looking for something more traditional, it’s my favorite option.

The best aspect of Yoga Vida is that they offer hot yoga without the stifling, humidity. The studios are outfitted with infared lights, which help draw out heavy metals by heating your body from the inside out, rather than pumping the room with dry heat. I find it much less oppressive and manageable, especially during off-peak times. When the room is packed, as it tends to be after work, the room gets pretty swampy. I also much prefer the flow format to the pose-holding grind of bikram yoga. My favorite teacher is Bryan Nygard (who also practices Katonah yoga).

It’s rare to find group machine pilates classes in New York that aren’t set to blaring pop music (I’m looking at you SLT and Flex Studios!). Fort offers a traditional-style reformer class in the most lovely, plant-heavy setting. There are only 6 machines, so spots book up far in advance. But it’s my favorite place in Brooklyn to practice. The teachers are all incredibly knowledgeable and the small class size allows for them to really key an eye on your form.

My favorite pilates place in Manhattan is this gem in Chelsea! They offer group reformer classes, but also fantastic one-on-one instruction if you’re recovering from an injury or just getting started with non-mat pilates. I had a series with Deejay Gray when I first threw out my back and she was a life saver.

Though yoga and pilates are more my jam, the only boutique studio I’ve found that speaks to me, while taking my cardio up a notch, is barre3. Sadie Lincoln’s method combines barre, pilates and dance to create one upbeat, lower body burning experience that is both joyful and fun. Unlike many studios in New York, they don’t push you beyond your limit and offer plenty of room to modify movements so you’re honoring where your body is that day.

I’ve only gone to this trampoline cardio studio once, but I wanted to add it to the list for anyone who is more inclined to push themselves than I am. The bouncing portion of the class was both incredibly difficult and exhilarating. You can choose between classes that combine all disciplines, or stick to pure dance, sculpting or jumping.

I titled this post places to move rather than places to work out since I’m much more game for unlikely sports than I used to be. I’m not sure some would even count archery as exercise. But it sure is FUN! You can take an intro lesson at Gotham Archery in Gowanus and then have access to rent a target/lane anytime. It’s a great weeknight activity to do with friends before heading to dinner or drinks. They also have axe or knife throwing classes!

Why spend $40 on a boutique spin class when you can take an incredibly heavy bike out for a spin on the city streets? You might not go as fast or feel as athletic peddling around on one of the city’s bike share rides, but they are actually a serious workout due to their size and build. Besides peddling around a park, my favorite stretches include: Gold Street in Dumbo to Williamsburg along Flushing to Kent (or Fort Greene to Williamsburg from Vanderbilt to Flushing to Kent) or along the waterfront from Dumbo to Red Hook. I wouldn’t try to ride one over a bridge if I were you – walking is much easier with the crowds and more enjoyable.

For $100 you can purchase a permit to play on any New York City public tennis court throughout the season. Most locations are first come first serve, so it’s easiest during weekday mornings or other off-peak times. There are fabulous courts in Central Park, Prospect Park, and our local area, Fort Greene Park. You can also find leagues throughout the summer if you want a community to play with, like the Fort Greene tennis ladder!

What are you favorite places to move your butt? Do you prefer boutique classes or do you make the city your gym? Let me know in the comments!