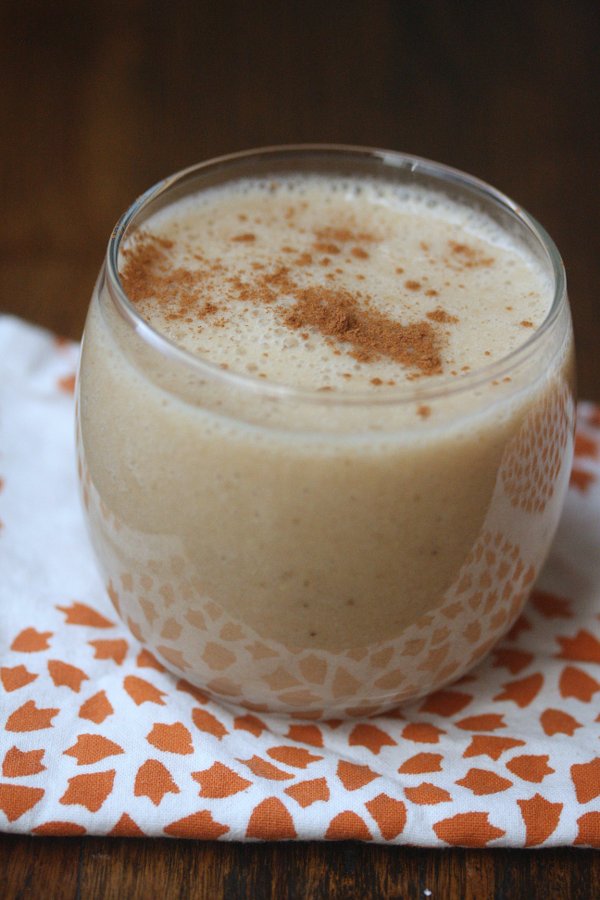 Breakfast is such an idiosyncratic ritual.

I’ve never been the biggest eater in the morning, but I’ve certainly cycled through my fair share of phases. In high school, it was yogurt. In college, it was cereal. Today, it’s Kind bars (or leftovers). If you can’t tell from that list, weekday breakfast is one of the few meals that does not involve cooking. And until there’s a man waking up next to me, I’d like to keep it that way. 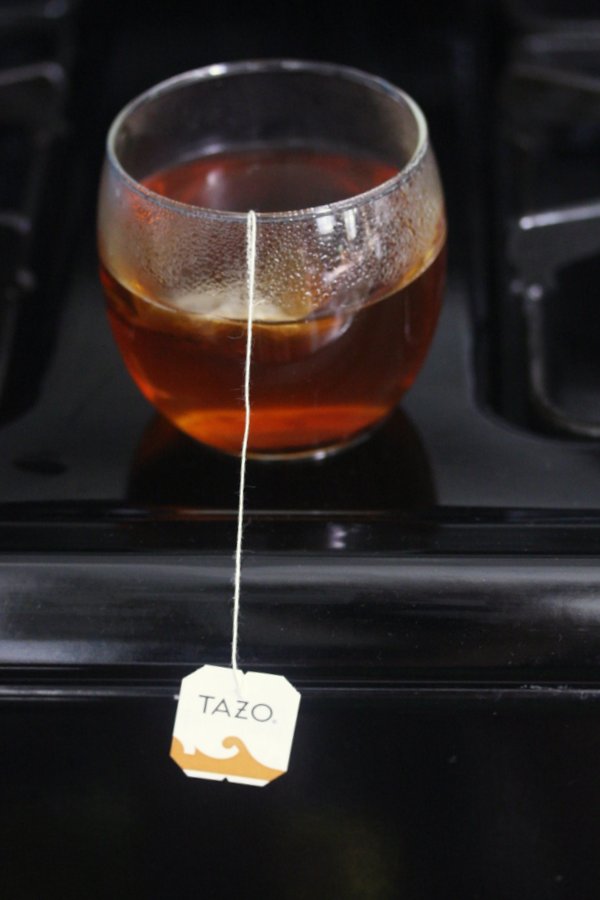 It’s probably because of this that I’ve never shared a smoothie recipe with you. I love drinking smoothies – they’re pretty much the only way I get fruit in my system. But making them seems like a lot of trouble for very little reward. I’d much prefer cleaning grease off my stovetop as a result of a fried egg than dealing with knives, cutting boards, and food processor bowls for a beverage. But I realize that I may be alone here, and especially for the beginner or non-cook, smoothies are a nice gateway dish to getting more involved with your meals. 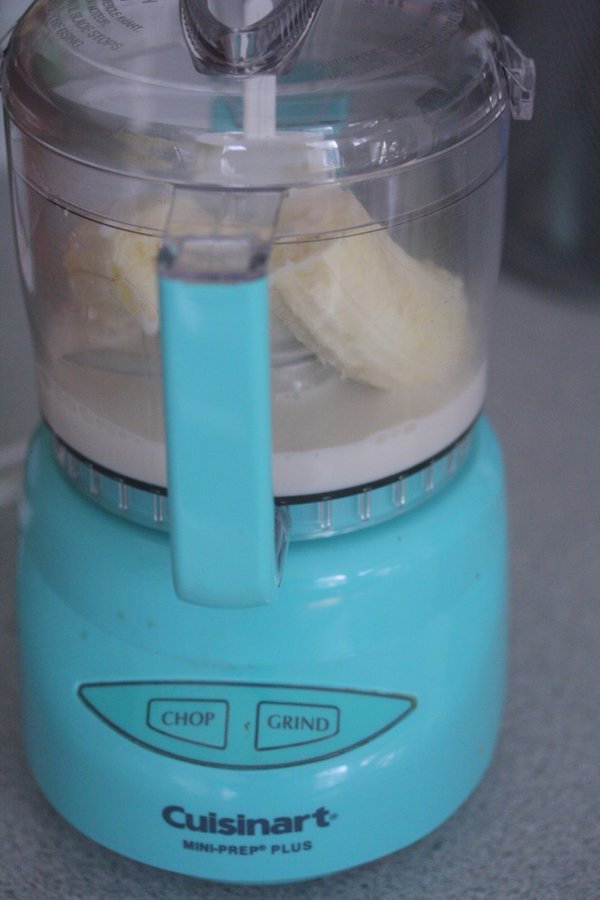 Breakfast is pretty much the only meal that my dad makes for himself. It’s usually a pot of oatmeal, and usually prepared at some unseemly hour of the morning in an insomniatic state. But smoothies are a close second. A few years ago, I got him what he claims was the best Father’s Day gift ever. It was a smoothie maker with an accompanying smoothie cookbook. He took it out to Martha’s Vineyard and, from what I can tell, has mainly used it to make margaritas.

Father’s Day is coming up, so I thought I’d try my hand at a smoothie for my dad’s sake, and for all the rest of you out there who are less lazy in the morning than I am. 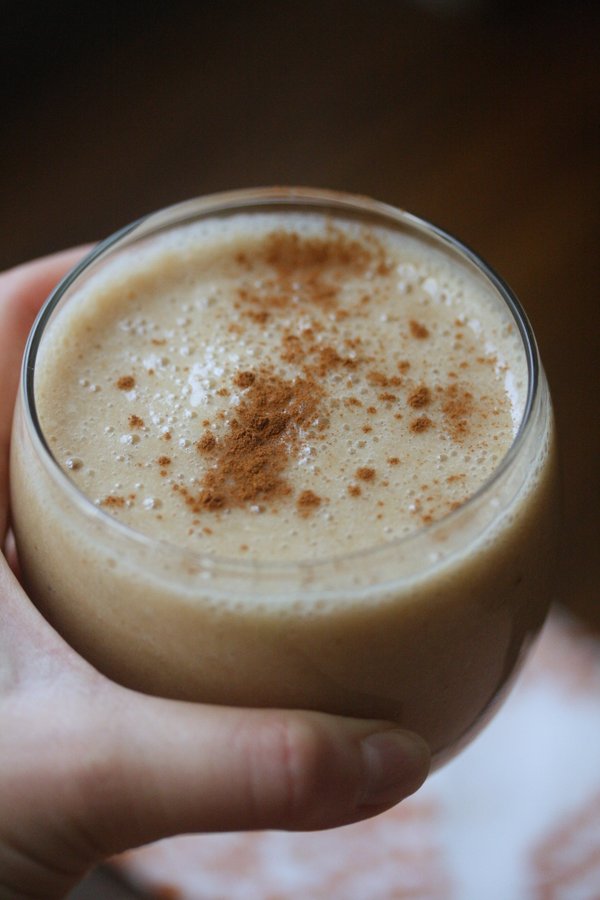 I love the idea of getting a little caffeine from my morning smoothie, and thought banana and Chai tea would make an excellent combination. Like most smoothies, you can mix and match the add-ins – coconut milk instead of almond, ground ginger instead of fresh, agave instead of honey. The result is all the same: the blender will be dirty, and your breakfast will be delicious. 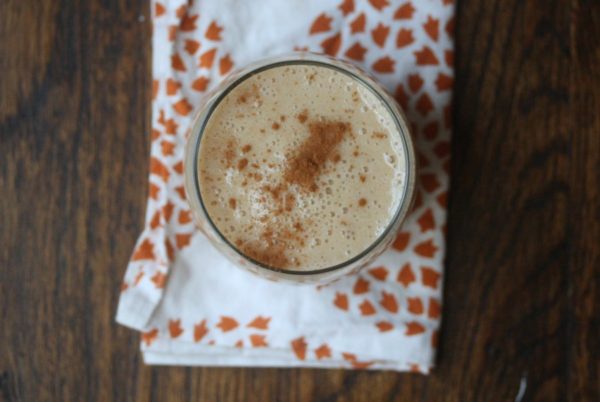 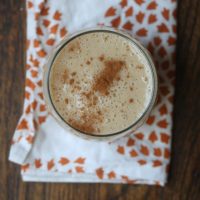 Print Recipe
This is one of those room temperature smoothies. If you want yours colder, simply store the finished smoothie in the fridge until ready to drink. I used organic Tazo chai teabags for my concentrate. If you have loose tea, simply use a scant tablespoon in a diffuser.
Total Time 15 minutes
Servings 2
Author Phoebe Lapine

If you make this, tag @phoebelapine and #feedmephoebe - I'd love to see it!
17 shares