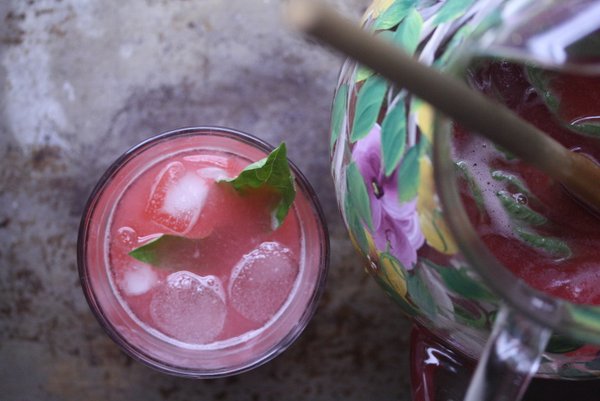 When most people think of pink lemonade, it conjures a certain type of nostalgia: tales of sidewalk stands, precocious marketing tactics, hot summer days, innocence and early entrepreneurship. For me, not so much. When I take a sip of pink lemonade today – the Minute Maid, red dye no. 37 kind – I think of college and vodka, off dance floor make-outs and vom-seshes.

You see, back in the day – like, throughout my tenure in higher education – I battled long and hard to balance my need to be a cool party girl and the truth that I was indeed a musical theater nerd. Freshman year of college, these two opposing forces were on over-drive as I tried to push both hobbies, drinking and singing. Luckily, my new cool girl friends had equally nerdy sides of themselves and were much more accepting of the fact that I was often in rehearsal until 10 o’clock at night when I should have been pre-gaming in a dorm room with them.

The solution – the one thing that got me through and formed the peace bridge between my two selves – was a bottle of vodka and pink lemonade.

For some reason, at my school Wednesday night was the party night. And every Wednesday, Kate, who remains to this day a true champ of a friend, would meet me at the theater’s stage door with a bottle of vending machine Minute Maid mixed with a healthy amount of vodka. She’d thrust it in my hand and say, “come on, let’s do this.” We’d stroll down the hill to the river, mosey over to the line stretching around the corner of the bar, finish the bottle of lemonade, cut the line, and the night would begin. And thanks to that vodka pink lemonade, it would almost always end badly.

By Sophomore year, I learned many lessons. First, never sign up for a class that meets at 9am on a Thursday. Second, even with that precaution, vodka lemonade from the vending machine is never a good idea.

These days my competing personalities have waned in favor of just the nerdy side. And when it comes to childhood beverages like pink lemonade, I’ve been trying to reprogram my nostalgia to a time long before Wednesday night dance parties, when I was making two-for-one Dixie cup deals. But since the taste of store-bought pink lemonade still makes me want to vomit, curl up in the fetal position, and sleep until noon, I’ve taken to making my own version.

This lemonade gets it’s pink party on with the help of some raspberries. The fresh basil makes it irresistibly summery. And also, in my opinion, would warrant a higher price point if you were, say, to sell it on the side of the road to Yuppies on bikes. Keep a pitcher of it in the fridge, give it to your child to sell, or if you’re still in touch with the party girl within, mix it with a little vodka or gin. It still does the trick. 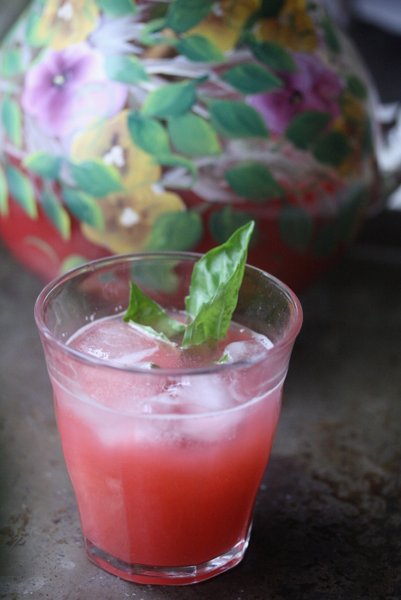 If you make this, tag @phoebelapine and #feedmephoebe - I'd love to see it!
5 shares