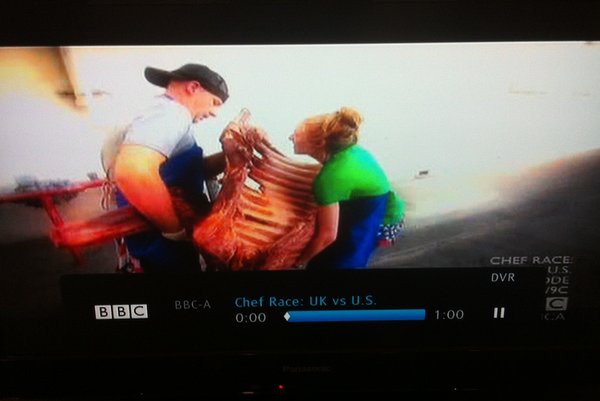 Okay, so it took me a little longer to put together these thoughts on episode two than I expected. I was away this weekend reliving some of the glory of tonight’s episode. I had an epic time in Vermont camping out with a bunch of my college friends, roasting a whole pig, hunting pheasants, drinking hot toddies, and dancing the night away to a local band’s rendition of Wagon Wheel. I certainly endured the elements better than I did in Grand Mesa Colorado with cameras in tow. But you’ll have to tune in to see what happened there.

After we finished filming episode one, I thought: okay, this isn’t as terrifying as I thought it would be. We made $700 making $30 worth of sushi in a bathroom. Then the back of those refrigerator trucks flew up, and I knew this would not be my episode to shine.

The show thus far has had trouble keeping up with the full cast of characters. There are a lot of us, after all. And at the time, we felt a similar pressure to prove our relevance and find our role within the team. For some, that meant being the resident douche and treating everyone else like five-year-olds. (Not naming names!). For me, it meant selling the sh*t out of that bison.

The action in the kitchen was certainly more exciting for the cameras. But the people out on the streets knocking on doors were the unsung heroes of the competition. Bianca, Don, and I did a lot of this in episode 2. And had we not been out there selling that meat, we would have lost by a lot more than $150 – and Cody and Stan would have had much more than a paper bag’s worth to shove into that gas station garbage can.

Bianca and I were shameless about asking for money. The trick we employed early on, at that first frat boy brunch, was to have a tip jar. We weren’t allowed to accept money for anything other than food, but if people had eaten something we’d made and liked it, then all bets were off. I did the same thing at Dublin’s in Albuquerque and added over $100 more to what we made at the restaurant. As Don Peavy would say: you gotta werk.

This brings me to the great bison-in-the-bag debacle. When we were doing our fire sale on the street corner in Santa Fe, I was handing out free samples of the roast bison and getting $5 to $10 from tourists who wanted to support us, but didn’t exactly want to bring a marinated bison strip steak back to their hotel room fridge. I got pulled away by production to do an interview, and when I returned that bison meat was no where to be found. I asked Cody about it, and he said it was our lunch and not to bother selling it. I pushed him on it for a little while, but as would soon become the case for all of us, I didn’t have the energy to fight about it.

I should have known there was something sketchy in store for that meat. The edit made it seem like Stan and Cody didn’t know that what they were doing was wrong, but one look at Stan’s face in front of the judges, and the conversation I had with Cody prior, might say otherwise. They just didn’t think they would get caught. Funny thing about cameras and mics, eh? The weird thing is that I still don’t know what the motive was. Perhaps just laziness…?

I was bummed to see Robin go. I was rooting for a woman to win the whole thing, and she was a pretty strong one. Luckily, there are still a few more in the mix. Cough cough. 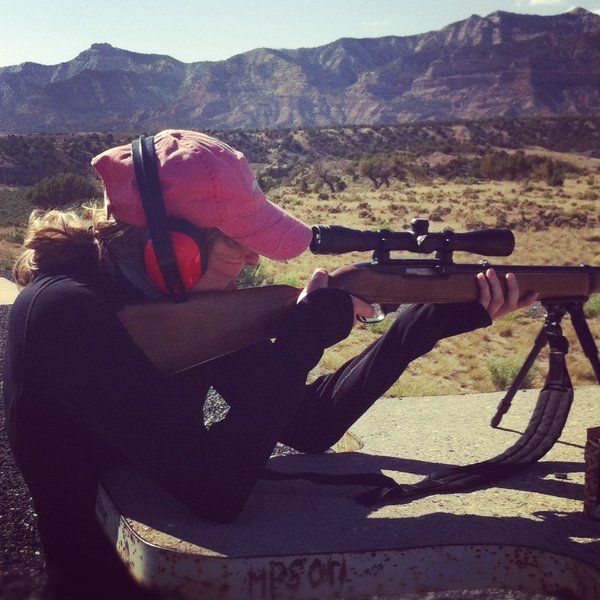 Tune in tonight at 10pm for the Colorado wilderness episode. That’s me above practicing my gun skillz. Catch a sneak peek here!