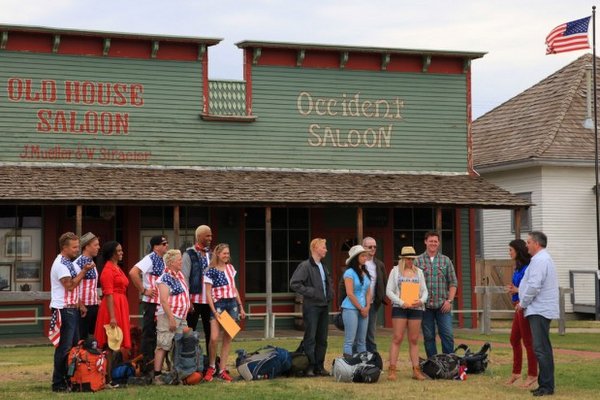 Last week’s episode was a fun one, both in real life and on the small screen. I mean, what could be better than being given free license to say dick and balls as much as you please to a bunch of God-fearing Midwesterners on national television? This might be the last shred of fun we saw on Chef Race, if scenes from tonight’s episode are any indication, so it’s the fun I’m going to focus on in this re-cap.

The people of Dodge City, Kansas were probably the nicest and most generous of anyone we encountered. Not only did the ladies of Boot Hill Museum offer us their kitchen, banquet hall, and fridges full of brisket, but they also gave us costumes. The nightly meal we took over usually included a full variety show lead by the master of ceremonies, Miss Kitty the cancan girl. I helped Bianca make the batter for the spotted dick, and then I suited up in a bustier and fishnets. I spent the afternoon papering the town as Miss Kitty to get as many bodies as possible to the meal, and I stayed in character until nightfall (twist my arm!). As I was walking around with the tip jar later that night, I felt a little bit like a high class Hooters waitress. But I’m a team player, so I’ll do whatever it takes to sell more dick. 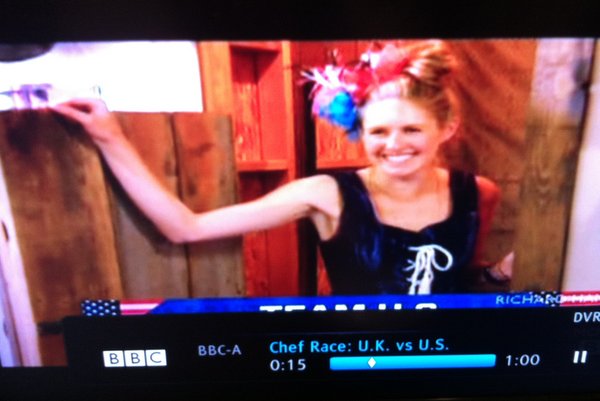 Don lead everyone in a chorus of his youtube hit single, “Jump into my Pool, I will get you Wet.” And it was fun to see everyone enthusiastically join in, and then their eyes bulge when they realized the lyrics they were singing.  The evening ended with the official Boot Hill Museum gunfight -not to be confused with the sword fighting that goes down in the kitchen 80 percent of the time on team USA. The gunfight was a great opportunity for every aspiring thespian in Dodge City to grab a cap gun and a cowboy hat and pretend to die a quick lawless death. All in all, it was a very successful night. And to cap it off (har har har), we got to keep the hats! 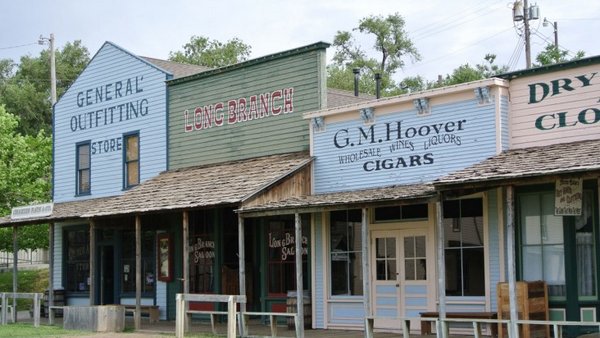 Which brings me to the next fun part of this leg: drunk shopping. Since the first episode, they haven’t shown either team enjoying the winner’s meal. It was usually at the restaurant where the elimination challenge was taking place. In the case of Colorado, we enjoyed a picnic outside with a bunch of delicious meats and cheeses, but only one lousy bottle of wine between the seven of us. If you haven’t gotten the memo, chefs like to drink. So you can only imagine how much chefs who’ve been starved for 3 days in the wilderness like to drink. 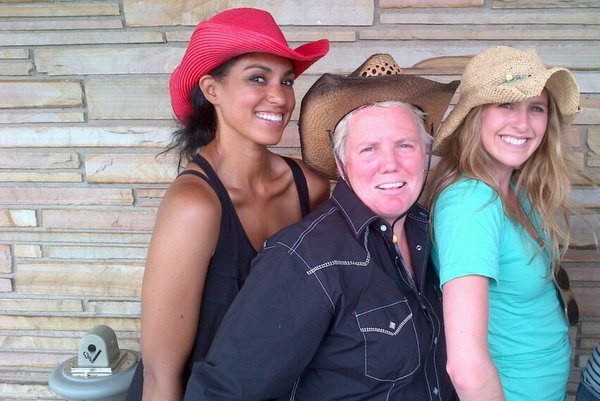 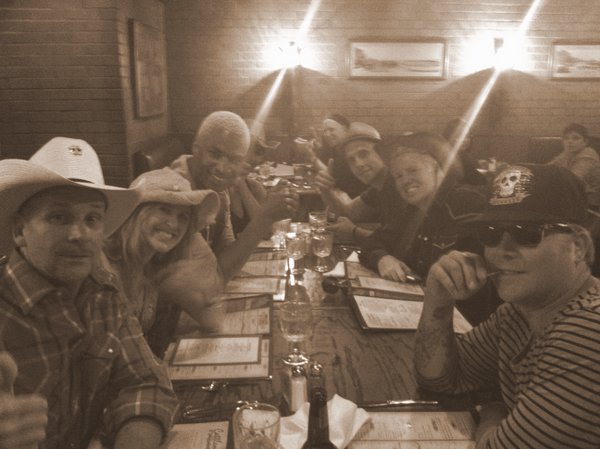 The producers made a huge error in leaving us unchaperoned at Cattleman’s Steakhouse. Perhaps it was the residual anger from being deprived proper winner’s libation in Grand Mesa, or the on-going bitterness that the thousands of dollars we made from week to week most likely went towards Claire and Richard’s dry cleaning bill, but we took one look at the wine list and decided to order the most expensive bottle in the restaurant. And then we got 6 more. 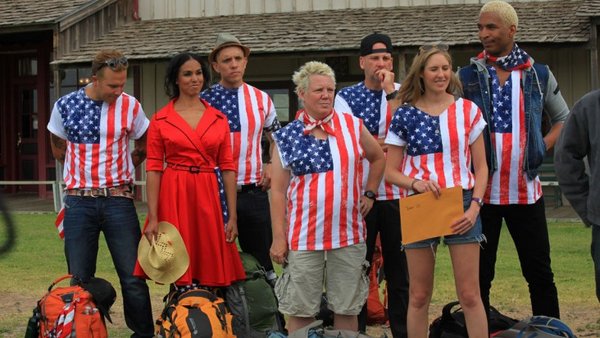 After a few lamb fries, a large steak, and a bottle of wine each, we were in perfect shape to go shopping for cowboy hats to add to our growing collection. I came away with this beauty (below), and feeling overwhelmed with drunken generosity, I bought Pippa this handsome Stetson. Don Peavy almost bought a pair of chaps. And I wish he had. His previous drunk shopping purchase included the American flag T-Shirts from Walmart that we wore throughout this episode. 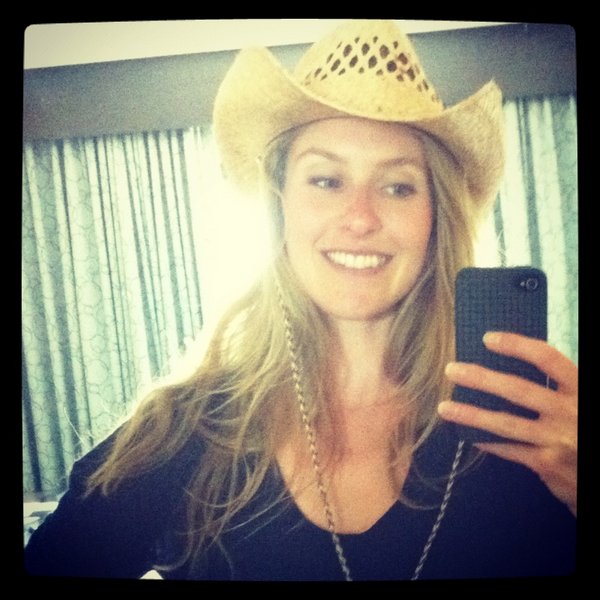 I was sad to hear that Carlo dropped a ball in the Brits’ elimination challenge. We had finally bonded over a casino lunch buffet before starting that leg of the challenge. But such is life! On Chef Race, at least.

Cowboy hats in hand, we boarded the bus and trekked on to Fort Smith, Arkansas. The Americans slept off lunch, and by the time we arrived we were ready to let off some more steam. I don’t know what made the producers change their tune – maybe seeing what depriving us of our basic alcoholic needs would cost them? – but for the first time we were let off our leashes and allowed to leave the hotel. That night, we managed to find the only gay bar in all of Arkansas, drag queen cabaret and all, and danced the night away.

Tonight’s episode is one I’ve been dreading for a while – where the much anticipated “this is bullshit” comment hails from. I refer to it as the episode in which I lose my shiz. But when I said as much on facebook, Pippa replied, wasn’t that multiple episodes? Guess you’ll have to tune in and decide for yourselves…