You’ve heard me lament the sensitivity of the smoke alarms in our new apartment. This means that unlike my white skinny jeans, quick meals on the grill pan are not coming back into season in my kitchen. 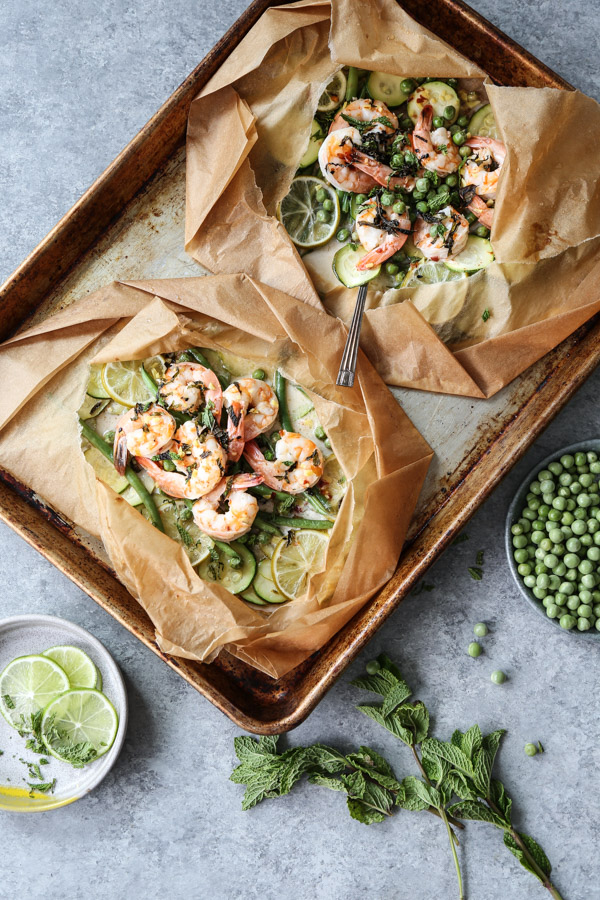 Instead, my strategy for summer is leaning on quick-cooking meals like this coconut lime shrimp recipe that ensure the oven only needs to be on for as little time as possible.

You can easily throw together this combination of coconut milk, fresh ginger, green (low-FODMAP friendly) veggies, and lime juice on the stove-top. But I love the way cooking seafood in a parchment or foil packet keeps the vegetables perfectly tender, yet crisp. 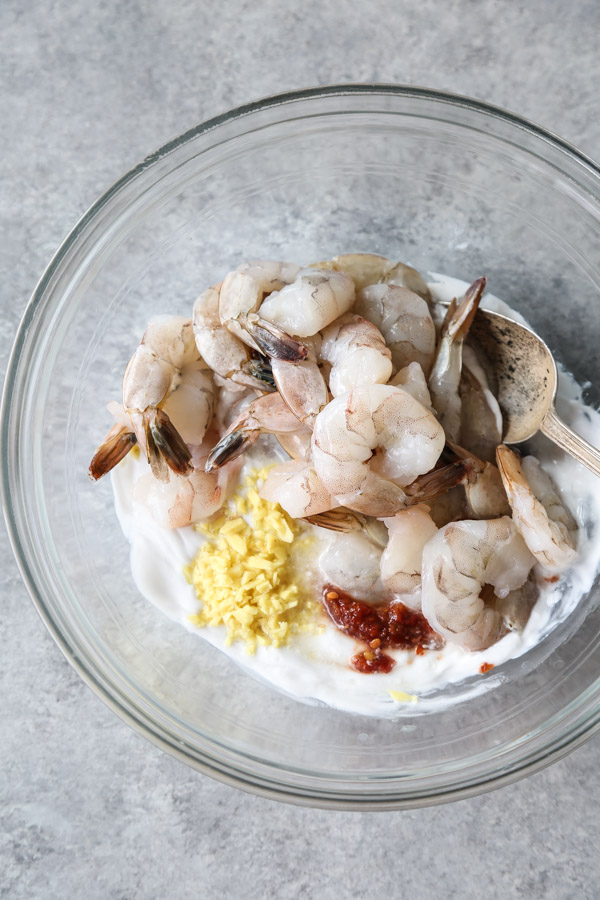 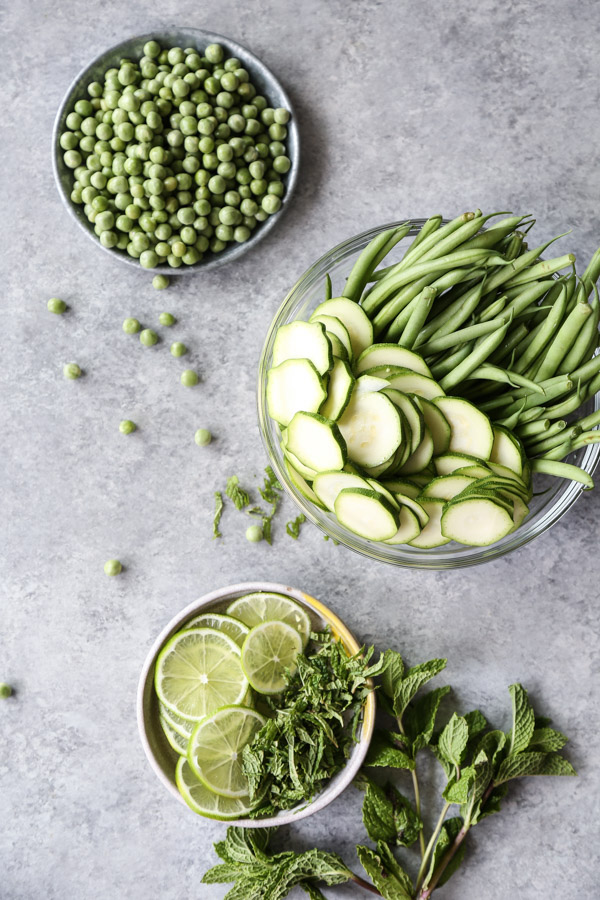 During the winter months, a slow-cooked coconut curry with melted (i.e. limp) vegetables is par for the course. But during summer I love honoring the fresh bounty with just a quick and simple steam.

If you’re new to the “en papilliote” technique, I’ve included detailed instructions below. It’s a fun activity for a dinner party as everyone can load up their packets with their desired ratios of veggies and fold it themselves. They always end up looking slightly different, but you can also use a pencil to label everyone’s names. Then it’s just a quick 10-minute trip to the oven and dinner is served. 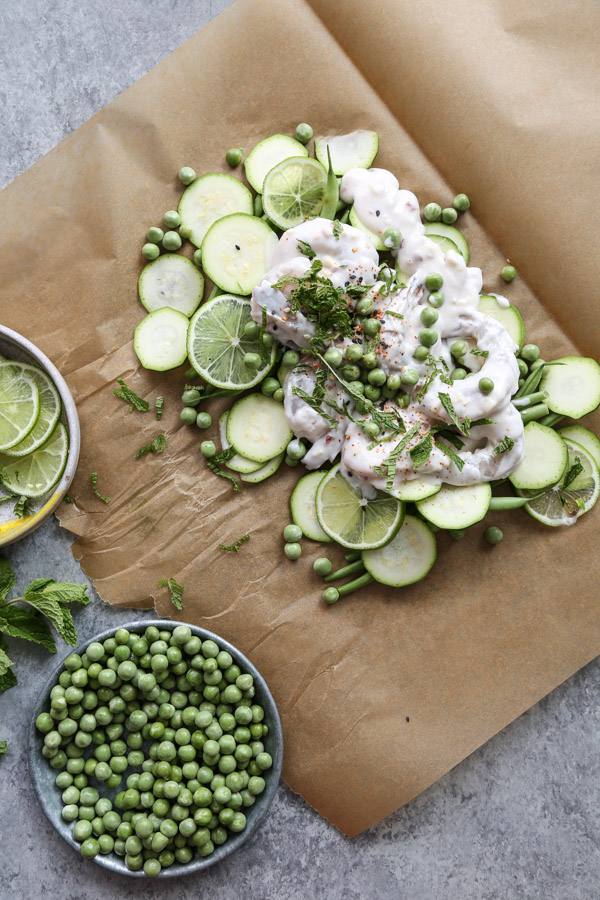 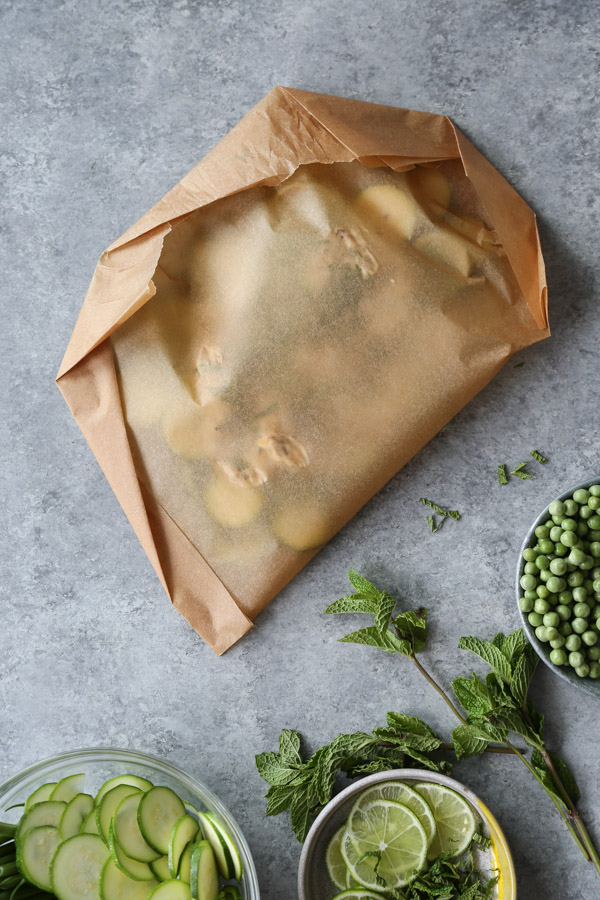 As much as I love an old-fashioned shrimp boil in foil with corn, potatoes and old bay, this Asian-flavored version is lovely, mild and packed with many more nutrients. First, using parchment paper is always preferable to aluminum, which has been linked to a host of chronic ailments. Second, these packets are packed with zucchini, green beans, peas and mint versus starchy veggies that aren’t as good for SIBO recovery. 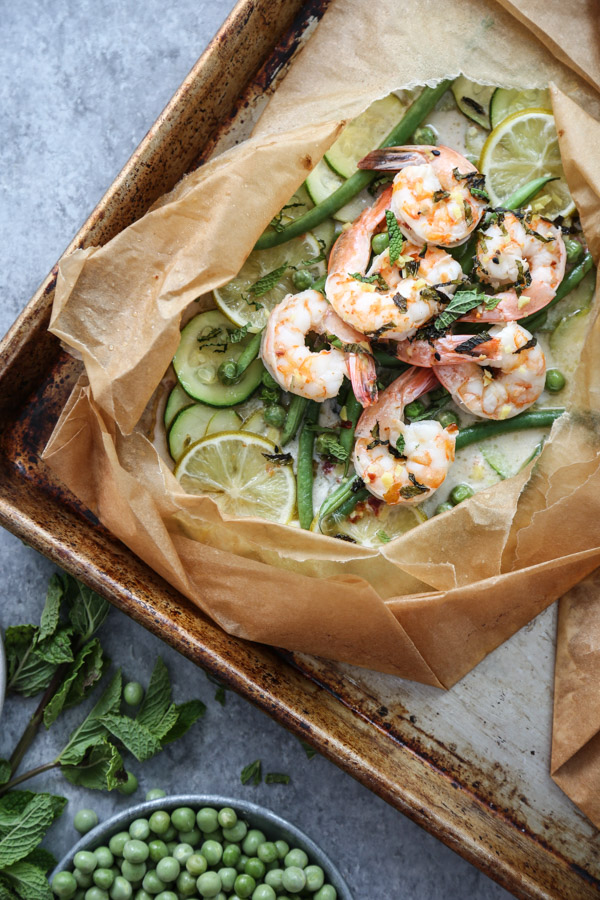 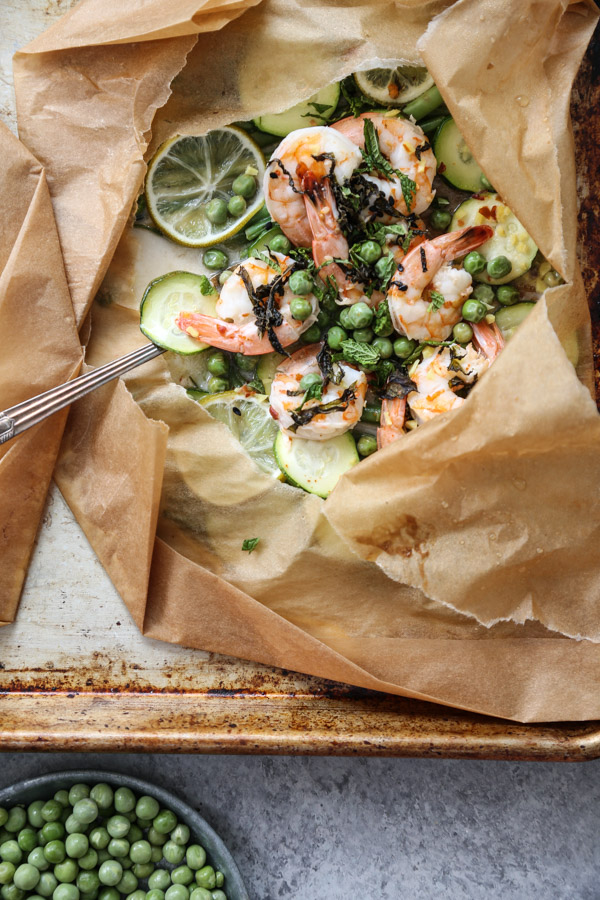 It’s a fabulous quick dinner that also happens to be paleo, Whole30 friendly, anti-inflammatory, low FODMAP, and all around delicious. 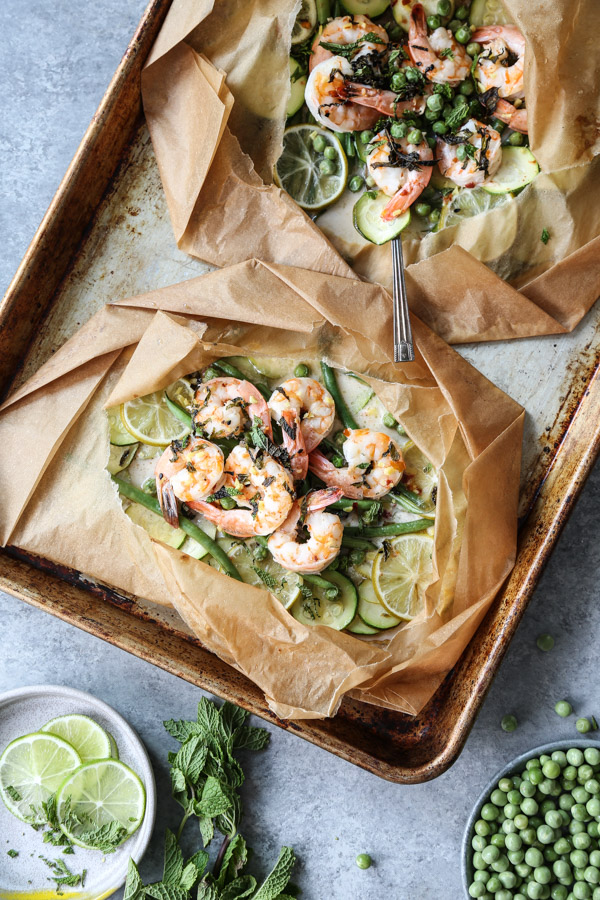 As for me, I’m spending a few days in LA after a restorative and informative (!!) weekend in Arizona at Mind Body Green’s Revitalize conference. I can’t wait to report back on all the things I learned and get home to start developing recipes around them. 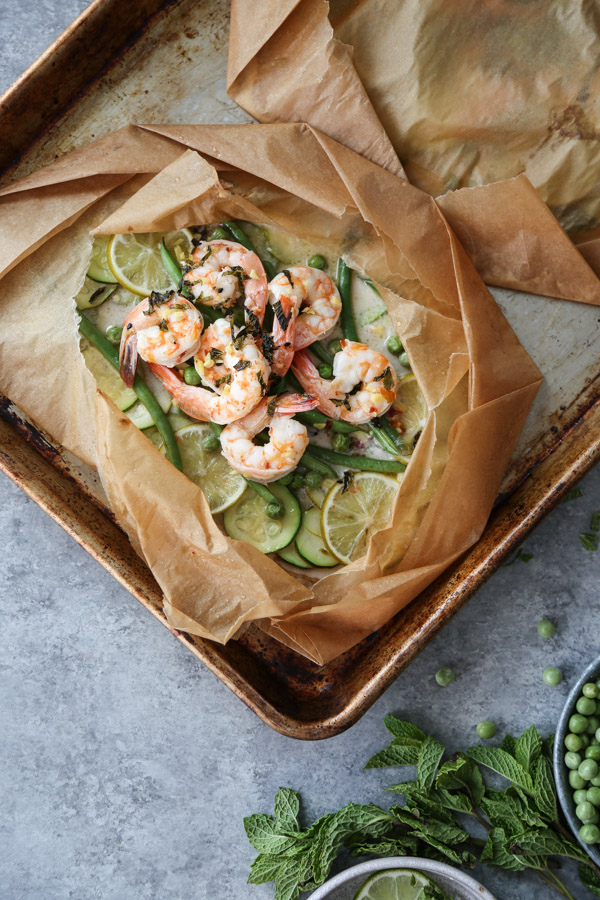 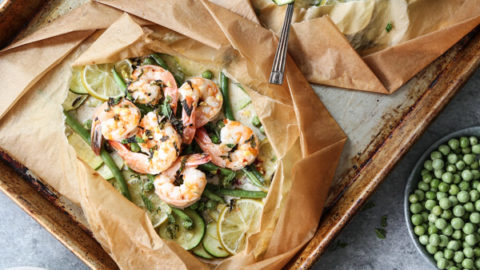 For Whole30, sup a compliant Sriracha sauce for Sambal Oelek and omit peas.

If you make this, tag @phoebelapine and #feedmephoebe - I'd love to see it!
932 shares