Mexican mornings and I go way back. 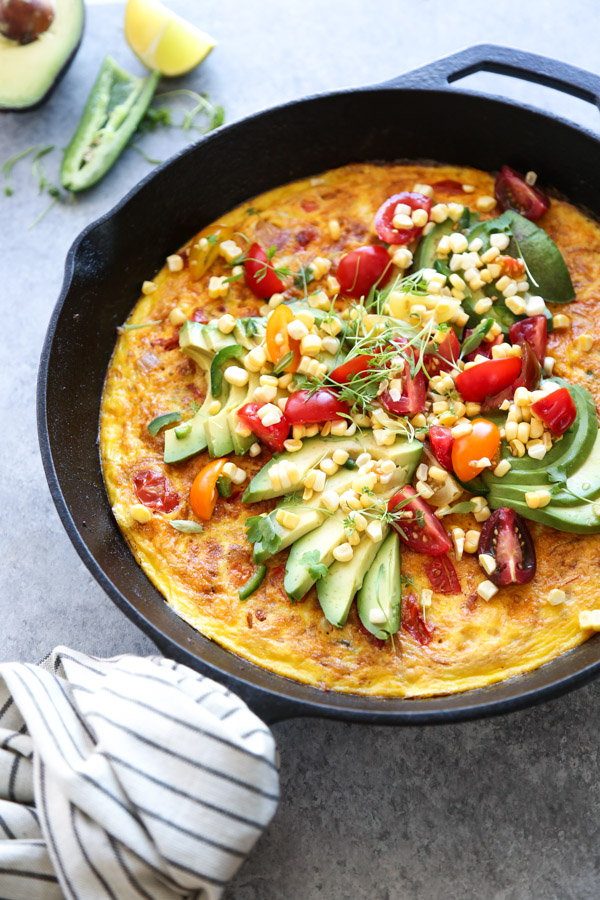 Before there was this tricked out easy breakfast frittata recipe, my oeuvre primarily revolved around the burritos I pioneered when I was 6 years old.

Yes, that was not a typo. I was 6. Pre-braces. Mid-gap toothed attention seeking phase.

The story of Phoebe’s Restaurant, which I opened once a summer from 1992 – 1994 to a captive audience of relatives who had no choice but to come down to the kitchen for breakfast, is where my food narrative begins. It’s one of those Steve Jobs-esque connect the dots life events. Only no one at the time would have suspected that I’d end up “making it” in the food world…because the food at Phoebe’s Restaurant was really really bad. 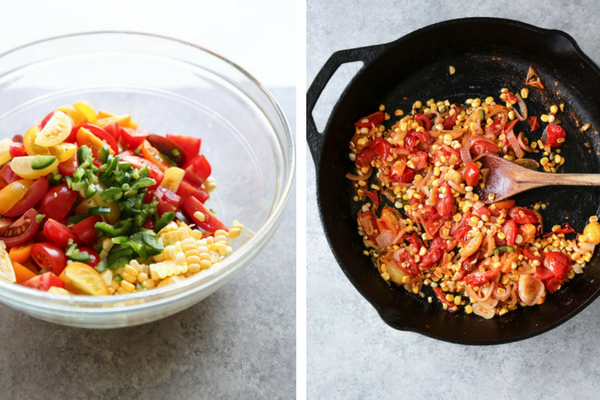 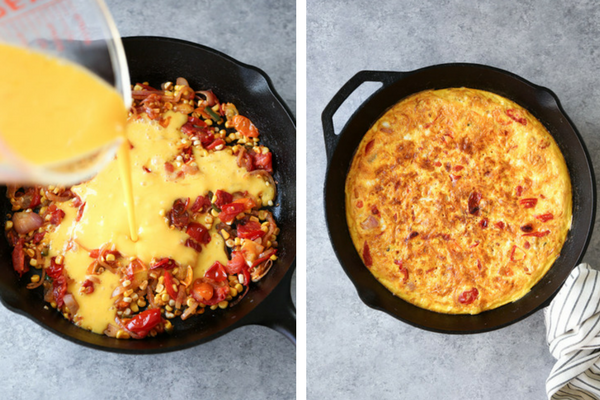 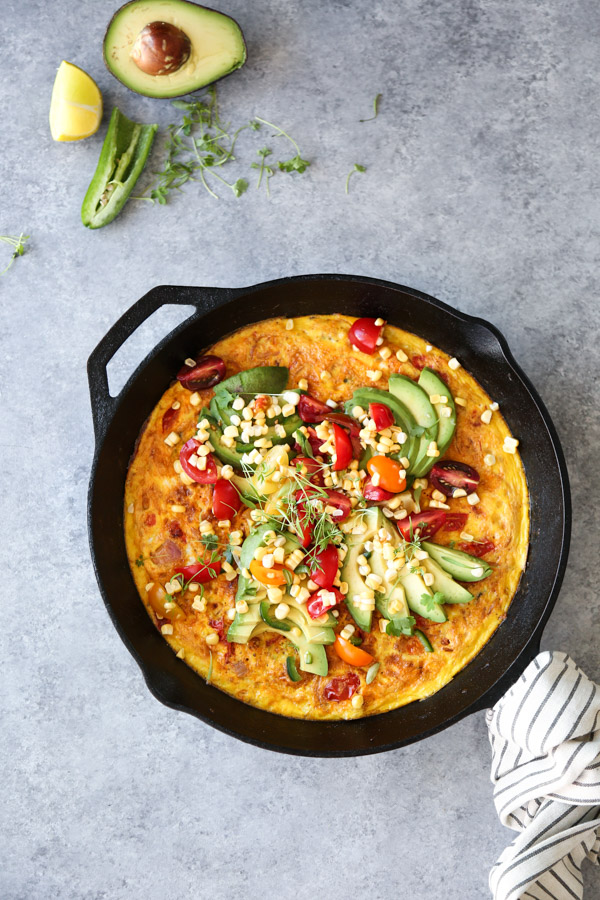 There was only one item on the menu: Phoebe’s Famous Breakfast Burritos. And there wasn’t anything particularly Mexican or burrito-like about them. It was simply overcooked scrambled eggs in a cold flour tortilla that you had to roll up yourself.

Eventually in my early 20’s, after a forced decade long hiatus, I learned to perfect my craft with the big kid version: a boozy breakfast burrito bar complete with Mexican hot chocolate that was spiked with cheap Gorgi’s vodka. 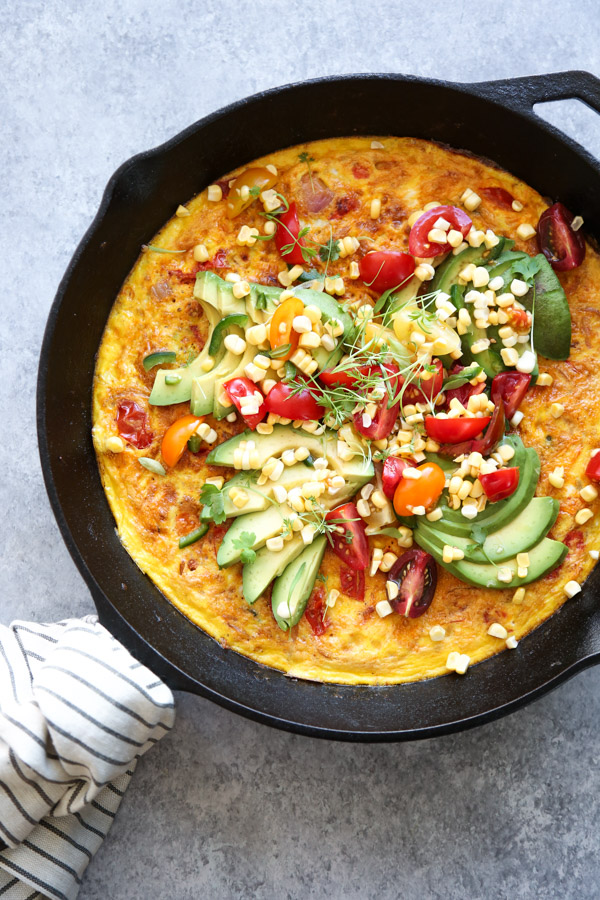 Phoebe’s Famous Boozy Breakfast Burrito Bar was a staple at every summer share house and winter birthday brunch, and the audience didn’t have to fake their enthusiasm for the meal. Though they weren’t related to me, they were hungry (and usually hungover) with no cooking skills to speak of. Or, at least, the level of cooking skill that would lead someone to make a grilled cheese sandwich directly on the electric stovetop as if it were a George Foreman.

Each of these dots is influential and memorable in its own right, and more importantly, they are progression points that have lead me here: to this Mexican Frittata with Fresh Corn Salsa and Avocado, the perfect dish with which to continue the third decade of this breakfast saga.

Now that I’m in my 30’s boozy brunches have taken on a different vibe and much smaller headcount. The cocktail of choice might be these small batch Raspberry Lime Ricky Margaritas or Gingery Pimm’s Cup with fresh tarragon. And the main event is equal parts easy, seasonal and elegant. 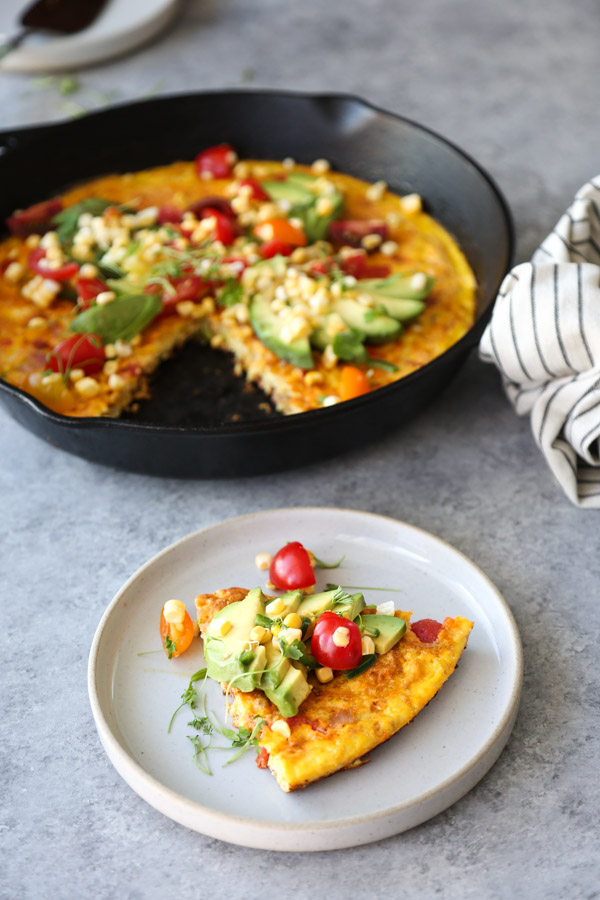 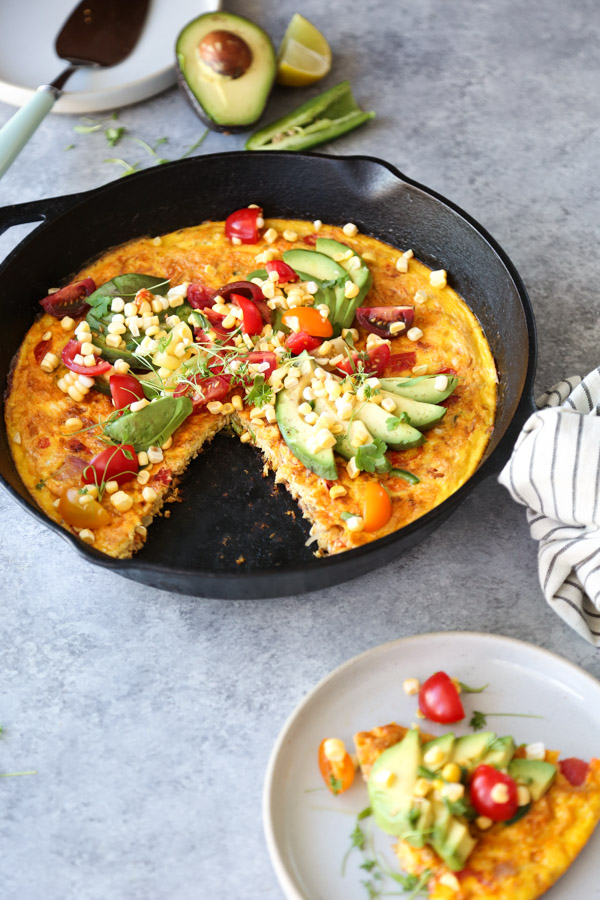 The beauty of this breakfast frittata recipe is that it combines the best fresh Mexican flavors—cherry tomatoes, corn kernels, jalapenos—and has them do double duty as the filling for the eggs and a festive topping. You get the best of both worlds, texture-wise: the sweet caramelized vegetables swirled throughout the frittata, and a fresh bright bite on top.

Frittatas are always a fantastic make ahead brunch option for a small crowd, and since Cinco de Mayo falls on a Saturday this year, I thought it would be the perfect time of year to share my new grown-up Mexican breakfast creation with you. 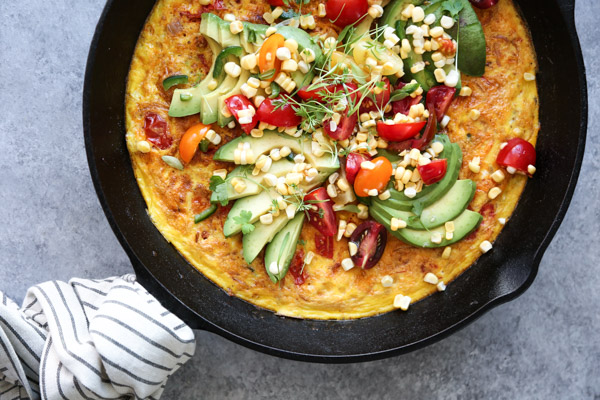 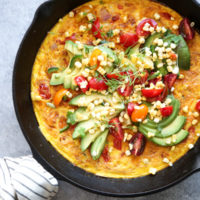 This easy baked breakfast frittata recipe is jazzed up with a ton of Mexican flair! It's filled with a spicy corn salsa that does double duty as a topping. If you're looking for a simple breakfast that can be made in the oven or stove top with lots of vegetables, this is IT.

To make this low FODMAP, simply omit the shallot and avocado.

The frittata can be made ahead of time, just wait to top it with the remaining corn salsa and avocado. You can serve at room temp or heat up for 5 minutes in a 350 degrees oven.

For a Whole30 option, sub corn for an additional 1 pint cherry tomatoes.

If you make this, tag @phoebelapine and #feedmephoebe - I'd love to see it!
1072 shares