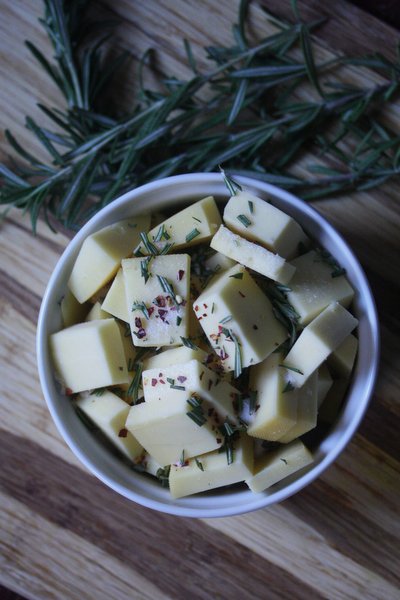 It’s been a funny transition from cooking for friends in a semi-professional way, to actually spending most of my days being paid to come into other people’s kitchens and MacGyver a meal. The most noticeable day-to-day change is that I’ve begun totally neglecting my stomach and the collective stomach of my friends.

If the tagline of this site and the title of this column is any indication, my love of cooking was born out of a love of feeding friends. Even the most well executed, over-the-top meal made for a client feels less satisfying than a grilled cheese sandwich prepared specially for one of my college roommates. Most holidays, I’m working. But New Year’s I managed to scoot away. And when I was planning the menu last month, I really wanted to go balls-to-the-walls.

I managed to pack in my suitcase a whole batch of these polenta cakes leftover from a big holiday party I catered. But knowing the friends who would be in attendance (among them, 7 very hungry boys), I knew they would not be enough to tide them over during the cocktail hour. I saw a recipe for baked fontina on Alexandra’s Kitchen earlier in the month, and it looked like just the kind of elegant, indulgent thing that one serves at a semi-grown-up dinner party to a room of semi-grown-ups.

The recipe was also extremely easy. So it was no surprise when I went online to look it up, and discovered that it was indeed adapted from Ina’s last book How Easy is That? I assembled the whole thing the night before, minus the olive oil, and simply baked it off once everyone had arrived the next day. I decided to just use rosemary and to add some red chili flakes to the mix, and since there was a 10-pound bone-in leg of lamb in the oven, I had to cook it in there instead of under the broiler.

No matter how you spin your version, if you stick with the garlic and rosemary, your house will spell mind-blowingly good. I seriously wanted to eat the air. Serve it at your next gathering, perhaps during the Super Bowl, if you want to get away from all that synthetic melted queso. I’ve already brainstormed adaptations with red wax gouda and herbes de Provence.

Since it’s the New Year, I’m trying to be better about treating the hungry souls in my inner circle with more love and respect, as far as meals are concerned. I’m going to be paring down my private chef-ing and only taking on bigger events. Work smarter not harder, as I always say. Hopefully this will mean more time for friends, and those friends can expect to be eating a lot of baked fontina. 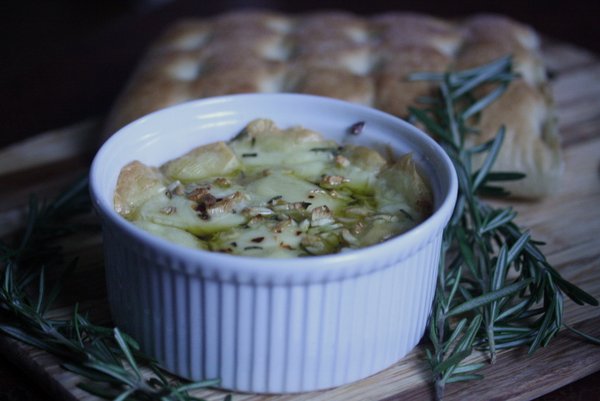 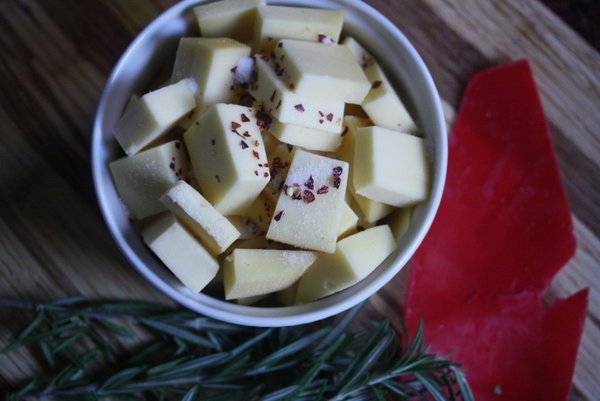 No ratings yet
print recipe
This recipe is great with Danish fontina, which comes in a red rind and is much more affordable than imported Italian fontina. In Ina Garten's version, she uses the broiler, which helps get the top super browned. If you have a good broiler, feel free to use these directions instead. I have some trouble with my broiler, so usually go the oven route. Also, even though my version is pictured in a deep ramekin, this recipe is SO much better in a small cast iron skillet, or at least a casserole dish that's very shallow so you can get maximum browning. I made it this way the first time, and it was all the more delicious.
Prep Time 10 minutes
Cook Time 10 minutes
Total Time 20 minutes
Servings 6
Author Phoebe Lapine 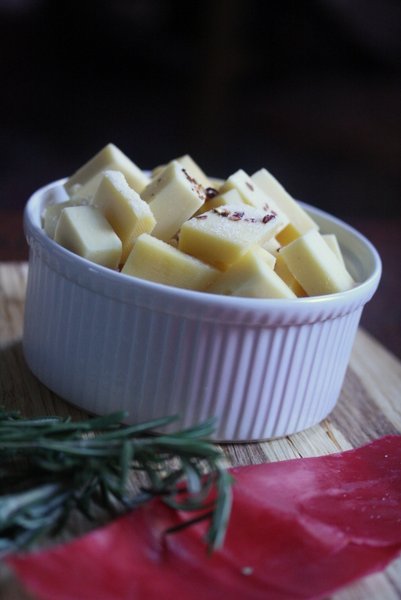 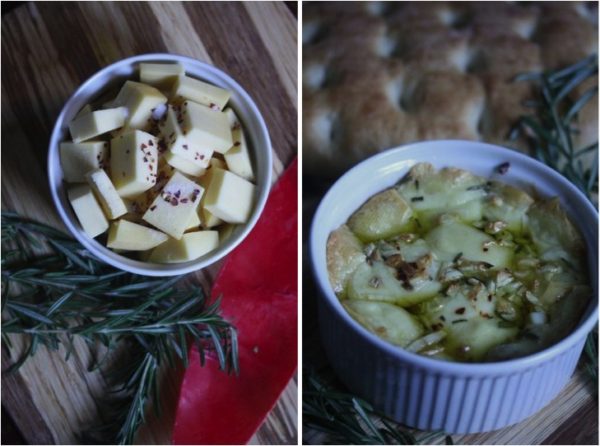 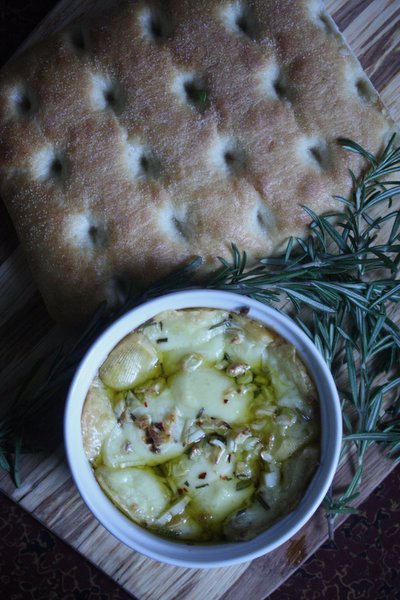