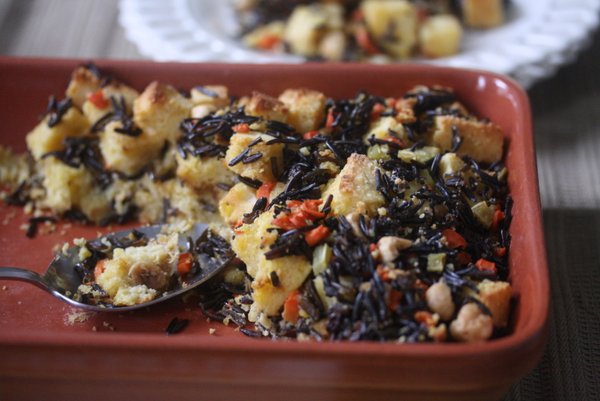 The extended Lapine clan takes holidays very seriously. And every year, at each occasion, it becomes more and more difficult to fit everyone in one room, even if getting everyone there is no problem at all. My Aunt Jen and Uncle Mark (still known to the kids as Uncle Porky) recently added an addition onto their living room in order to accommodate the growing number of children at Passover and the high holidays.

Thanksgiving is the one holiday that my branch of the family takes on, and my mother has been running the show with an iron spatula for the last decade. The event used to require winterizing the screen porch in our old house in Westchester so one long table could be assembled there. One eventful year included the water going off a few hours before people arrived. You can imagine the state of the dishes in the sink by the end of the evening, not to mention the bathroom that twenty people were sharing. Another was when my wheelchair-bound grandmother had a stroke somewhere between the turkey and the pie, and had to be fireman carried through the snow and driven to the hospital. 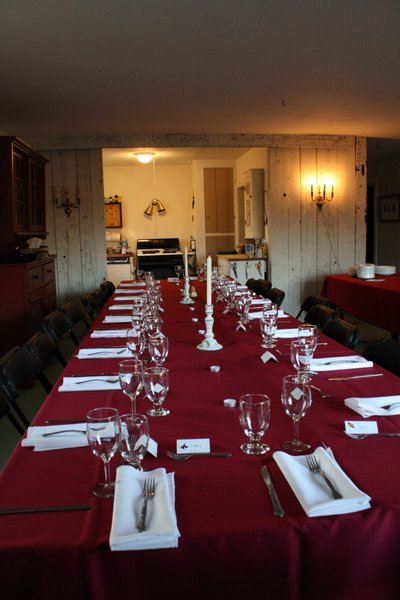 Since selling the house and moving its contents to a small rented barn a few towns over, Thanksgiving has posed an even greater logistical conundrum. The room is a loft-style space, and requires a long table stretching from one side all the way to the edge of the kitchen – i.e. the whole length of the house – and a second kids table to the side.

Last year, we learned that the number of Lapines in attendance would be pushing 40. That’s when the voices of reason in my dad’s head were drowned out by the more pressing idea to erect a tent in our gravel driveway and have Thanksgiving there. For the record, I thought this was a terrible idea. But it was not up for discussion.

There were no hospital excursions or overflowing toilets, but last year’s Thanksgiving, which included people attempting to fork cold stuffing, cold turkey, and cold sweet potatoes into their shivering mouths with gloved hands, was one for the books. My dad received his punishment in the form of a nasty cold. But sadly, as I feared, the stunt lost the three of us our bid on Thanksgiving altogether.

My cousins Noah and Holly will be hosting the holiday this year. My parents are running away to the Middle East and will be reminiscing about the not-so-heated tent over turkey shwarma. It’s been my Thanksgiving tradition for years to cook with my mother. You might even say it’s part of the reason I now do what I do. So I’ll be retiring my spatula too this year and headed down south to my friend Kate’s family farm. I’ve been promised a horse to ride and my own personal puppy for the weekend to cuddle with. I’m looking forward to joining someone else’s traditions and then figuring out how to find my place in our new family ones next year.

Since my yearly contribution is usually the stuffing, I developed this gluten-free version with cranberries and hazelnuts for Food Network’s #pullupachair Thanksgiving virtual potluck. The combination of cornbread and wild rice is something my mother and I used to do years ago, back when we had the screen porch and may or may not have had running water. If you’re a glutard at your family table, I suggest taking on the stuffing so you can enjoy eating it as well.

I don’t know where the month has gone. But I’m wishing everyone a very happy holiday next week, and if mishaps do abound, as they always seem to at my table, I hope you’ll embrace them as part of the ongoing traditions too. 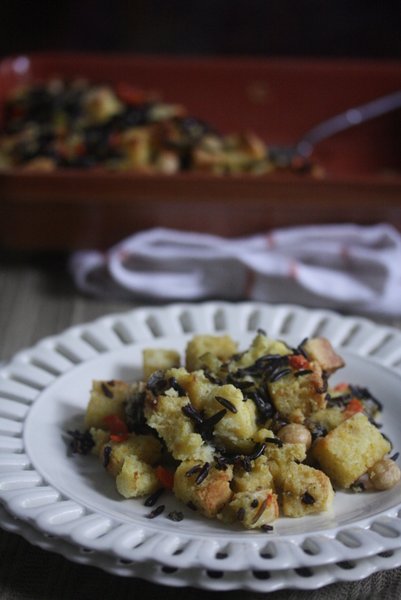 Cornbread and Wild Rice Stuffing with Hazelnuts and Cranberries 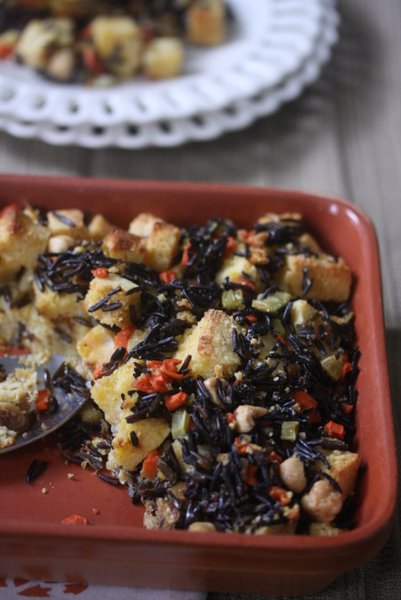 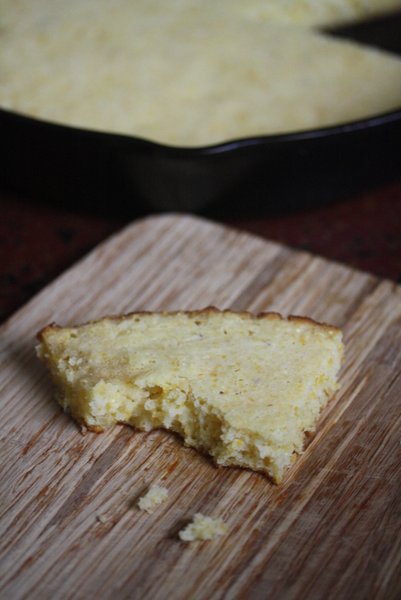