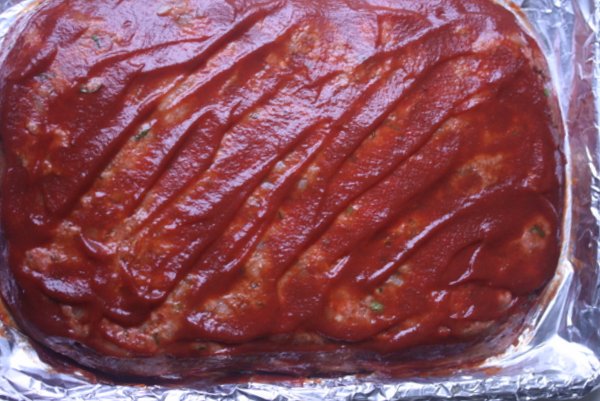 I’m currently sitting in my friend’s apartment in Palo Alto yelping taco joints in the Mission that I have to try before I hop a redeye back home later tonight. It’s been such a fun West Coast jaunt, mainly because of all the quality time I’ve gotten to spend with friends who’ve migrated out here. The food hasn’t been half bad either. Though I think I’m running the risk of turning into an avocado.

Of all the people I visited, four were former college housemates of mine. Which brings me to the subject of meatloaf.

Back in college, when I was still in my early stages of hosting, I used to throw meatloaf and margarita nights. We barely had any cooking supplies in our run-down Providence housing. But a sheet pan was a simple enough staple, and there always seemed to be some sort of pot to house mashed potatoes, even if I had to mash all 10 pounds of them with a fork (um, nightmare). These parties were always the more the merrier, and there seemed to be no better dish to feed a crowd than Ina Garten’s meatloaf.

Our house senior year may have been condemned right after we moved out, but my meatloaf traditions have lived on in much more civilized and sanitary habitats. Most recently, I threw a viewing party for the premiere of Chef Race and couldn’t think of anything more American or reflective of my cooking roots than meatloaf.

I always try to add a different twist to Ina’s recipe every time I make it. This time, it was a smoky Spanish version with three different types of paprika. I added a bit of a kick to the sweet and tangy ketchup topping, which made the creamy mashed potatoes go down all the more easily – much more so than my first taste of reality TV stardom.

This recipe has been on the back burner since October, mainly because the pictures are so bad. But when Food Network comfort food fest decided to honor ye ole meatloaf this week, I couldn’t resist. And I know you’ll forgive me the lack of visuals. More than ever, I’ve been reminded this week how much I miss those days of solo cup holding, haphazard hosting, and early morning cuddling with some of my best friends, whom now I only get to see once or twice a year.

I’ll be back on the East Coast by morning (otherwise known as 10 tacos from now). 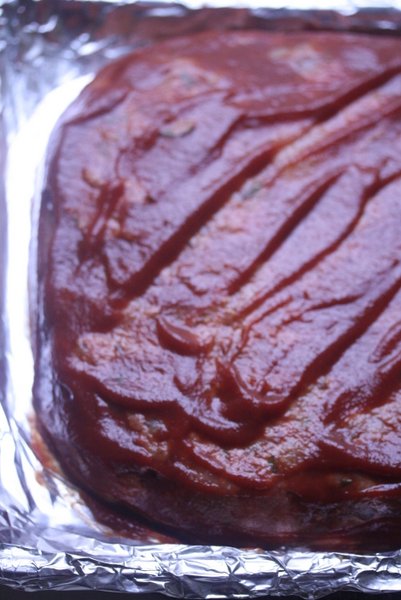 No ratings yet
print recipe
This meatloaf base is adapted from Barefoot Contessa - my go-to for both regular and turkey loaves. If you don’t have three paprikas, you can definitely substitute more of one or the other. I think the most important flavor is the hot smoked paprika since it really gives the recipes its smokiness.
Servings 6
Author Phoebe Lapine

If you make this, tag @phoebelapine and #feedmephoebe - I'd love to see it!
8 shares