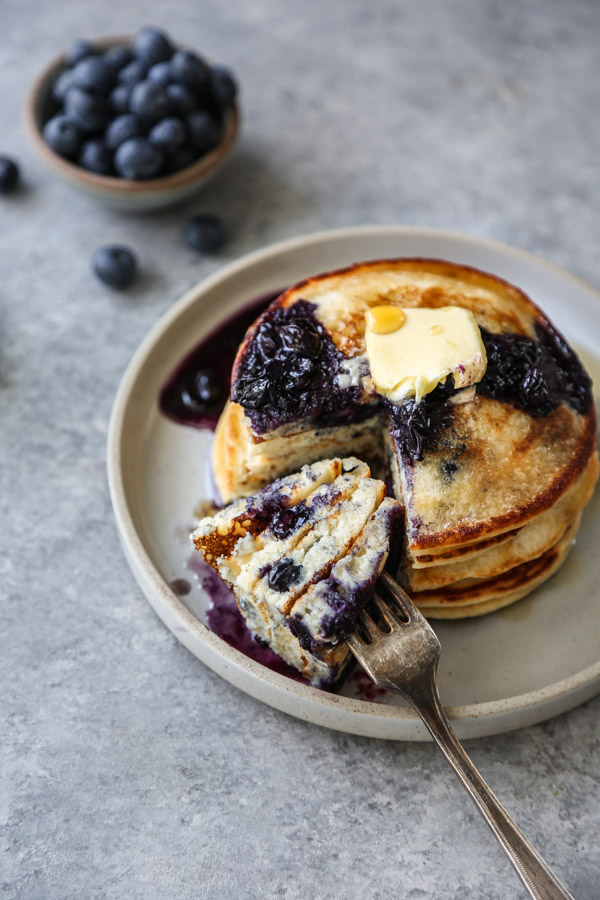 Sadly, it doesn’t involve him making me gluten-free blueberry pancakes. It wasn’t until a few years into our relationship that both of us realized his full potential as The Pancake Man.

Instead it involved lobster, rosé and extreme gastrointestinal problems.

The latter luckily did not outweigh the former, and hence, a romance ensued and the rest is history.

I do want to touch on those less scrapbook-worthy moments today, though. Since the elopement, you all have been asking about our early courtship. And if I’m being honest about those circumstances, there’s no way to get into them without also talking about the state of my gut when we met.

So let’s do this… 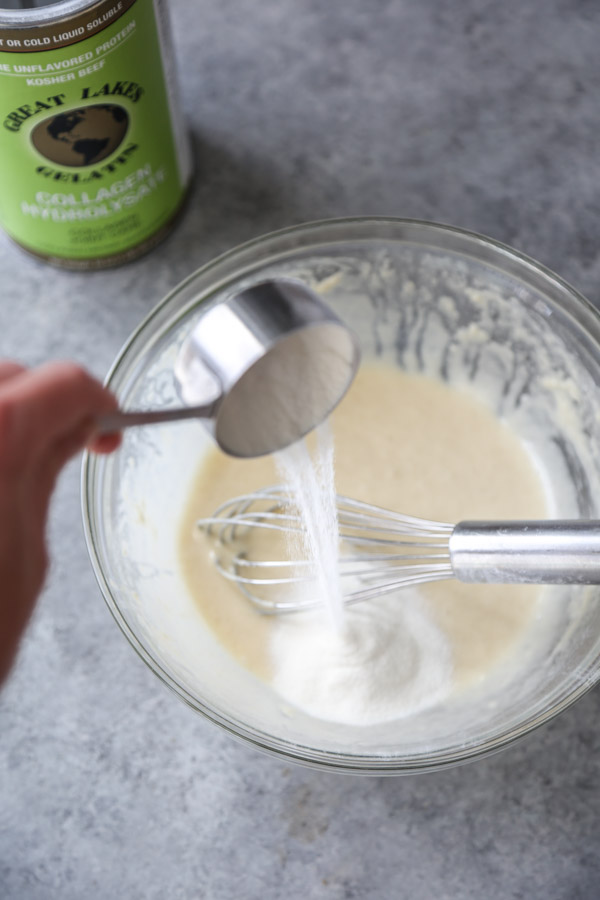 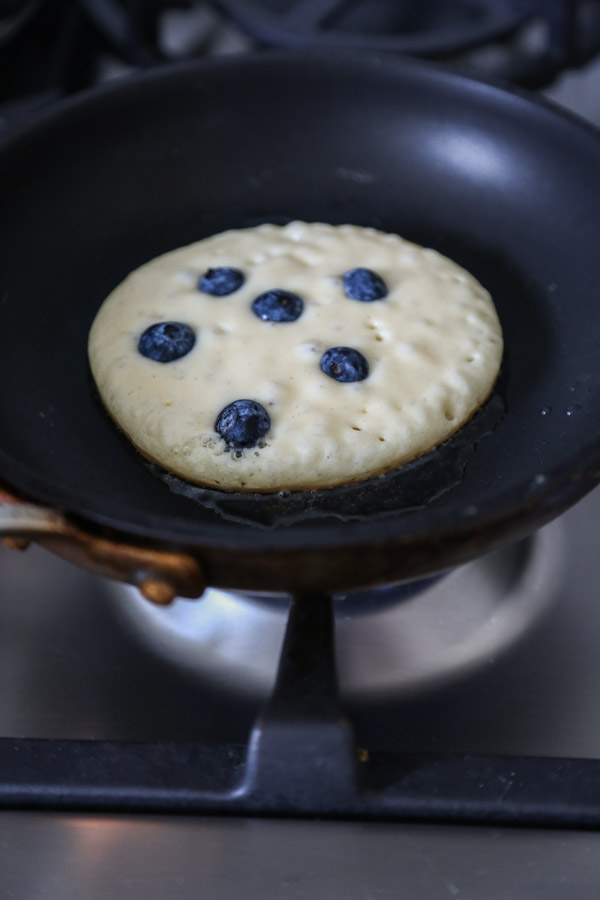 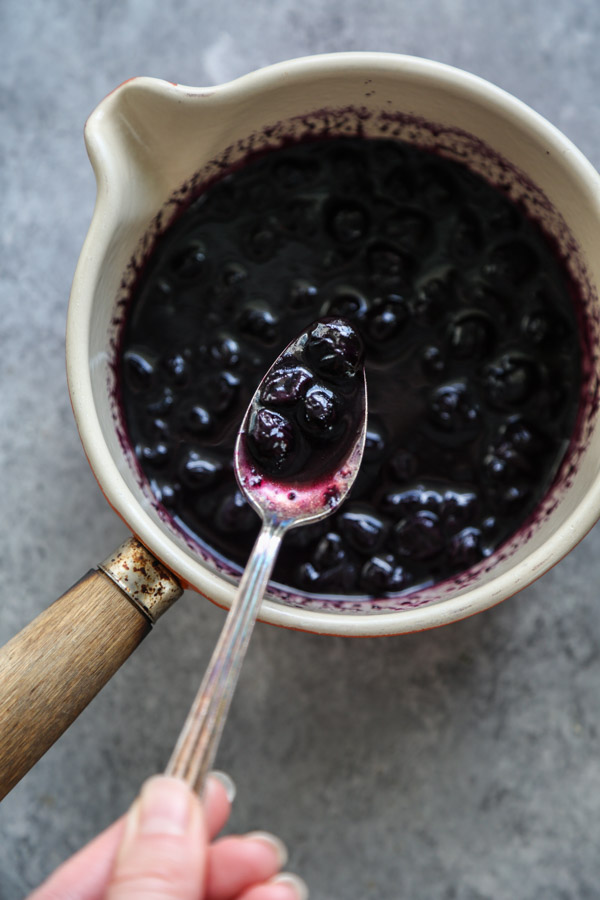 What’s most fitting about our elopement being on July 4th weekend is that we’ve long considered the holiday our infatuation-eversary.

Back in 2013, I had tagged along with a group of friends for a long weekend in Rhode Island, including my friend Sarah, whose birthday dinner a few months prior was the first time Charlie and I had had a conversation. (We’d both heard about each other for years, and apparently met several times that neither of us remembers).

Halfway through the weekend, our host ended up having last minute family members show up to take her extra rooms and we effectively either had to go back to New York or find a new place to stay in the area. Sarah called Charlie, who said we were welcome to crash at his house up the street. 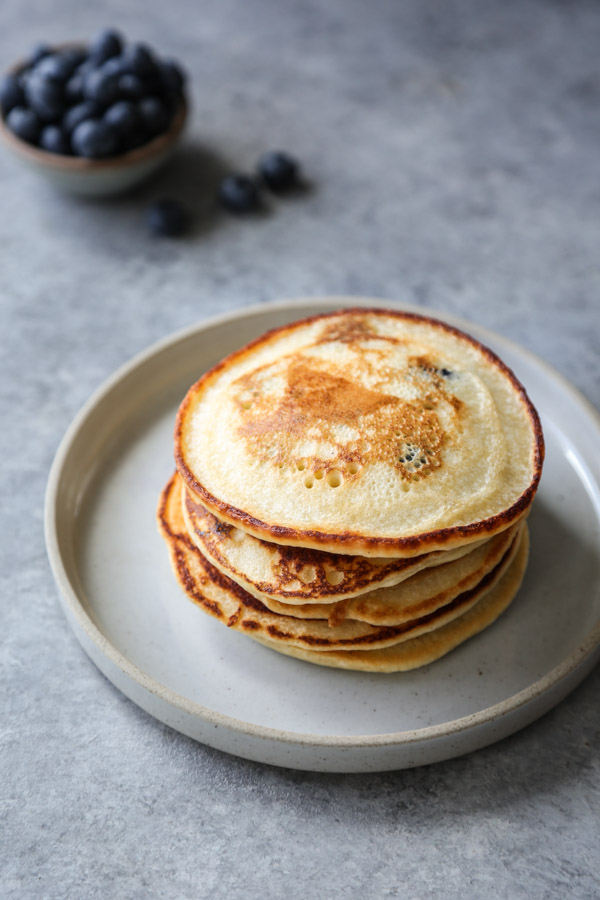 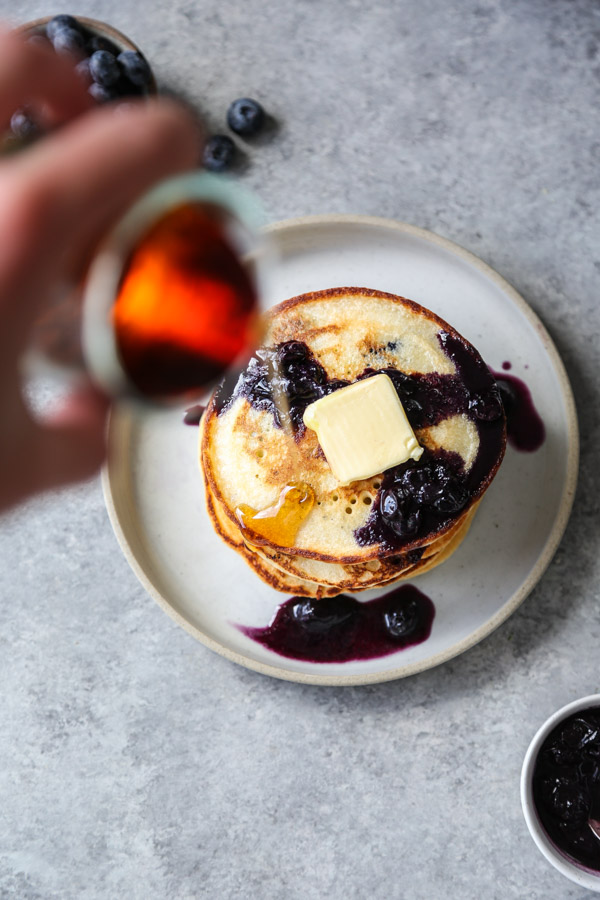 That evening, he planned an elaborate sit-down lobster dinner for fifteen people, all gathered around a makeshift plywood table in his backyard. The meal, though charmingly misguided in execution, reminded me a lot of my early days cooking for friends out of my tiny Manhattan apartment. Back then my love of food had nothing to do with nutrients: it was all about the nourishment of the surrounding company and a meal’s ability to put your own special brand of love on the plate for all to share.

I could see that Charlie understood this. That night, he slept on the couch in the living room and gave the four ladies his bedroom. It was such a kind gesture. My host was also classically handsome and just aloof enough to make me crave his attention even more than the rosé or lobster.

If you’ve read The Wellness Project, then you also know that weekend coincided with a real crossroads in my health journey. 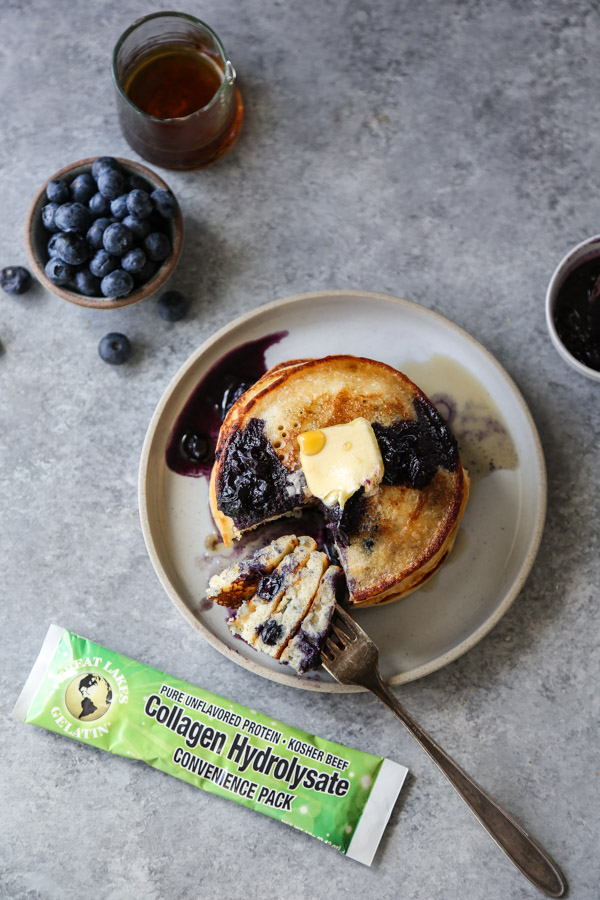 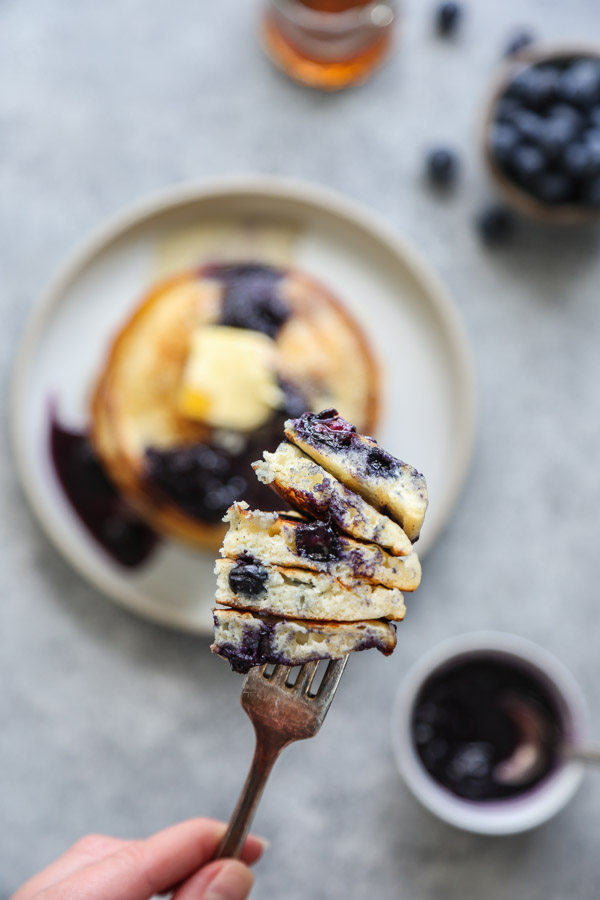 I was starting to take my Hashimotos more seriously and seeing a militant Greek endocrinologist. But I was still feeling torn between observing her lifestyle extremes and having fun. That weekend, though, between all the rosé I drank and the frosting I licked off the flag cake, you wouldn’t have been able to tell. Clearly, I had chosen fun.

And if the lead-in to this story was any indication, I also clearly paid the price for it.

The next day I awoke to a whole storm of bodily fuck-you’s. While the rest of the group nursed their hangovers with mimosas and Cards Against Humanity, I remained upstairs in Charlie’s bed in the fetal position treating my hot flashes with an ice pack wedged in my bikini top, and making emergency trips back and forth to the bathroom that was being shared with seven other people.

Though I was practically a stranger, Charlie came up periodically to check on me.

“We have lots of stuff in the medicine cabinet if you’re not feeling well,” he said, perching just close enough on the bed to set off another round of hot flashes, of the romantic variety.
“Do you want me to see if I can dig up some Pepto?”

I thanked him and said I was fine. It would pass. The only thing that could have made me feel any worse was imagining Charlie breathing the fumes in that wing of the house.

Once I was out of the woods, my stomach cramps were replaced by a more lasting, burning embarrassment. I wasn’t quite sure if my flirtations had been reciprocated the night before, but I figured my state of hot mess that day would have successfully nipped any future possibility of romance in the bud.

After all, the laws of attraction don’t usually include a clause about diarrhea.

It would take many more months until I learned just how much of his own gut baggage Charlie brought to our relationship, and that he of all people was unfazed by mine. Which, believe it or not, is indeed relevant to this gluten-free blueberry pancake recipe. 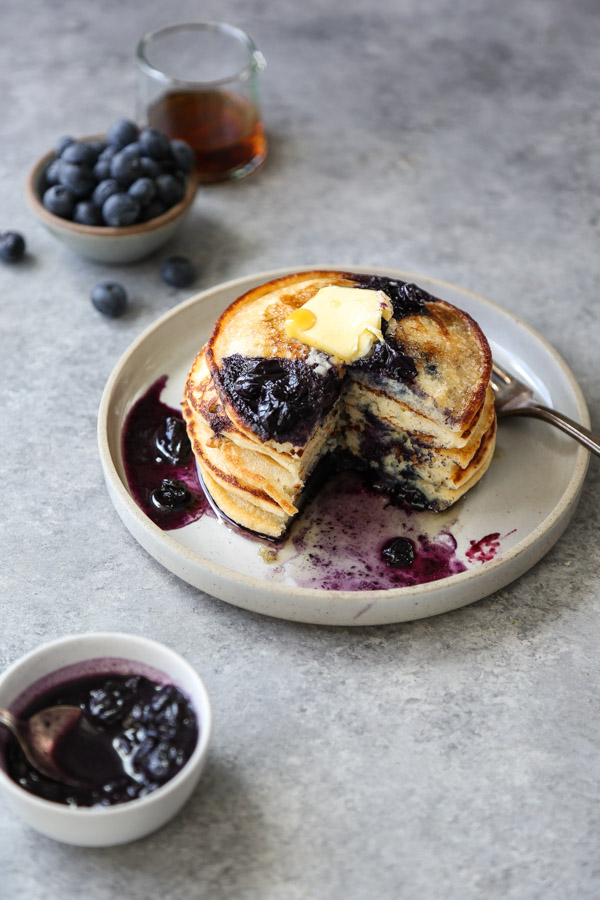 The last few years of our love have involved a lot of pancakes. They’ve also involved a lot of joint work on our guts. Because though we’ve been lucky enough to find life partners who are sympathetic and supportive of each other’s bathroom misfortunes, we’d both prefer not to have them in the first place.

One of my tactics since my SIBO diagnosis has been using collagen peptides to rebuild my gut lining. I’ve been adding Great Lakes collagen to my smoothies and my tea lattes and my soups. But I’ve been trying to find other habitual ways to get a dose of collagen. And a few pancake Sundays ago, I thought to myself…um, hello!

Charlie is a purist when it comes to his secret pancake recipe. So it took my actually stealthily mixing in 1/4 cup of collagen into the batter when he wasn’t looking to update the recipe. The end result doesn’t taste any different. I would argue that they’re even fluffier! And in this version, you get double duty with more collagen in the compote.

I’m actually quite proud of this gluten-free hack. Most of the time, compotes use a little flour or cornstarch to thicken the mixture. Now I just use collagen, which has the added benefit of making sauces slightly more gelatinous, while adding even more protein to your pancakes.

Read on for the recipe, and stay tuned for a longer recap of our elopement, which luckily involved only the best kind of butterflies in our tummies! 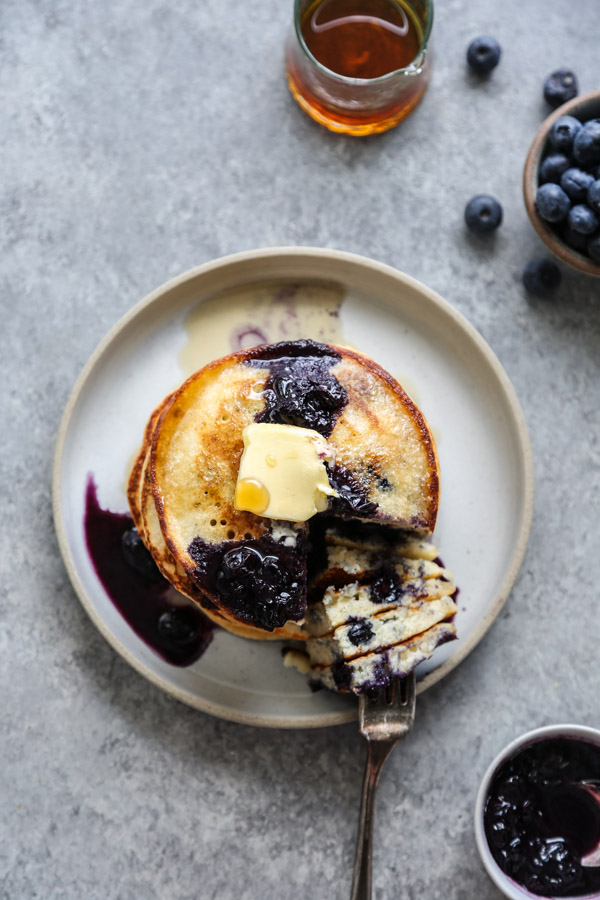 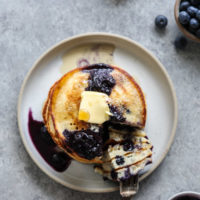 This gluten-free protein pancake recipe is brought to you in partnership with my friends at Great Lakes Gelatin. All opinions are my own (duh). Thank you for supporting the brands that make this site (and my gut healing) possible!