During my brief stint living in the burbs, I was the only kid on the block without a Christmas tree. 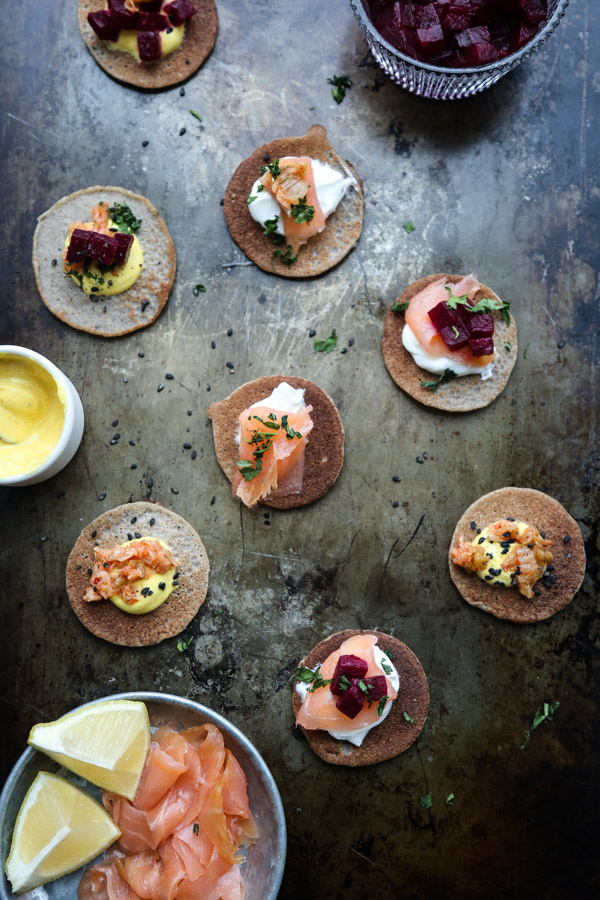 The neighbors would go all out with illuminated sleighs affixed to their roofs, wreaths on every window, gutters dripping with pine trim, and, of course, lights covering every bit of flora in the front yard.

Every year, I would plead with my Jewish father to let me get into the Christmas spirit.
But he seemed to look back upon his own stint of being the only kid on the block without an illuminated tree with masochistic fondness, and wished the same fate for me.

Feeling charitable and/or worn down one December, he finally agreed to let me decorate the lawn with a few lights outside the traditional color palette of red and green. “But you’re not allowed to put any on the evergreens,” he warned.

Since embracing my otherness with a few measly blue and white Hanukkah bushes wasn’t the end result I was after, I began redirecting my repressed Christmas spirit to my mother, who once upon a time had some herself. 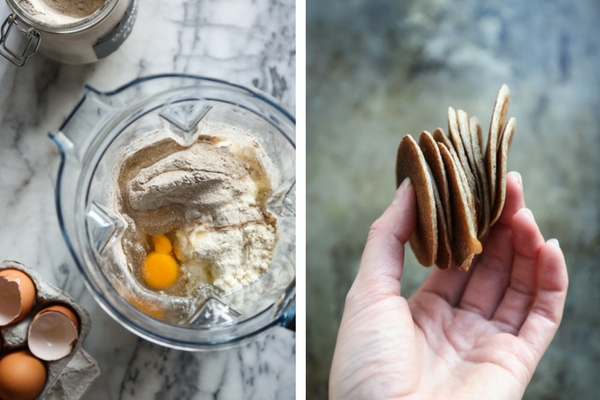 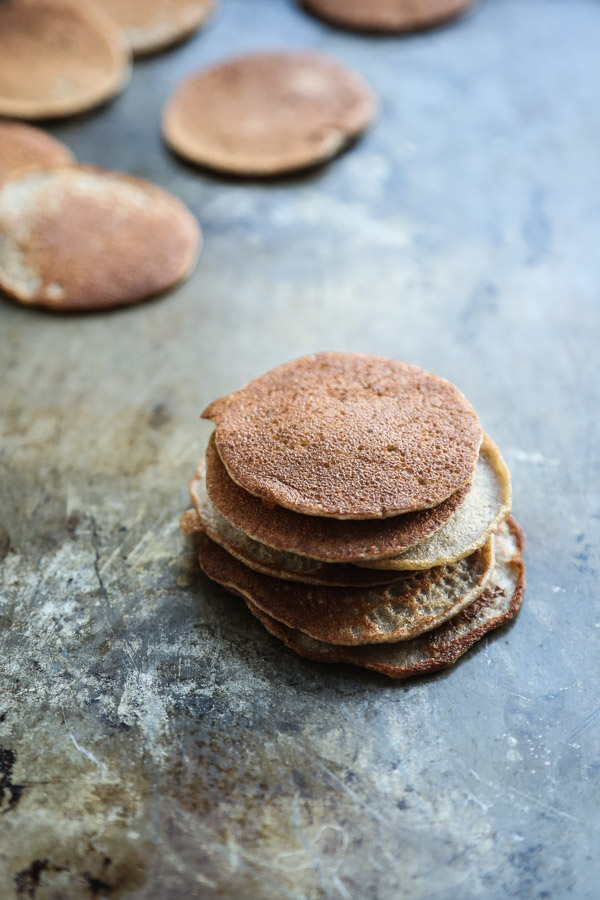 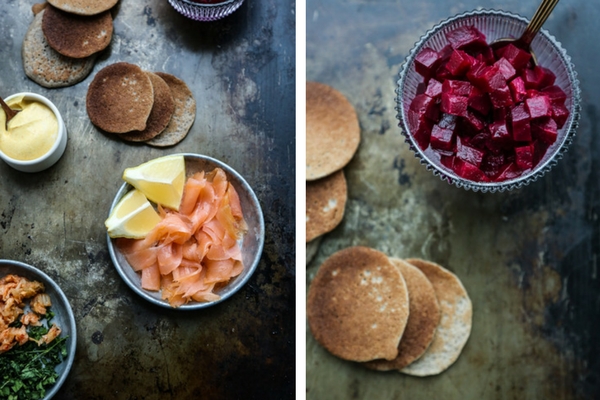 My mother was raised WASP, but realized at an early age that organized religion wasn’t her thing. There were only a few years of going to church on Sundays that she actually made it inside the chapel. Eventually, she discovered that she could just take the money she was given for the collection plate, go to the nearby candy store for a few hours, and meet my grandparents back outside at pickup without their ever noticing.

Official conversion was not required by the gay rabbi who married my parents in a reformed ceremony, wearing a sequined yarmulke. But it was clear that culturally, meaning holiday-wise, our small nuclear family would always be strictly Jewish.

Still, I didn’t understand why my mother wouldn’t be willing to be my ally on the Christmas front. Didn’t she miss decorating a tree? And if she did get my father to give in, wouldn’t technically being 50 percent protestant at least get me a non-VIP status on Santa’s list?

When it became two against one, my dad begrudgingly allowed us to get our first tree, which we decorated with Caldor’s finest white lights and girly non-denominational pink bulbs. It looked like the kind of impersonal tree you might find in a Holiday Inn lobby, but I was thrilled nonetheless.

Still riding the high of having finally gotten my way, I did something else bold: on the night before Christmas, I procured a large sock from my dad’s drawer and hung it above the fireplace. Knowing that Santa was a plump man with a long, stressful night ahead, I went about liberating full boxes of cookies and bags of chips from the pantry, and arranged the offerings into an elaborate fat kid hors d’oeuvres board. 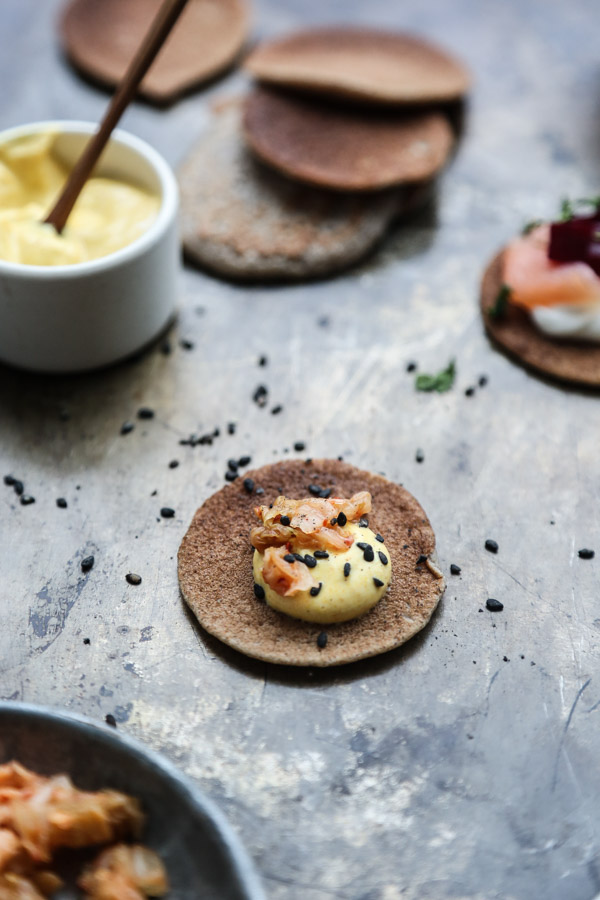 The next morning, all was quiet. I crept around the corner into the living room, experiencing for the first time that mix of magical awe and greedy anticipation. On the mantel, was a note from Santa in my father’s handwriting thanking me for the food, and one of my mother’s hair scrunchies, unwrapped, as a small token of his appreciation. There was nothing under the tree, and somehow all the food had been returned to its various bags and boxes in the kitchen. In limited childlike vocab, I thought to myself: what the fuck?

Clearly, my father knew that ruining Christmas was the only way to ensure that Christmas would never happen again.

After moving to New York City, where there were no lawns to decorate and more Jews to fill the Chinese restaurants on December 25th, I became much more okay with this. And the thing that’s always kept me on board with celebrating Hanukkah is the food.

I’ve never met a latke I didn’t like (especially grown-up ones with Brussels sprouts). But this year I decided to give my knuckles a rest from the oppressive teeth of my box grater and just make blinis. 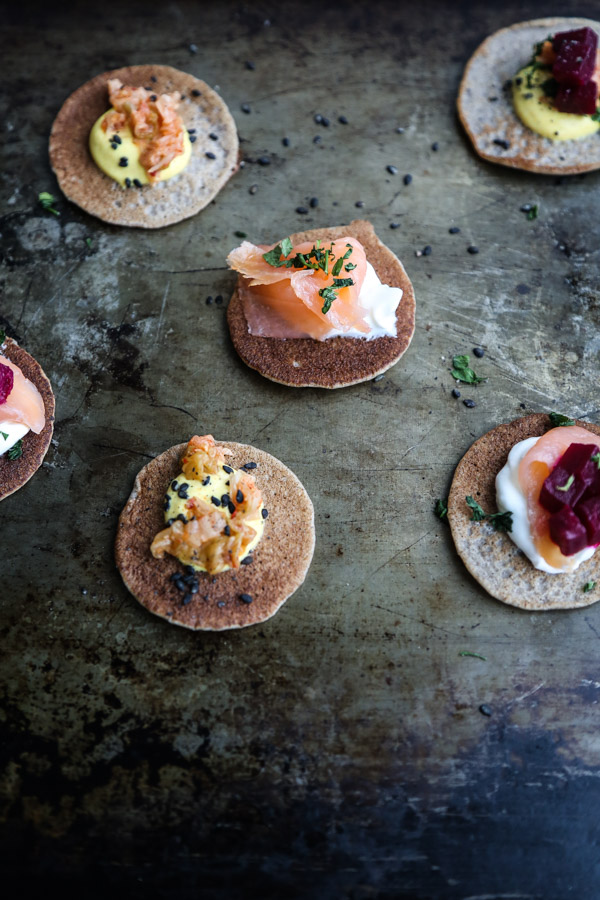 While I’ve become a gluten-free crepe machine, blinis always felt more complicated. The traditional batter usually involves yeast. And as a reluctant baker, I try not to mess with that stuff. Plus, my mother is dairy-free, which means the usual buttermilk is off limits.

Instead, I kept things simple with a gluten-free, dairy-free riff on this Food & Wine quick buckwheat blini recipe. I used Bob’s Red Mill Paleo flour blend in addition to the buckwheat, which contrary to its name is a gluten-free flour that’s high in protein and good for controlling blood sugar. For the buttermilk, I swapped coconut milk and a few splashes of lemon juice. And to make it even easier, I whipped up the batter in a blender!

On my Christmakkah wishlist for YEARS has been a Vitamix, which is just a tad more expensive than the scrunchie precedent set years ago. I was seriously considering getting married just to acquire this appliance. So it was the best birthday slash early holiday gift I could have ever asked for to receive a new model in the mail earlier this month from the Santa’s at Vitamix.

Gluten-free batters benefit from a little extra mixing, which was made incredibly easy by blitzing the blinis in the blender. They also benefit from a decent rest, so make sure not to skip that step. In fact, you can make the batter a few days in advance and keep covered in the fridge until you’re ready to fry up a batch. 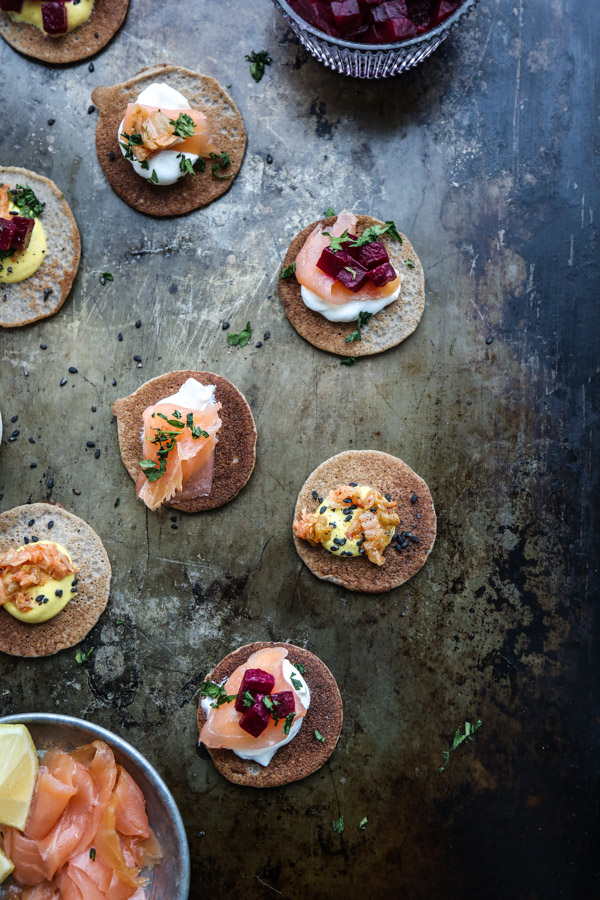 If you want other healthy hedonist ideas for your loved ones that fall somewhere in between blender and scrunchie, make sure to check out my gift guide here. And in the meantime, no matter what holiday you celebrate, I highly recommend trying this gluten-free buckwheat blini recipe on your loved ones. They will no doubt get gobbled up before an imaginary chubby man ever has the opportunity to scoot down your chimney.

Wishing you all the happiest of Challah-days! 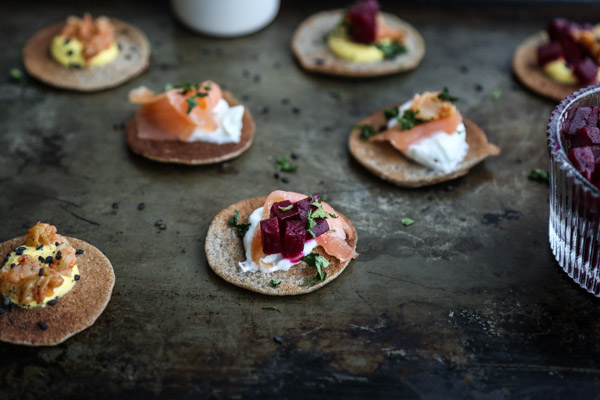 Gluten-Free Buckwheat Blinis with All the Fixings 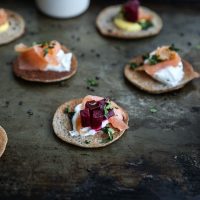 Print Recipe
These gluten-free blinis use a mix of buckwheat and paleo four, but you can easily substitute any AP GF flour you have on hand, and even white rice flour. If you aren't concerned about dairy, you can stick with traditional buttermilk instead of the coconut milk lemon juice combo, though you can barely taste the difference! The blinis taste great room temperature, but you can also reheat them for 5 to 10 minutes in a 350 degree oven. They are a great option to make a few days before your holiday party. Or simply pre-prep the batter. As for the fixings, I used Greek yogurt instead of sour cream or creme fraiche, and even mixed in a little curry powder or turmeric to make it more colorful. Diced roasted beets, smoked salmon, fresh dill or chives, and chopped kimchi are other favorites. And of course to get really festive, you can serve them with caviar 🙂
Prep Time 20 minutes
Cook Time 10 minutes
Total Time 30 minutes

If you make this, tag @phoebelapine and #feedmephoebe - I'd love to see it!
69shares

Pre-Order Today and Join The Gut Heal Bootcamp for Free!