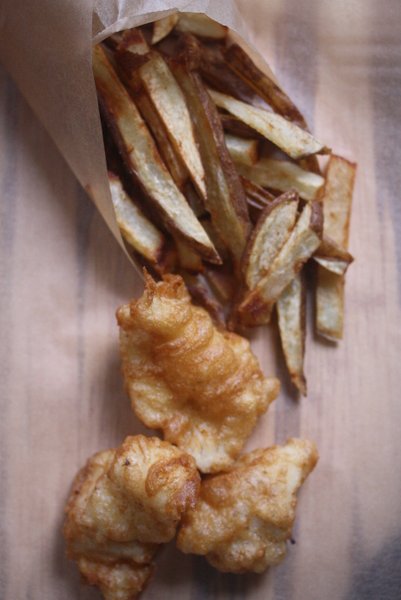 Tuesday’s episode of Chef Race was a fun one. The teams were forced to cook each others cuisines, which meant Spotted Dick, Shepherd’s Pie, and Fish and Chips for us. I had a feeling they might throw a curve ball like that at us, so before I left, I started experimenting with Fish and Chips – both gluten-free and regular versions.

It doesn’t take years of friendship or a dedicated readership to know that fried fish and french fries might be my two favorite food groups. I like my fried fish chicken-mcnugget-like and my french fries hand-cut, thin, and crispy. Neither of these things are traditional when applied to Fish and Chips. But do I care?

Read on for my not-so-traditional, but seriously superior, fish and chips. This gluten-free version is made with rice flour and gluten-free beer (or fizzy water), but you can seamlessly substitute the regular (better) stuff.

Tomorrow I’ll be post my episode 4 re-cap, so make sure to come back and visit. 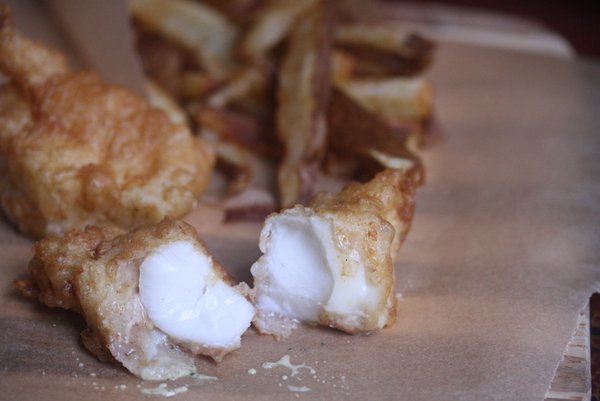 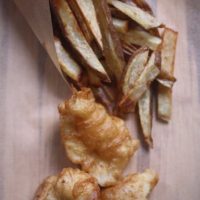 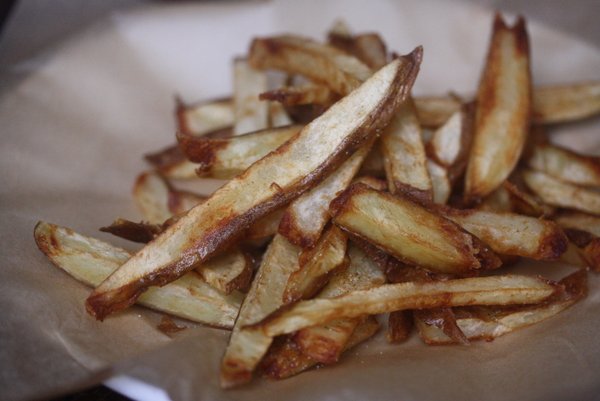 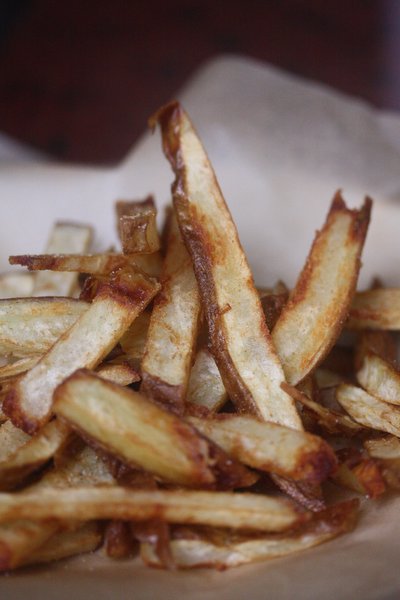 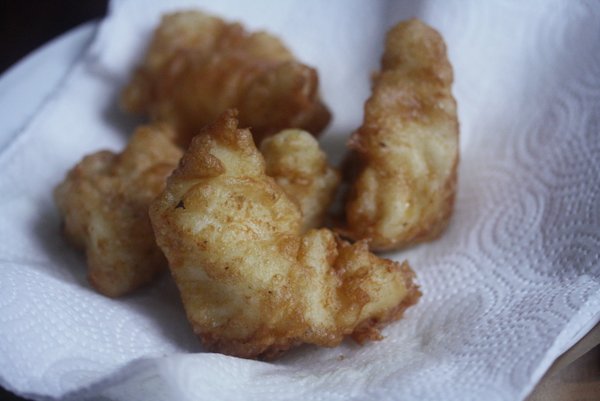 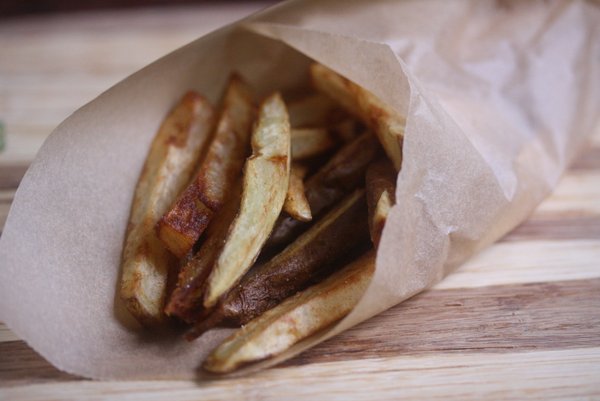