The grand total is in…I spent 32 hours on my feet in the kitchen last week. And that definitely feels different on a 32-year-old body than it did during the height of my catering career in my mid-twenties. 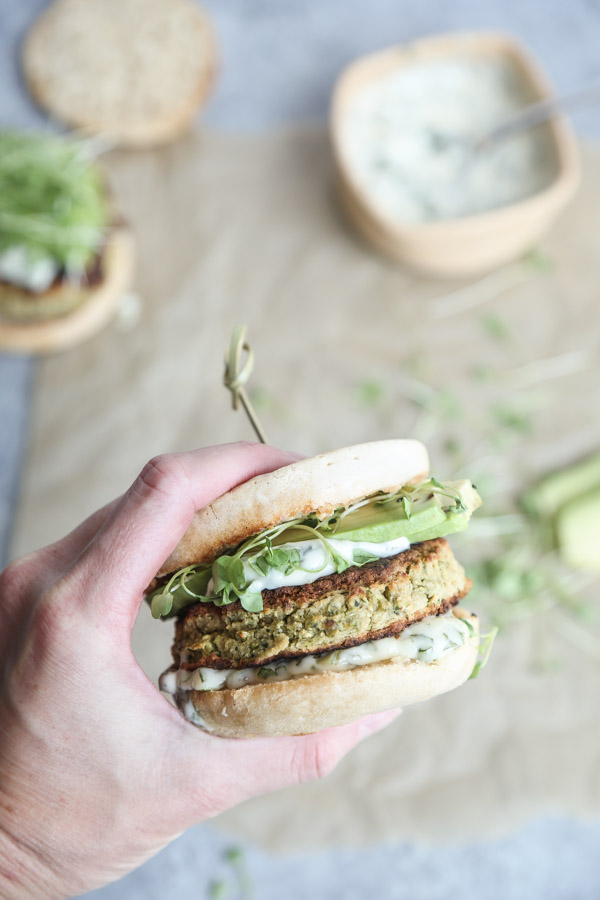 I had a full staff at The Natural Gourmet Institute to help me prep for the 4-course 30-person dinner on Tuesday. Delegating though is its own beast, and I haven’t gotten very used to it as a one-woman food-slinging show.

My imposter syndrome balloons anytime someone calls me chef. Especially when they are actual chefs, with degrees from culinary schools, and more experience in the kitchen than I’ve had on this earth. Such was the case at NGI, when I took my chef’s coat out of brief retirement and tried to act the part of someone driving the ship of quinoa to harbor.

I wore it again on Friday to cater a small wedding in upstate New York. It was basically like cooking for a large dinner party, but with triple the pressure. My head was awash in to-do and prep lists from the week. It was a friendly reminder of what catering on a consistent basis used to do to my raggedy limbs and mental sanity. 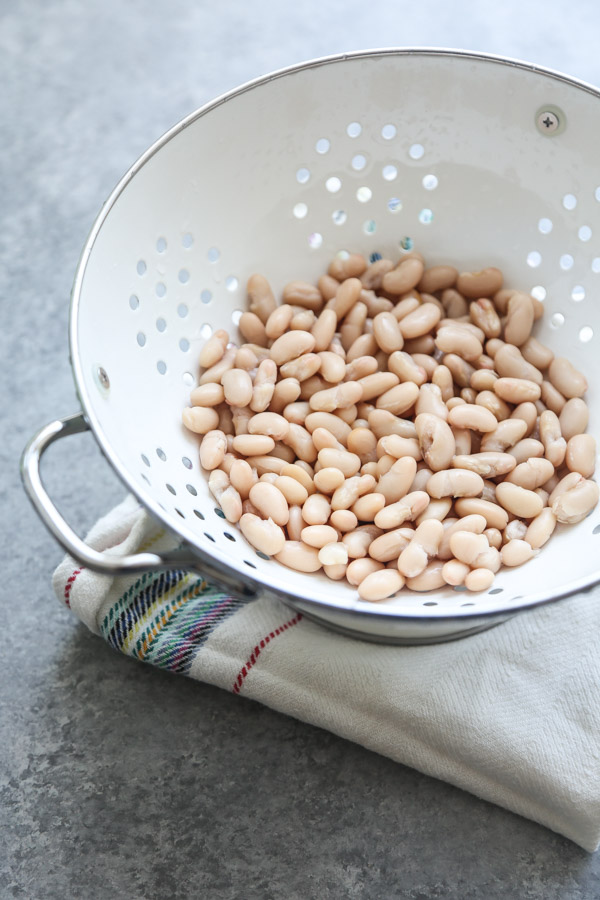 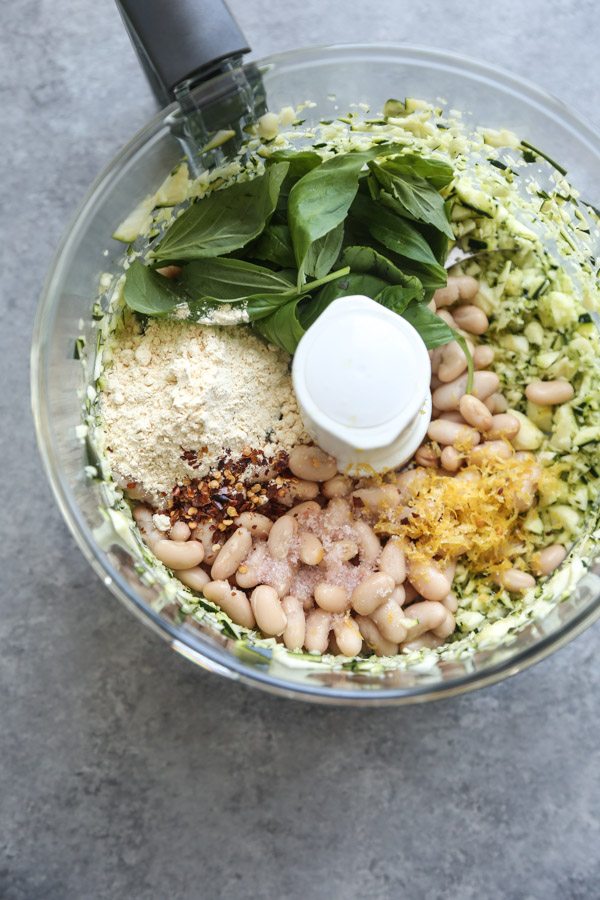 When you’re cooking at someone’s home on site, you never know what you’re walking into. Which means the anxiety starts long before the first shopping trip. It continues as you’re making your way to your location, wondering whether you should have brought 2 more platters to round out the 5 round ones already in your bag. And it peaks when you finally realize the one thing you forgot.

I’ll let you in on a little catering secret: there’s always one thing that doesn’t make it in the bag. Sometimes it’s small, like a jar of honey for the cheese board. Other times it’s big, like an entire course.

The first catering job I ever had was a friend’s sister’s baby shower. It was a 40-person sit-down affair, and wildly beyond the scope of any party I had casually cooked for in the past. About 30 minutes before people were supposed to arrive, the host asked me if I needed either of her large decorative countertop bowls for the salad. 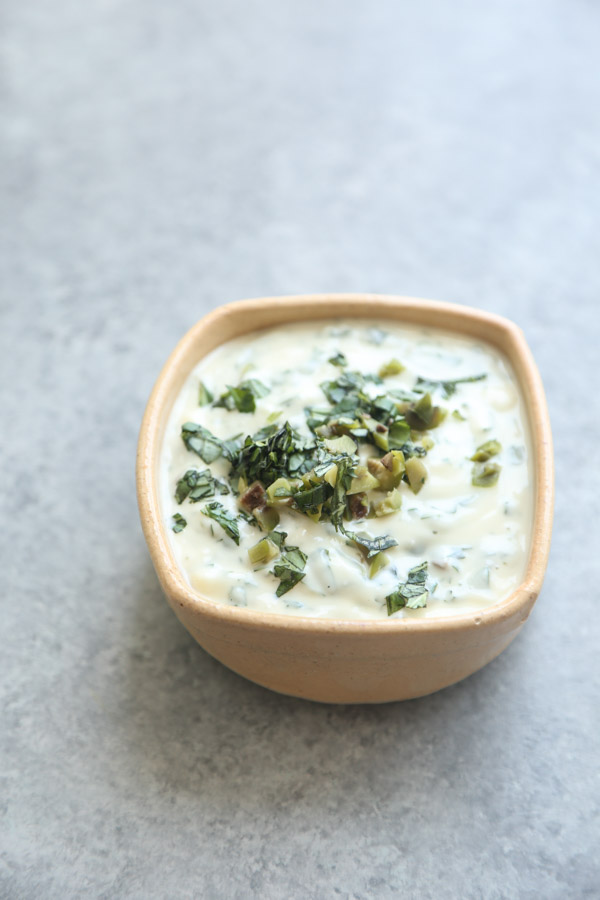 I immediately cowered in the bathroom and called my boyfriend at the time, asking him hysterically to drop whatever he was doing and take a cab to midtown with 10 clamshells of arugula.

I managed to smuggle the greens in the front door without the client noticing, but it was the first of many incidents that took years off my life, and added layers of scar tissue to my thyroid.

I realized almost immediately upon unpacking the bags that they were nowhere to be found. And luckily, I arrived early enough to venture on a one hour wild goose chase around the Hudson Valley trying to track down a container of dates. But the emotional sensation of sheer panic doesn’t get any easier over the years. It brought me right back to that corner of the bathroom, about to burst into tears over forgotten salad greens. 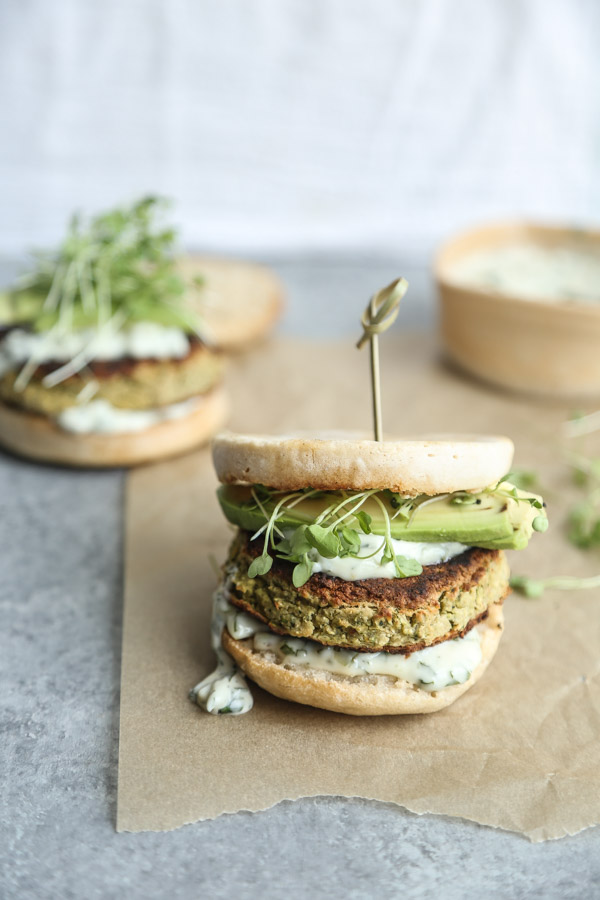 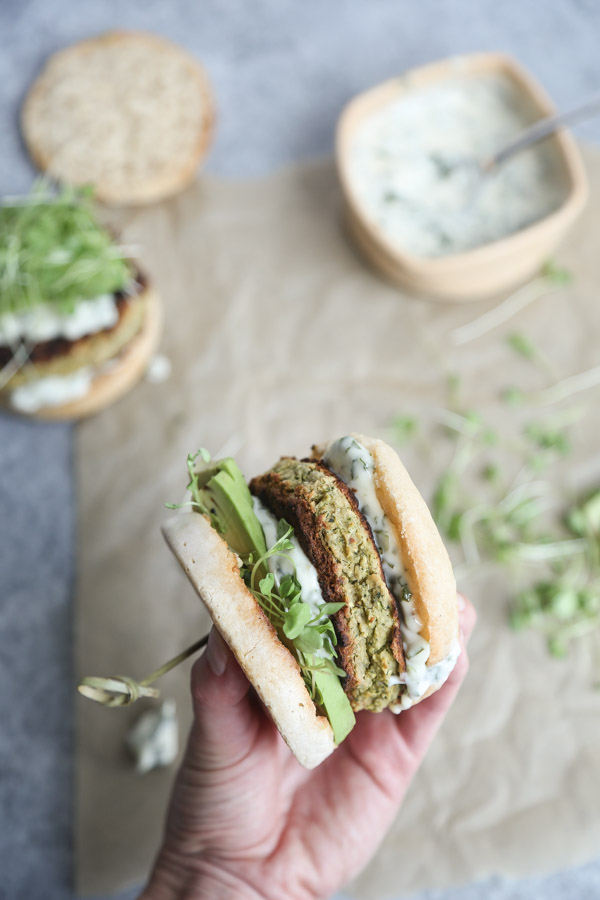 All of this has nothing to do with white bean zucchini burgers. But it has everything to do with why I am once again back on Martha’s Vineyard attempting to chill the fuck out. The respite will be short and sweet and full of seafood and dark chocolate.

To keep you company while I wade off into the decompression abyss, I’ve got these incredibly flavorful, summery gluten-free burgers on deck. They were inspired by this delicious-looking version from Tending the Table, but with some green Farmer’s Market vegetables for good measure.

I’ve made these burgers two ways. One involves just throwing all the ingredients into a food processor and pureeing. This burger is on the wetter side—closer to a pancake batter than a burger dough. They’ll still hold together in a pan: just transfer using an ice cream scoop or measuring cup and wait until fully firm on the bottom before flipping and finish in the oven.

The second way involves a little more effort, but perhaps will make for a more seamless cooking experience: grate the zucchini by hand and squeeze out all the liquid in a cheesecloth or dish towel, then combine with the pureed beans and all the other ingredients in a mixing bowl.

Either way, the patties themselves are rich, garlicky and delicious—like a white bean falafel. And they taste even more decadent with a Mediterranean-inspired aioli that’s packed with green olives and basil.

Enjoy them as part of your weeknight summer routine. And if you come home from the store having forgotten the zucchini or the white beans, don’t freak out. It happens to all of us. 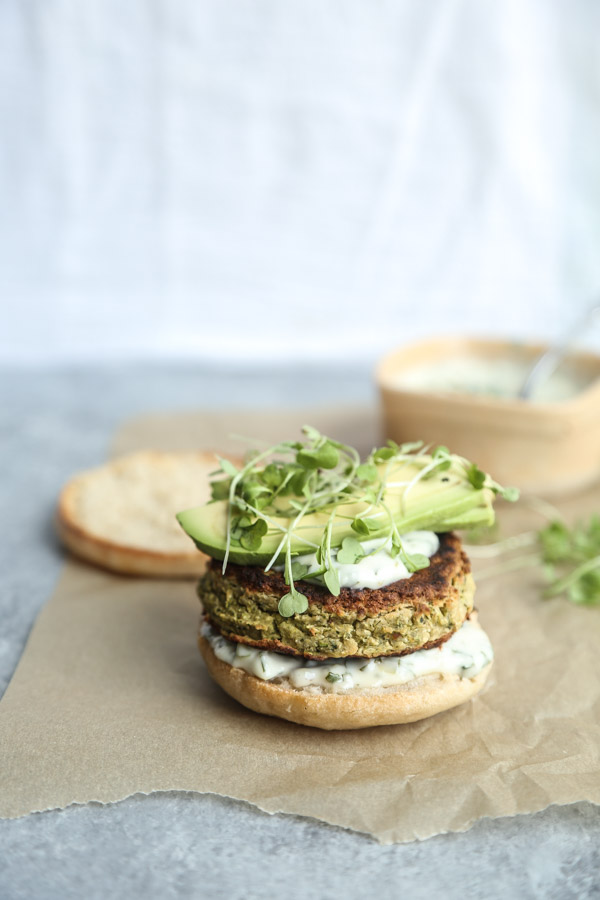 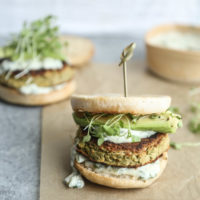 These zucchini white bean burgers are a little on the wetter side. For a dryer burger, grate the zucchini by hand and squeeze out the excess moisture through a dish towel or cheese cloth. Puree the beans and combine all the other ingredients in a mixing bowl. Refrigerating the "batter" will help them hold better in the pan. To make these vegan, simply swap the egg for a tablespoon of flax or chia seeds.

This recipe is loosely inspired by these White Bean Burgers from Tending the Table.

For the burger patties:

If you make this, tag @phoebelapine and #feedmephoebe - I'd love to see it!
709 shares