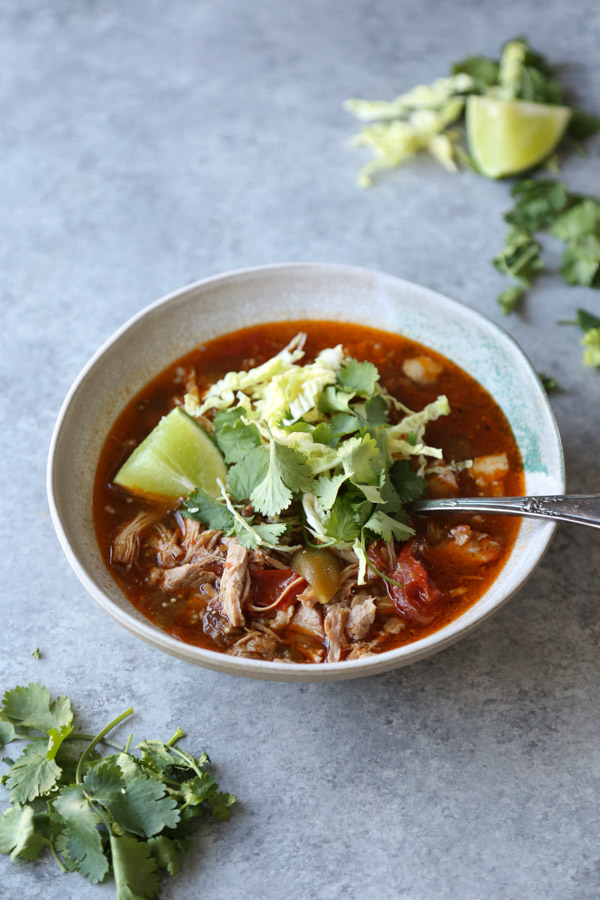 I get unsolicited packages all year long containing cookbooks from various publishing houses that have me on their PR mailing lists. Yes, folks. This is known as a good problem to have.

Except it’s made me overthink spending money on the cookbooks that I actually want. Such was the case with Alison Roman’s Dining In. I managed to survive the cookies that broke the internet unscathed. Even after my friend posted a gluten-free version of them that turned my drool dial to the max. But when another friend told me about her version of Mexican pozole rojo, I knew that no lack of shelf space could justify a pass. I just had to have it.

Needless to say, her pork stew with red chiles was the first thing I made, and it was well worth the $30 and then some. 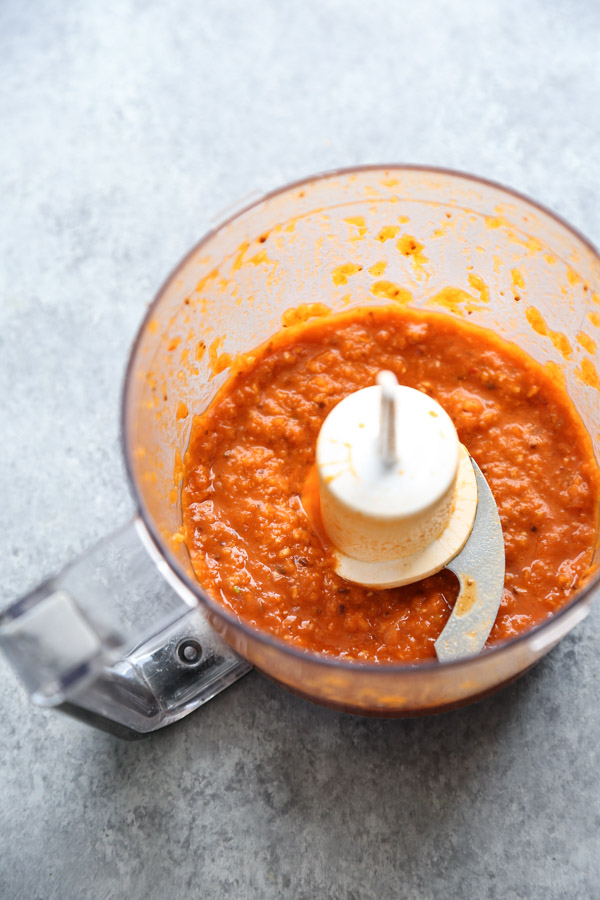 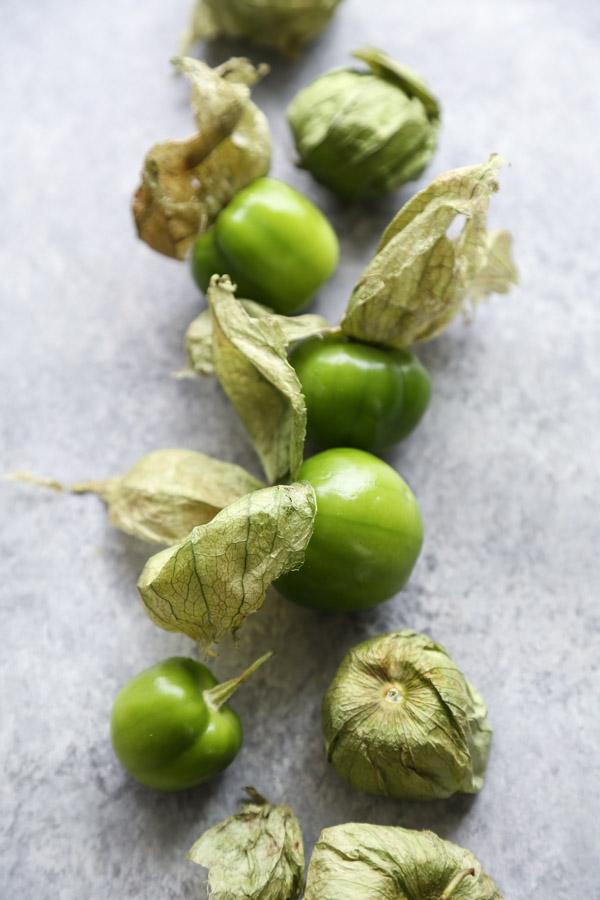 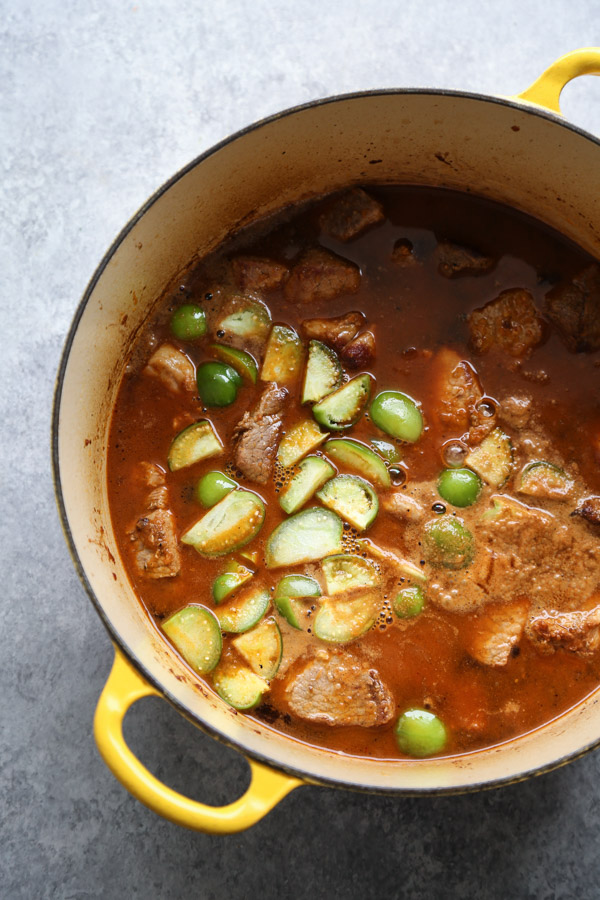 The stew is kind of a mashup of red and green pork posole since it uses dried guajillo chiles as the flavor base of the broth (red) but then is bulked up with whole tomatillos (green). I went even further with the hybrid and added a pint of cherry tomatoes to the mix for extra acidity.

Other than the dried chiles, the rest of the ingredient list was fairly simple and straightforward. It’s also very hands off. Per her instructions, you will have to check the pot occasionally, if only because your house will smell so damn good it will be impossible not to. She speaks the TRUTH. 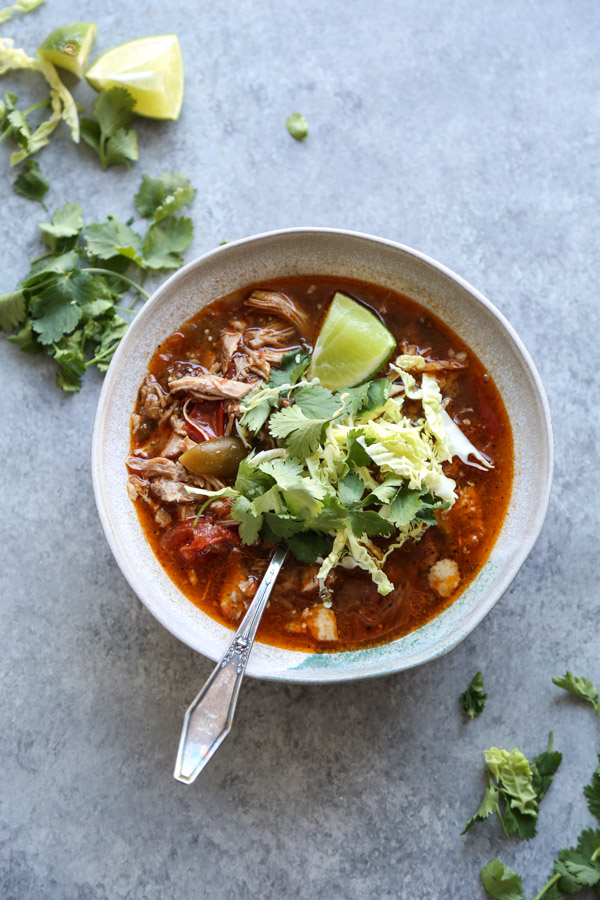 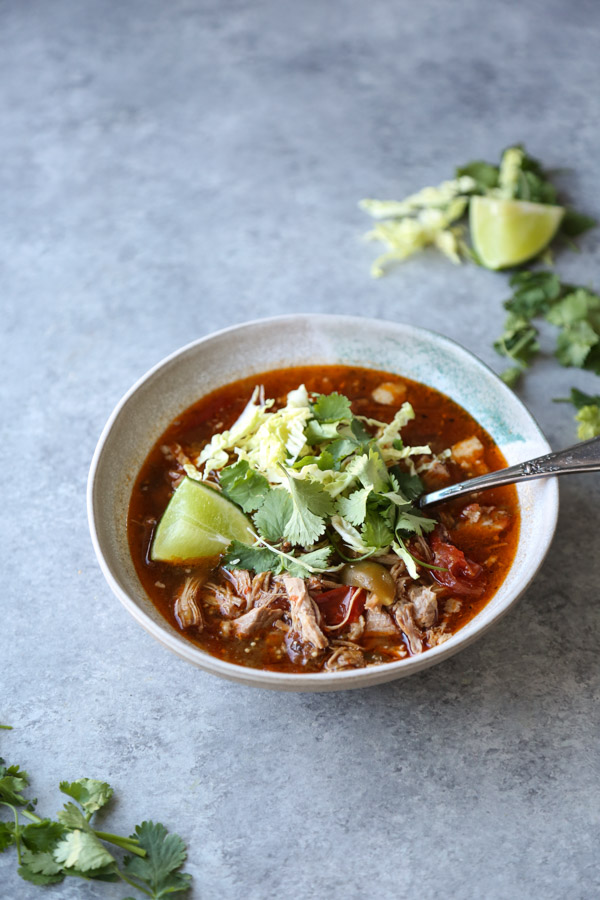 I ended up throwing this pork posole recipe in the slow cooker on high for 4 hours partially covered because I had to run to a baby shower, since now that I no longer go to weddings on weekends, this is all I do instead. The resulting pork soup was the perfect intermediate seasonal treat. It’s warm enough for chilly spring nights, but can feel fresh when piled with raw Napa cabbage, fresh cilantro and lime wedges.

Lastly, I didn’t make my version grain-free for health reasons, but because the four grocery stores I tried in my 10-block radius didn’t have hominy! The end result was still delicious, but you can’t really call this soup posole without the hominy. So if you don’t want a bastardized paleo version, definitely add a can of it to the stew along with the tomatillos. 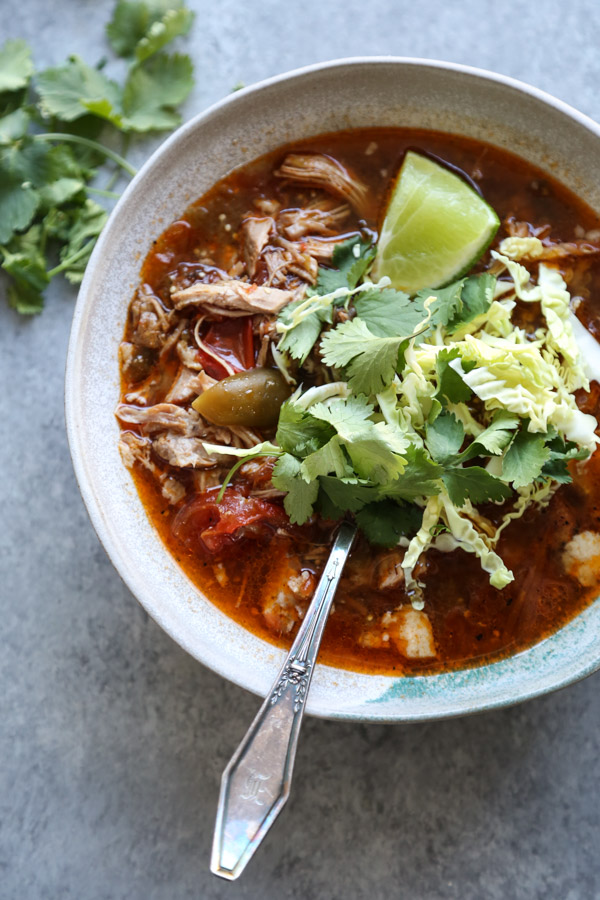 Read on for this hybrid Mexican pozole rojo verde. And please tell me…what other newish cookbooks should I save room on my shelf for? Would love to know your favorites in the comments! 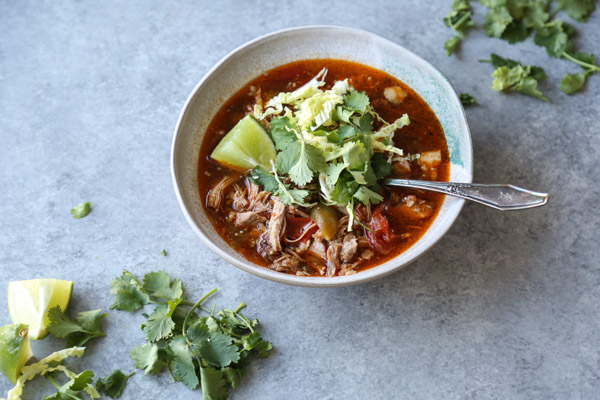 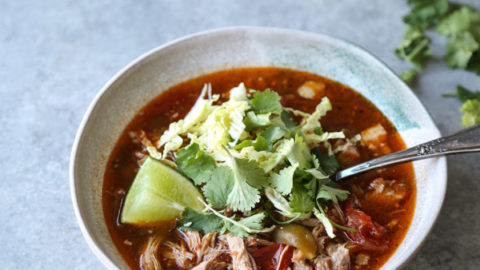 3 from 2 votes
print recipe
This dish is loosely adapted from Alison Roman's Dining In. Because I made this pozole rojo recipe paleo and Whole30 friendly, I omitted the can of hominy, but feel free to add it along with the tomatillos! It certainly can't really be called a posole without it. You can also make this soup in the slow cooker. Just transfer after all the ingredients have been added. If you can’t find these dried chiles, you can use 2 chipotles in adobo and an extra splash of the sauce from the can.
Prep Time 15 minutes
Cook Time 3 hours 30 minutes
Total Time 3 hours 45 minutes
Servings 4
Author Phoebe Lapine

To make low FODMAP, simply omit the shallot and garlic.

If you make this, tag @phoebelapine and #feedmephoebe - I'd love to see it!
507 shares