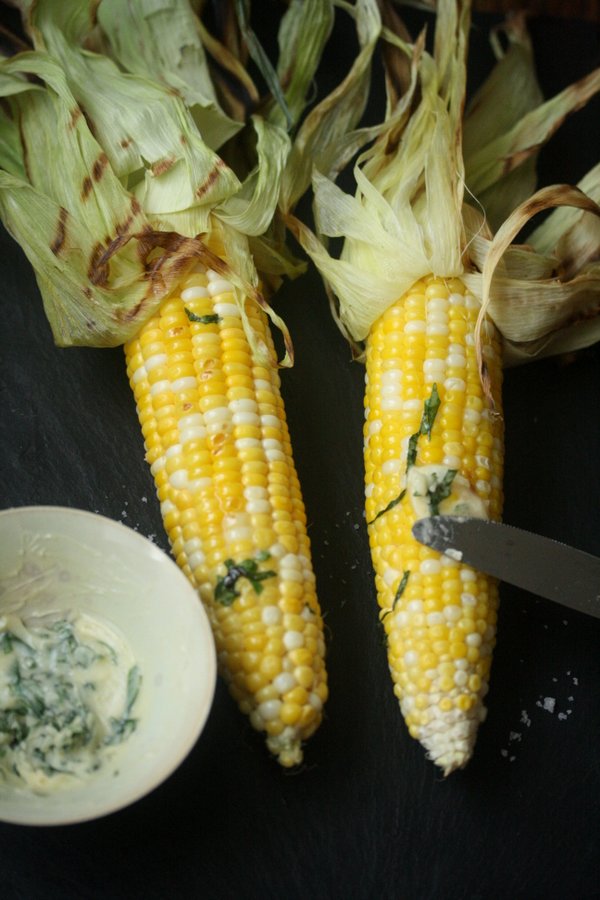 There are so many conflicting opinions these days in the world of wellness sometimes it feels like the only thing anyone can agree on is that blueberries are amazing (so long as they’re organic and not flown in from Chile). The conversation shifts focus from time to time, and now more than ever, I’m starting to hear that the villain of the moment is everyone’s favorite summertime clam bake accoutrement and floss-necessitator: corn.

So is corn really the new gluten? Let’s discuss.

My doctor tried to turn me off of corn a long time ago, giving me a lecture about how even the organic corn silos are infested with mold. I have yet to do research on this one fun fact. But I do know that the ancient practice of treating dried maize with lime evolved for a reason, and that’s what differentiates the masa harina used south of the border with the corn flour that’s been popularized here. The more common and compelling reason to steer clear of corn though is that it’s one of the most genetically modified foods in the American diet. 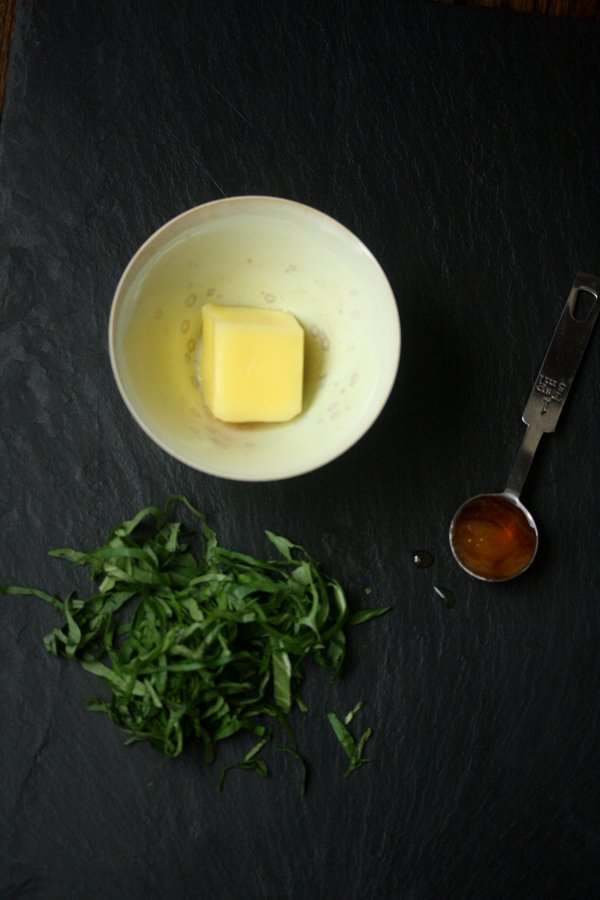 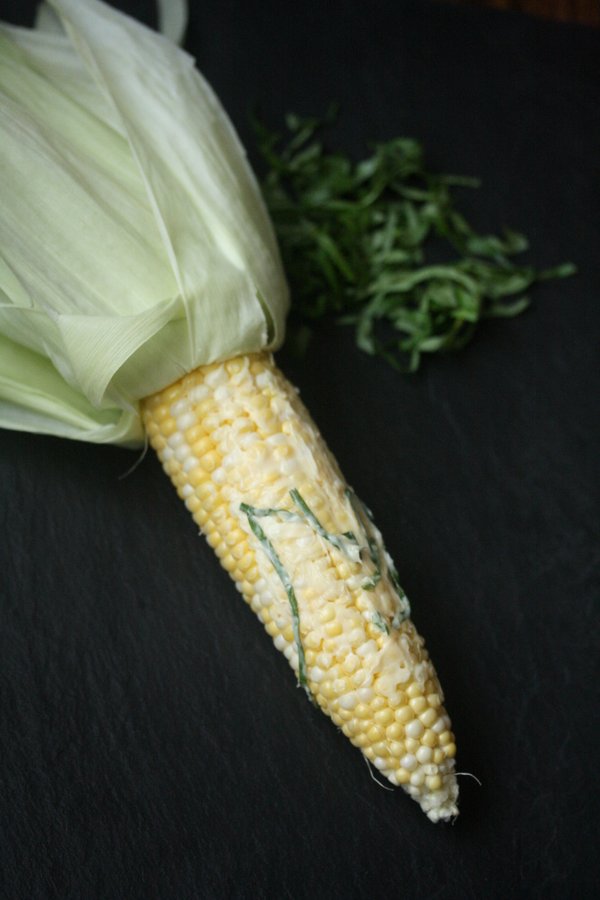 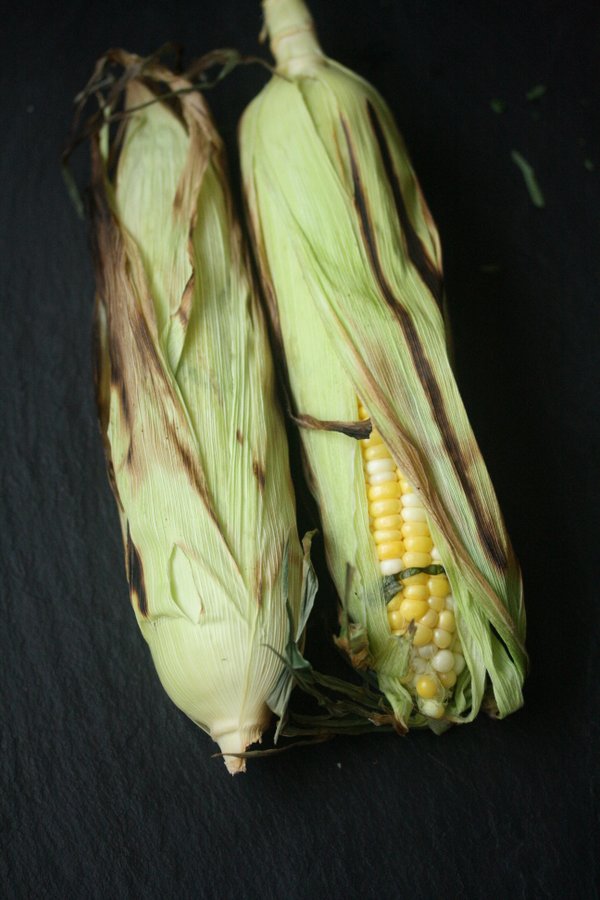 GMO’s remain a controversial topic, even among staunch supporters of the slow food and sustainability movement. I’ve tried to avoid them whenever possible ever since that same doctor handed me a print out of a study conducted in Europe that included a cover photo of mice with tumors all over their bodies. Some things you can’t un-see, no matter how many expletives you say to your doctor.

Regardless of where you fall on the issue, we can agree that corn has the GMO strike against it. Then there’s the possibility of this mold business. And now there’s a third strike about corn’s general impact on digestion that really puts it up to bat against all those crops upon crops of wheat haters.

This third argument doesn’t necessarily affect everyone (unlike the GMO’s)—it’s mainly food for thought for those who steer clear of wheat and follow an anti-inflammatory diet. According to Dr. Amy Meyers, whose articles on autoimmune disease have really caught my attention recently, many people’s bodies mistake the protein in corn for gluten, which causes a cross-reaction. And for highly sensitive people, all those corn fillers in gluten-free products might be equally no bueno.

So where do I net out on all this?

As you know, I’d rather put my body through the ringer than have my head be dominated by the stress that comes with living in constant fear. I try to avoid GMO’s across the board, so if I’m buying corn products, they’ll always be organic. By creating that small boundary around GMO’s at the grocery store, I end up eating less corn across the board, which I’m sure benefits my digestion and bodily inflammation. But do I turn away a bowl of Tostidos scoops at a party? Hell no. Every now and then I cave to a hint of lime that did not originate anywhere near a piece of citrus. More importantly, I don’t deprive myself of one of my great loves in this world: fresh corn. 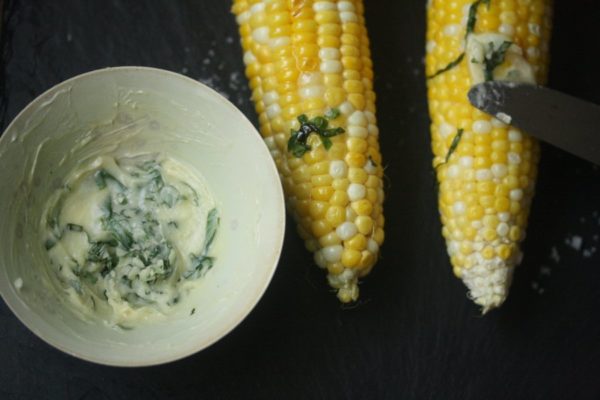 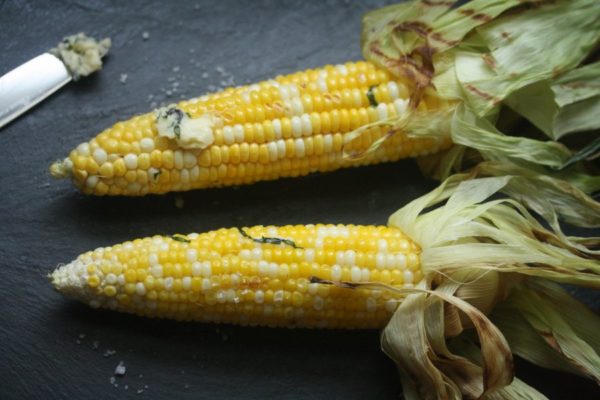 After ripping on it for the last few paragraphs, it’s worth noting for your cost-benefit analysis, that fresh corn on the cob is one of the most pesticide friendly fruits and vegetables around, thanks to it’s sturdy husk which protects the edible end product from all the spraying that occurs during the growing process. So if chemicals are something you avoid more so than GMO’s (although lez be honest, you’re probably super neurotic and avoid both), then fresh corn on the cob is a better bet than that handful of spinach or pint of cherry tomatoes you thought you were so healthy for buying.

Now that August is almost upon us, my favorite local farm stand on Martha’s Vineyard is about to start pumping out the sweetest, most delicious corn known to man. And even though I know I don’t digest whole corn very well, I’m going to inhale many cobs of it like these expert corn eaters. In preparation, I’ve pioneered a new way of enjoying my mom’s classic basil butter sauce: by slathering it on each cob raw, and steaming the corn in its husk on the grill. It takes a little extra time to get the silk off and rewrap each cob. But the labor is worth it for the smoky, yet char-free corn that results. It’s also a great way of cooking many cobs at a time if you don’t have a lobster pot that can accommodate ears for a crowd, or you don’t want to waste all those precious moments of your life waiting for water to boil.

If you dare to grab life by the balls, even if it means saying fuck you to your intestines (at least for the month of August), I highly recommend upholding your hedonism over this corn on the cob recipe. If you’re going to indulge, you might as well make every bite worth it. And therefore, those bites should definitely include lots of honey-basil butter. 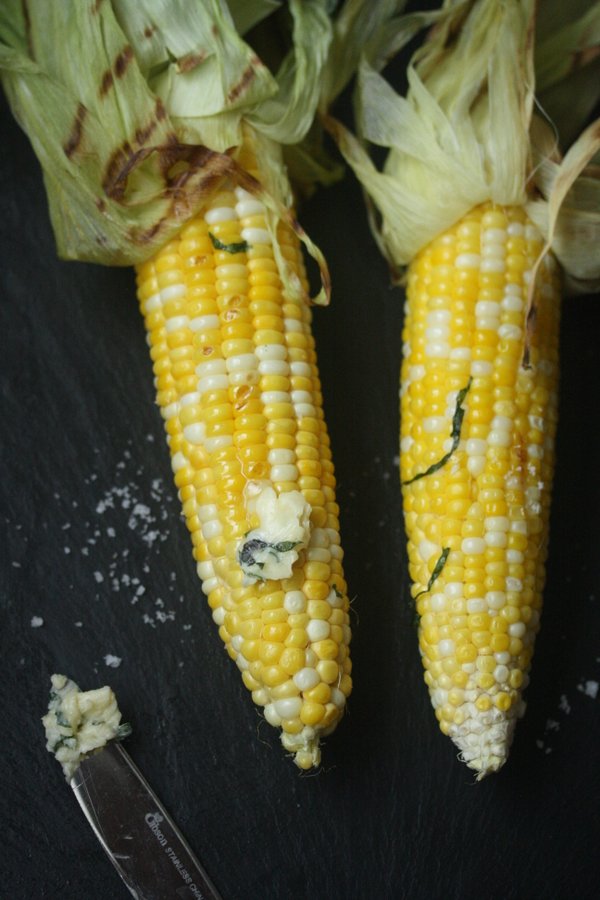 Grilled Corn on the Cob with Honey Basil Butter 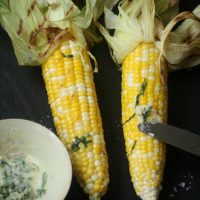 If you make this, tag @phoebelapine and #feedmephoebe - I'd love to see it!
38 shares