This is my first year missing Jewish Christmas. 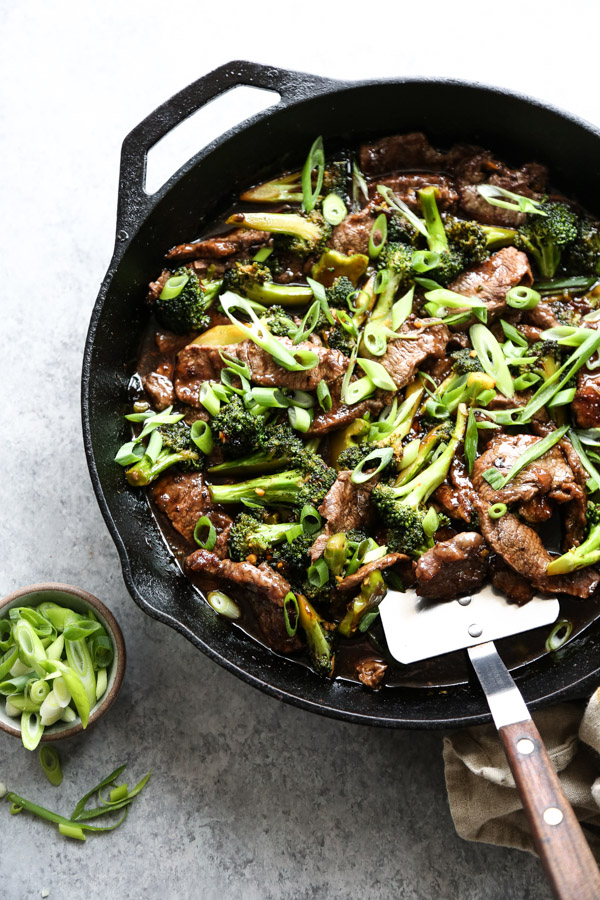 You know, the holiday when those of us without a Christmas tree drown our bitterness in scallion pancakes, Mongolian beef, and whatever other delicacies the local PF Chang’s is dishing up.

Just kidding, PF Chang’s is definitely not open on Christmas. But the noodle shop down the street with the slightly torn red awning and no corporate benefits, definitely is!

On Jewish Christmas, we might not have tinsel and presents. We might not be kissing under the mistletoe. But at least we will be eating greasy fried rice instead of a greasy ass goose. 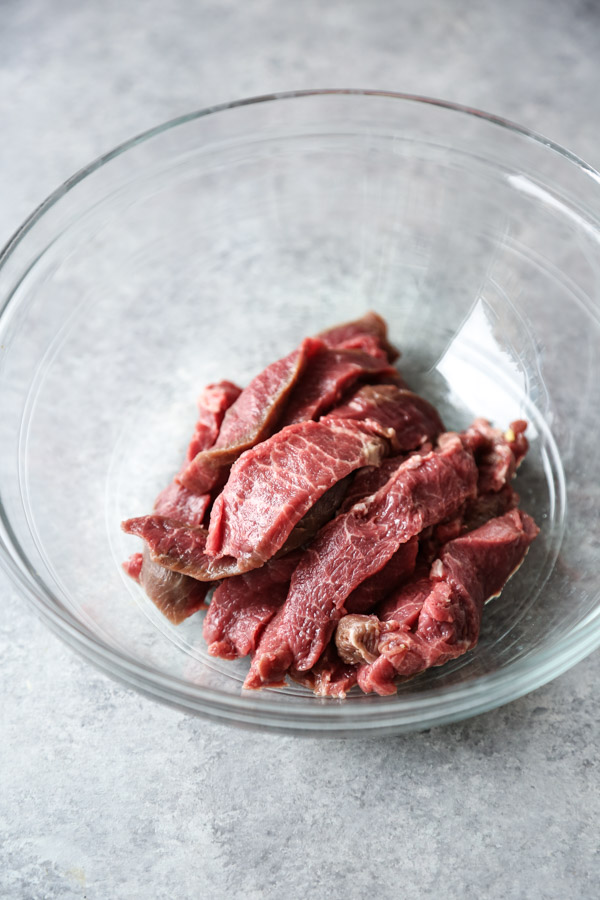 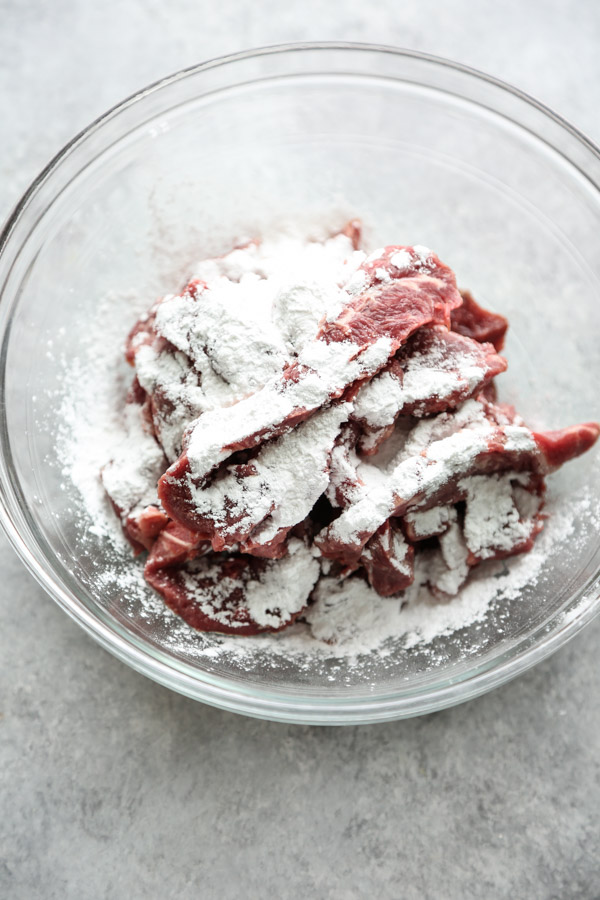 Up until Charlie and I started dating, I usually traveled over Christmas, which meant that I had the pleasure of celebrating Jewish Christmas in other cities. There was a particularly memorable meal in Seattle’s Chinatown, which included king crab legs in a black bean sauce. There was an equally memorable, but way less delicious meal in Budapest, where apparently, there is no Chinatown or PF Changs, just Pizza Hut.

These two incidents were both obviously pre-gluten-free life. The last 7 years, Jewish Christmas hasn’t been quite the same. Usually, I resort to making something myself like this Peking chicken, stir-fried green beans, sesame chicken, or spaghetti squash chow mein.

For the first time in the 6 holiday seasons we’ve been dating, I’ll be going to Charlie’s house for a real deal Christmas. So I thought I would at least get Jewish Christmas out of my system here with this healthy Mongolian beef recipe and copycat PF Chang’s sauce. 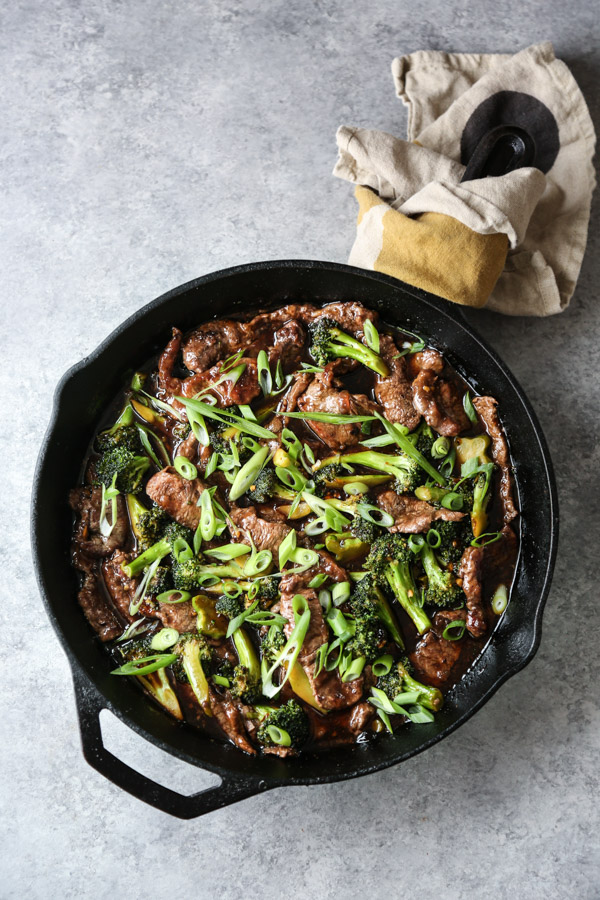 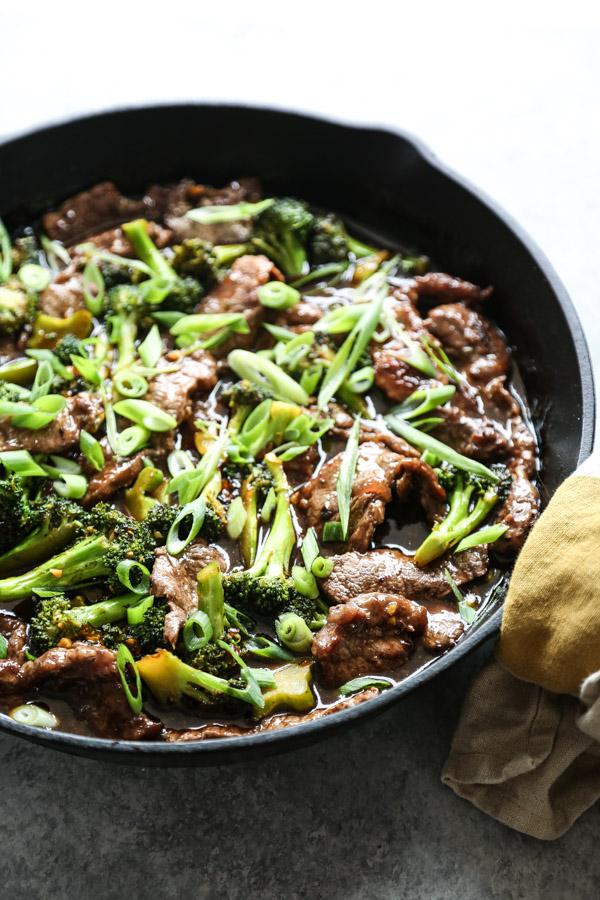 PF Chang’s is actually one of the more gluten-free friendly Chinese establishments out there, which is one of the perks of a corporate ownership, even if it means the company takes off December 25th like everyone else. So I’ve weirdly eaten there on a handful of non-Christmas occasions that I’ve been on the road. To make my version of their Mongolian beef sauce both gluten-free and grain-free, I use tamari and arrowroot starch as a thickener.

As for the meat, you can use a few different cuts of beef for this. Flank steak or skirt steak work well. I used a flat iron steak from my Butcher Box subscription. And you could also easily do boneless short ribs like you would in a bulgogi recipe. 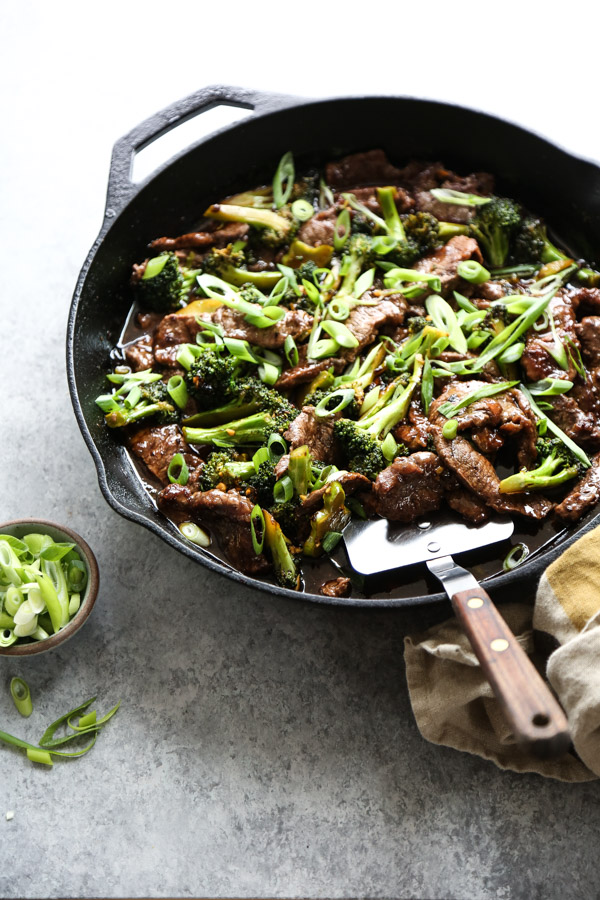 Even if you’re not celebrating Jewish Christmas, this healthy Mongolian beef recipe with broccoli makes for a delicious break from the usual rich, holiday fare. Serve it alongside brown rice or over gluten-free ramen for a complete takeout fake out dinner. 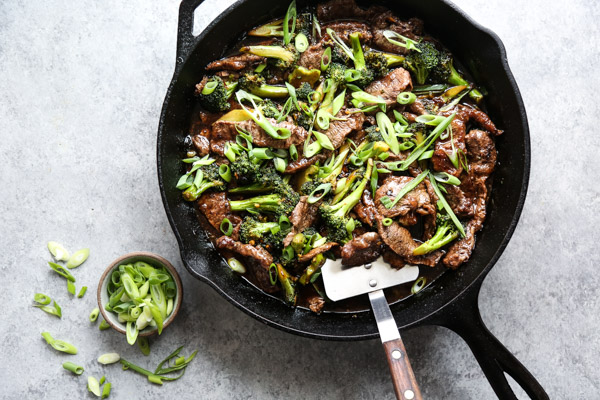 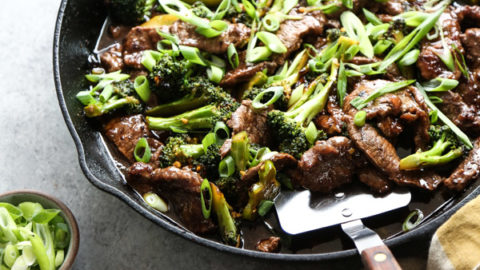 To make low FODMAP: use only the green parts of the scallions, omit the garlic. To make this paleo: swap coconut aminos for the tamari.

If you make this, tag @phoebelapine and #feedmephoebe - I'd love to see it!
752 shares