One of my favorite recipes to teach in my private cooking classes is quinoa pilaf. Whenever someone requests rice, I always gulp in terror and then slyly redirect them towards quinoa. 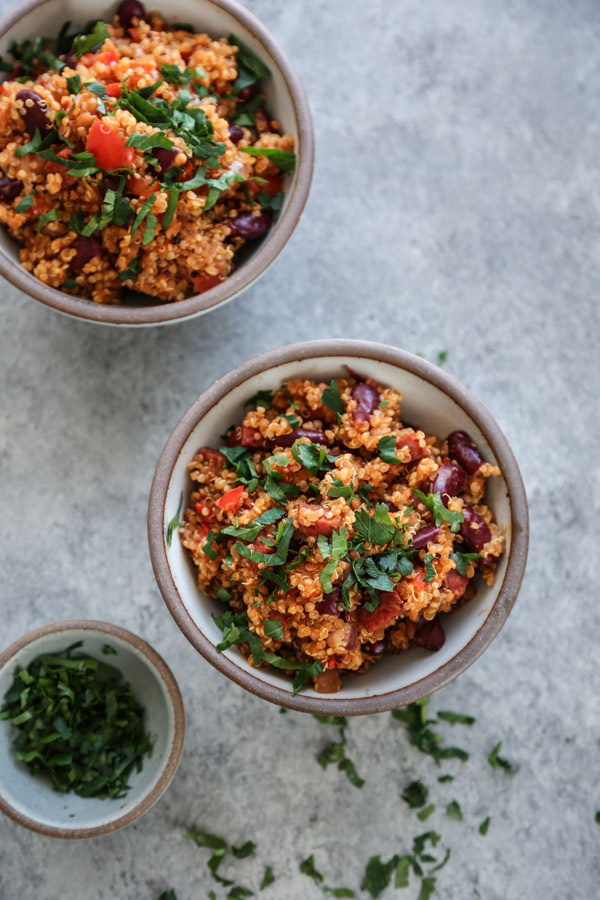 I’ve eaten under cooked (yet somehow also burnt) rice more times than I care to admit. And the probability that I will again is made exponentially higher when you introduce a foreign kitchen into the equation.

But quinoa is actually difficult to mess up. I know, because I’ve subconsciously tried many times to make it happen. And even when I went to take a shower without remembering that there was a pot of grains coming to boil, and emerged to find starchy liquid all over my stovetop, the quinoa still survived. So because a monkey emoji with his eyes closed could make good quinoa, I try to make things interesting by having my pupils try their hand at a pilaf. 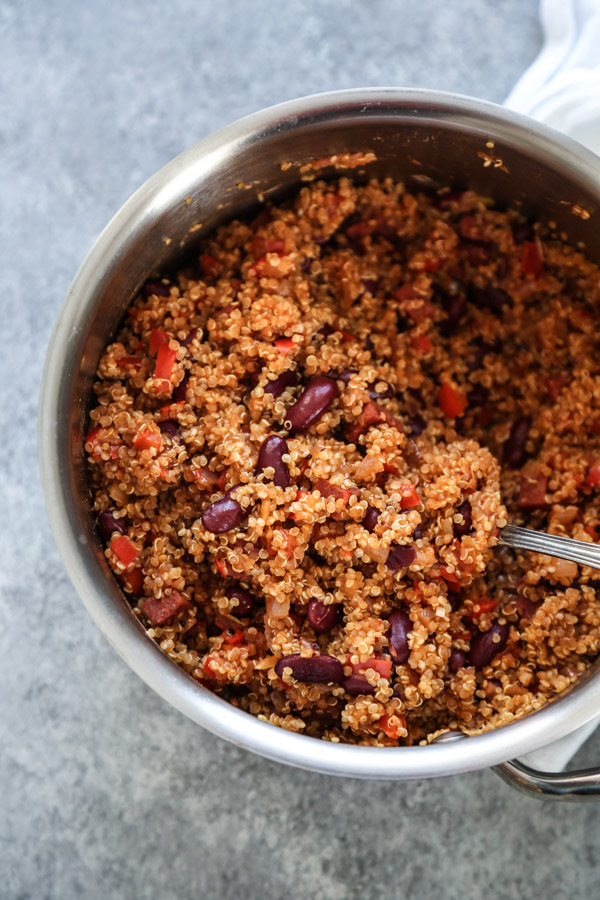 It’s actually surprising how few people know what a pilaf is, considering we’ve all had the Rice-a-Roni theme song in our heads since 1987. The difference is simply in the technique. When you’re making any grain, you usually bring a set ratio of liquid to a boil, cover, and cook until tender. But a pilaf involves sautéing the grains first in a mixture of aromatics—usually onion and garlic, but most notably in our high school cafeteria days with the addition of peas and carrots. After the grains are toasted, you add the liquid, which is often some sort of stock instead of water, and then boil/cover as per usual.

Rice can get a little mealy when cooked as a pilaf, especially if you don’t take the proper care in toasting the grains in the oil and vegetable mixture before adding liquid. But quinoa on the other hand, being ever versatile and awesome, stays perfectly moist and flavorful, even though it takes slightly longer to cook this way (about 23 minutes versus 17). 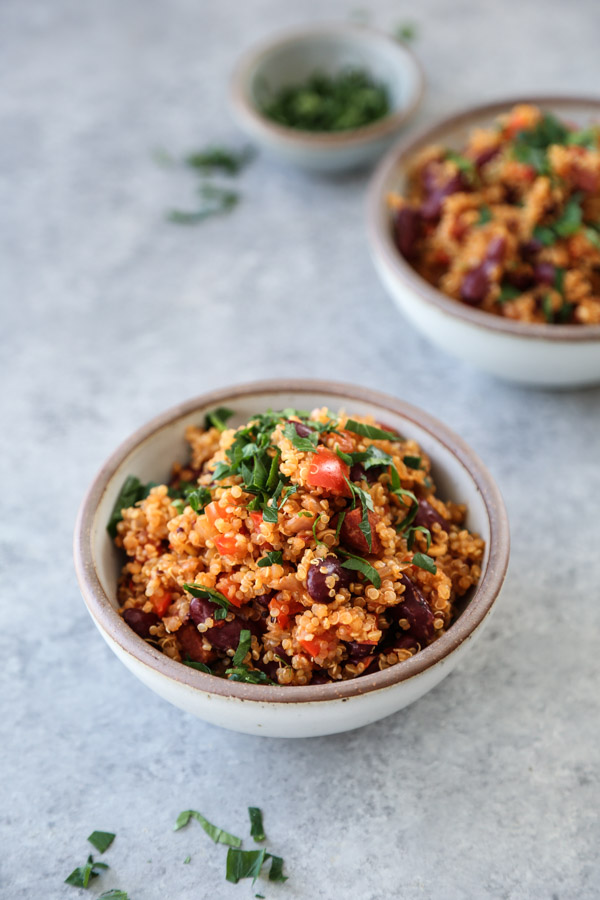 Charlie and I had a little taco dinner party a few weeks ago, so I decided to experiment with quinoa pilaf and give it a slight Spanish/Mexican spin. To the sautéed onion and bell pepper, I added a little chorizo and kidney beans. The resulting pilaf is similar to one of my favorite rice and bean dishes, and perhaps even easier and more foolproof that the one you used to get from the Rice-a-Roni or Goya box. 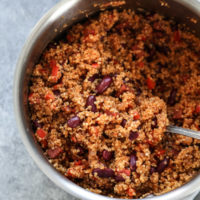 This easy Spanish quinoa pilaf is one of my favorite quinoa recipes. It's flavored with peppers, onions and chorizo for a healthy quick dinner. 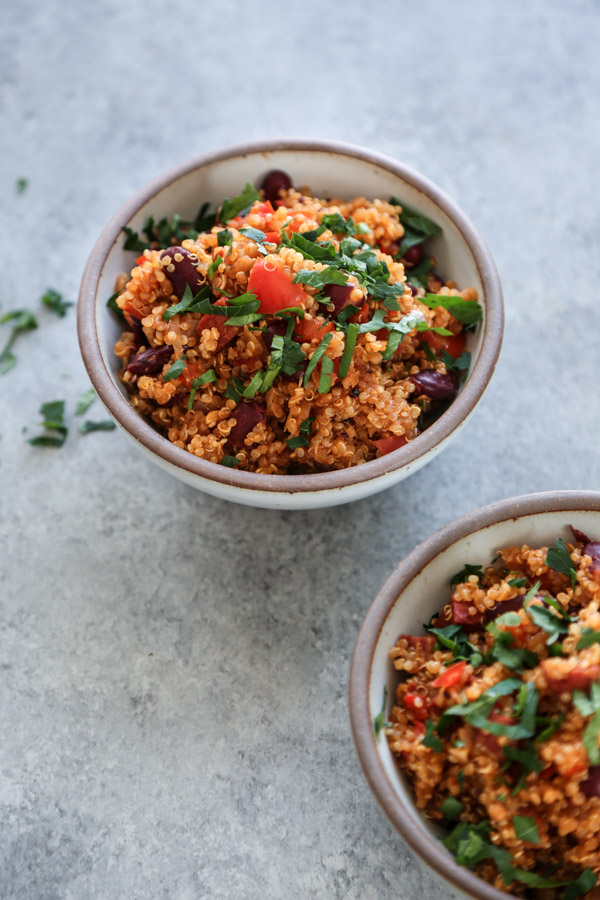