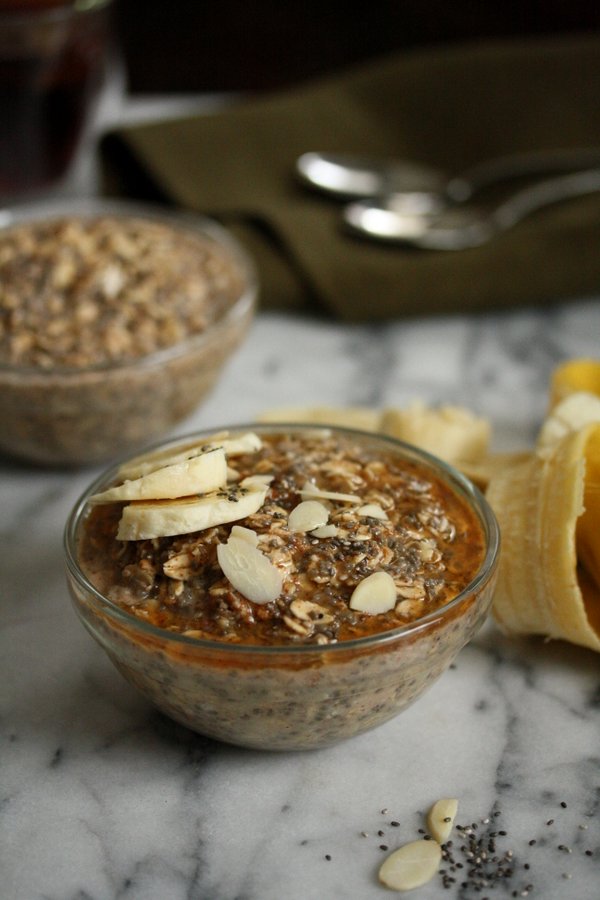 I’ve made a lot of lifestyle changes on my weird little wellness odyssey. But there’s probably no area that’s been made over more thoroughly than my morning routine.

This is a generous term for what I had been doing in the past. As a freelancer who works mostly from home, I’ve found it hard to keep any sort of routine. That’s not to say that I sleep in until 11am every day—quite the opposite. Without an office or any healthy boundaries that would help define the ever-aspirational goal of “work-life balance,” it’s not uncommon for me to come downstairs from my sleeping loft, sit down at my desk while the coffee is brewing, look up five hours later and realize that I’m still in my underwear and the coffee is still sitting on the counter. 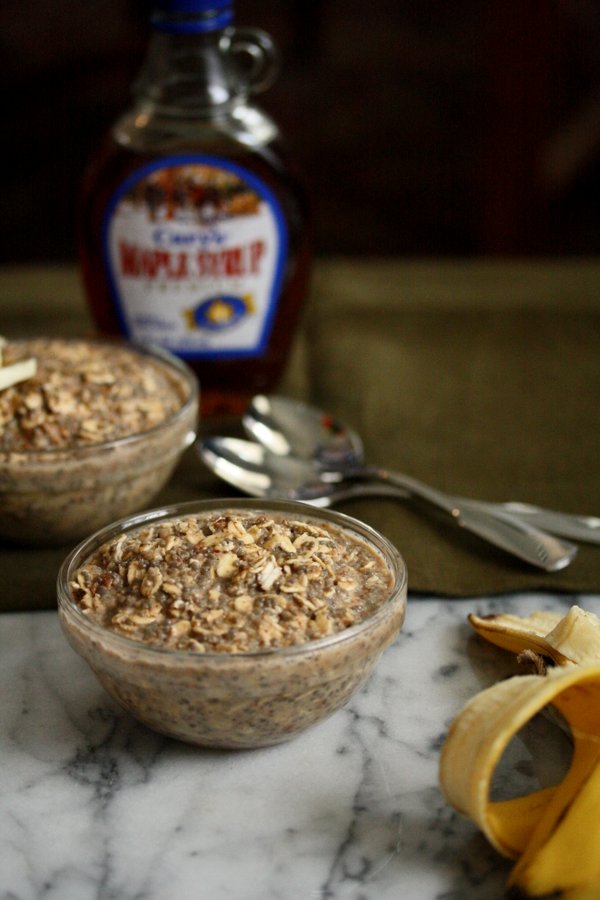 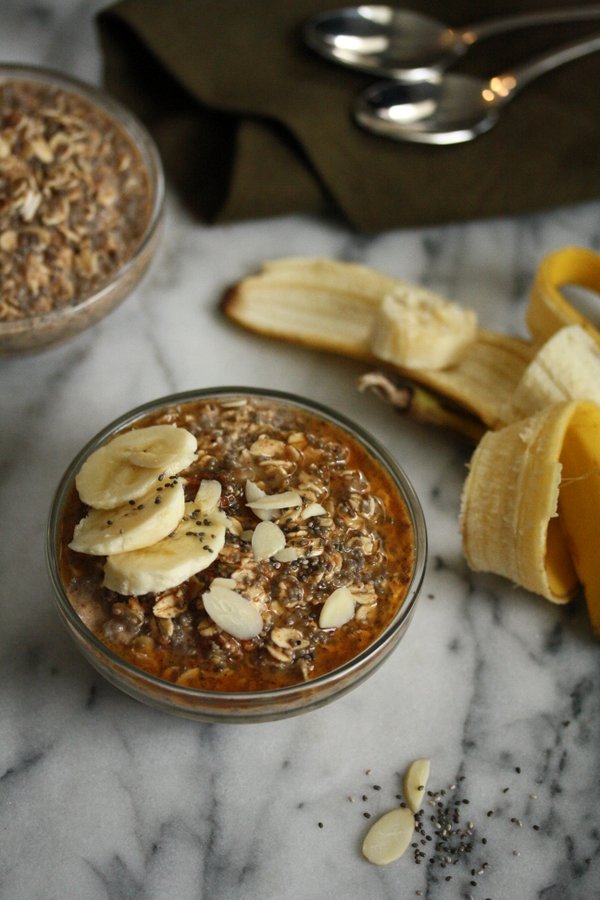 I’m never ravenous in the morning. But I need to eat a little something in order to make it until noon without sticking my face in one of the five Tupperware containers of leftovers in my fridge at any given moment.

Because I cook for a living and usually some part of my day is spent in the kitchen, I consider myself off-duty in the morning. Like most people, I reach for the most convenient, least time consuming option available for breakfast, which is usually a Kind bar, or one of its organic contemporaries – something that just involves ripping open the plastic and going to town. But as I discovered during the first month of my health journey, the problem with my beloved breakfast bars was the sugar. 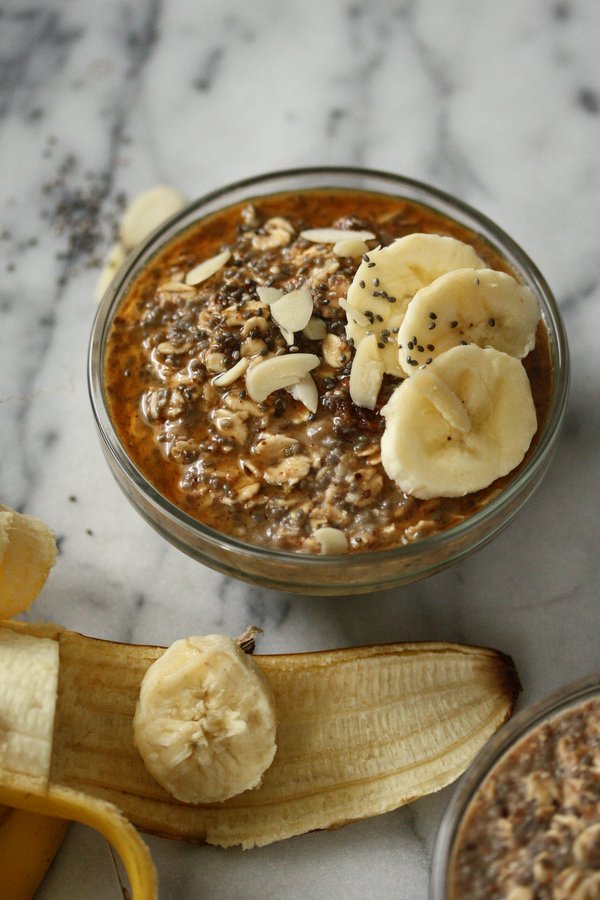 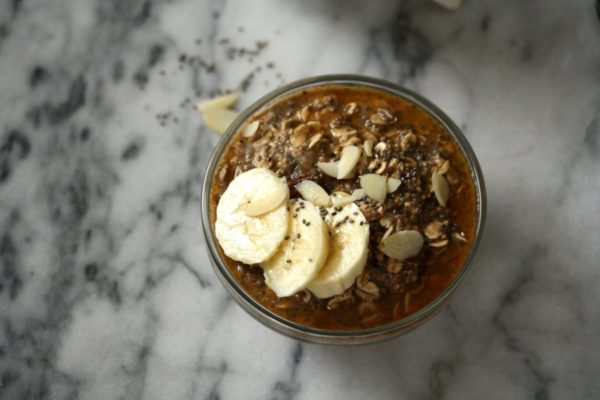 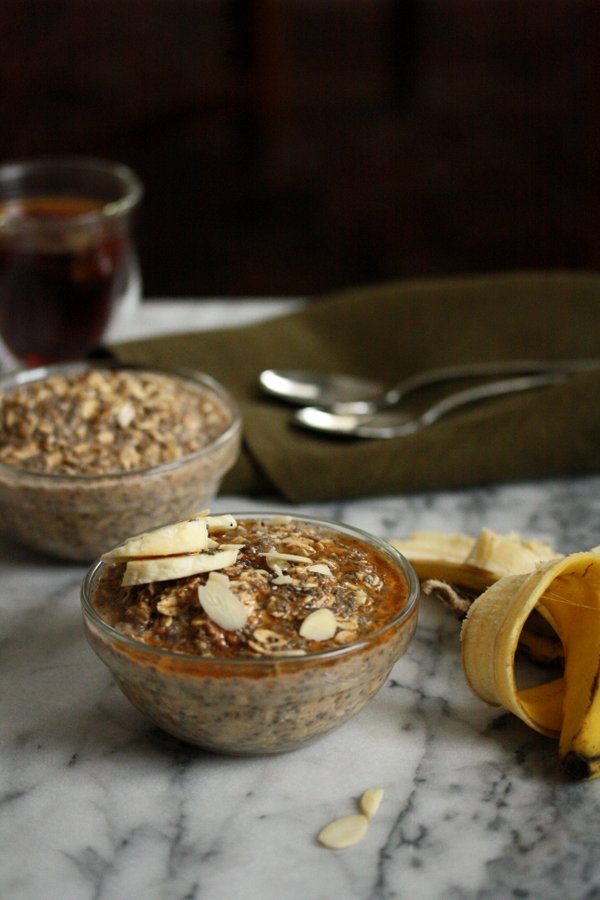 My initial quick fix was single serving green smoothies. During busy weeks though, even cleaning one measly Cuisinart mini prep bowl was enough to bring my best healthy breakfast intentions to their knees. After this happened a few weeks in a row, I knew I needed to change my tactics. And thus, my love affair with overnight oatmeal was born.

To be honest, I found the idea of raw oatmeal at first to be a little off putting. The containers of it at Juice Press were one of the few items in the fridge that I didn’t feel like would taste like deliciously over-priced mush.

But once I tried the system of mixing oats with milk and letting them “develop” in the fridge overnight, I realized how delicious the end result can be. Then I started adding mashed banana and chia seeds to my overnight oatmeal recipe and the texture became even more silky and pudding-like. The oats still have some bite to them, and along with the chia seeds, which plump up after a few hours in the fridge, you get this killer weekday porridge that tastes good cold or hot. 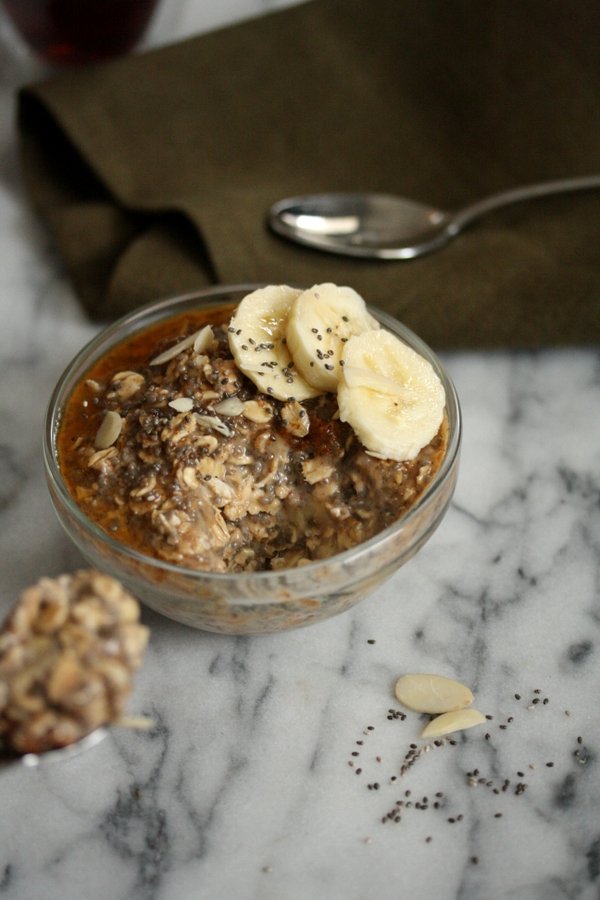 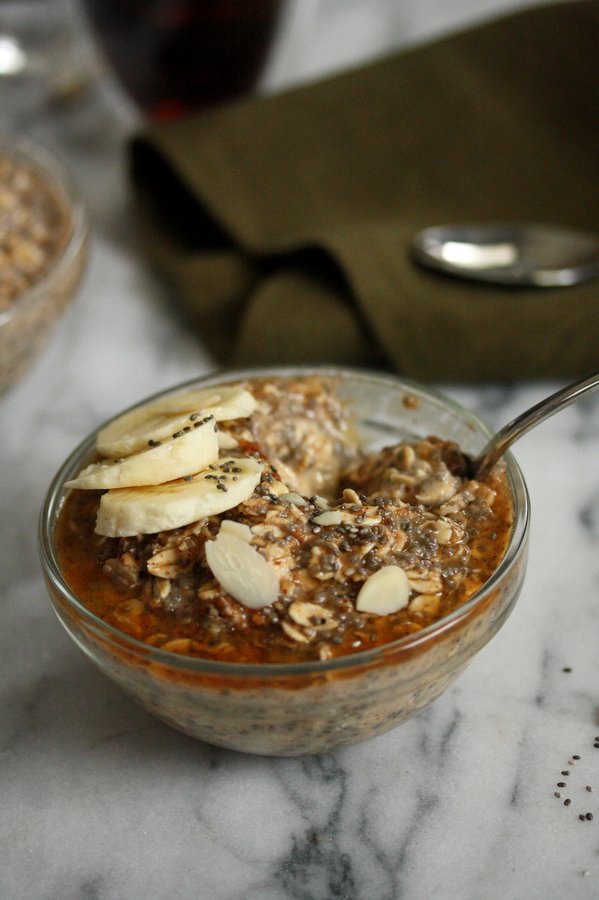 My favorite part about getting in the overnight oatmeal habit is that you can make as many servings as you want for the week ahead and portion them individually. So In honor of my dear blog friend Christina Lane’s virtual baby shower, I made the recipe below serve two, as she is the queen of tiny desserts, dinners and breakfasts for you and your plus one. I’m so thrilled that her next food chapter will need to include an extra spoon.

If you’ve been in a breakfast rut and are in search of a make ahead idea from a fellow lazy cook, look no further. This overnight oatmeal recipe is perfect to whip together in advance of a busy week, especially the kind that may or may not include bringing a new child into the world.

p.s. If you haven’t already, I would love it if you could give FMP your official virtual high five in this year’s Saveur Food Blog Awards! I’m nominated for Best Special Interest Blog – vote here. 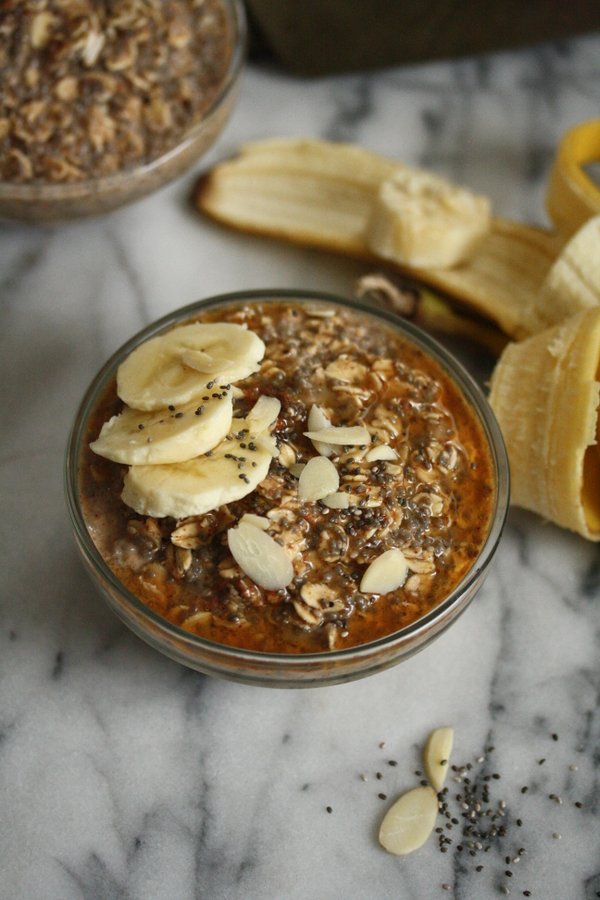 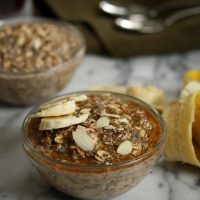 If you make this, tag @phoebelapine and #feedmephoebe - I'd love to see it!
435 shares