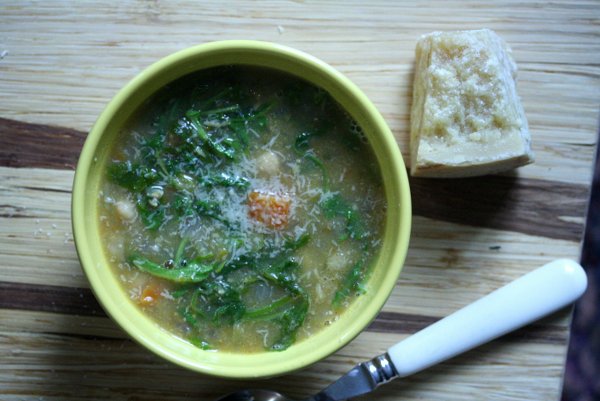 This soup is another one of those Spring recipes that fell by the wayside when I left for Chef Race. Looking back over my image archives, I realized that legume soups with greens were trending hardcore in my kitchen this year. And most of them were made during the insidious, cold-producing awkward periods we like to refer to as the change of seasons (sigh). Since we’re currently smack in the middle of one, and I’m pounding so much emergen-c that I might be the first person ever to overdose on a vitamin, I thought it was the right time to finally share this soup with you.

When I studied abroad in Italy and was living off an American allowance on the Euro, I made these types of humble soups all the time. Most people think Middle Eastern when chickpeas are at the plate, but they’re actually fairly common in Italy as well (if this recipe is any indication) – and ceci might be one of my all-time favorite Italian words (pronounced tchay-tchee).

I made this version last March to have something warm and comforting in my fridge for the week. But I ended up bringing one of the Tupperware containers over to my friend Sophie’s house, who had just encountered episode two of what would become a verification of the theory that bad things come in threes, and was generally in need of a little comfort. I made it with one of my favorite Tuscan soups in mind, but instead of white beans and escarole, I went with ceci and rucola.  Make sure you use really good Parmesan, and don’t hold back. 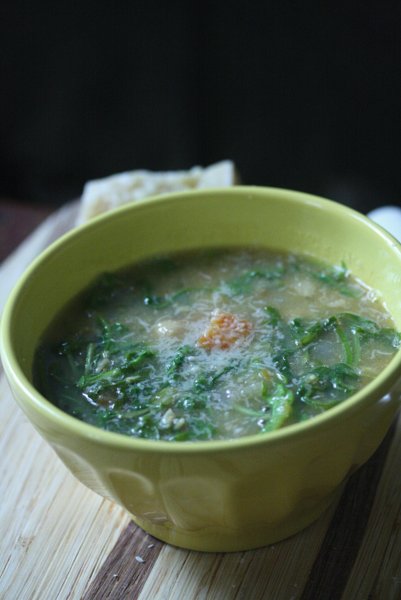 Chickpea and Arugula Soup with Parmesan

No ratings yet
print recipe
If you're the kind of person who holds onto Parmesan rinds, this would be the time to use one. Add it to the soup with the stock, and you'll get an incredibly rich Parmesan broth.
Author Phoebe Lapine 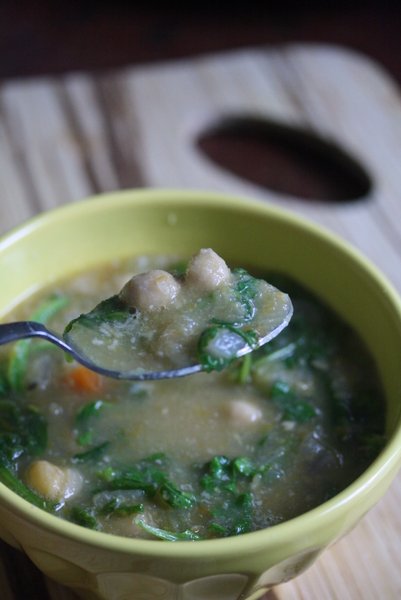