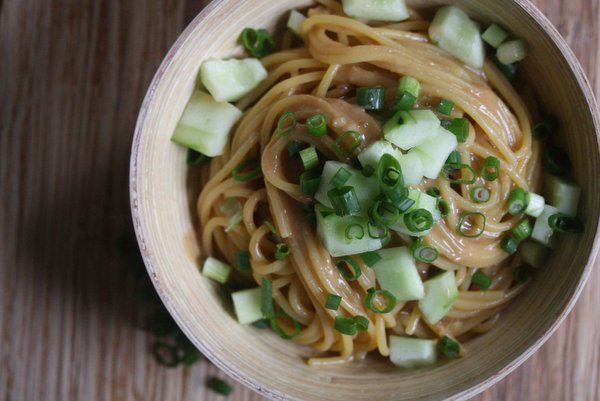 Before I left for Cali, I catered a little cocktail party for my dad and some of his friends. I usually give experiential gifts for the holidays, and now that I have some professional skillz under my belt, my offerings have been seriously upgraded from the days of hug coupons. This year for Hanukkah, my mom got an Instagram and Pinterest lesson, and my dad a Sunday night finger food party.

I took control of the menu for the most part (you have to remember to read the fine print on the back of those coupons). But I did take one request: peanut noodles. 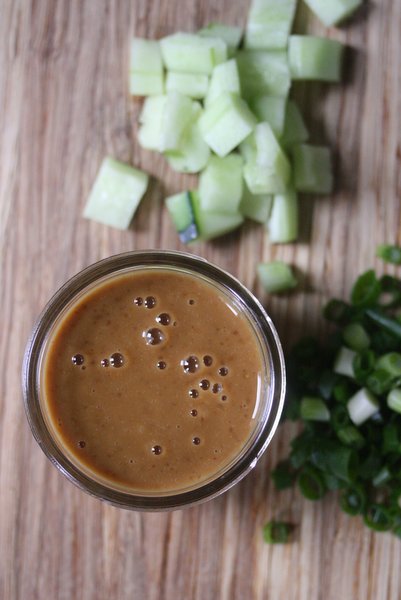 Cara made a version of this sauce for our friend Jordana’s birthday party in 2008. Along with some of my crostini recipes, the peanut noodles became the subject of our first ever post on Big Girls Small Kitchen, and eventually a very important narrative thread in our book.

In my early days of catering, these noodles were served in mini Chinese take-out containers. People went nuts over them, and they made even the biggest banquet table look like it housed a feast. But since I became gluten-free I’ve tried not to serve them too often. For one, putting saucy noodles in those little take-out containers, is a huge pain in the you know what. Second, there is nothing that kills my willpower more than this peanut sauce.

Since it was more or less my party too, I made the sauce with gluten-free tamari (I like this brand), which is an easy enough adjustment. But I felt bad subjecting the guests to gluten-free pasta.

Despite the mandatory tequila shot my dad made everyone take when they arrived, we still ended up with lots of leftovers. But I was secretly relieved to have a small container of peanut sauce to take home with me. After a long week of travel and eating out, there was nothing I wanted more when I got back than a bowl of homemade peanut noodles and 3 episodes of Fashion Police.

This week I’m heading out of town again – but only a quick excursion. I’ll be giving a talk to the Wharton food club on ways to cook smarter, not harder for the busy business school student. If you happen to be in Philly and want to come, let me know! 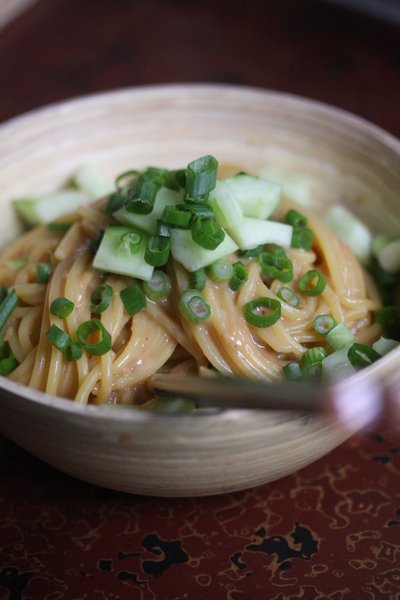 No ratings yet
print recipe
Brown rice spaghetti is closer to the texture of udon noodles than Italian pasta, so it makes for the perfect gluten-free substitution here! Sauce adapted from In the Small Kitchen.
Total Time 15 minutes
Servings 4
Author Phoebe Lapine 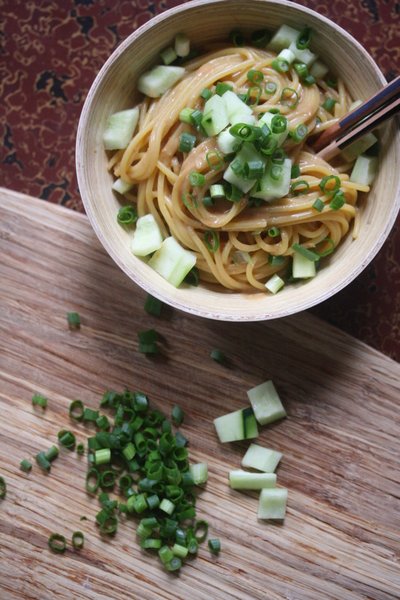