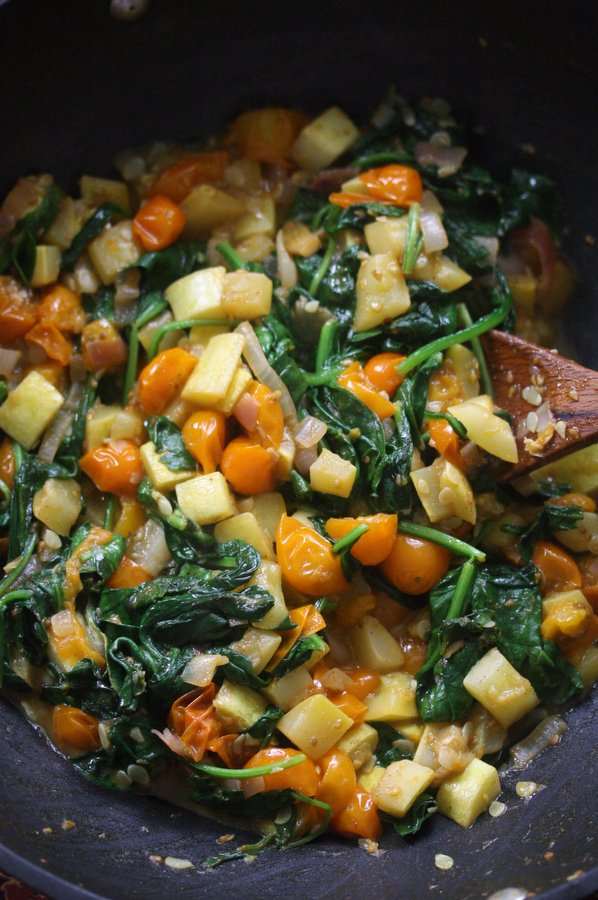 I’ve never felt so meh on a Monday.

I got back last night from my best friend from high school’s wedding in the Hamptons. As the bride put it herself, the impending sickness and persistent spasms in my calves are signs of a weekend well spent. And my symptoms are raging this morning.

I’m not going to lie, I was a little nervous about the state of affairs when my Memorial Day weekend in the Hamptons was spent eating stew and drinking heavily for warmth under a comforter. But Sarah seems to win at life, and her wedding was no exception.

Since she’s an interior designer and lifestyle blogger, and her invitation was the prettiest thing I’ve ever seen, I knew that the weekend would be stunning. But the weather really stepped up its game to match.

As weddings always are, the weekend seemed to be the end of an era and the beginning of something beautiful. And now that my rehearsal dinner speech is out of the way, that thing I’m referring to is summer. 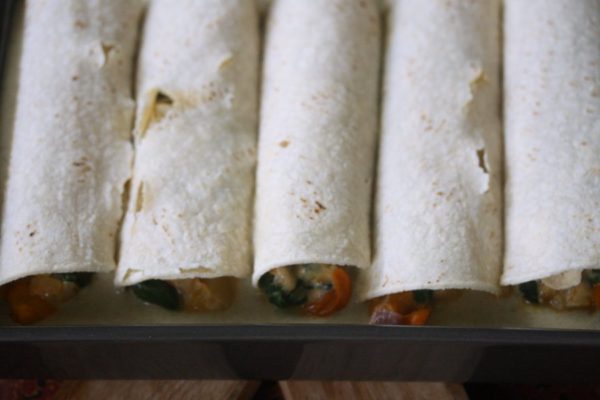 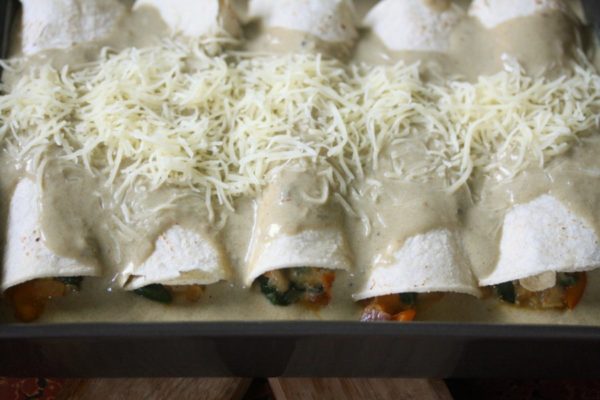 You don’t normally think of enchiladas as summertime fare. They are so heavy and cheesy and comforting. But in the spirit of lightening up your favorite dishes, I wanted to give this Mexi meal a little summer veggie love.

There’s a great enchilada recipe that I developed for my cookbook. Weirdly, it’s not one that I regularly make. But I get compliments on it all the time. When I was rereading it for inspiration, I realized how many simple tweaks I could make, to not only de-glutenify the recipe, but make it that much easier. Oh the benefits of being three cooking years older and wiser. 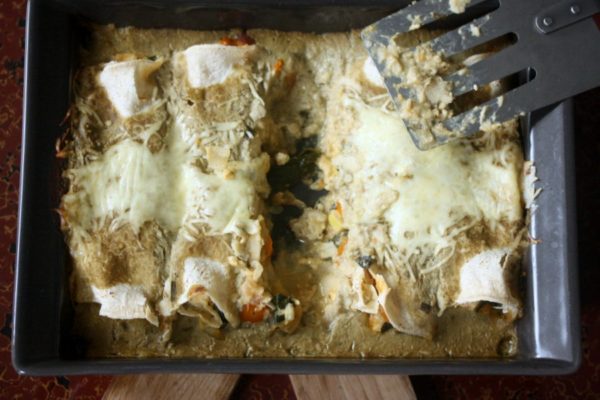 This dish is a result of those tweaks. The green chile sauce is simply a jar of tomatillo salsa and some greek yogurt pureed together, instead of diced green chiles, béchamel, and sour cream. And the filling is a simple sauté of summer squash, cherry tomatoes, shallots, and spinach. You can up the ante on the cheese if you’re not watching your waistline. I may or may not have added some extra cheese to my plate when serving this to some of my skinny friends.

I’m very excited to share this recipe with you and cross it off my blog bucket list. It’s possibly the only good thing about this Monday. 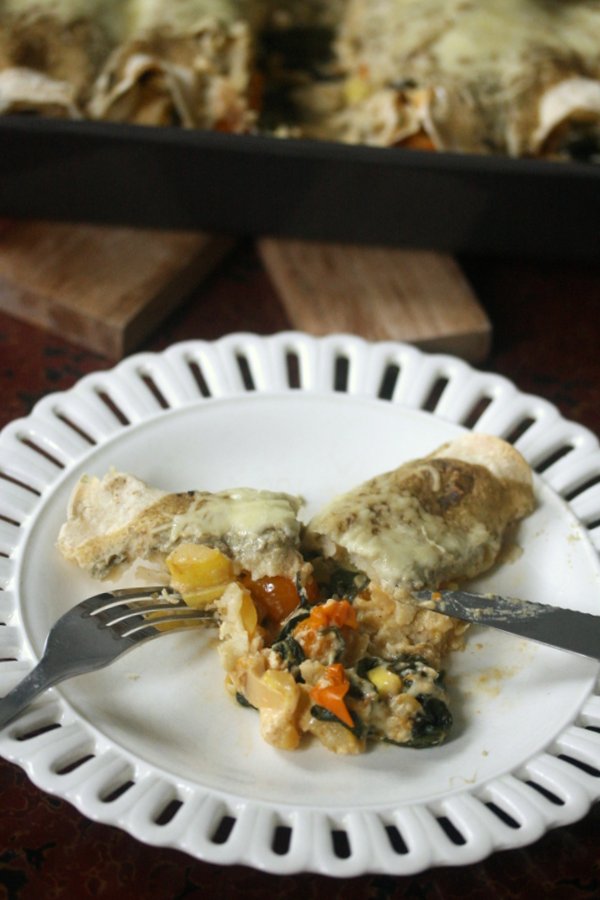 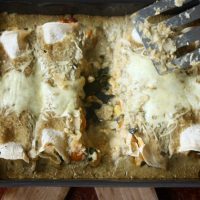