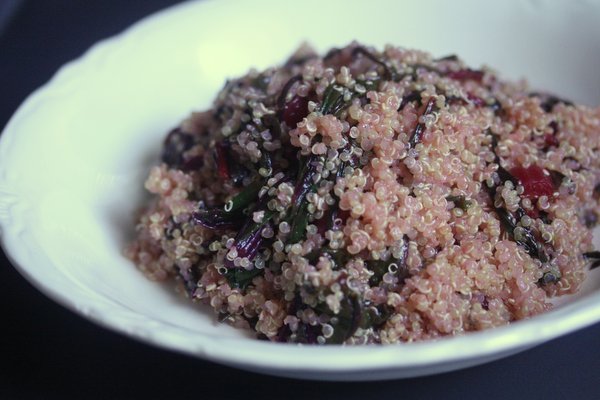 I stayed up past my bedtime last night watching the Golden Globes, and nearly choked on my butternut squash paella when Tina Fay said that after being married to James Cameron, Kathryn Bigelow must know a thing or two about torture. Zing.

Rather unconsciously and resolution-free, I’ve been eating a lot of main course vegetarian grains this month. The butternut squash paella was leftover from a vegetarian dinner party I threw on Friday, and was a second attempt at the dish, which I made for the veg heads at my table on New Year’s Eve. (Recipe to come…).

This quinoa with pink greens is a combination of two dishes I make often–this recipe from Food52, and a turmeric-laced quinoa pilaf I make often to go with various tagines. It’s been very popular with some of my more health-savvy clients, so I thought it was probably the right time of year to share it with you.

One of my clients who’s a nutritionist liked the dish so much, she put it in her new book coming out this Spring! I’ll keep you posted on when that’s happening. In the meantime, use this quinoa as a receptacle for all your wayward beet greens and chard leaves. It’s great as a bed for a spicy stew, or on its own if you’re having a quiet night in front of the TV, as I plan on doing tonight with some DVR-ed Downton and Girls. 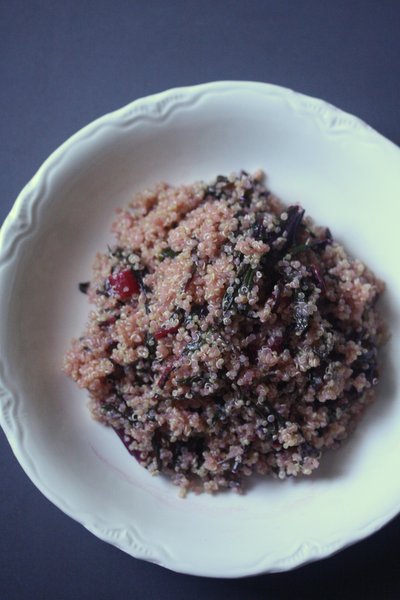 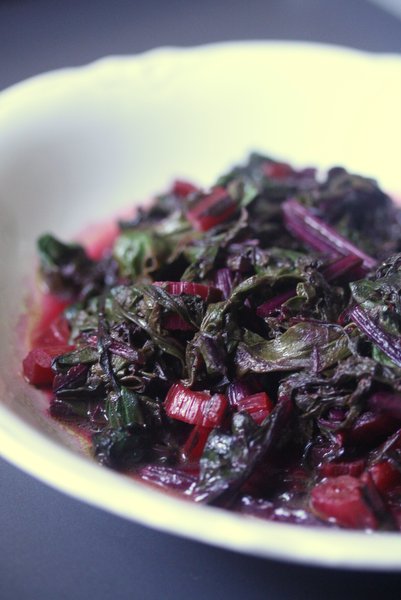 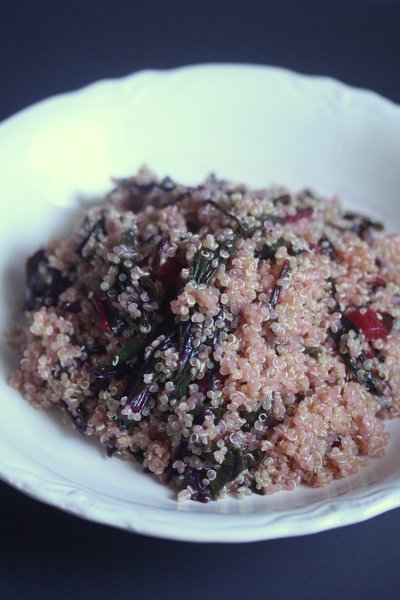