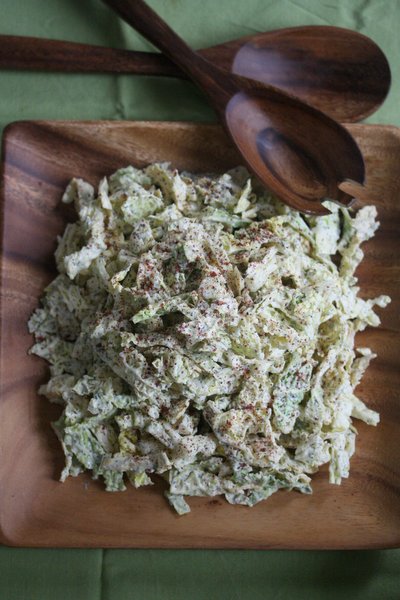 Whenever I go to LA, I always try to book a room with a garden view at my Aunt and Uncle’s house in Santa Monica. I’m usually running around like a maniac, and this ensures me plenty of quality time in passing, and at least a few food truck runs for local tacos. If I have time, meals are included. If not, I still manage to leave with plenty of cooking inspiration.

My stay this time around was more harried than usual, but on the afternoon before I left, my Aunt was sitting out on the porch pouring through her recipe binders and much-loved cookbooks. My uncle had written me an email earlier in the week to tell me that my recommendation for “previously classified couscous” as an Argo best picture themed dish was not culturally correct. So we got on the subject of Middle Eastern and Iranian cuisine. They both traveled extensively there in the 70’s and 80’s, by way of VW bus, and took home many culinary influences.

As I looked through Barbara’s binders, I came across a recipe that included Sumac and realized that I had no taste memory of this spice. My aunt proceeded to pluck a jar from her cabinet and sprinkle a little in my palm. Nothing like a little hit of spice at 10am. But it was delicious – tangy and aromatic and just slightly bitter. I think I ended up eating a straight tablespoon of it over the course of 10 minutes.

She explained that it wasn’t usually added to the base flavor of a recipe, but rather used as an accent for the final dish. My mind immediately started thinking of popcorn and potato dustings. At the airport, I ordered a bottle from Zamouri Spices to experiment with when I got home.

I’m still dreaming of that popcorn, but I want to share my first experiment with you today – a recipe for this light Mediterranean slaw that’s a perfect transitional side dish between winter and spring. I got the idea for the dressing from Parm in New York City, which serves an awesome cauliflower slaw loaded with mint and Greek yogurt instead of straight mayonnaise. The dusting of sumac not only added some much needed color to the top of the dish, but the tang was the perfect compliment to the yogurt and mint.

If you’re a little sick of warm, heavy winter foods, and are desperately awaiting some of the bright green veggies of Spring, try this slaw as an intermediary salad. It goes great with lamb, which is how I served it on Oscar night to a table of friends. 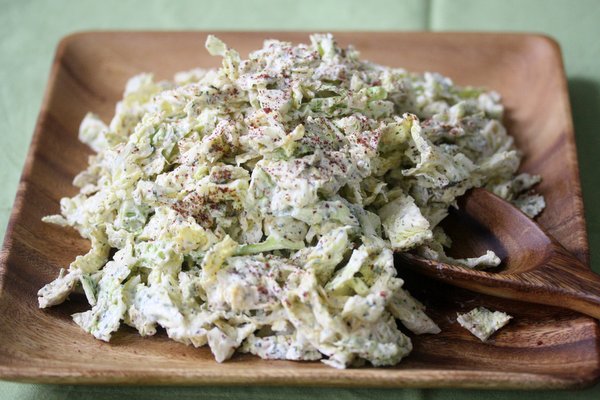 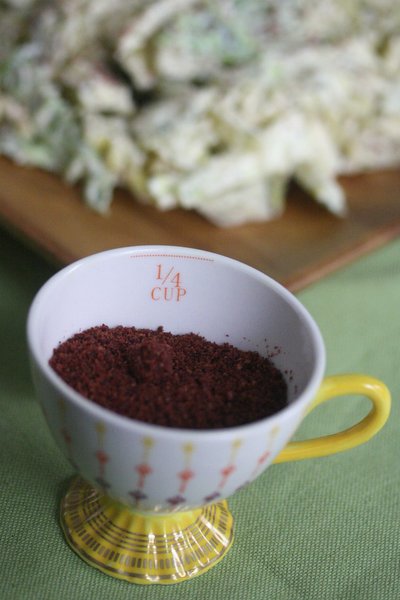 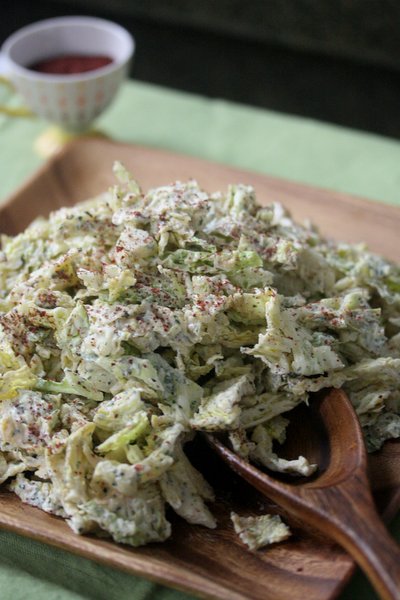