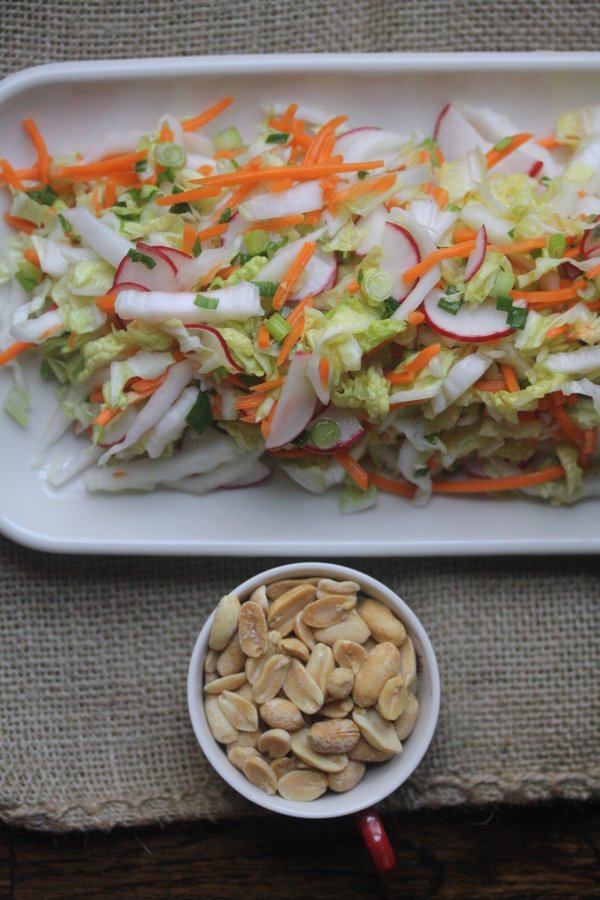 One of the fun things about my weekly private chef gig is getting new inspiration without having to do any of the legwork searching for it.

Back in the fall, I used to send ideas to my client via email from week to week. I kept an on-going list on my end, but soon realized that a great way to keep the inspiration pooled between the two of us would be to create a private Pinterest board. This has worked fabulously, and as a result, I’ve been turned onto many recipes without having to trove the internet for them. 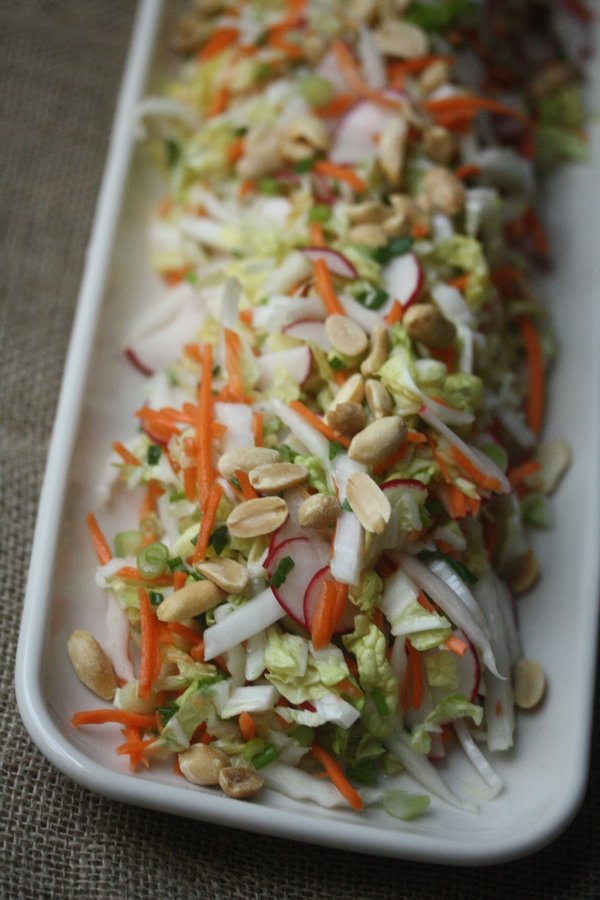 A few weeks ago, she came across a recipe for Thai tacos with cabbage slaw. The chicken marinade sounded delicious. But after I made it, the slaw was my revelation. The recipe was incredibly simple: just cabbage, radishes, scallions, carrots, and rice wine vinegar. Since the chicken marinade already had fish sauce and lime juice, I added those two to the slaw to give it even more of that Thai flavor. I liked it so much, I ended up making it again at home later in the week. 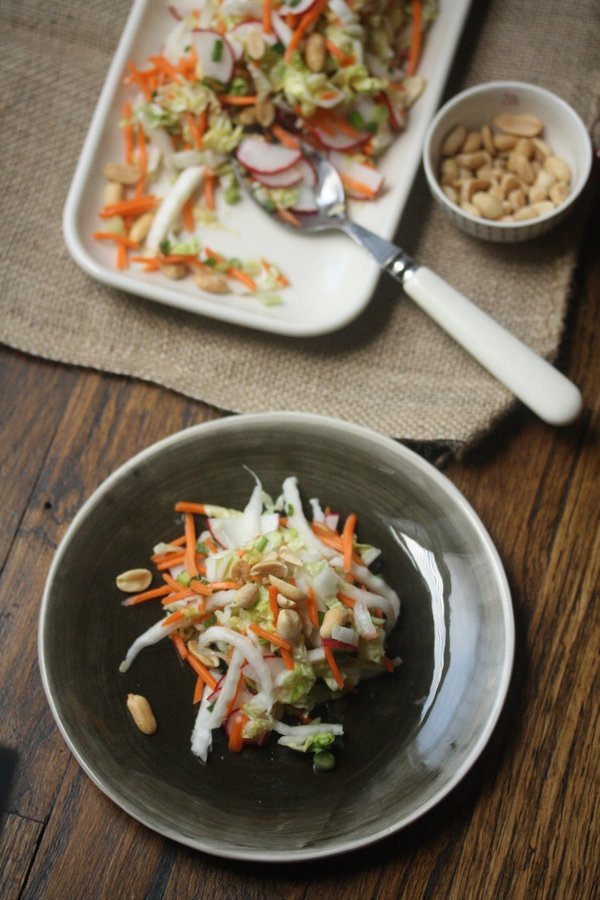 The craziest thing about the slaw is that it has no oil or sugar. In other words, it could not be better for you. One head of Napa cabbage also stretches a long way. I eat a lot of slaw in the summertime, and now that it’s mid-June pretty much everything on this site is a slow clap lead-up to July Fourth. It might not be the most all-American slaw in your repertoire, but I still think it’s worth a try next to ye ole hotdogs and hamburgers.

Where do you get most of your recipe inspiration? (besides here…duh). Would love to know in the comments!

Happy Monday, and eat up!

p.s. anyone been to San Sebastian or the Basque region? I’m planning my solo adventure for mid-July and would love suggestions in the comments! 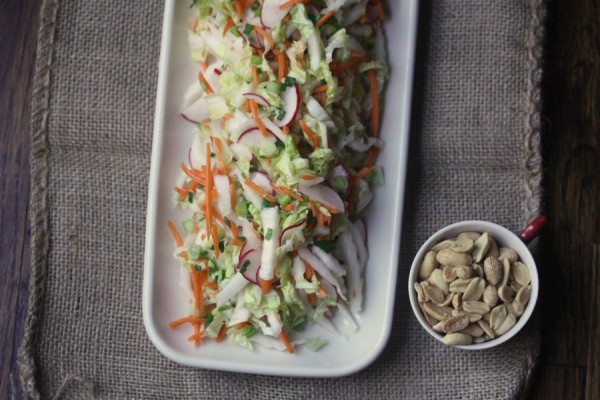 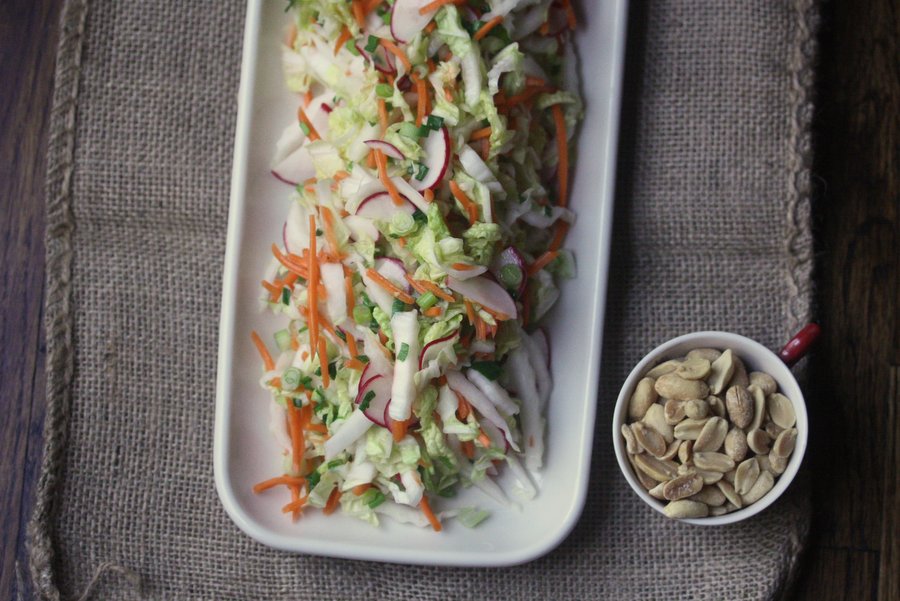 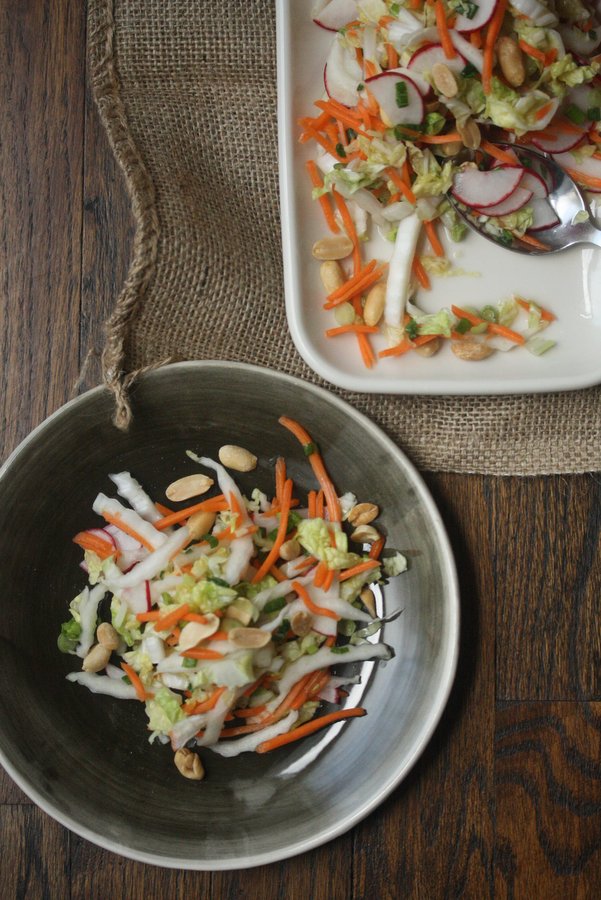