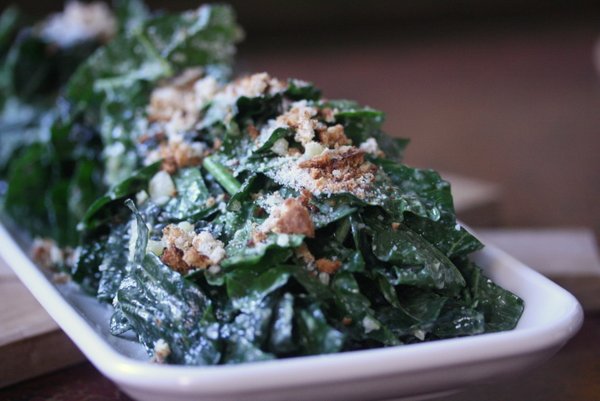 I find that one of my biggest challenges with keeping my food-related resolutions is that it’s so darn cold outside. Who wants to eat a salad when there’s snow on the ground? My mind is saying steamed vegetables and tofu, but my body wants chili con carne.

I always tell people that listening to your cravings is important. If I cut out some of my food vices entirely, in a moment of weakness, I’d probably end up on my couch at 11pm watching reruns of Sex and the City with a bucket of Buffalo wings.

This month I’ll be focusing on healthier versions of my favorite comfort foods. As far as I’m concerned, being healthy is not about calorie counting. I still preach the gospel of cheese and chicken wings. But I’m trying to add more vegetables to my diet and not be egregious with naughty things. I’m trying to find better ways to have my cake and eat it too. And by cake, I mean rice pudding.

Let’s take Caesar Salad for instance. Most comfort foods don’t include lettuce, so I guess it has that going for it. But if you top lettuce with creamy dressing and about a pound of Parmesan, you’re likely to crave it as much as fried chicken and delude yourself into thinking it’s better for you. On the other hand, there’s a time for arugula and lemon juice, and that time does not involve the luxury of bulky knitted sweaters. 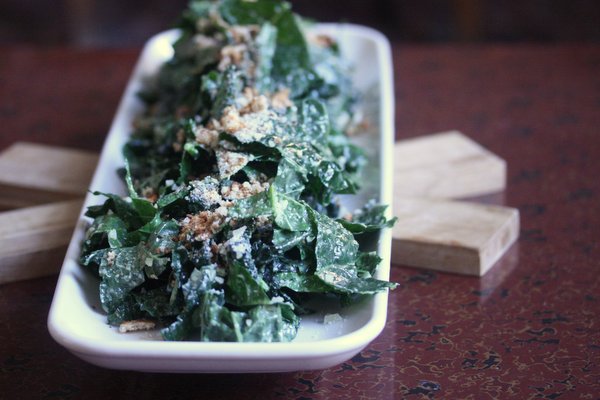 There’s nothing novel about switching out romaine for kale. You will probably find kale Caesar salad on half the restaurant menus in Williamsburg. But it is a healthier choice, one that let’s you get away with at least a ¼ cup of Parmesan cheese to counteract the nutritional value.

What makes this Caesar salad healthier than most is the dressing. There’s no egg , no cheese, and no anchovies, which makes it vegetarian. (If you eliminated the Parmesan sprinkled over the top of the salad itself, you could make the whole dish vegan.) What gives the dressing its creamy Caesar-like quality is the roasted garlic, which acts as an emulsifier, a thickener, and a general yumminess inducer.

I’ll be joining the folks over at Better TV this Thursday to show them how to make this salad and my Five Spice Winter Squash Soup. Stay tuned for the segment – I’ll share it with you as soon as it airs!

In the meantime, chill out with some kale. It will make the other naughty resolution-breaking things you do to your body all the more acceptable. 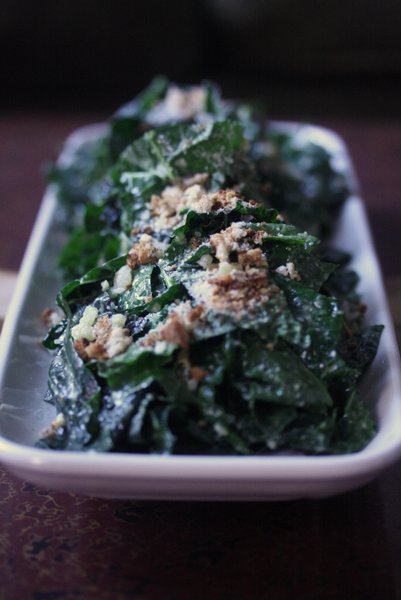 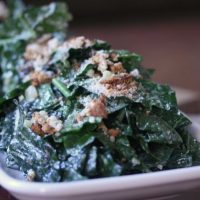 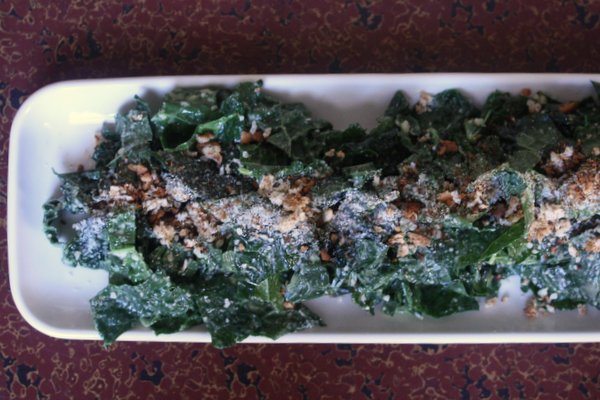