This Mexican sweet potato hash recipe has taken on mythic status on Feed Me Phoebe as one of your most made recipes. 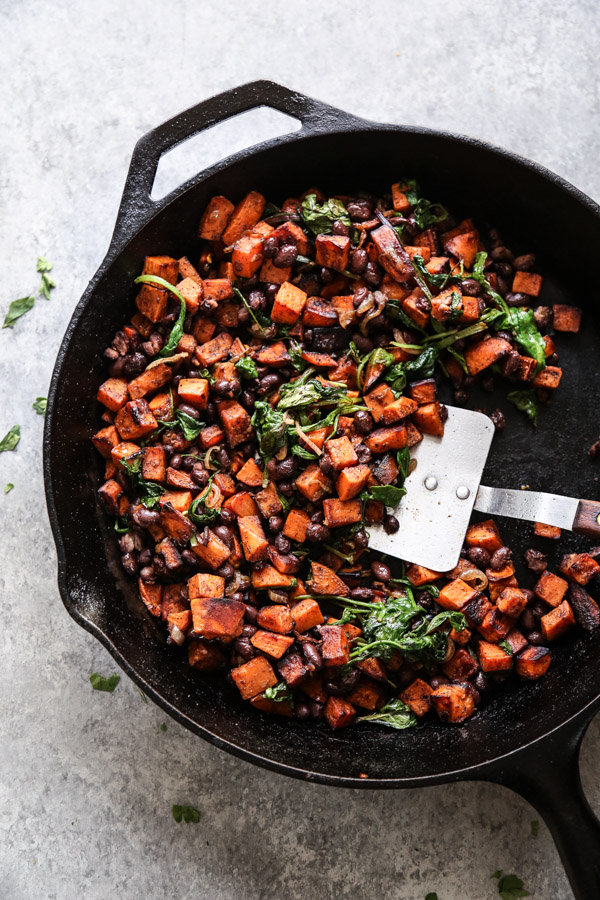 And yet, it was created in the most humble circumstances, while I was holed up at a writer’s colony in Tennessee down to the dregs of my groceries for the week, trying not to waste too much time in the kitchen that should have been spent working on my manuscript for The Wellness Project book. 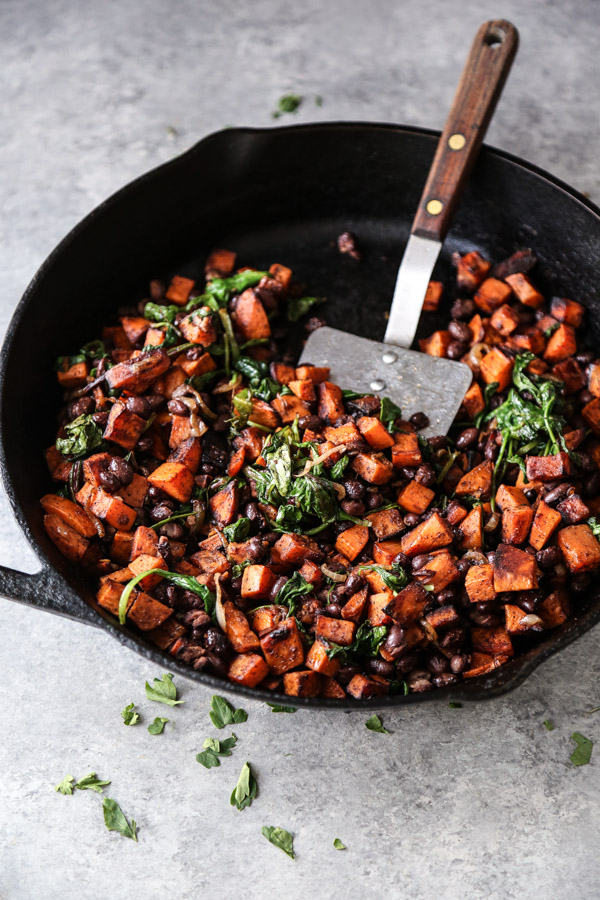 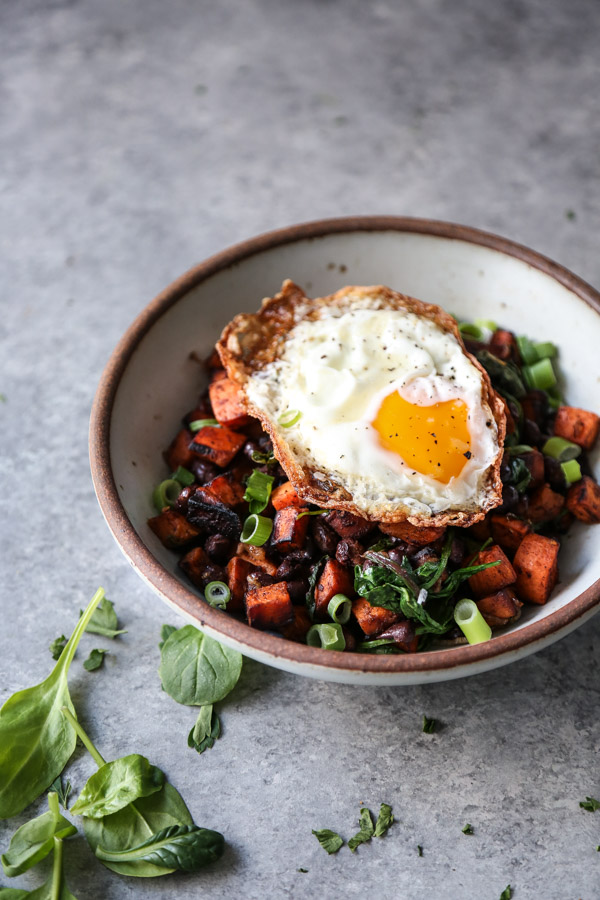 As the child of two writers, I’d long heard about these mythical artist colonies. It sounded a lot like camp, except that arts and crafts hour is all day long and takes place in the privacy of your own cabin. Besides that vague picture, I don’t know a whole lot about what my dad does on his annual trips to the woods of New Hampshire, but he does usually come back with an on-going ping pong rivalry with one poet, painter, or the like.

I opted for a slightly more solitary situation in the mountains of Sewanee, with very few fellow writers and zero table sports. Most people go to these colonies to have all their meals provided for them around a communal table. But cooking is always a distraction I happily keep, so long as I can give myself some boundaries to make sure I’m not staring at the stove instead of my computer all day long. 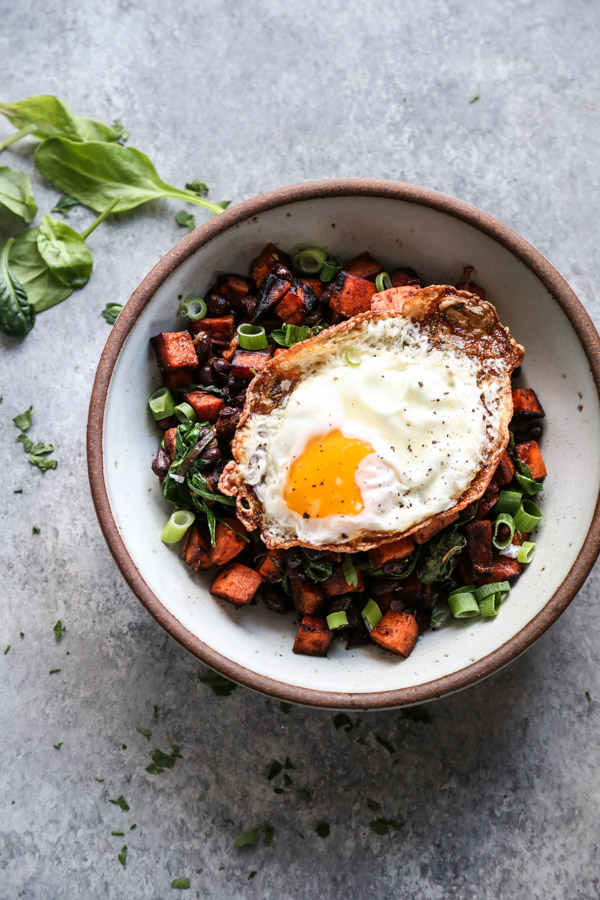 The retreat also coincided with my cooking challenge that was part of my “year of health.” It was originally intended as batch cooking from the Farmer’s Market, but down south had to be done from the Piggly Wiggly, which had surprisingly a lot of GF and organic options–even 4 years ago!

This Mexican sweet potato hash recipe was what I cooked up at the end of my first week at the colony. One of the easiest ways to stretch your budget is by making meatless side dishes and topping them with a fried egg if you want to turn them into a main course. This is a strategy I use across the board to make healthy eating more affordable. I also add some beans or legumes whenever possible to bulk up my fresh produce with some cheap, lean protein. 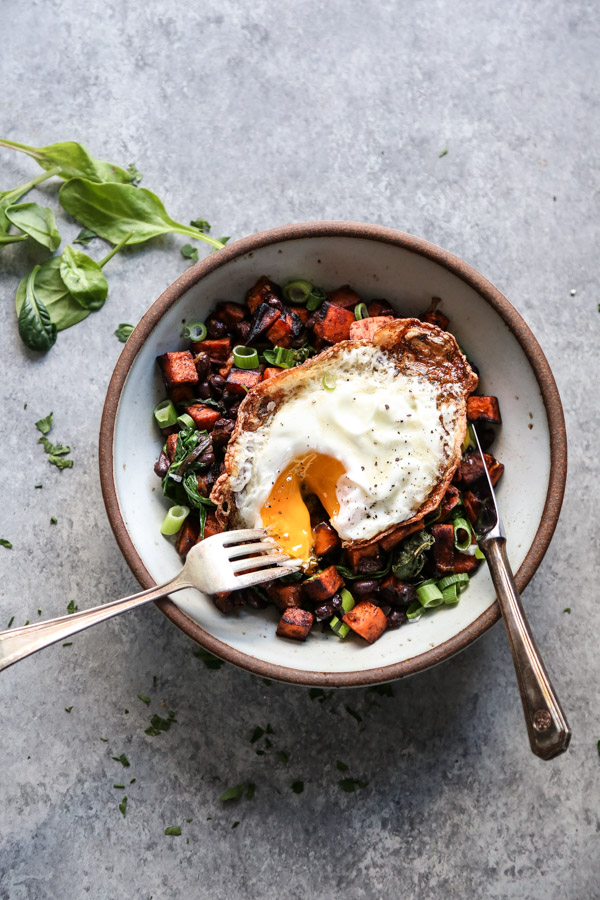 Below I’ve got a brand new video of how to make the sweet potato black bean hash. I also may or may not be taking it for another test drive this weekend since I’m heading back down south to Charlie’s family’s house in South Carolina.

When I get back, we’ll be starting my free Spring Gut Reset Challenge, so if you haven’t signed up yet, make sure to do that before it’s too late! Click here to get on the list. 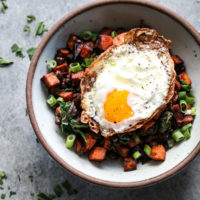 This Sweet Potato Black Bean Hash Recipe is kicked up with Mexican spices. It's Whole30 friendly, paleo, and gluten-free. Perfect for a quick breakfast with an egg on top or easy dinner as a vegan taco filling.

If you make this, tag @phoebelapine and #feedmephoebe - I'd love to see it!
3925 shares