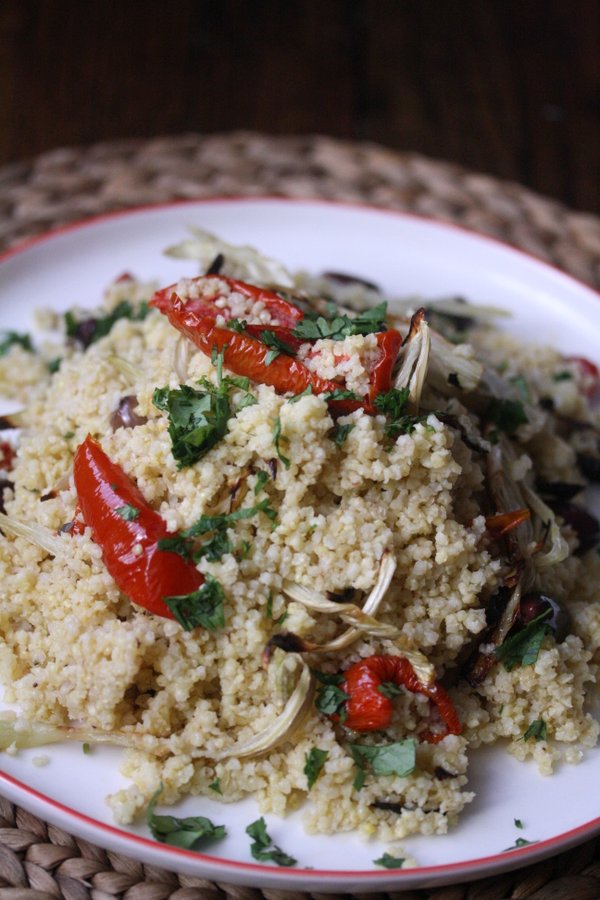 I found the healthy state of affairs in my childhood pantry to be deeply unfair.

My mom was a whole foods nut long before a chain grocery store arose for people just like her. She did her shopping at the local health food store. In Westchester, these venues were usually housed in the most unwanted, tucked-away quadrants of a strip mall. I remember constantly scouring the bulk bins for anything resembling candy, and coming away with carob-covered raisins. Those were a bummer.

Now, I look back and see my mom as ahead of her time. Who was making quinoa back in 1990? But back then, the soy faux Oreos, all-natural fruit snacks, and Rice Dream ice cream were not things that any kid wanted to eat. They did not look like the snacks of my cartoon commercial dreams. And they didn’t taste like them either.

Millet, in particular, was a cross I did not want to bear – especially on playdates. I shudder just thinking about it. But it was a go-to side dish for my mother, who’s been gluten and dairy (and at times acid and sugar) free for as long as I can remember. 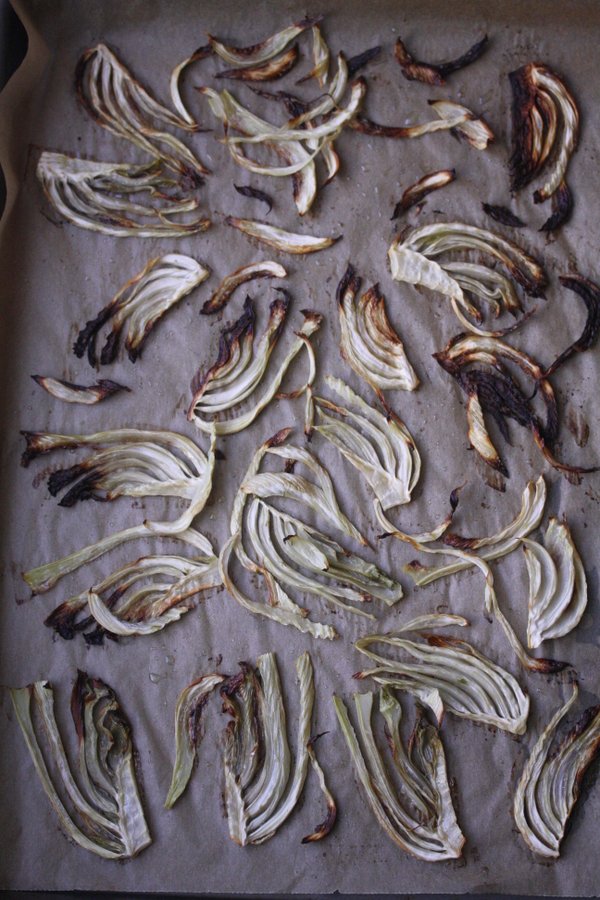 Eventually, in my adult life, I came around to quinoa. Once I became gluten-free, I became downright addicted to quinoa. But I maintained my bias towards millet. The thought of it brought me back to that crunchy granola childhood place of profound uncool. Kevin Arnold never ate millet. He ate lasagna like a normal suburban American adolescent.

A few weeks ago, The Kitchn newsletter landed in my inbox with this delicious-looking recipe. I thought it was couscous at first. Guess again.

Since I’ve been experimenting with a lot of different gluten-free grains and flours, eventually, it just seemed wrong not to invite millet to the party. My first trial, inspired by Faith’s recipe, was a Mediterranean-style millet with olives, tomatoes from the antipasti bar, and roasted fennel. Like I do with couscous, I added plenty of lemon juice and all the briny, herby oil and juices from the olives and tomatoes. The result was not as delicious as couscous. But it wasn’t terrible either. In fact, I may have inhaled a very large bowl of it before packing up the salad for a high school potluck. I liked it so much, I didn’t even lie to my friends and tell them it was couscous.

If you’re a recovering millet-phobe like I am, or are newly gluten-free and looking for new sides to add to the mix, I encourage you to dive in with this recipe. What did Kevin Arnold know anyway? That Winnie was a biatch. 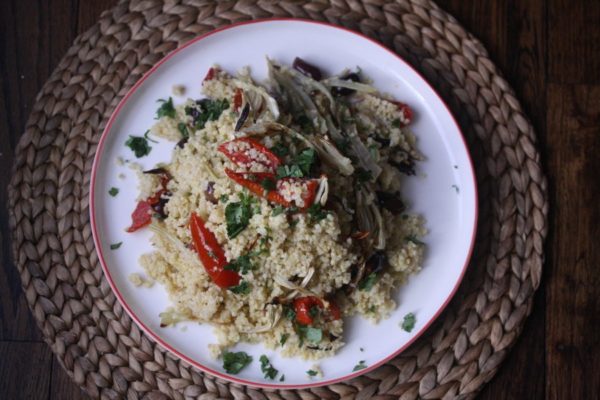 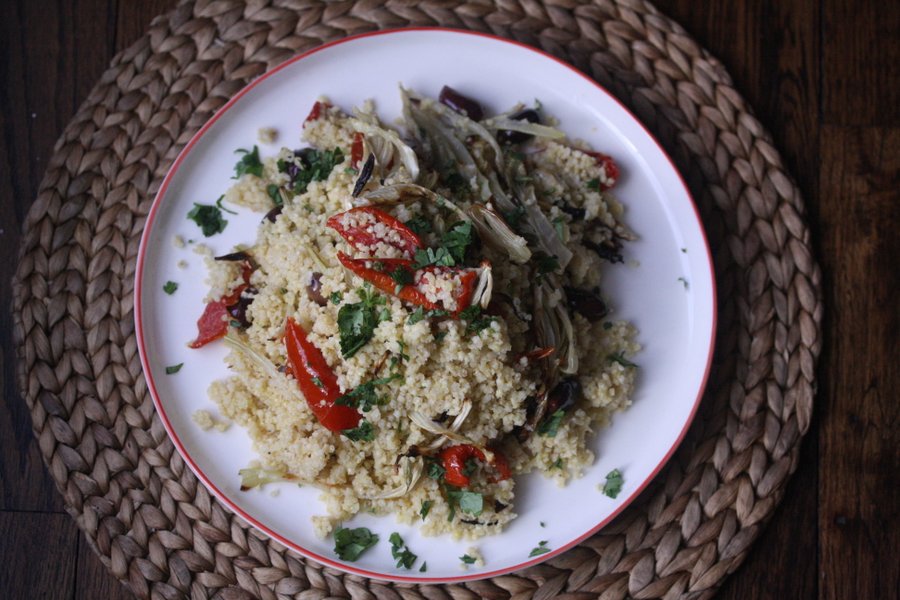 No ratings yet
print recipe
The poor man's gluten-free couscous. Inspired by this recipe from The Kitchn. If you can't find Divina roasted tomatoes from your local antipasti bar, feel free to use sundried tomatoes stored in oil.
Total Time 45 minutes
Servings 4
Author Phoebe Lapine 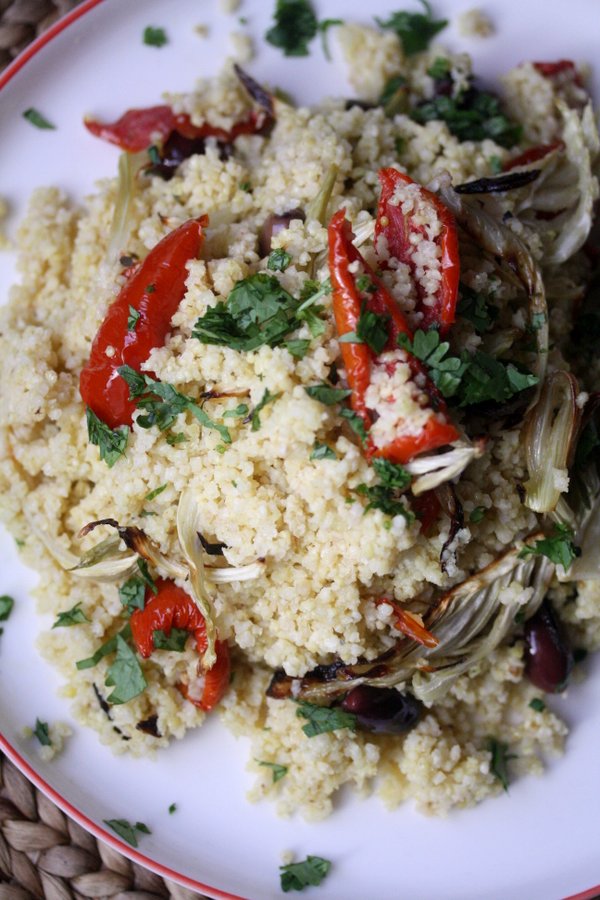