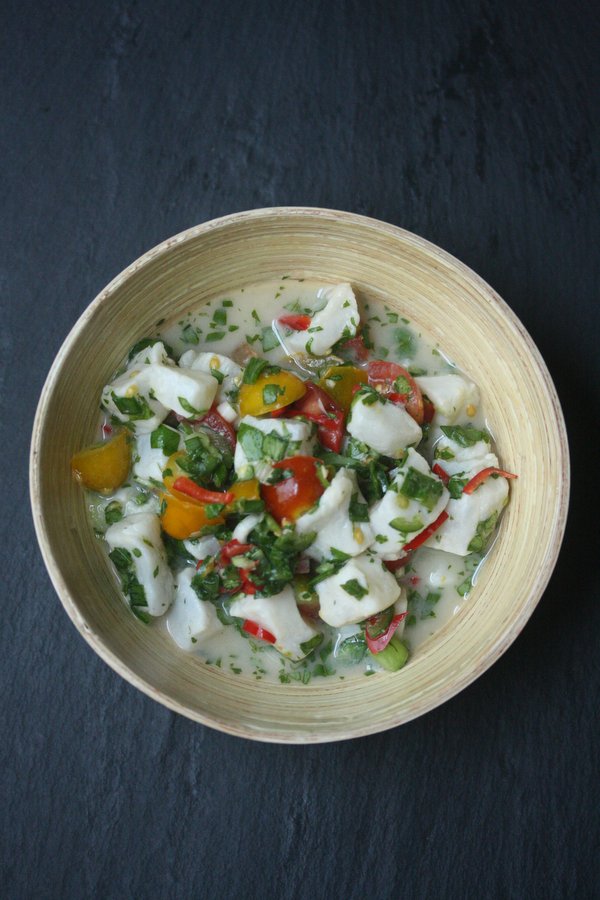 This summer seems to be full of adventures.

Last weekend I was out at my friend Kate’s share house in Montouk. On Sunday, one of her housemates arranged a little fishing excursion. Normally going to sleep at 1am and waking up 6 hours later to get on a boat would not be my idea of a good time. But I’d only ever been fishing once in my life (sorry, city mouse over here), so I decided to get on board.

I thought maybe we’d come back with a few fish and did not have high hopes for my own ability to catch one. Wrong. 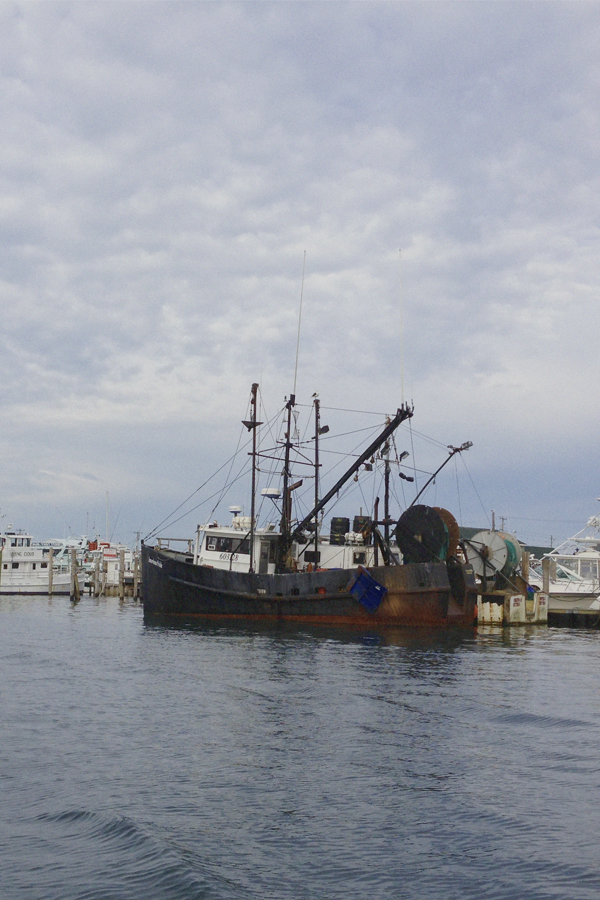 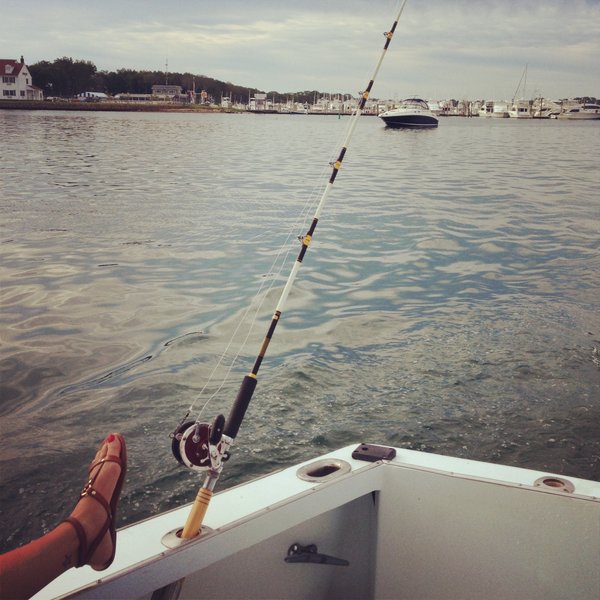 The first catch of the day was too small to bring back to shore, so the fisherman filleted it on site and broke out some soy sauce for a little 9am sashimi breakfast. The fish was incredibly mild and flavorful, if not the ideal meal to soak up my hangover.

We had a friendly competition going about who could catch the biggest bass. After I recovered from almost losing my breakfast overboard, I managed to nab a 30ish pound striper! Unfortunately, it was only the second biggest of the day, but I was pretty impressed with how my grocery carrying and skillet wielding mussels went to work on them rods. 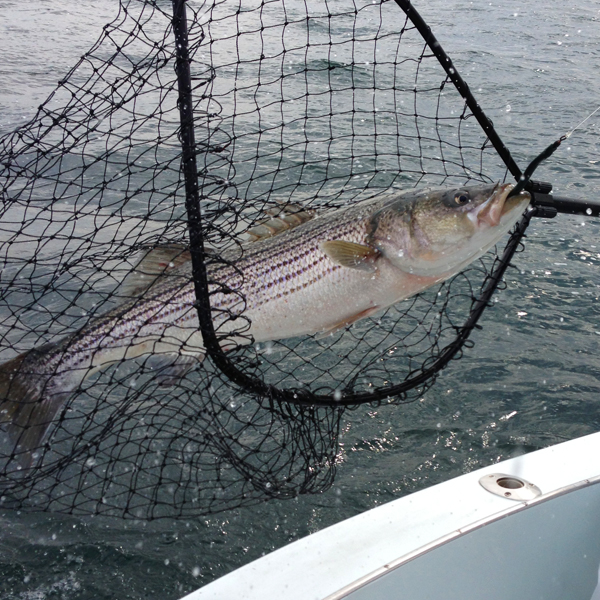 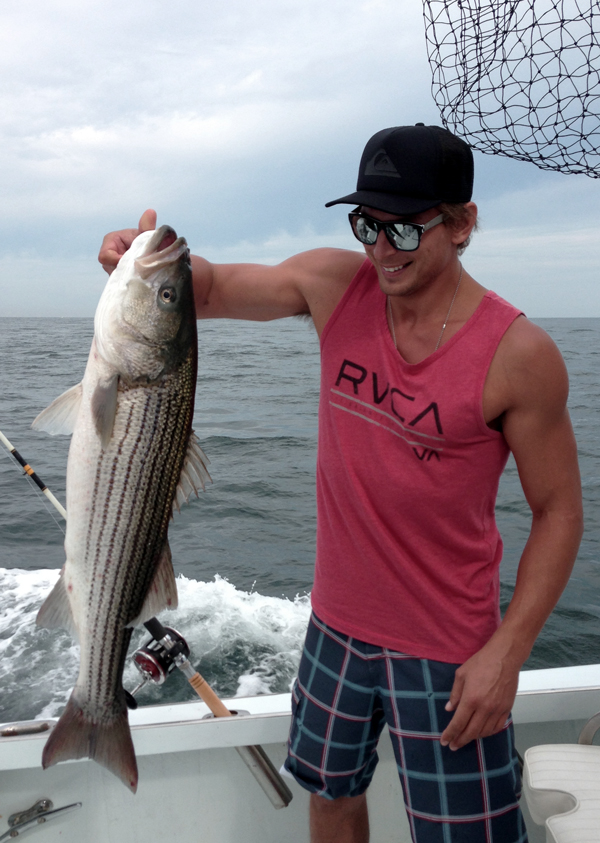 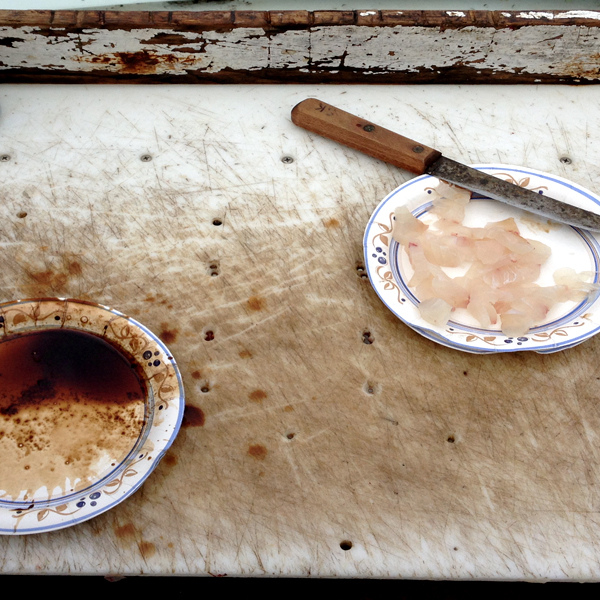 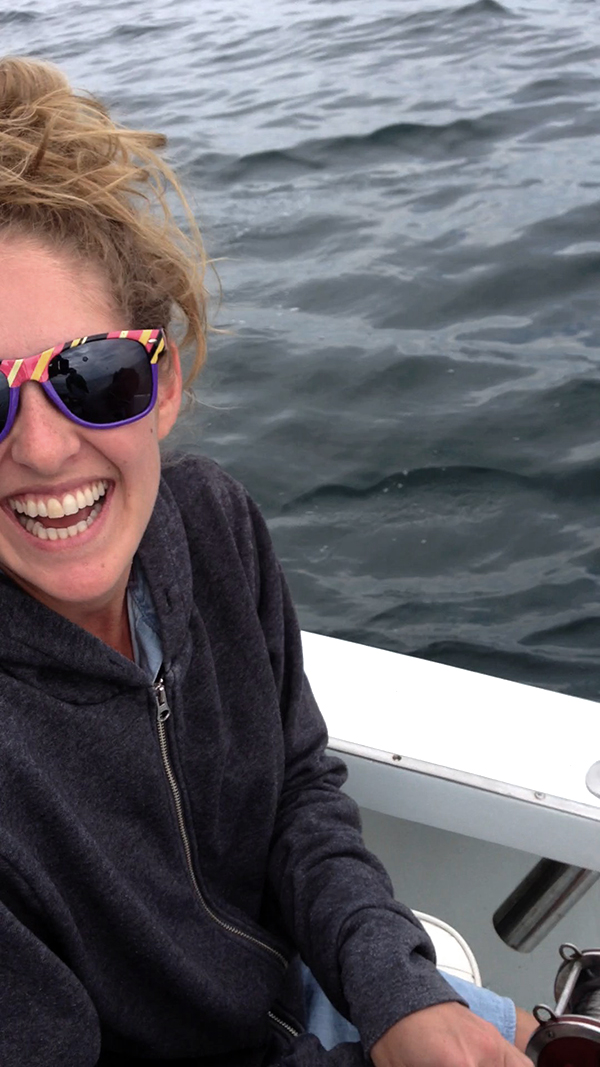 Everyone caught at least two, which meant we returned to shore with a butt load of fish. The fisherman filleted them down crazy quick and we each took home 5+ pounds worth. I froze most of it, but luckily I knew I had to develop some fish taco recipes for Food & Wine last week. Since the sashimi was so delicious, I figured one of the many taco fillings could be a ceviche. 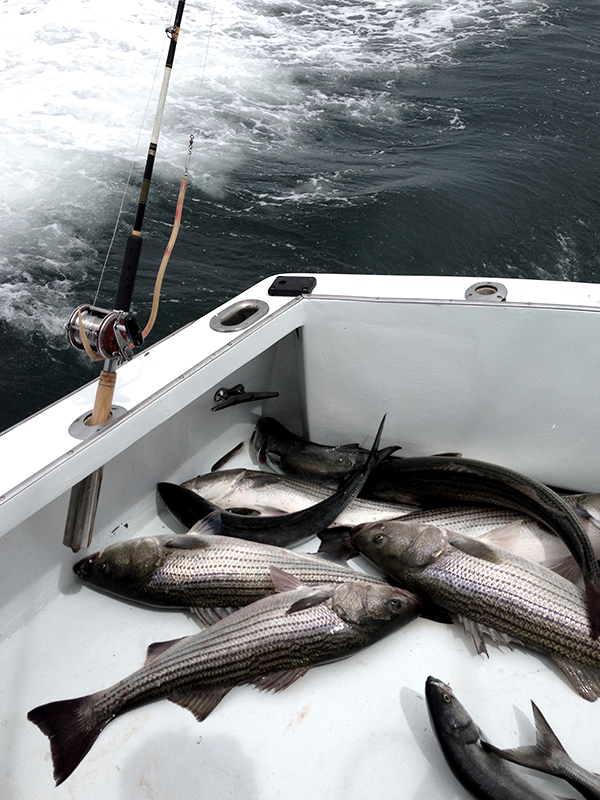 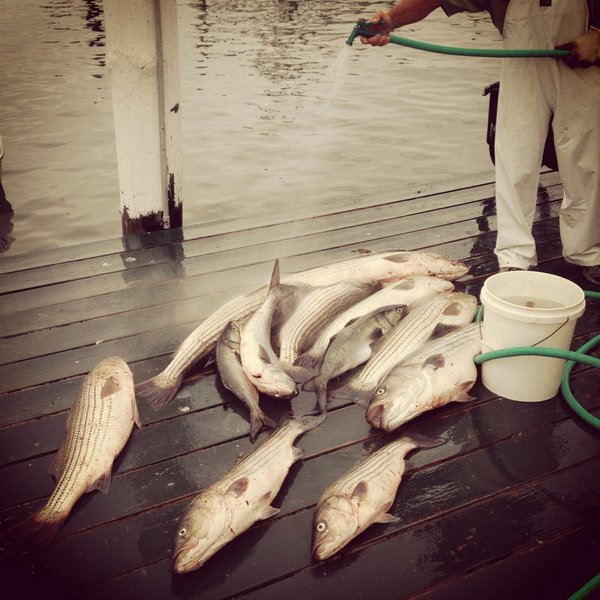 I don’t usually toot my horn, but I gotta tell ya: this seafood ceviche recipe turned out killer. It couldn’t be quicker to make, and I’m so obsessed, I might make a second batch for my lunches this week. 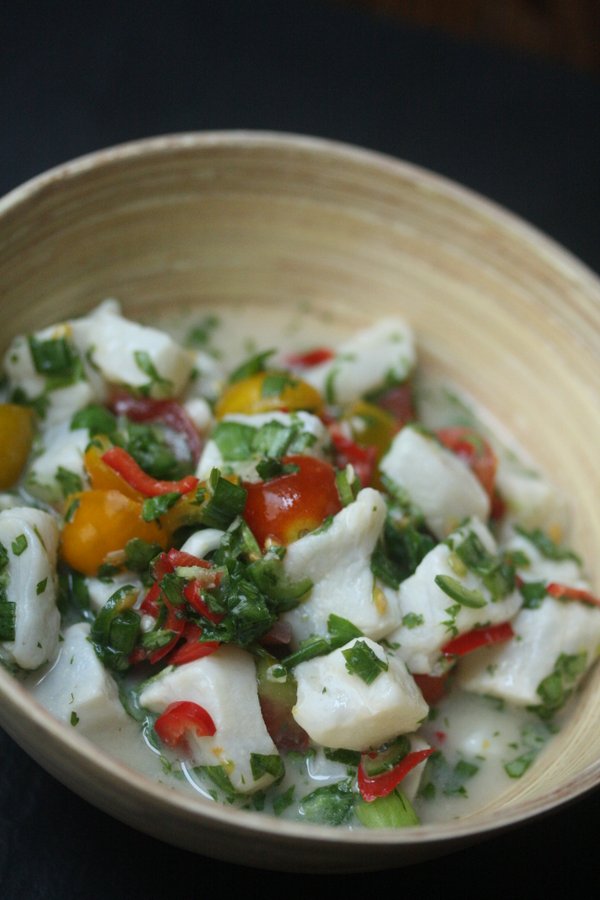 I’ll let you know when my taco recipes are up on Food & Wine’s website so that you can see the other 10 ways I repurposed my day’s catch.

Did you have any great weekend adventures this summer? Let me know in the comments! 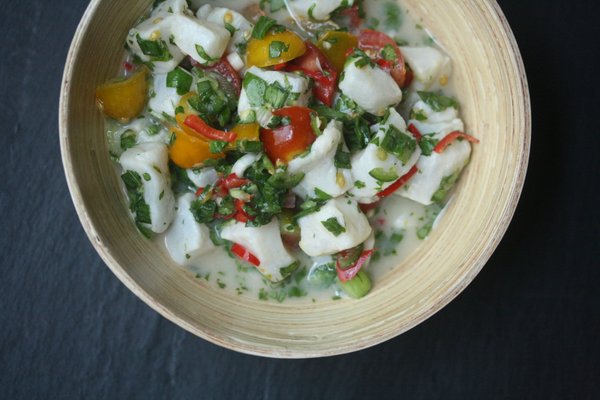 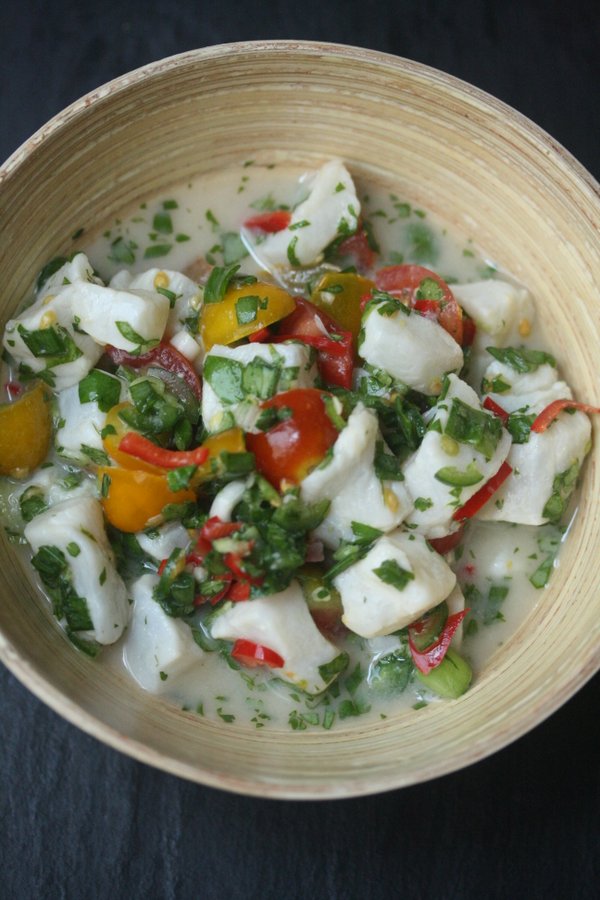 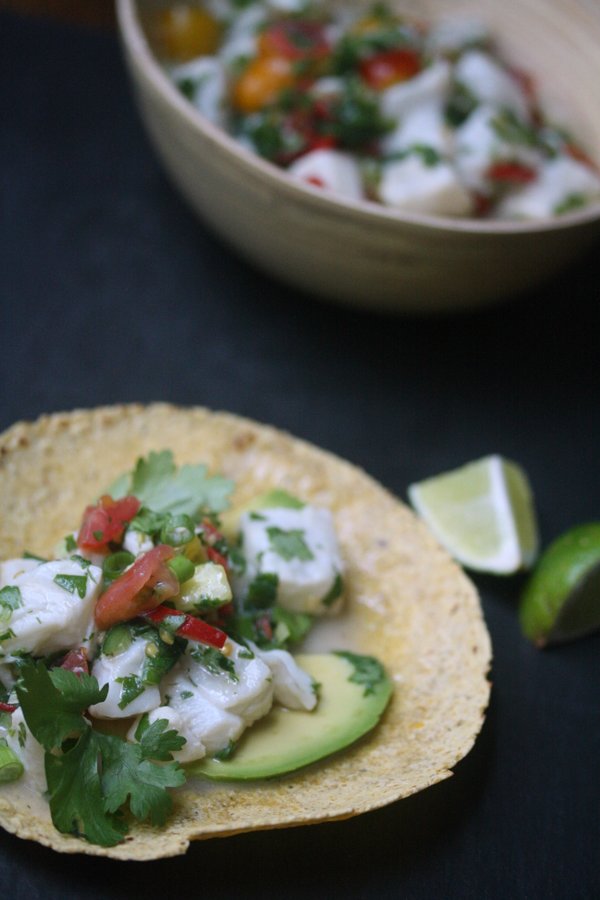