The first time I officially cooked for Charlie was on his birthday, over 5 years ago. And no, I did not make this Moroccan Lamb Chili Recipe. 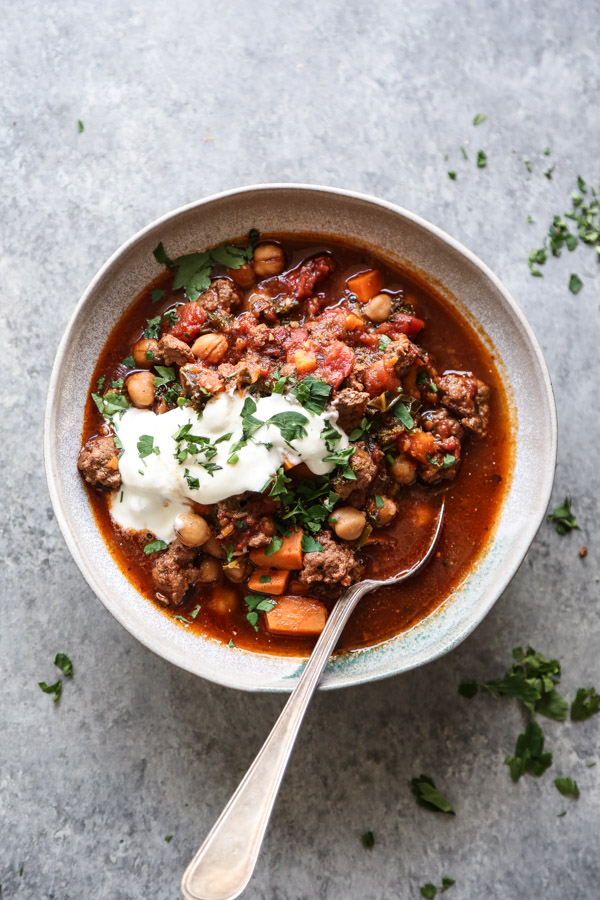 There had been plenty of non-official cooking prior, back when we were friends and I would host a group for pulled brisket tacos or bring a bowl of succotash to the BBQ he was throwing for the 4th of July. For this first official meal though, I have virtually no recollection of what I made. And I mean virtually, as I usually hold this blog accountable for logging he vast majority of things that come out of my kitchen and the significant moments they commemorate. But alas, for this significant moment, I’ve got nothing.

What I do remember is going to three different markets in preparation. First, to Murray’s to pick up Charlie’s favorite cheeses, then to Chelsea Market to get the finest cured meats in all the land, and finally to Lobster Place for oysters. 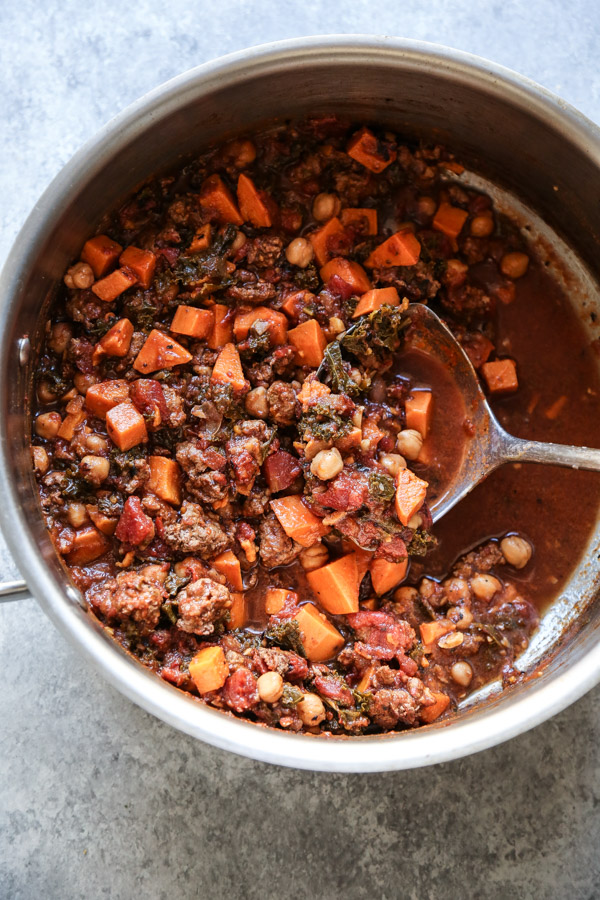 Since this was a mere three weeks into dating, I of course waited until he arrived to shuck the oysters so I could impress him with my masculine energy in the kitchen by popping each shell open with the ease of a beer bottle. This worked for about 5 minutes, until I severed one of my thumbs and had to reassure him that I was “toooootally FINE!” as blood poured down to my elbow. I taught him how to shuck the rest of the oysters while wrestling with my Bounty tourniquet, and he did so well, the job became permanently his.

Aside from all the subsequent oyster appetizers, one of the first meals Charlie officially cooked for me was chili.

One night a month or so after the great birthday mollusk massacre of 2013, he surprised me with a homemade meal of one of the recipes from the blog, chili con carne. I talked about the significance of this moment here, and the immediate anxiety that I felt since the chili was an older recipe. Therefore there was a significant chance that the meal would be terrible and the blood for the second time in our at-home dining would be on my hands.

The meal was delicious of course, and even more so because he made it for me. But I’ve been on a mission ever since to create superior chili recipes, and ones with Slow Cooker instructions, should he happen to surprise me again with a comforting Crock Pot meal. 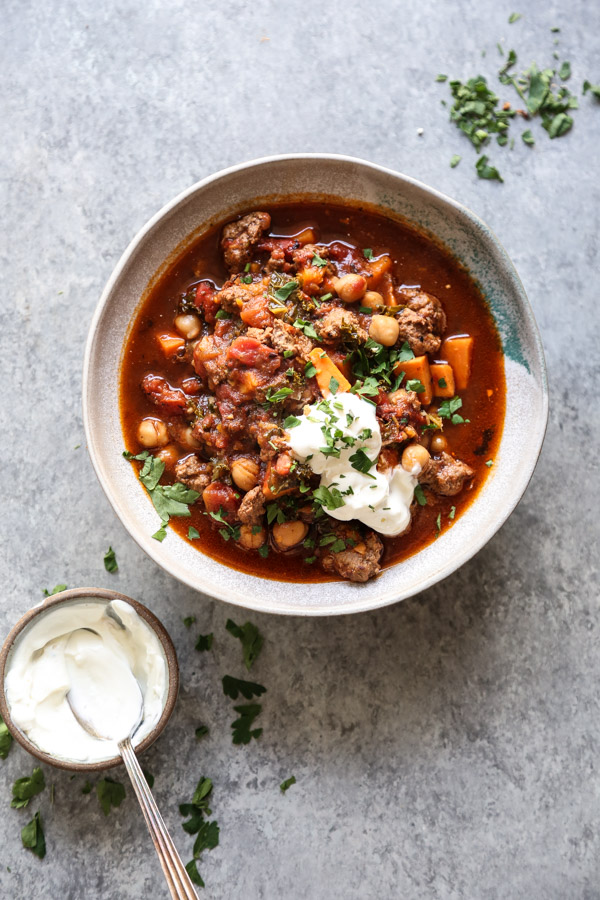 Now that we officially married and many bowls of chili in the hole, I thought there was no better time to revamp this healthy lamb chili with Moroccan spices. (There’s now a video below!)

The flavors of my favorite traditional lamb tagine lend themselves well to the chili, since the base spice is cumin, which is similar to a lot of Tex-Mex dishes. I amped up the heat with plenty of harissa, added some sweet potatoes for sweetness, and loaded it with kale for healthiness, even though it melts away and you can hardly tell there are vegetables in there. 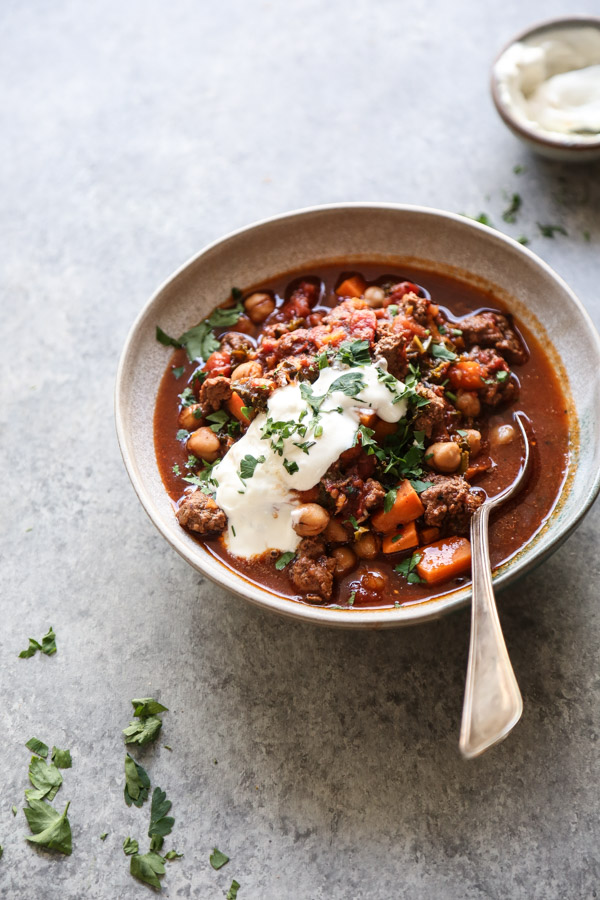 If you have any significant moments of your own that need celebrating this winter, I highly recommend this comforting Moroccan chili with ground lamb. There’s far less risk of blood shed involved than dishes that involve a shucking knife, and if you’re lucky, you can find a man with a slow cooker to take the sweat and tears off your plate too. 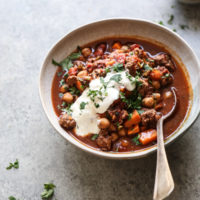 If you make this, tag @phoebelapine and #feedmephoebe - I'd love to see it!
1649 shares