If my body hadn’t forced me into early semi-retirement from the service industry, my first memoir might have been called The Wellness Project: Anatomy of a Jewish Caterer. 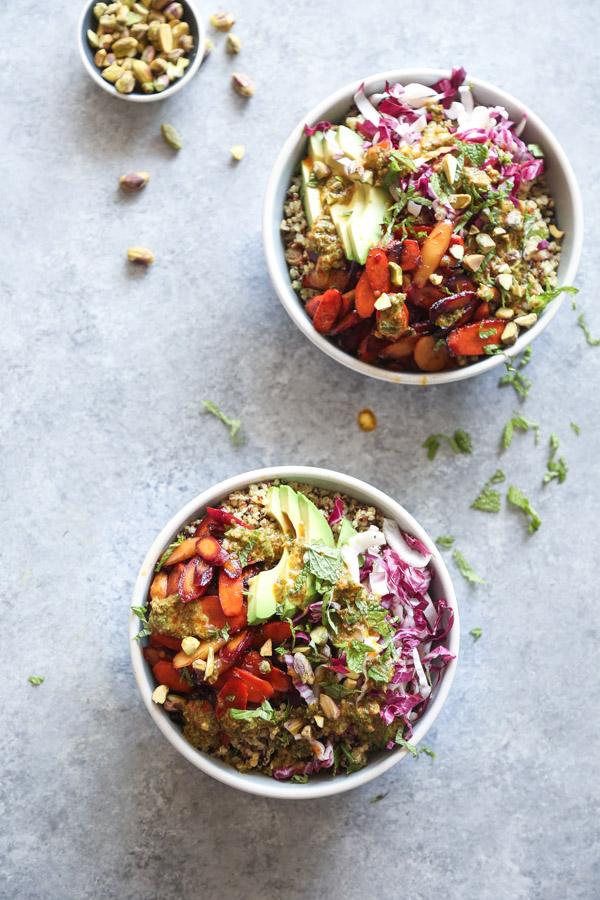 Despite swearing to myself after the wedding catering fiasco earlier this summer that I wouldn’t put myself through the meat grinder again, I agreed last week to cook for a 25 person sit down meal with the fabulous women’s group Doyenne Dinners. The fiascos continued when I was on my way from Brooklyn to the Upper East Side on Wednesday, only to get a text from the host that the dinner was, in fact, tomorrow.

What I take away from these events, in addition to the knowledge that fiascos will always happen, is something more concrete than experience. 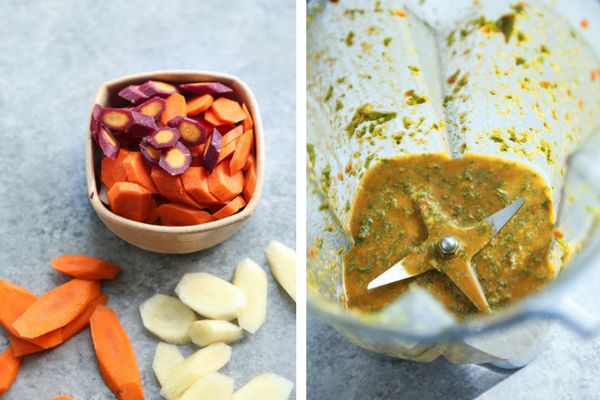 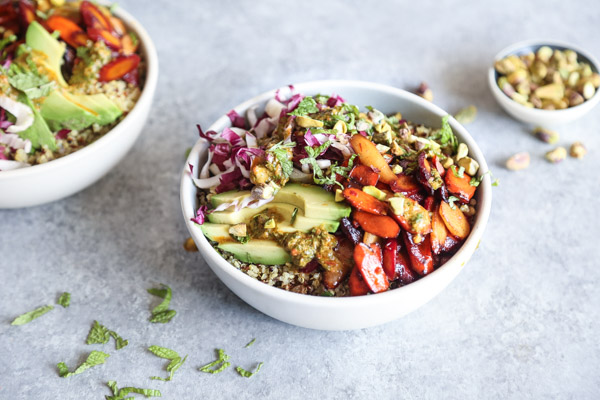 Regardless of how many people are in attendance, I always return home with only one fewer bags than I arrived with, despite attempts to push guests to eat seconds and thirds. By the time cocktail hour ended this go around, there were two cheese plates that had barely been touched.

25 women in one room, and cheese still on the table? Forsake thy gluten, but resist not thy cheese!

So how do you get people to eat an entire plate of cheese after the salad course has already begun? Why, you cut it into tiny squares and force them to pass the platter around the table. 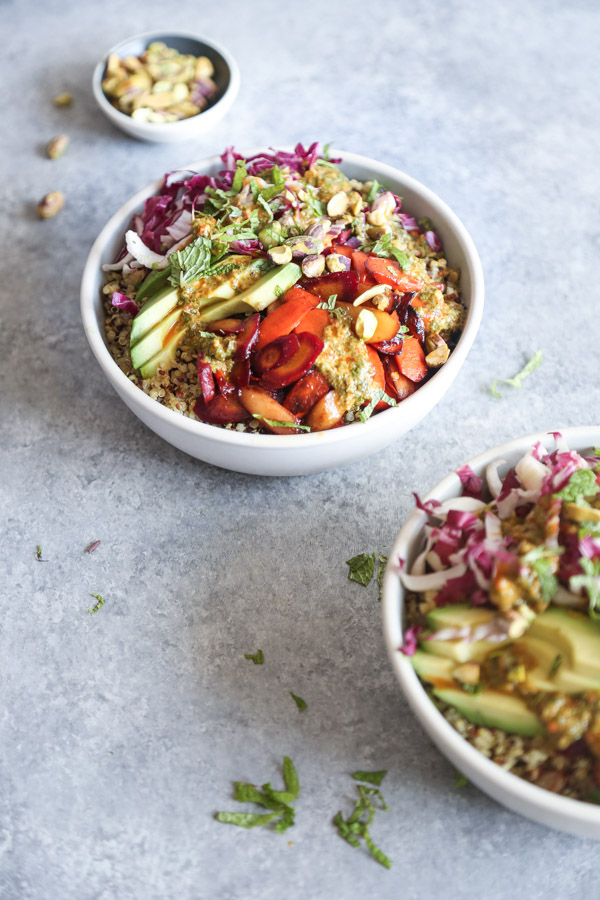 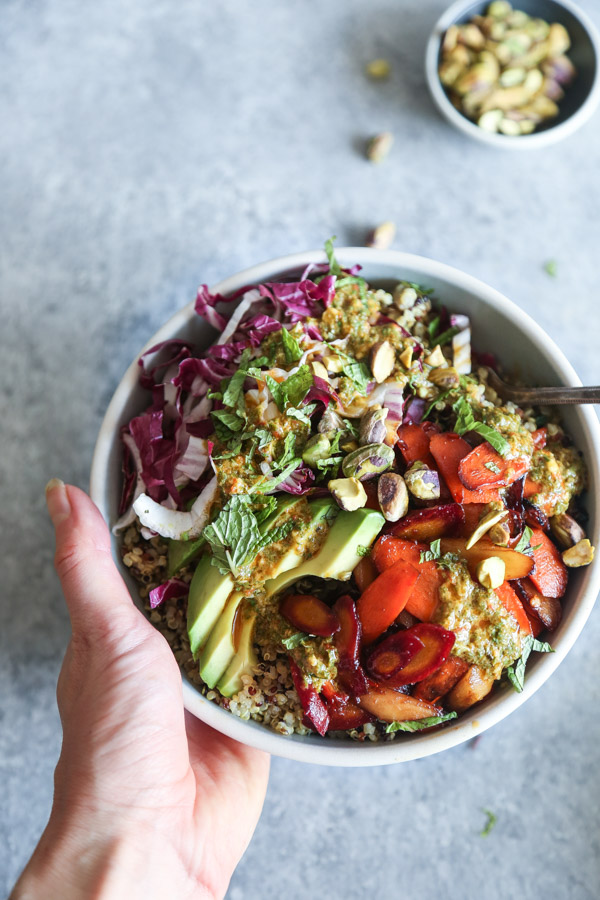 There’s pushiness in my cultural heritage, of course. Coupled with a deep seeded need to feed people built-into my vocation. But what I really want is to not go home with leftovers. Which is in direct conflict with my original goal to not run out of food.

While mission Inhale-the-Cheese-Board was successfully accomplished, it may have contributed to the 4-quart cambro container of quinoa pilaf that I lugged home at the end of the night. Charlie was out of town all last week (which you may know from my Insta confessionals). So that was a lot of quinoa for one girl. A girl who has been trying not to eat a ton of grains since pasta-fest.

By yesterday, I was dying for a way to reinvent the grains into something new and exciting. And the result was this Moroccan quinoa bowl recipe, which came together entirely from catering leftovers.

The last of the carrots from my crudité platter got thinly sliced, quickly pan-fried, and tossed with a mixture of honey, harissa and lemon juice. Leftover radicchio from my white bean salad appetizer became the paleo yin to my grain bowl’s carby yang. And the whole thing was topped with a quick mint sauce (with leftover herbs from this Wellness Project recipe) inspired by the Moroccan marinade Chermoula.

Getting in the habit of batch cooking is essentially getting in the habit of creating intentional leftovers, then using them to cobble together a beautiful bowl. For this quinoa bowl recipe, you can easily make each element individually at the beginning of the week and assemble your brown bag lunch as you go. But don’t be intimidated by the number of elements. They more or less use the same ingredients, and take less than 30 minutes total to come together. 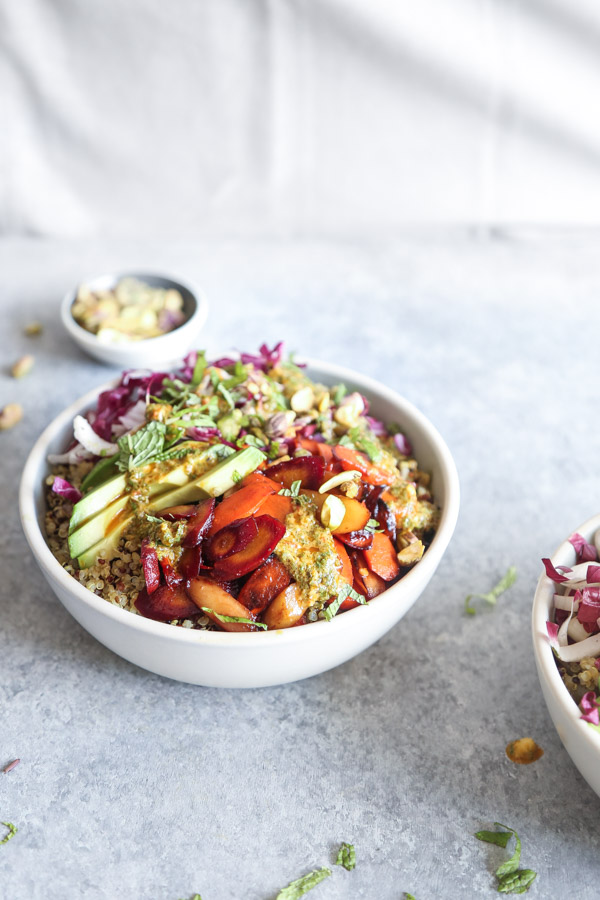 I’m actually looking forward to the one last bowl of quinoa I’ve saved for my lunch. And then I look forward to putting my Jewish catering hat back on, and force feeding Charlie whatever remains in the fridge when he gets back tonight.

Have an amazing week friends! Chicago peeps – I’m coming for you tomorrow and Wednesday night. Reserve your spot here. I’d love to meet you!

From one healthy, brown-bagging hedonist, to another, 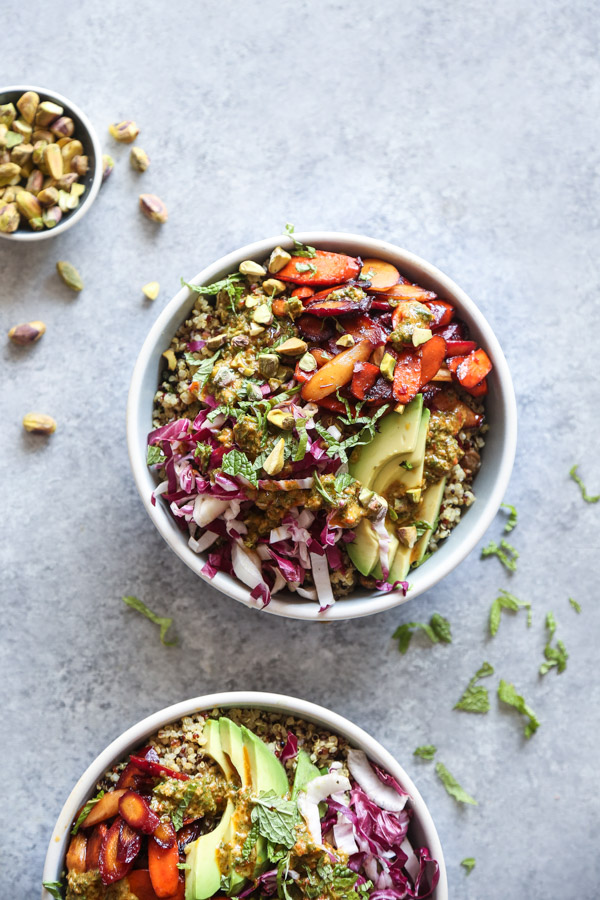 5 from 2 votes
print recipe
This quinoa bowl recipe may look like a lot of elements and ingredients, but I promise you it couldn’t be easier to throw together. The quinoa can be made a day or two in advance if that makes your life less complicated. But you’ll notice that each element uses similar ingredients and cooks quickly.
Prep Time 10 minutes
Cook Time 20 minutes
Total Time 30 minutes
Servings 4
Author Phoebe Lapine

For the chermoula sauce:

If you make this, tag @phoebelapine and #feedmephoebe - I'd love to see it!
878 shares