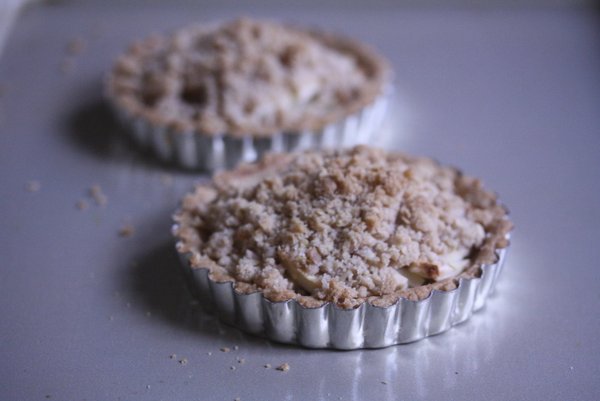 First, I must apologize for the radio silence. Sometimes, you just need to take a little break, and I’ve been enjoying mine on the couch with a crossword puzzle.

I’m on Martha’s Vineyard with my family. It’s the first time in possibly 10 or so years since we’ve been here in the off-season. All the Christmas lights are up in town, and if the fog was just slightly more intense and I couldn’t see the harbor, it would feel like a little ski village in the Alps.

Before I left, I trudged through the last leg of holiday catering, which included my first goose. I wasn’t so sure at the time, but after spending Christmas with my friend Keith’s family and sampling not one, but two geese, I’ve concluded that I did a pretty decent job on the bird, even if everything in my client’s kitchen was covered in a thick layer of grease by the end. As I mentioned here, I also cooked for my first proposal dinner. I wasn’t there for the big moment, but there were plenty of tears, and by the time dinner was served, they were really ready to savor a meal.

The groom and I planned the menu around his bride-to-be’s tastes, which included artichokes, zucchini, and apple cobbler. He said that he wasn’t sure if she even cared for the apple part, but always eagerly devoured the biscuit topping. I made these polenta bites to start, followed by a version of these zucchini cakes with tarragon crème fraiche, frisee, and crispy sunchokes on top (pictured here). Next, a roasted beet salad with burrata and pistachio pesto. The main course was a fresh linguine in a rich butternut squash sauce. And finally, these apple tarts.

Per the groom’s specifications, the tarts were only about 20 percent apple. The rest was a shortbread crust, no dough rolling necessary, and a great crumble topping, both adapted from the Blueberry Crisp Tart in my book. I paired the tart with an ice wine from the Finger Lakes, which unfortunately lived up to its name after I forgot to take it out of the freezer. (It defrosted, don’t worry).

This weekend a few friends are coming up to join me by the blustery sea. We have big plans to make fires, play board games, and drink hot toddies. I’m planning a very elaborate meal for New Year’s Eve, since it’s high time I started making some of this overly indulgent food for my friends. For a sneak peak, click here. The apple tarts are definitely making the menu, because if there’s ever a time to eat a little gluten, it’s 30 minutes before you have to resolve never to do it again. 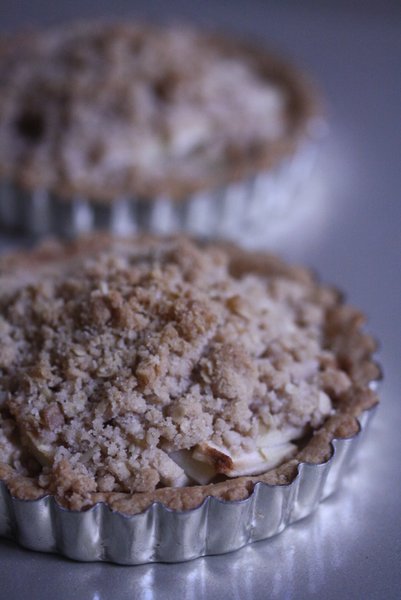 No ratings yet
print recipe
If you want to make this recipe into one tart, simply use a 9-inch tart pan. But you might want to use another half an apple to make the filling extra prominent.
Servings 2
Author Phoebe Lapine 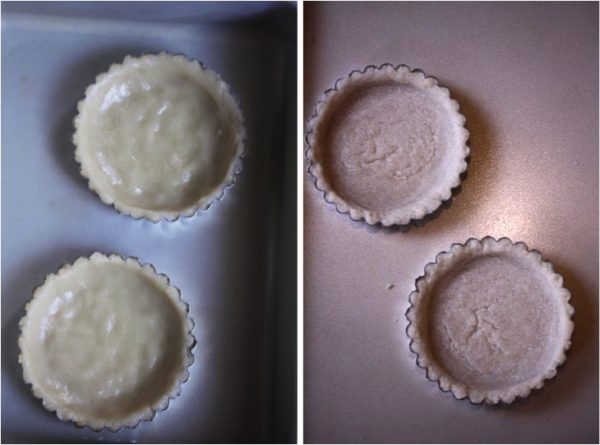 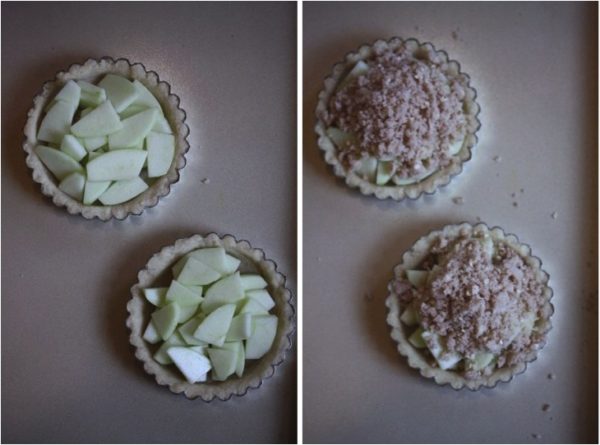 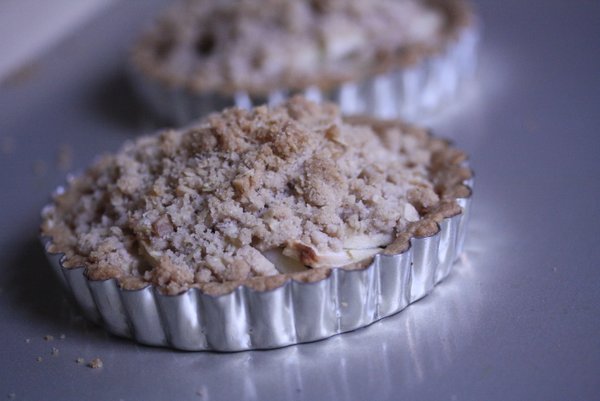 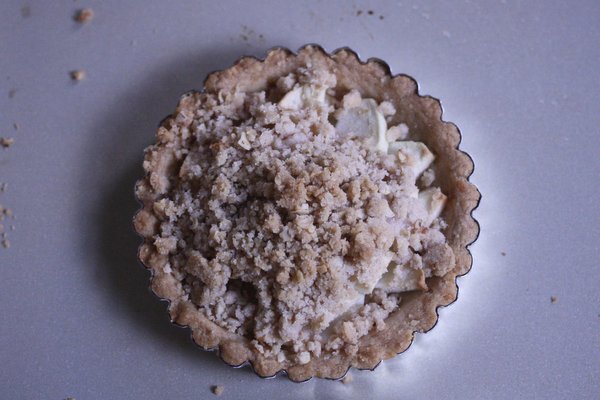