This paleo vegan zucchini bread recipe is brought to you by my friends at Bob’s Red Mill. Thank you for supporting the brands that make this site (and my gluten-free breakfast loaves) possible! For more delicious healthy recipes, coupons and stores near you visit BobsRedMill.com. 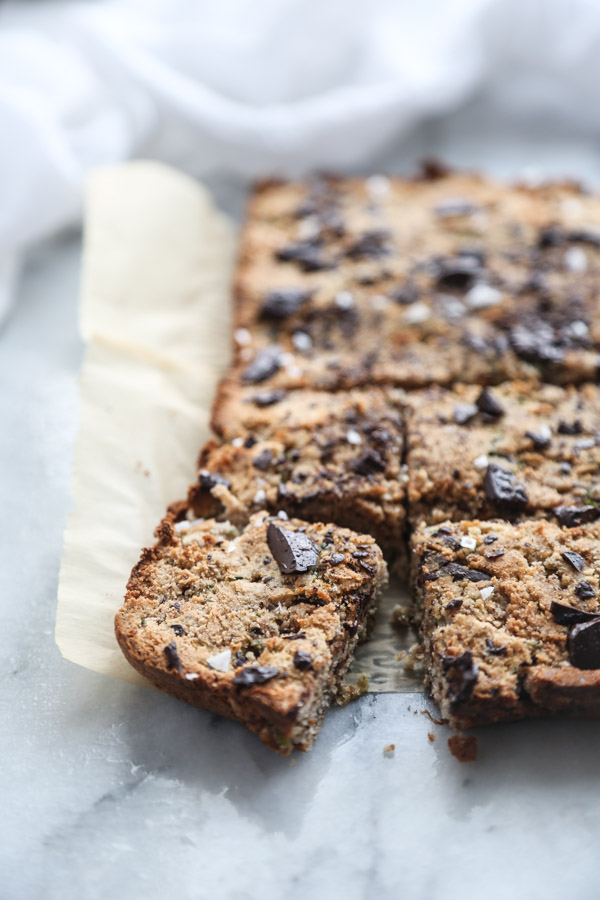 The mecca of all markets, in my eyes, is a little farm stand on Martha’s Vineyard. Or at least it used to be. Little, that is. Now Morning Glory Farm is a full-blown structure with shelves full of their homemade jams, and local chocolate bars placed strategically at the cash wraps.

Every summer they fine-tune their operation further and offer more of what the island’s tourist masses want. And of course, what they want is what any city mouse wants: a salad bar.

While their corn wins the blue ribbon every year at the island Agricultural Fair, what Morning Glory is really famous for is its baked goods. Even before it had an ensuite bakery on the premises, there would be a few baskets full of monkey bars, blueberry muffins and oatmeal cookies joining the summer squash and green house tomatoes on the plywood tables.

Back then, these baked goods were a scarce resource. Something that would be worth waking up early on vacation to score. If you wanted a pie for dinner and hadn’t ordered it 3-days in advance, arriving before 10am was a necessity.

For me, though, there was only one reason to roll out of bed and hop on my bike before noon. And that was the zucchini bread. 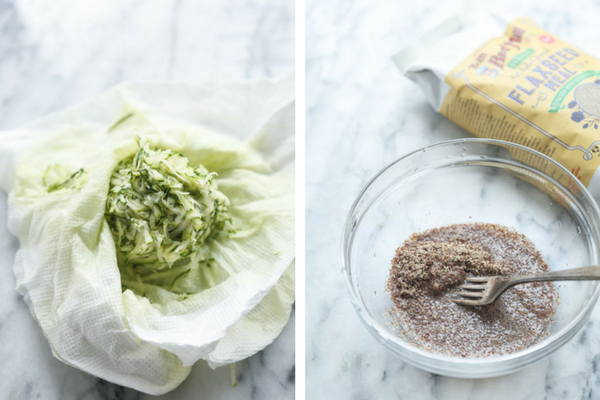 I don’t know what makes Morning Glory Farm zucchini bread so luscious and addictive. After having recently looked at the recipe in their cookbook, one might surmise the 2 cups of sugar per loaf… But my palette tells me that measurement is off. One of the things I love about this quick bread is that it’s not overly sweet; the perfect vehicle for a modest schmear of strawberry rhubarb jam bottled earlier in the summer.

After MGF expanded their operations, their baked goods became a daily staple. You never again had to worry about not making it to the stand in time for zucchini bread. Now, there are always several varieties of pies to choose from. And I admit that part of this summer ritual has lost its luster.

So much of the worlds food trends are a product of scarcity. If you didn’t have to wait in line for a Cronut and could get one every day, would anyone still care? 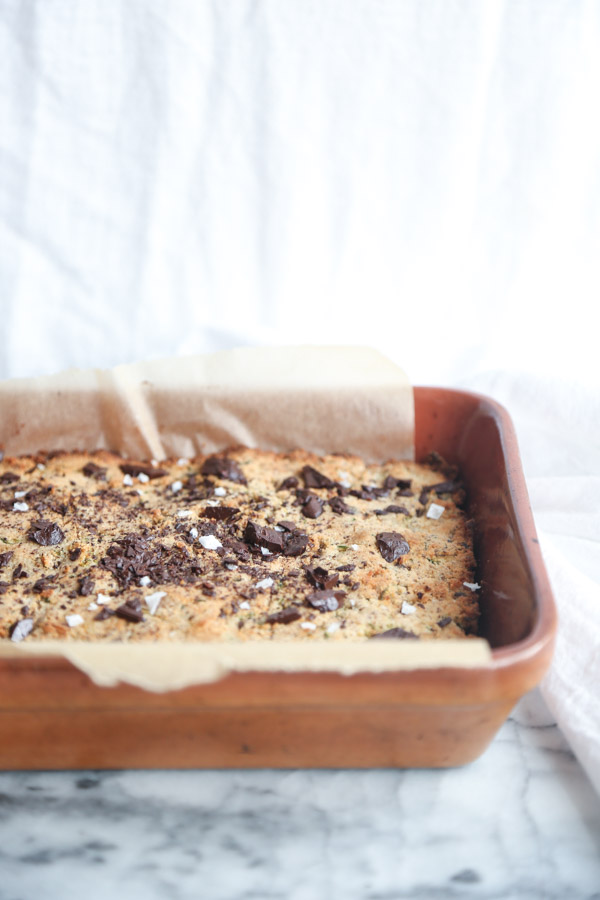 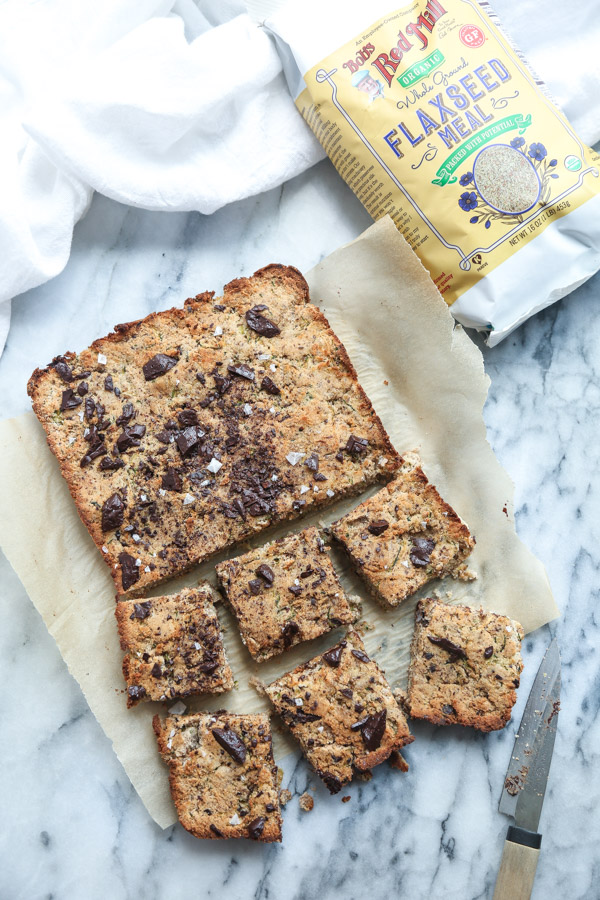 Well, at least in the world of Martha’s Vineyard zucchini bread, that scarcity returned when I became gluten-free.

Morning glory eventually started creating GF versions of their muffins and loaves, but I once again had to order them in advance to ensure I’d be going home with one. Perhaps because I forgot to do so before my last few trips, this is the first summer I’ve ever felt compelled to recreate my own gluten-free zucchini bread at home.

To make sure that even more people can eat this loaf on their own time and own terms, I decided to create a version that’s both paleo (using just almond flour) and completely vegan thanks to Bob’s Red Mill flaxseed meal. 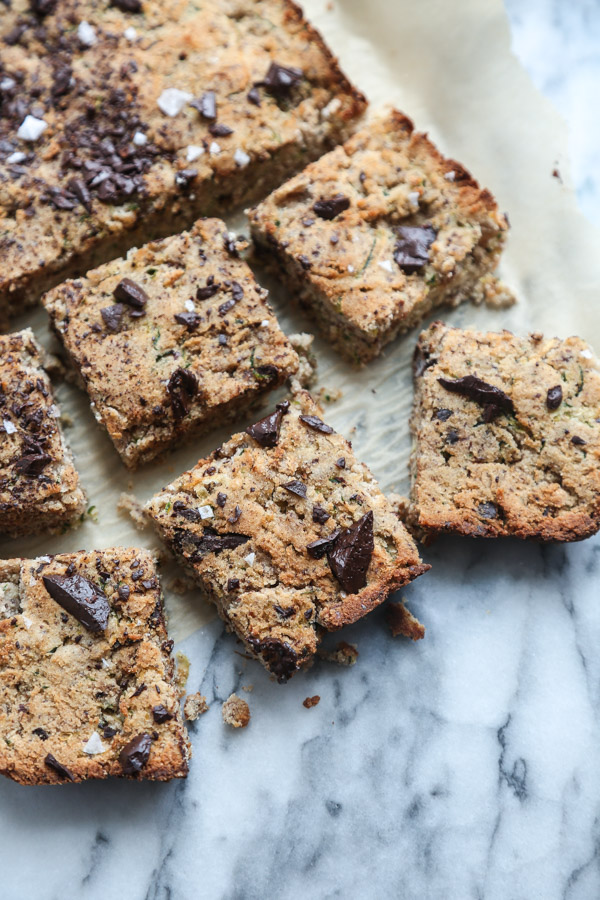 If you’re not familiar, “flax eggs” are a great substitute for poultry eggs in plant-based baked goods. Combine 1 tablespoon of flax seed meal with 2 1/2 tablespoons water (Dana’s go-to ratio) and let the mixture sit for a few minutes. The result is a gelatinous paste that’s the perfect binder.

While this paleo vegan zucchini bread makes for a great hostess gift for the last few precious summer weekends, it is an even better lunchbox filler that will last the whole week. Since unlike the Morning Glory Farm version, this loaf is naturally sweetened with mashed banana and maple syrup, you can also feel even better about eating a slice as a healthy breakfast before running out the door. 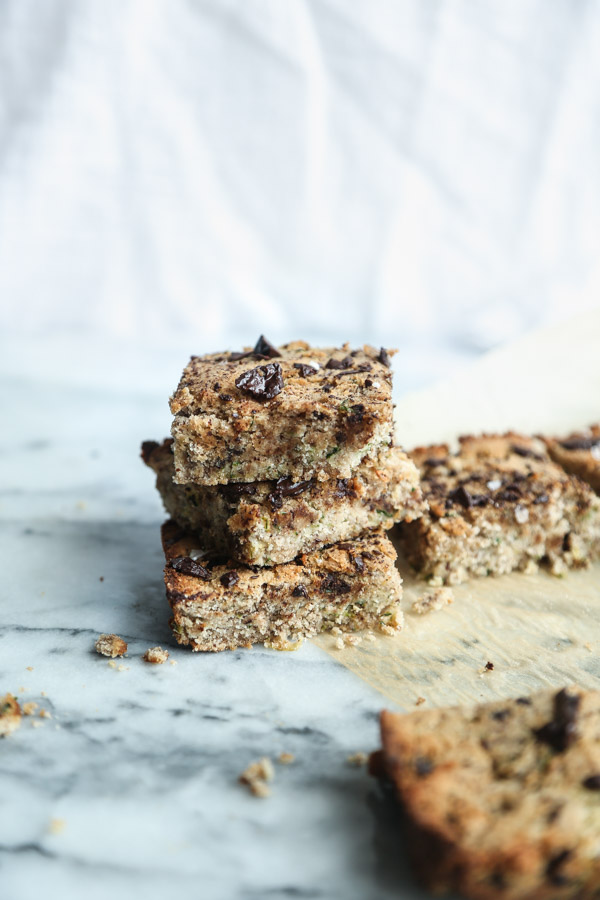 Though it’s so delicious you may want to make a batch every week, remember to keep your zucchini bread a semi-scarce resource. It gives the family something worth waking up for. 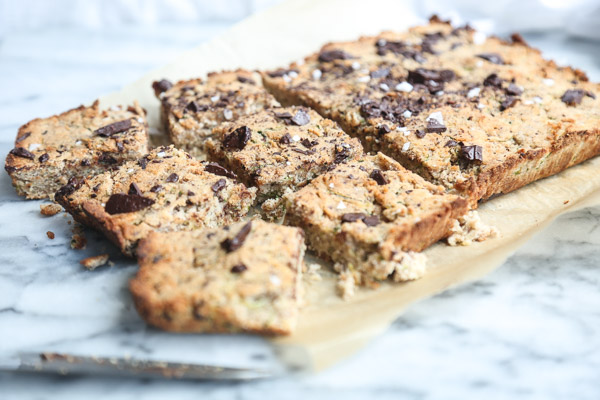 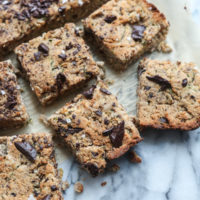 5 from 1 vote
Print Recipe
This vegan zucchini bread is also paleo and gluten-free, made with almond flour and flaxseed meal. It's also naturally sweetened with banana and maple syrup. You can make it in a loaf pan for traditional slices or in a baking dish to cut up into bar-like squares, as pictured.
Prep Time 10 minutes
Cook Time 1 hour
Total Time 1 hour 10 minutes
Servings 1 loaf
Author Phoebe Lapine

This paleo vegan zucchini bread recipe is brought to you by my friends at Bob’s Red Mill. Thank you for supporting the brands that make this site (and my gluten-free breakfast loaves) possible! For more delicious healthy recipes, coupons and stores near you visit BobsRedMill.com.