I asked you on Instagram stories the other day whether or not you served soup at Thanksgiving. A resounding 75 percent of you said no…But since I am contrary to the core, here I am a week before the holiday serving up a parsnip soup recipe anyway. 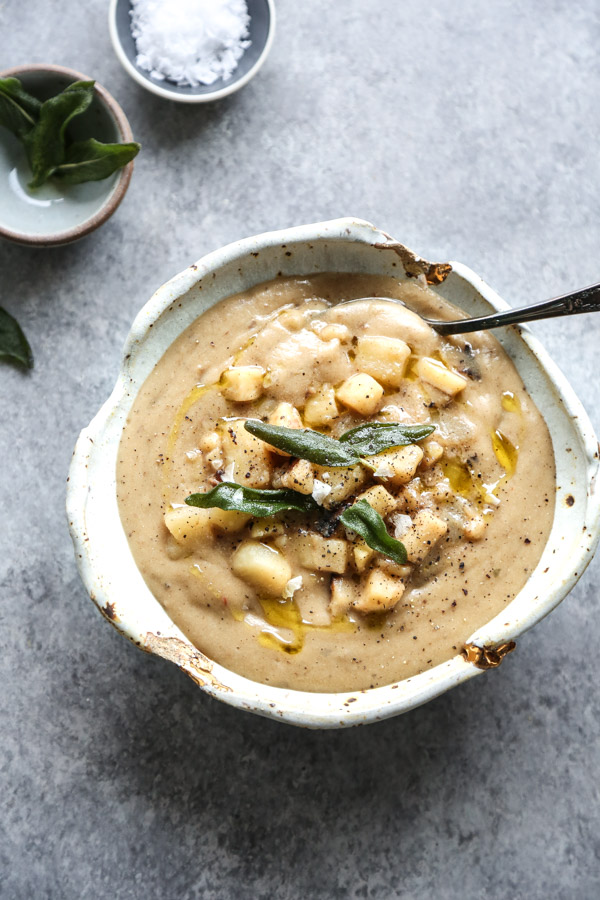 To be honest, I am one of those 75 percent. We never do a soup at my holiday table, because well, my holiday table seats 50 people, and that’s way too many for something that needs a whole separate bowl and utensil. But every year around this time, my mind is on soup. And that’s because it’s one of the easiest things to have on hand for the week BEFORE Thanksgiving.

You know, the week when you’re running around like a turkey with your head cut off, trying to get all your dishes together, while at the same time finishing all the work you’re not going to do over the long weekend. 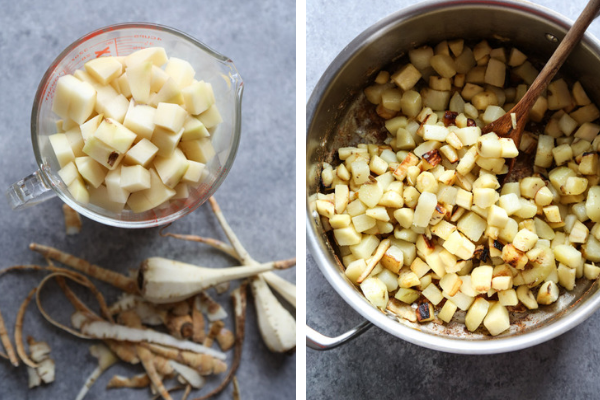 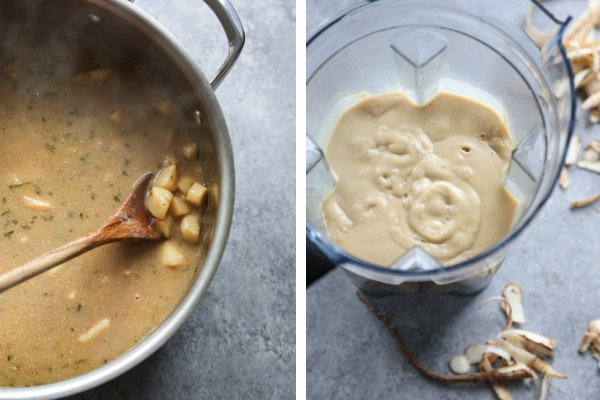 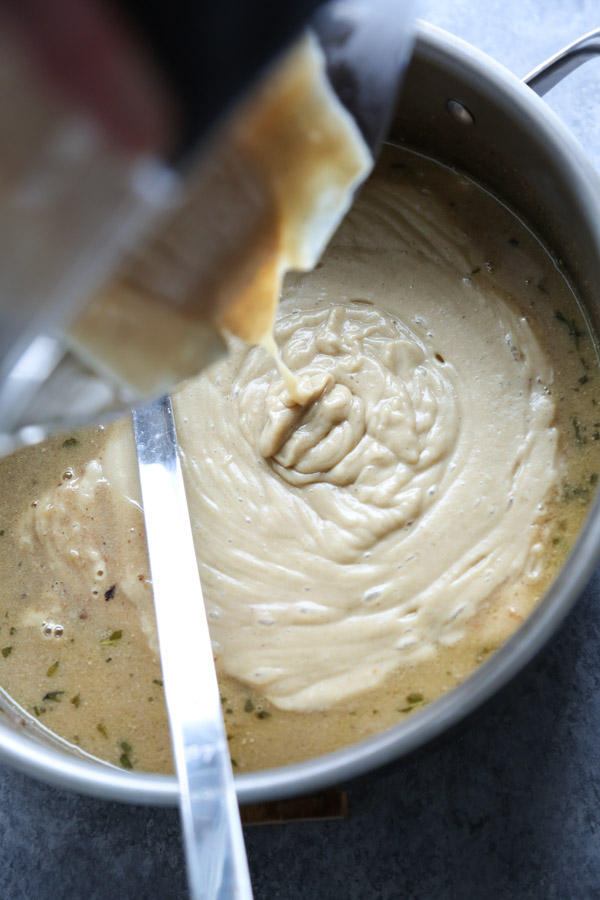 At times when my cooking labor cup runneth over, and I just need something simple on hand to prevent me from ordering in takeout, that’s when I turn to soup.

Recently I’ve been cooking my way through Jodi Moreno’s new book More With Less, and unsurprisingly given the theme, one of my favorite sections is the soup chapter. The parsnip chowder with garlic chips is something I’ve had flagged for a while because of its simplicity and hardiness. It would have been a perfect option for while I was recovering from my post-Mexico stomach woes. But is an equally great one for this week. 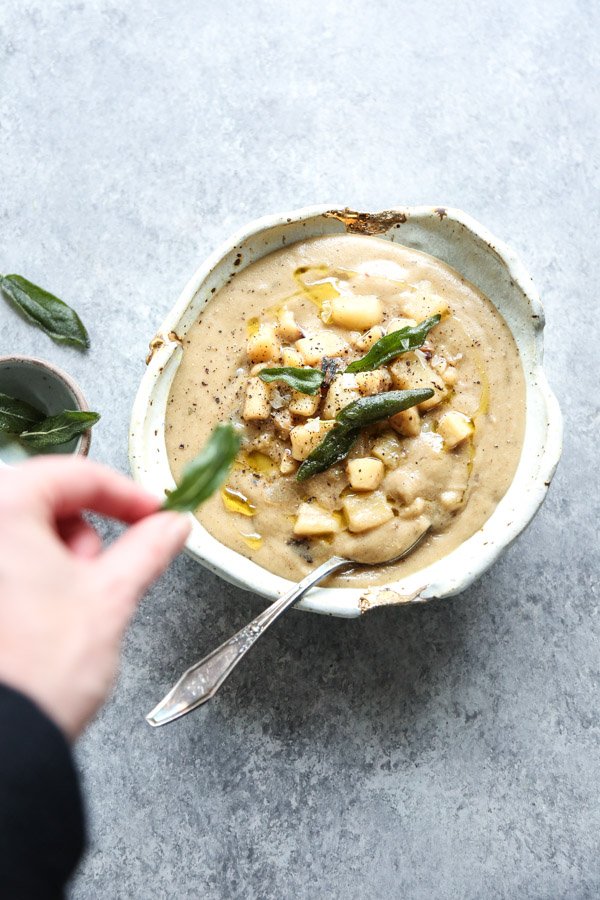 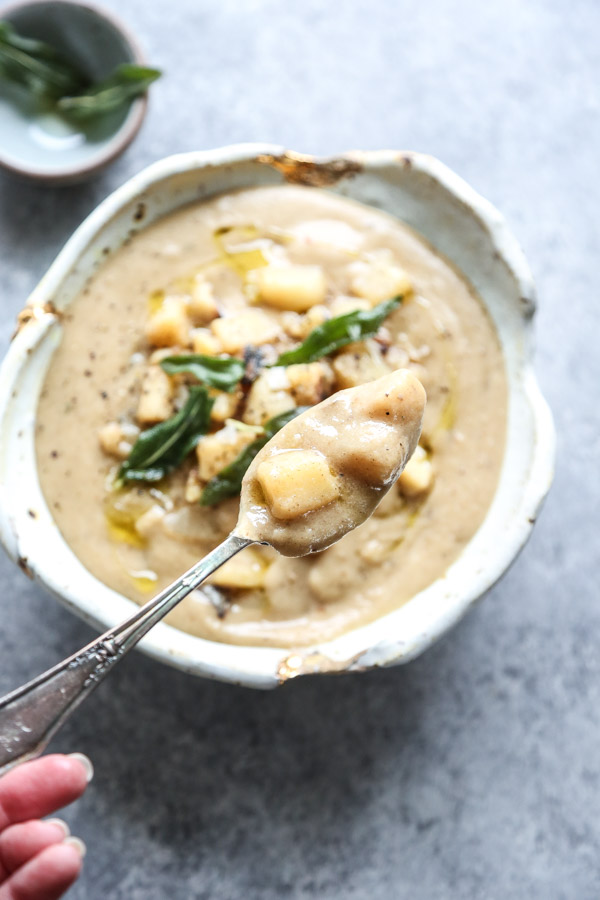 I’ve adapted the parsnip soup recipe to be low FODMAP, so instead of the garlic topping, I did a few crispy sage leaves. But you can easily pick up a copy of Jodi’s book for the original version, or just add some onion and garlic to the beginning steps of the recipe and sub the coconut milk for the cashew milk she originally called for. In fact, I actually used a combination and without checking accidentally added a cup of vanilla flavored cashew milk. I didn’t hate it! 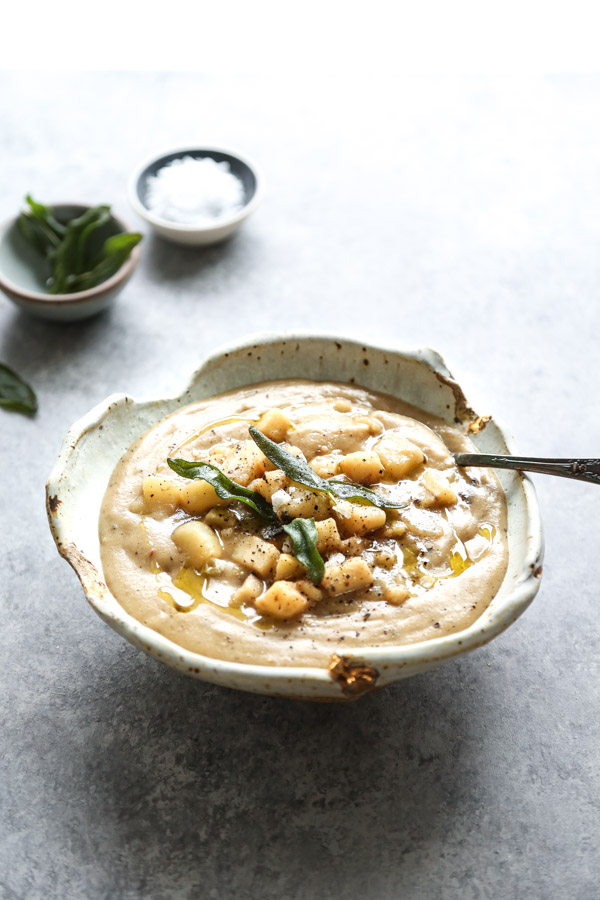 Read on for this creamy parsnip chowder with crispy sage. And tell me, do you make soup at your Thanksgiving? Let me know in the comments section. Regardless, I hope you’ll give this recipe a shot in the near future! 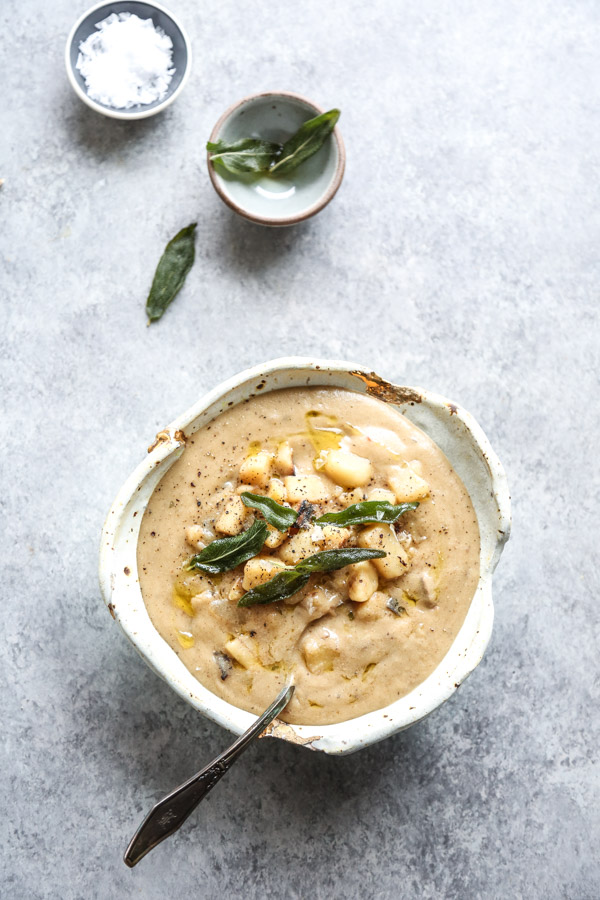 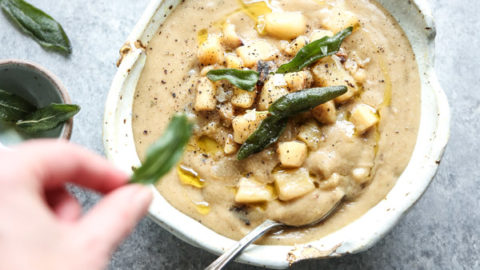 5 from 5 votes
print recipe
This healthy take on a classic chowder is adapted from More with Less by Jodi Moreno. To make it low FODMAP, I omitted the onion, swapped coconut milk for cashew, and replaced the garlic chip topping with crispy sage. It was still inanely comforting and delicious. But you can easily add in 1 sautéed onion and two minced garlic cloves per Jodi’s original recipe.
Prep Time 10 minutes
Cook Time 45 minutes
Total Time 55 minutes
Servings 4
Author Phoebe Lapine

If you make this, tag @phoebelapine and #feedmephoebe - I'd love to see it!
5941 shares