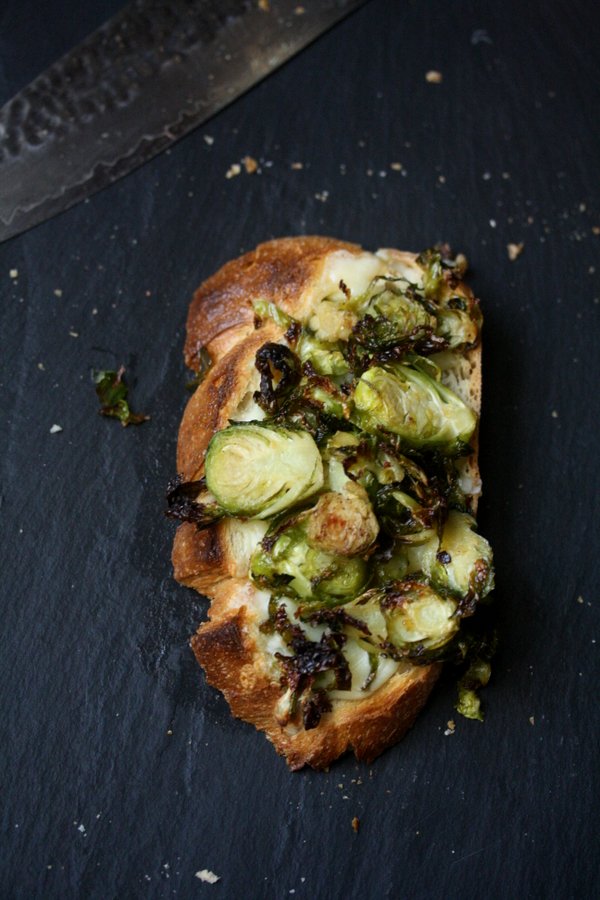 My friend Sarah and I have done our fair share of joint entertaining – the most notable recent evening of course being the only child party. We usually share the menu pretty seamlessly. If she’s hosting, I bring condiments and sides, and also make some vinaigrette on site for salad, as this is an irrational insecurity area for her. In addition to the main course, Sarah almost always makes some sort of toast as an appetizer.

Anyone who’s read my book (so, all ten of you out there), know that I’ve been a longtime crostini girl. But since I can’t eat those little baguette suckers anymore, I’m moving by way of the trend tides and hopping on the toast bandwagon. 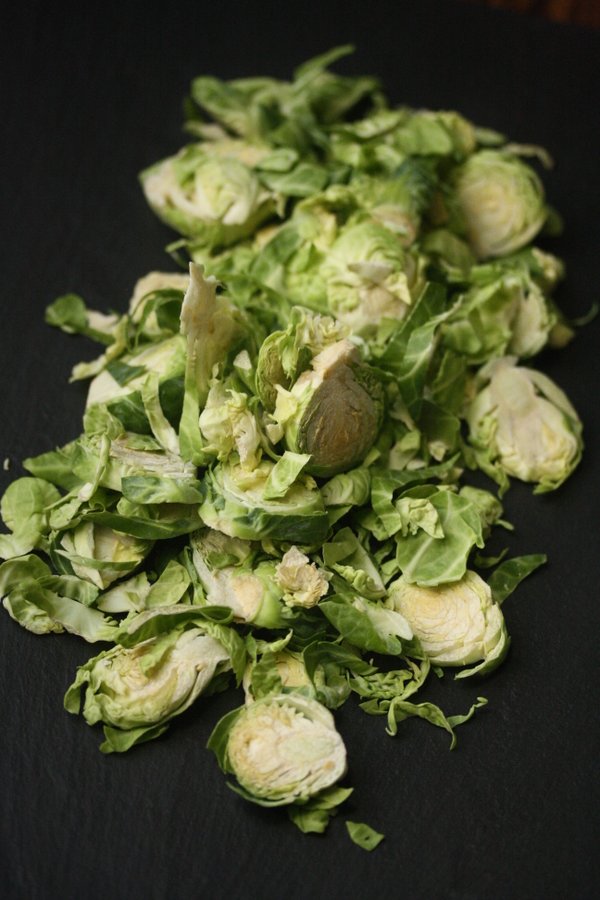 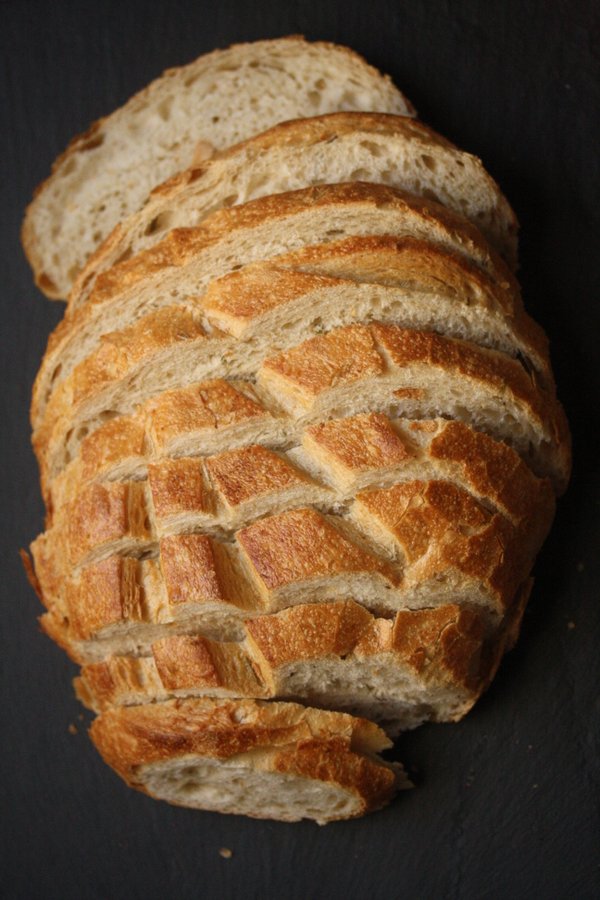 The most notable high-end toast purveyor, and perhaps the fire behind the toast trend in the first place, is Dan Kluger’s ABC Kitchen. He has some amazing seasonal toasts on the menu. I love looking at them, smelling them, and, occasionally, scraping the toppings off of them, much to the chagrin of my dinner dates.

A few dinner parties ago, Sarah made an ABC Kitchen-inspired squash toast with ricotta. And the best part of having fancy toasts at home and having a very dear, considerate friend making them for you, is that said toasts can conveniently wind up on gluten-free bread. Though the many avocado toasts before it tempered my emotions by way of sliced bread, it was really this one squash toast that sealed the deal on my crostini conversion. 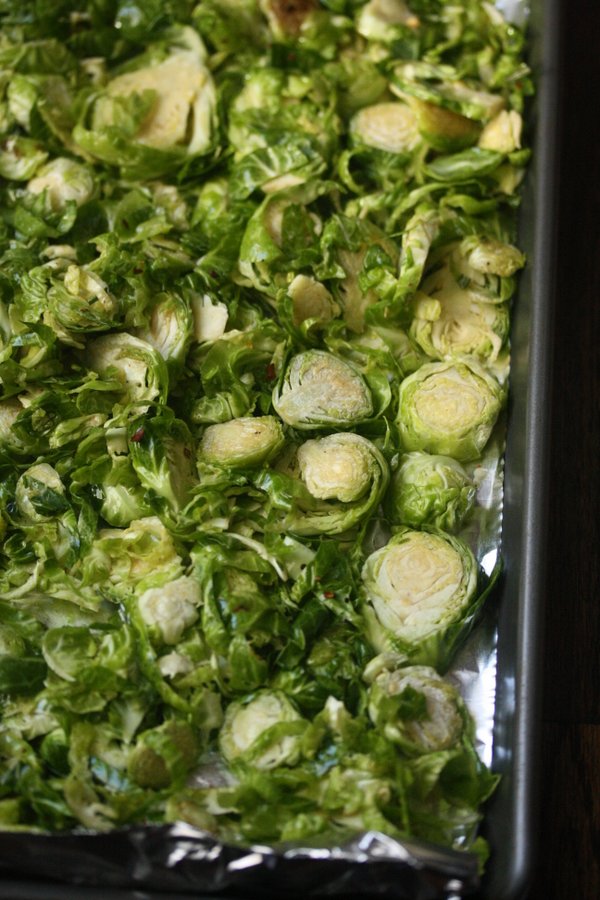 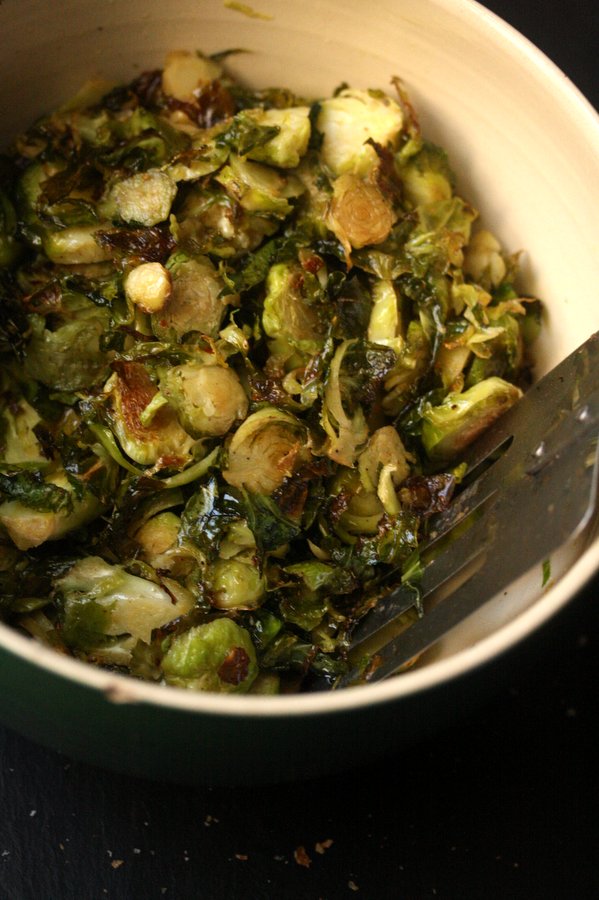 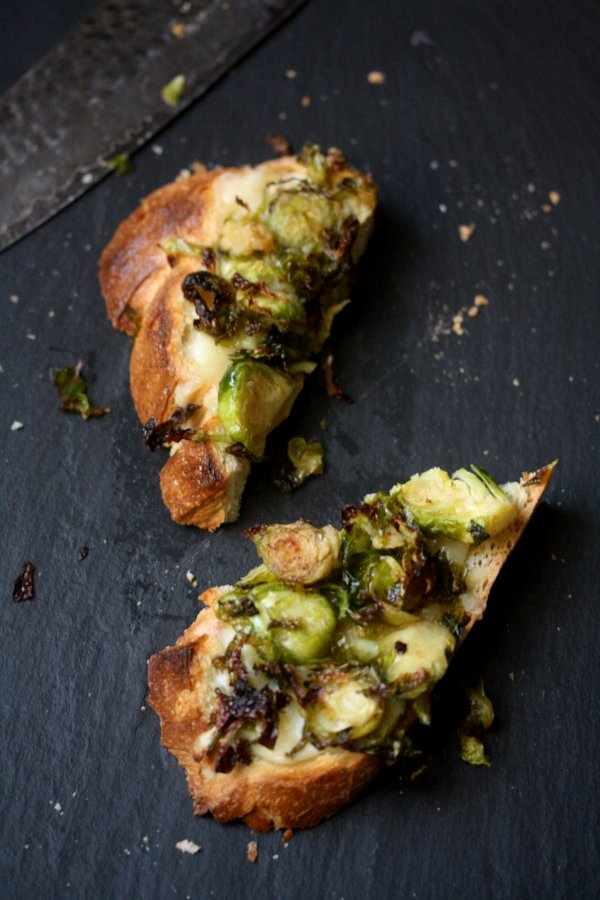 So, being a newfound toast girl, I decided to take a page out of Sarah’s book when I had a few people over for dinner last week. I served mushroom risotto as my main course with pan roasted cauliflower on the side. For the appetizer, I was inspired by this Deborah Madison recipe, and decided to turn my favorite roasted Brussels sprouts into a Kluger-esque seasonal toast.

Roasted Brussels sprouts as a side dish is usually a crowd pleaser. But put them on bread with melted cheese, and they kill.

Do you have a go-to dinner party finger food? Let me know in the comments! 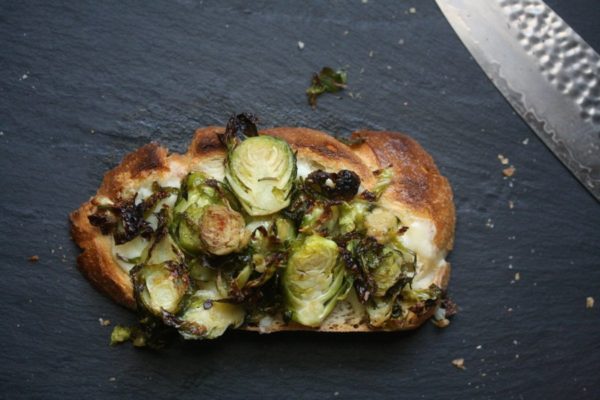 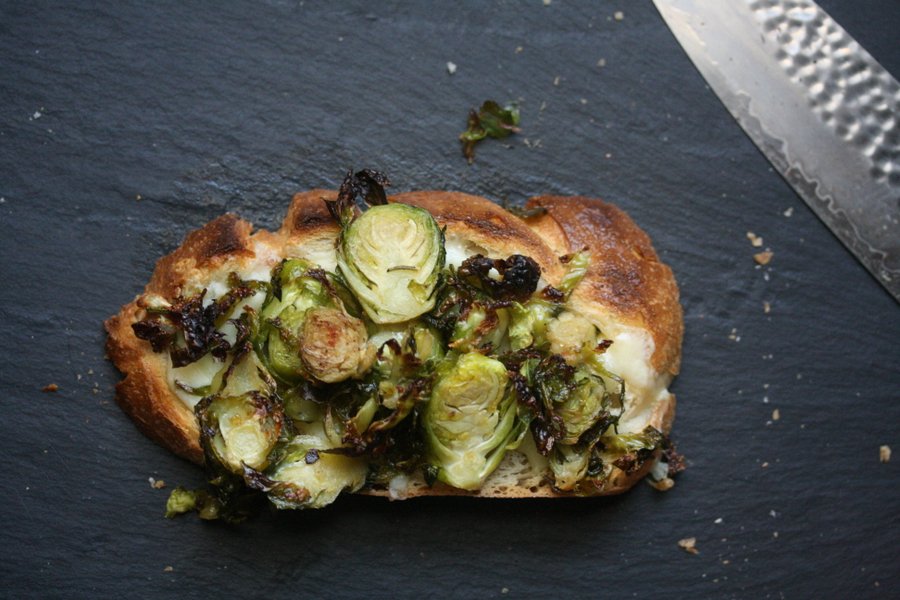 If you make this, tag @phoebelapine and #feedmephoebe - I'd love to see it!
100 shares