If there’s one gluten-free dish to sample while in Portugal, it’s peri peri chicken. 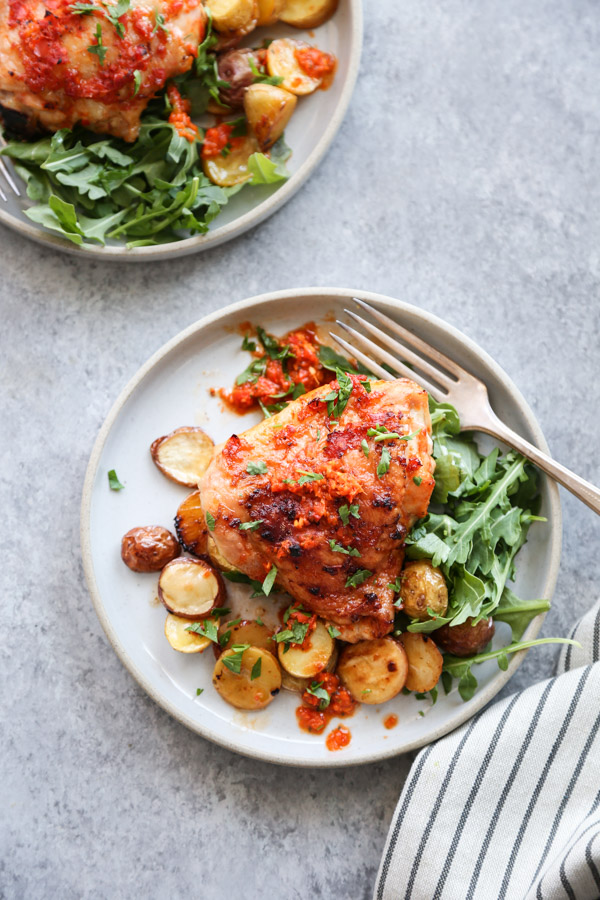 In general, the country is a lot more friendly to the dietarily challenged than their neighbors over in Spain, who seem to sneak jamon or bread into unsuspecting dishes like romesco sauce and gazpacho. For most of my trip, I got by with simple grilled seafood, homemade potato chips, and tomato rice.

But at the top of my culinary to-do list was the Portuguese version of BBQ chicken made with spicy red piri piri peppers brought over from Africa. In the States, barbeque is a hot bed for gluttonous offenders like Worcestershire, soy sauce and sketchy thickeners. So the idea of a national grill culture that centered around fresh ingredients like shallots, peppers and herbs, seemed like a dream. 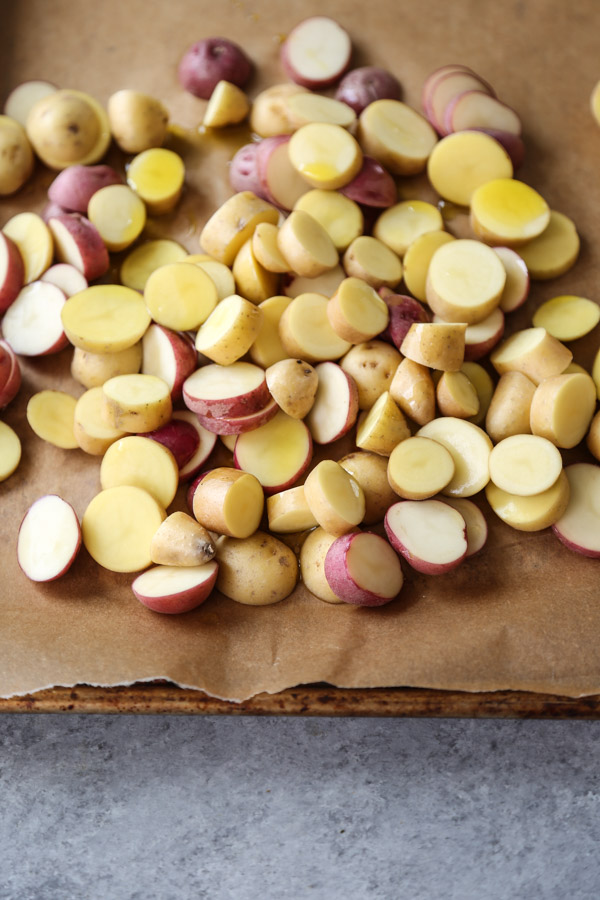 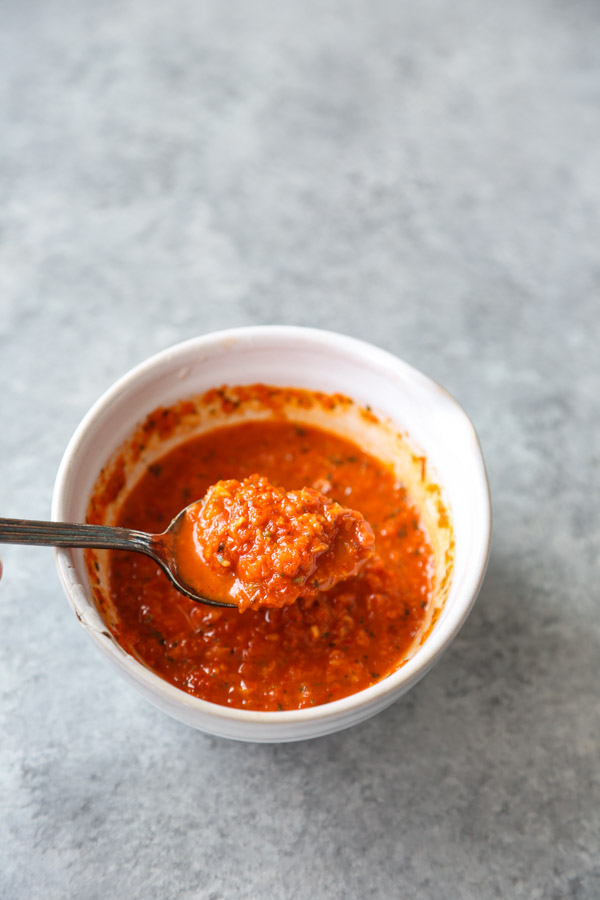 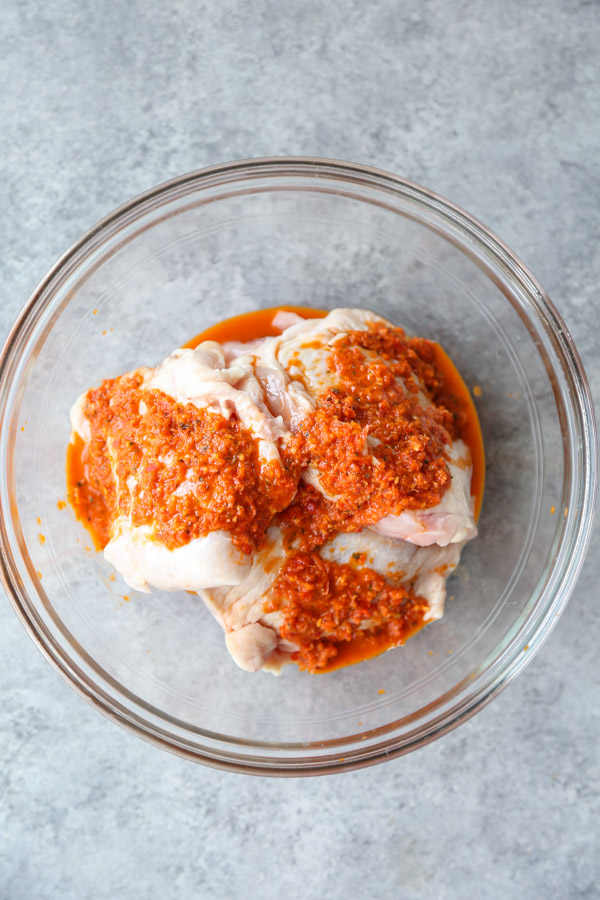 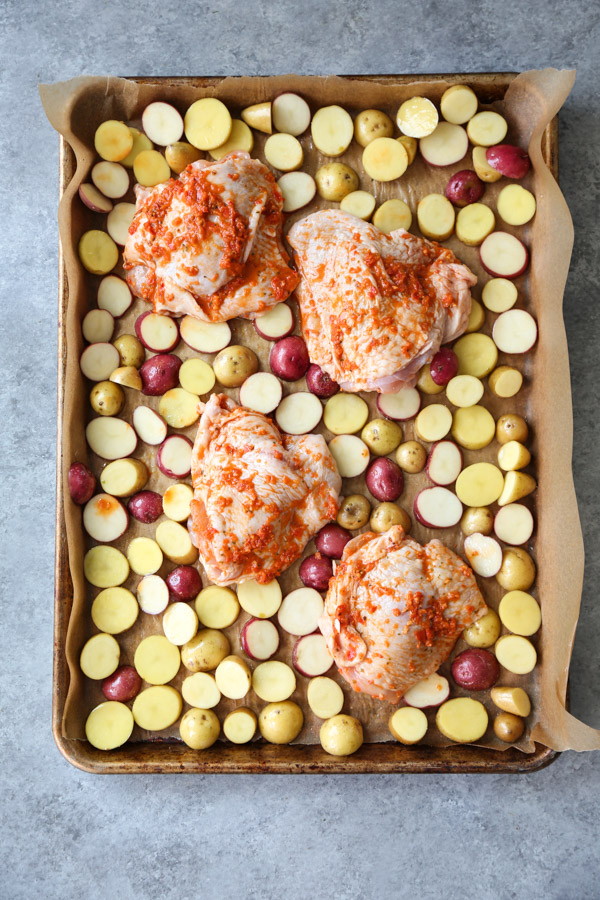 In some ways, the marinade reminds me of this gazpacho steak that I invented many years back for my summer BBQ pleasures. The charred meat tastes smoky, spicy and bright thanks to all the acid (vinegar and lemon juice). And I love pairing the sticky cooked chicken with more of the raw sauce on the side to get the best of both worlds. 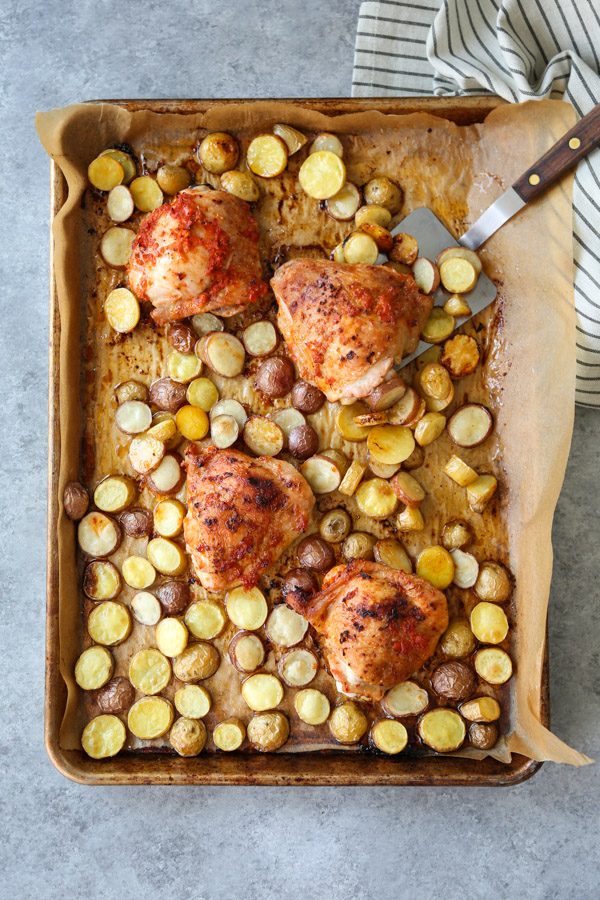 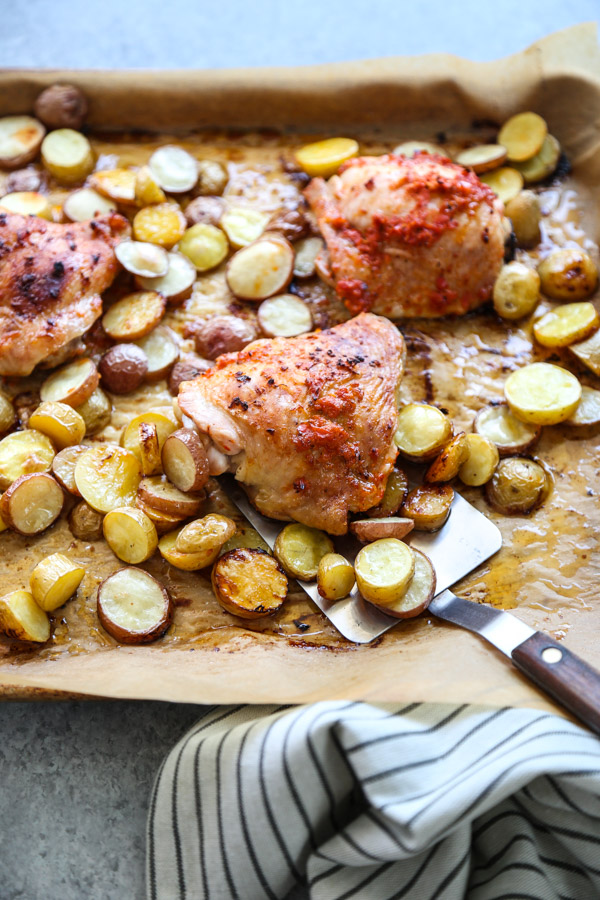 Speaking of the best of both worlds, the recipe below is designed to fit a sheet pan, for those of you who don’t have access to a summer grill. In Portugal, the chicken is served with a side of fries or thinly sliced yukon gold potatoes, which were often but not always gluten-free, and a simple salad.

Finishing the meat under the broiler allows for you to get a similar char, while combining the meat and potatoes under one roof means less clean-up. Plus, potatoes cooked in a little chicken fat cannot be beat. But you can easily throw the chicken on the grill instead and roast the potatoes separately in the oven. You do you!

Read on for the recipe for this sheet pan Portuguese Peri Peri Chicken (also spelled Piri Piri…I couldn’t figure out which was correct!). 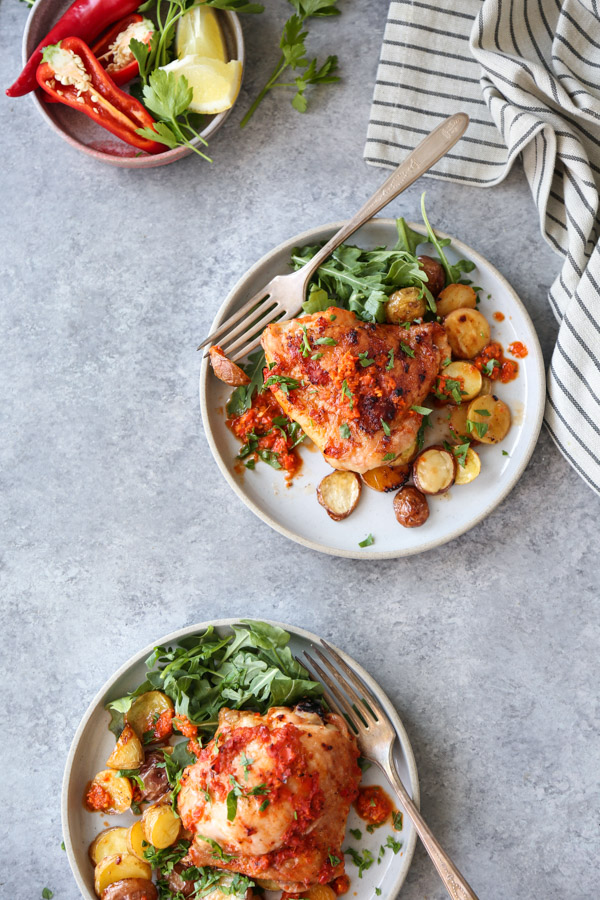 Is there a BBQ dish that you’ve brought home from a different culture? I’d love to hear your favorites in the comments section! 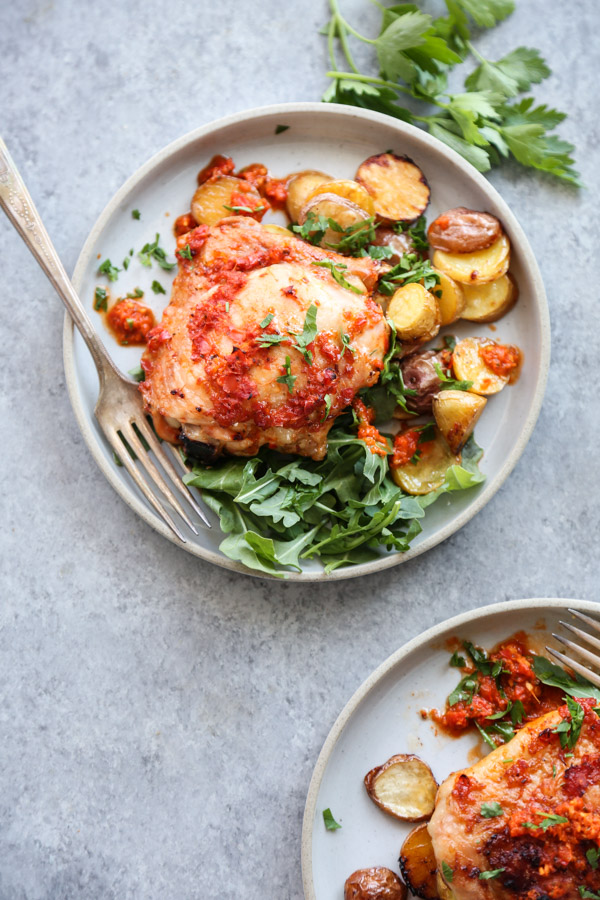 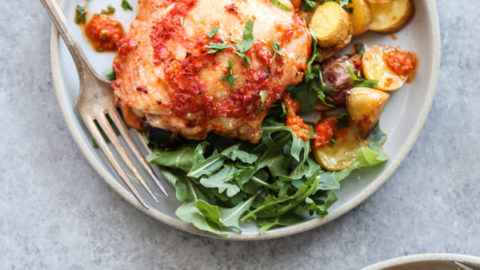 5 from 2 votes
print recipe
You can make this uber flavorful Portuguese sauce up to 24 hours in advance and let the chicken hang out in the marinade in the fridge. To make this low FODMAP, simply omit the garlic and shallot. I made it without both and it was still fabulous.
Prep Time 20 minutes
Cook Time 35 minutes
Total Time 55 minutes
Servings 4
Author Phoebe Lapine

If you can’t find a hot red pepper, you can either sub 1 jalapeno for a slightly less vibrant sauce, or 1 tablespoon harissa, which is the route I went.
I love the combination of the raw pepper sauce and the caramelized marinade, but if you prefer a warmer more developed sauce, simply heat the excess sauce in a small saucepan and reduce for 5 minutes, or until slightly thickened.

If you make this, tag @phoebelapine and #feedmephoebe - I'd love to see it!
621 shares