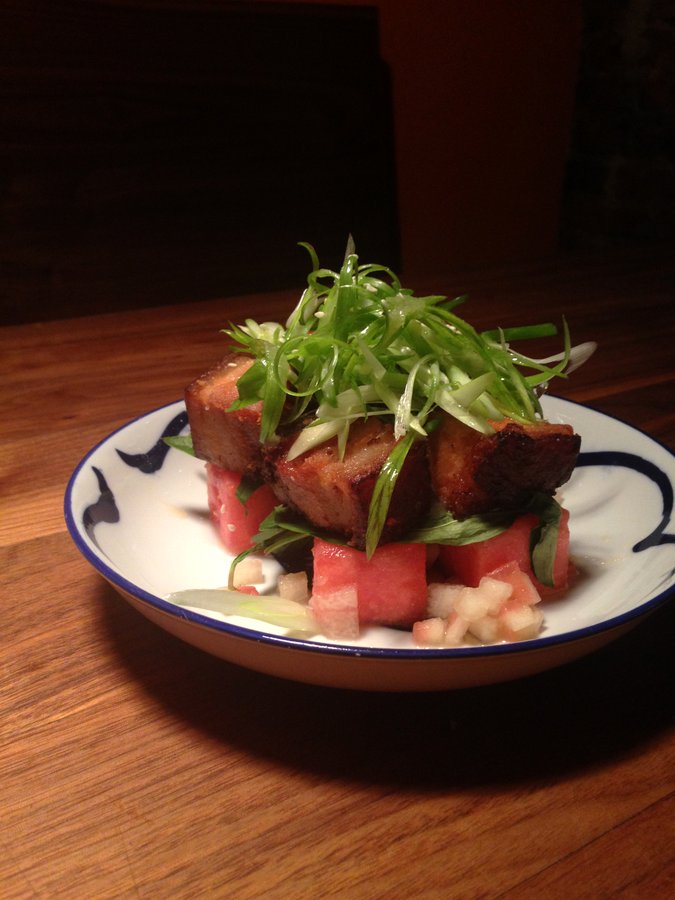 It’s been a while since I did a snapshot post, probably because I worry that those of you who follow me on instagram are already sick and tired of me bragging about my adventures in pilaf and pork fat. But I attended a particularly awesome event last week that was all about amazing women, the power of connection, and the ability of great food to fuel both under one roof.

The dinner was thrown by ElevateGenY and 3WCircle—two new women’s organizations that are trying to motivate and inspire 20 and 30-somethings to pursue their passions. I’m a sucker for women. When I’m around communities like these, I can feel my cynical New York self melt away into a puddle of warm, fuzzy feelings faster than a mojito popsicle on a warm summer day.

But the highlight for me was getting to meet two amazing female chefs, who rose in the top of the Fatty Crab restaurant group, and now run the show. I ended up stopping by a few days early to catch up with Anna and Lindsay, hear their story, learn how to make the most ridiculous plate of fried pork belly, and wash the evening down with a round of spicy pickleback shots. 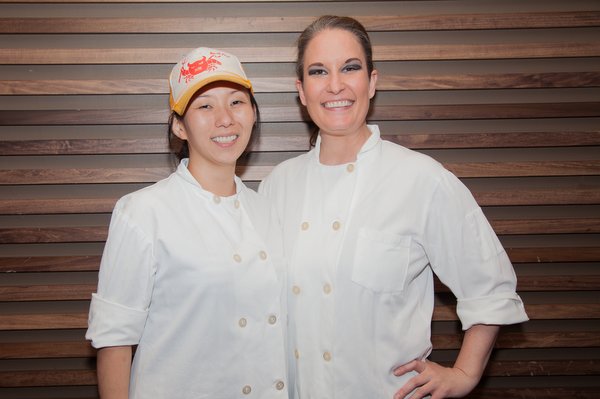 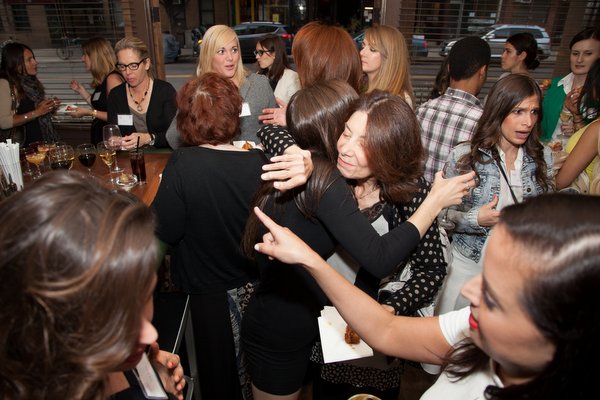 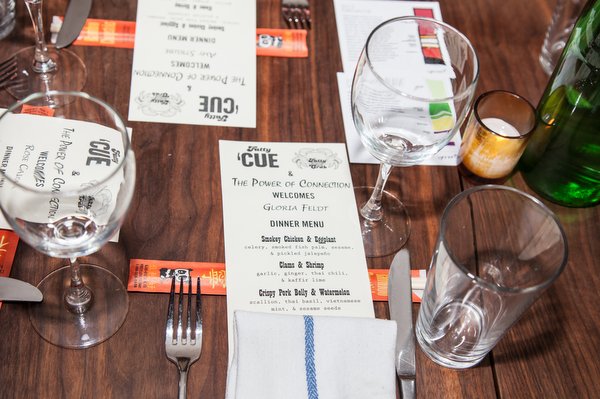 Having never worked in a professional kitchen or gone to cooking school, I always get nerdily excited to go behind the scenes of a restaurant kitchen, and embarrassingly star struck by any chef that’s managed to run one–and even more so when that chef is a woman. Between this article, new magazines like Cherry Bombe, and the whole controversy over Time’s Gods of food spread, the questions over whether women will ever dominate the restaurant world are certainly at the forefront of the food zeitgeist.

“Girl chefs are very in right now,” Lindsay laughed, when I asked her about what it’s like being a woman in the business. “But I don’t think that it’s ever going to become the norm. This will always be a male-dominated industry.”

Lindsay fell into the cooking world later in life, and you could say that the power of connection (and a little bit of girl power) is what gave her the push to succeed so quickly. “Most people coming up in kitchens are teenagers, and I was in my 30’s,” said Lindsay about her first job out of culinary school at Fatty Crab. Anna, who was chef de cuisine at the time, had given her notice the week before. And when she met Lindsay, she decided to take her under her wing and train her to be her replacement.

“I told her: I’m going to be super hard on you,” said Anna. “But it’s because I want you to learn.” And from the look on both of their face, she was. But the tough love evolved into a quick friendship that the ladies have maintained over the years, bouncing from kitchen to kitchen, and eventually landing back in the same restaurant group, both as executive chef.

Anna said she promised herself that she’d be an executive chef by age 35. She’s just shy of 30. “I was sitting in the car with my parents and I told them I didn’t know what to do now that I’d reached my goal. My mom just looked back at me and said ‘how about your new goal be to find a husband and have children?’ I just laughed.” 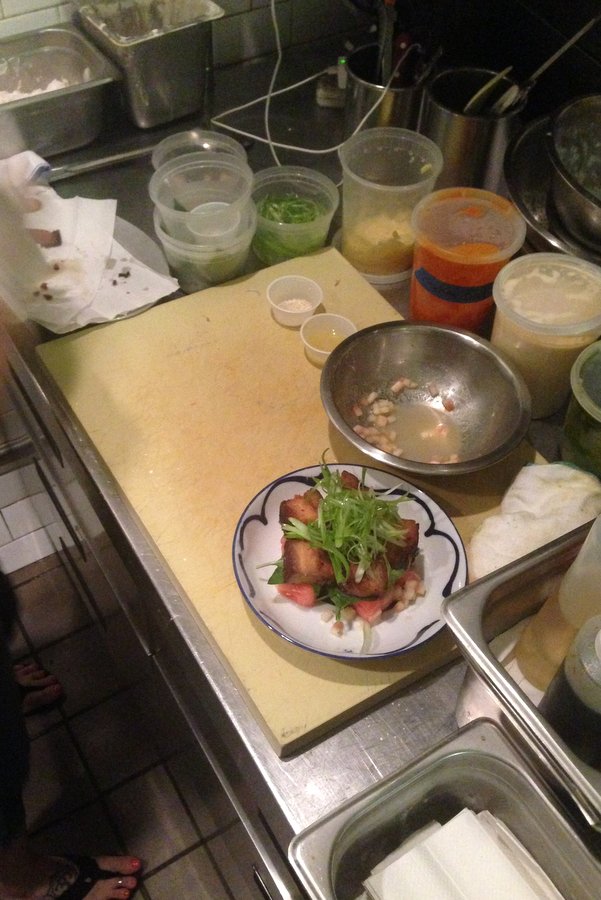 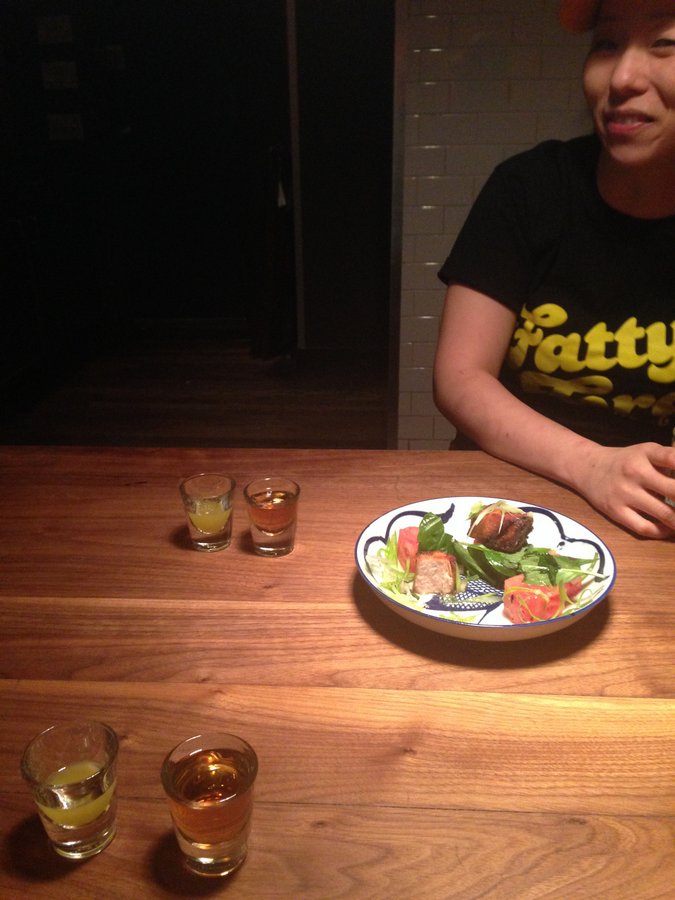 The ability to have a family and run a kitchen seems to be biggest source of conflict for female chefs. The hours, the pay, and the lifestyle just don’t allow much room for it, which is why Anna and Lindsay both felt that girl chefs may be more of a trend than a new reality. For now, both ladies aren’t thinking too much about the next step. They’re keeping their heads down, hands dirty, and kitchens churning out delicious things like the pork belly dish with pickled watermelon rind that they made for our dinner.

Since deep frying pork belly (with hunks of watermelon no less) is probably the last thing you’d ever see me make for this site, I hope you’ll pop by Fatty Crab and try it for yourself. I inhaled all the pork on my plate, sans melon, and can attest to the tastiness. If you’re looking for a little more girl power and sense of connection in your life, definitely sign up for 3WCircle and ElevateGenY’s newsletter. There are tons of fabulous events happening around the country, and who knows, perhaps somewhere along the way we’ll get to experience the power of connection together.