My mushy breakfast of choice since my tooth extraction has been Snickerdoodle Oatmeal. Which is basically a fun and fanciful was of saying cinnamon oatmeal. Only instead of brown sugar, a thin sprinkling of grainy coconut sugar gives it the coating of a classic Christmas cookie. 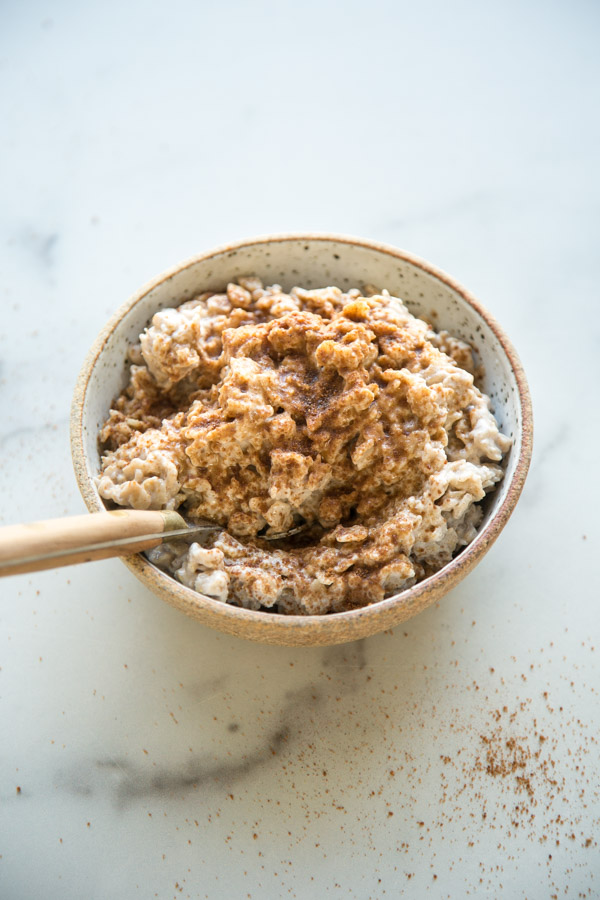 I feel like there are two camps when it comes to oatmeal: the maple syrup brigade and the brown sugar battalion. Growing up, I was firmly in the latter. I love the way that the sugar melts away on top of a pile of hot oatmeal, but if you get your bite just right, you’ll still get a hint of crunchy granules.

Since I don’t really bake much with conventional sugars anymore, I’ve been more of a maple girl in adult life. And somehow being the big thinker I am, it didn’t occur to me until this past week that coconut sugar could be the best of both worlds. 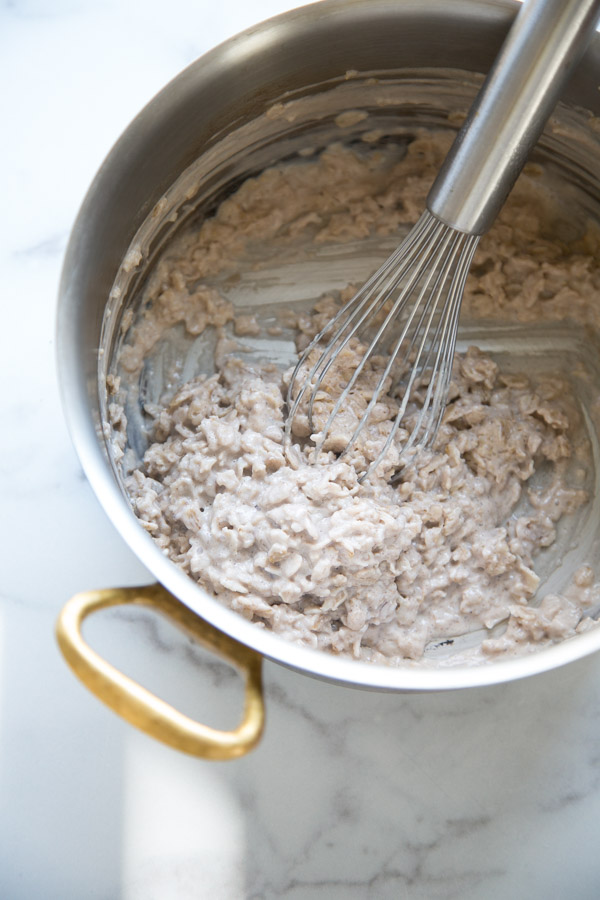 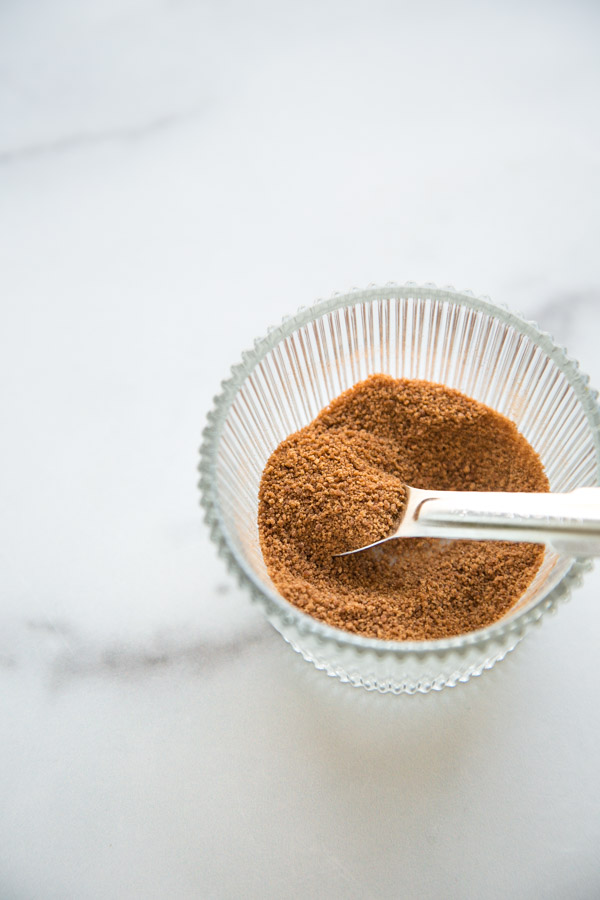 In the world of overnight oats, I think people forget that a regular batch of oatmeal can be just as fabulous a make-ahead breakfast. The trick is to add a little extra liquid, or simply to transfer to an airtight container from the pot while it is still a bit runny. Then just scoop it out of the container into a bowl and reheat throughout the week.

For an apple cinnamon version of this snickerdoodle oatmeal, simply sauté a peeled diced apple in a little coconut oil or butter before adding the liquid. I kept this recipe Low FODMAP but if you’re an equal opportunity plant-eater, I’d highly recommend cashew milk in this recipe as it’s extra creamy. 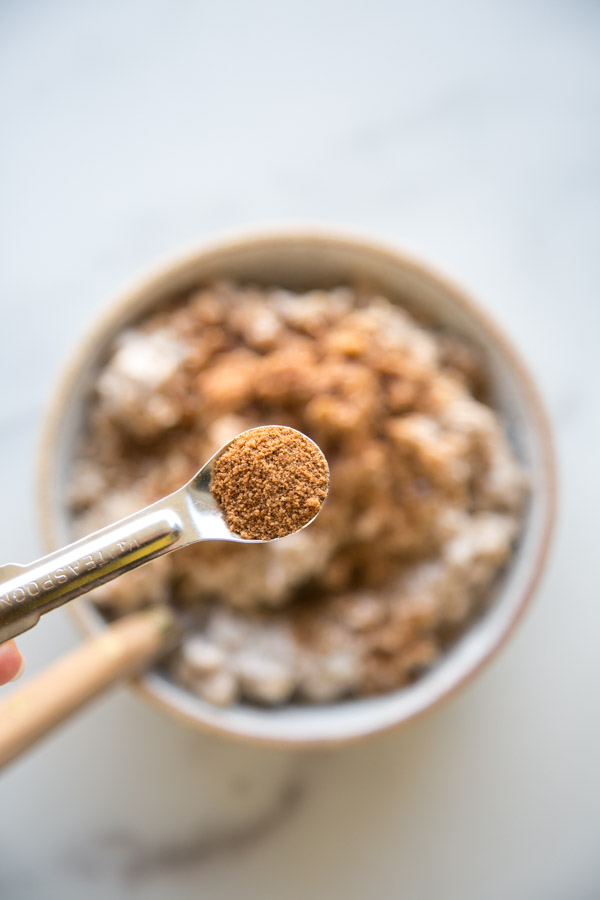 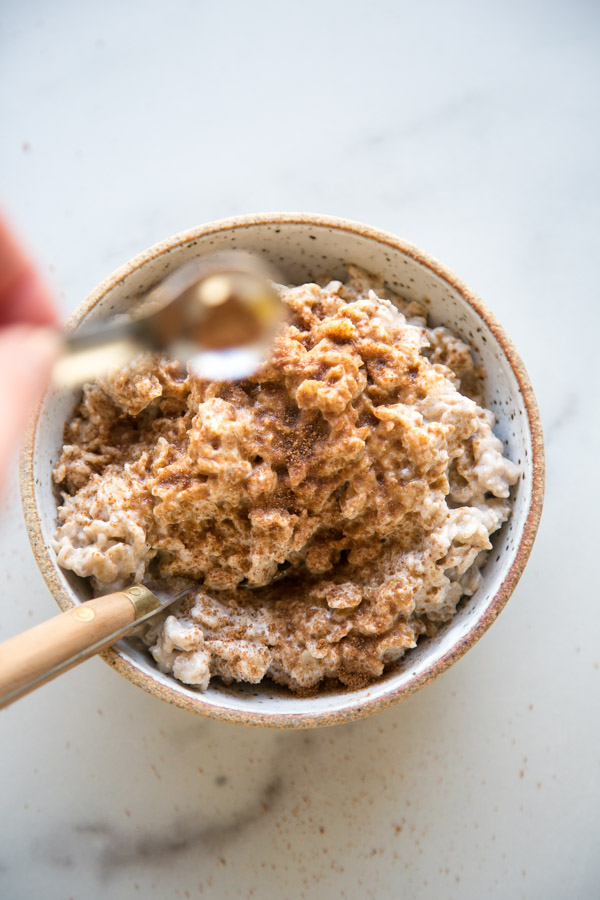 I’m not sure what Christmas morning will look like for most of us this year, but if you’re celebrating with just yourself or your immediate clan, this snickerdoodle oatmeal would be a perfect cozy way to start the day without too much of a production (save that for the presents). 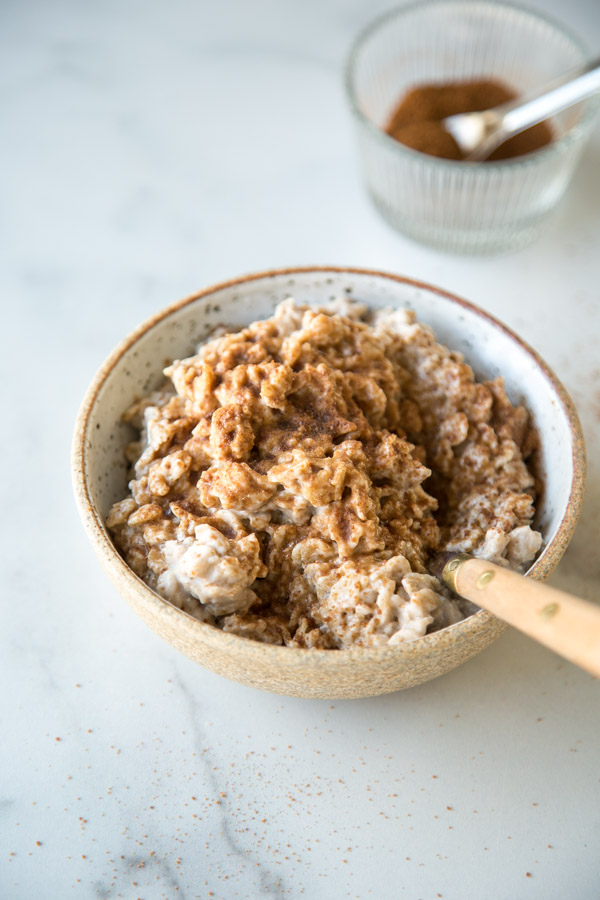 Later this week will be the last episode of the podcast before the end of the year, and next week I’ll be back with a big two-part year of health in review. It’s been a crazy one, as could only be expected from 2020. 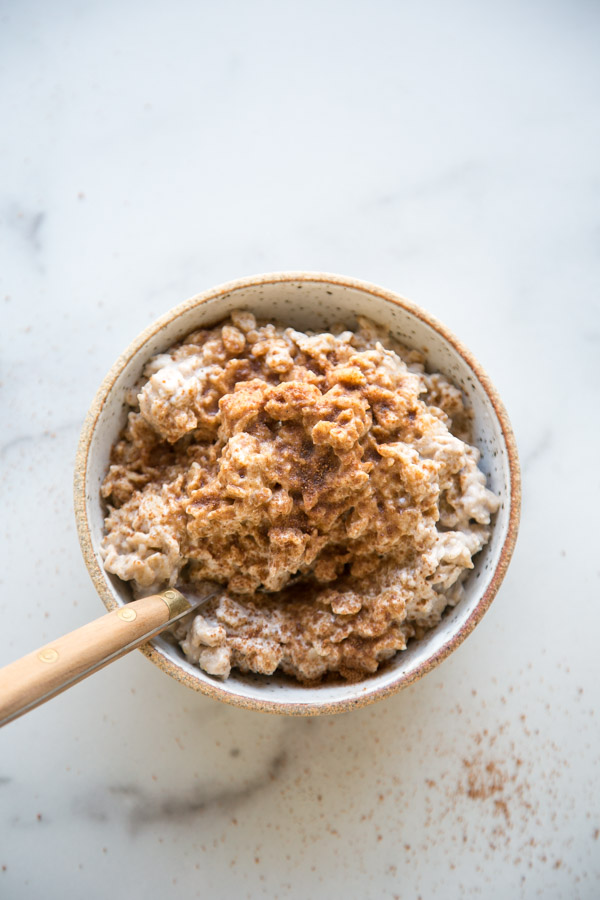 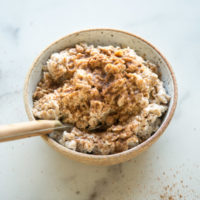 Print Recipe
This cinnamon oatmeal recipe takes its ingredients and look from classic snickerdoodle cookies, which are a favorite of mine around the holiday season. This recipe makes 4 portions to share on Christmas morning, or you can make it in advance for the week ahead. If doing the latter, leave a little extra liquid in the pot before transferring to an airtight container.
Prep Time 5 minutes
Cook Time 15 minutes
Servings 4
Author Phoebe Lapine

If you make this, tag @phoebelapine and #feedmephoebe - I'd love to see it!
179 shares