When we were in Tuscany two summers ago, there were too many good meals to count. So it really says something that one of the most distinct dishes I remember eating was a white Bolognese sauce. 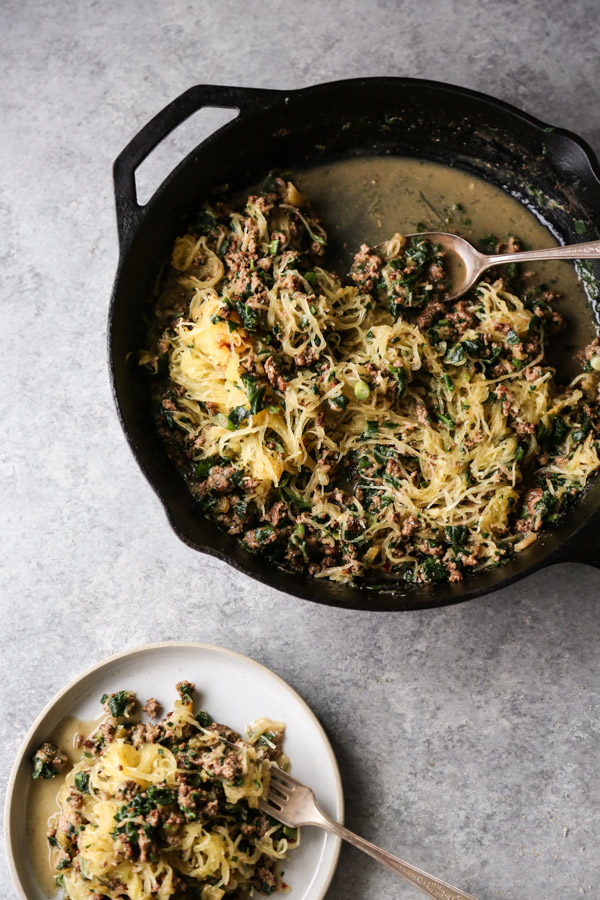 The restaurant was in a small square, in a tiny town with a population of 200. It should tell you something about Italy’s sensitivity to celiacs that even this mom and pop shop had gluten-free pasta options. Which is how I got to try this epic white Bolognese.

If you’re Italian you’re probably already bristling. I was in Tuscany, not Emilia Romagna, so this sauce wasn’t technically a Bolognese, but a ragu. But for those not from the motherland, you are probably more familiar of the concept of this meat sauce. 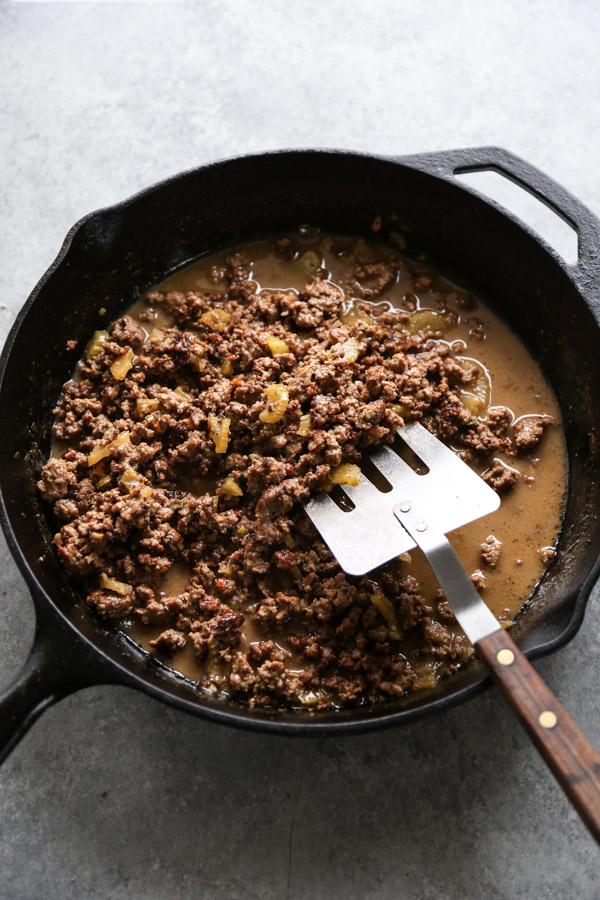 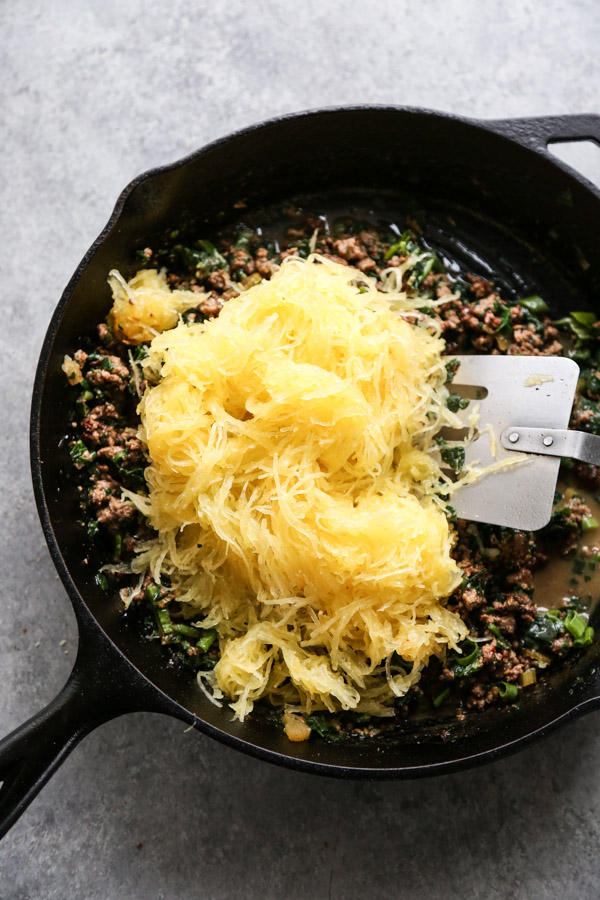 Instead of tomatoes and red wine which are the two acidic flavor enhancers of a traditional Italian Bolognese, this white version uses white wine (and probably a little cream) to tease out the fatty pork and ground chuck.

What I loved most about this version is that you can really taste the aromatic vegetables and herbs—celery, carrots, thyme, fennel seed. It almost tasted like the filling of an Italian sausage. Slightly sweet, with a hint of anise, and lots of fatty goodness. 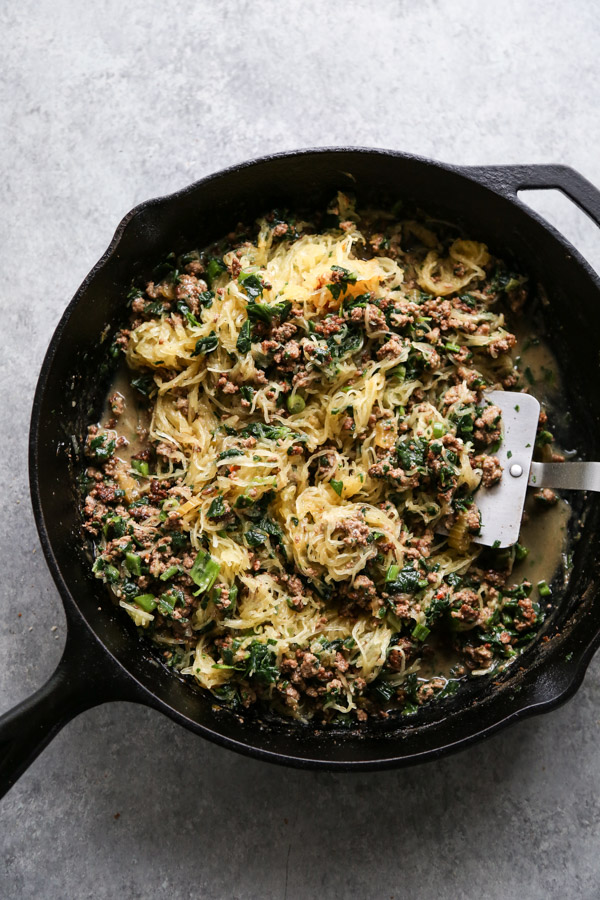 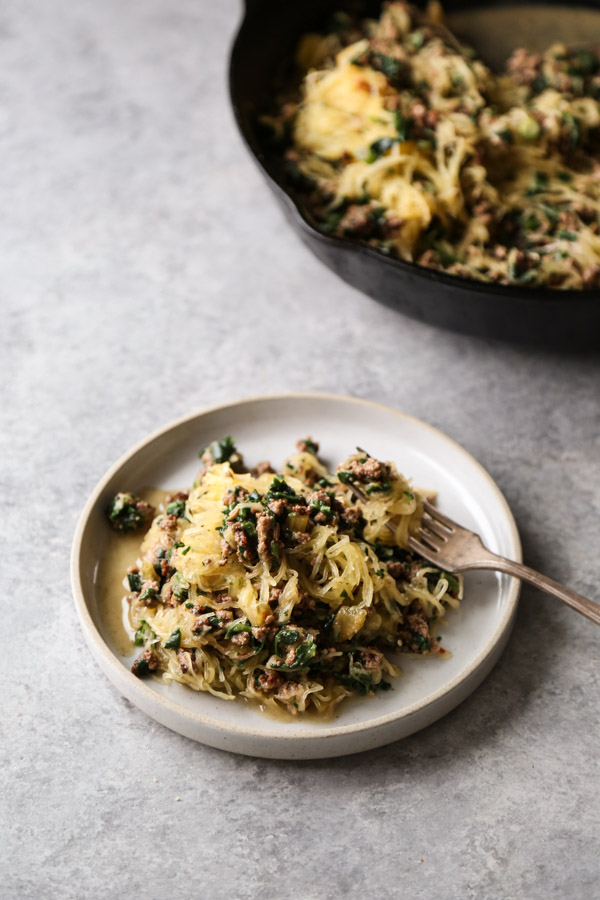 I’ve been meaning to recreate it for years now, but it was only recently when I was out of canned tomatoes and looking for something to do with my Butcher Box grass-fed ground beef that the idea popped into my head.

I used coconut milk instead of cream, added a generous handful of frozen spinach to the meat mixture, and used the sauce to top paleo spaghetti squash spaghetti. It was an incredibly earthy, rich and satisfying bowl, and easily adaptable for various diets.

For AIP just omit the fennel seeds (you can add regular chopped fennel if you like). For low FODMAP, use half a stalk celery, only green scallions and swap garlic for garlic-infused oil. You can also serve it over regular gluten-free noodles. 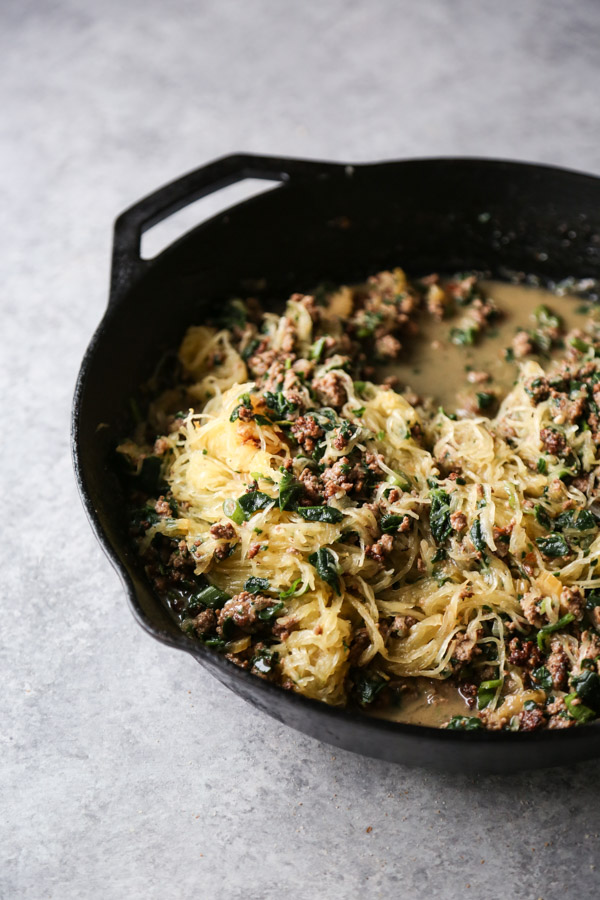 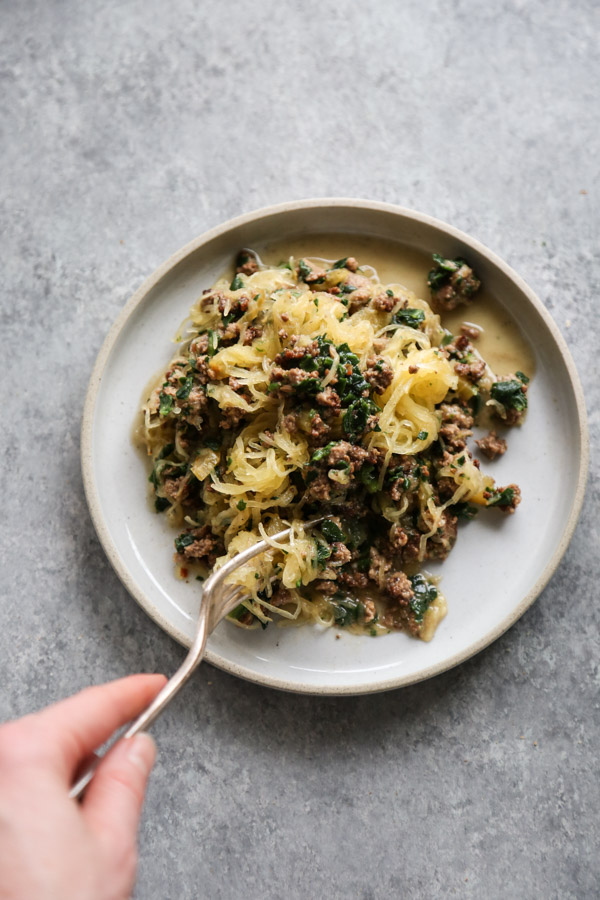 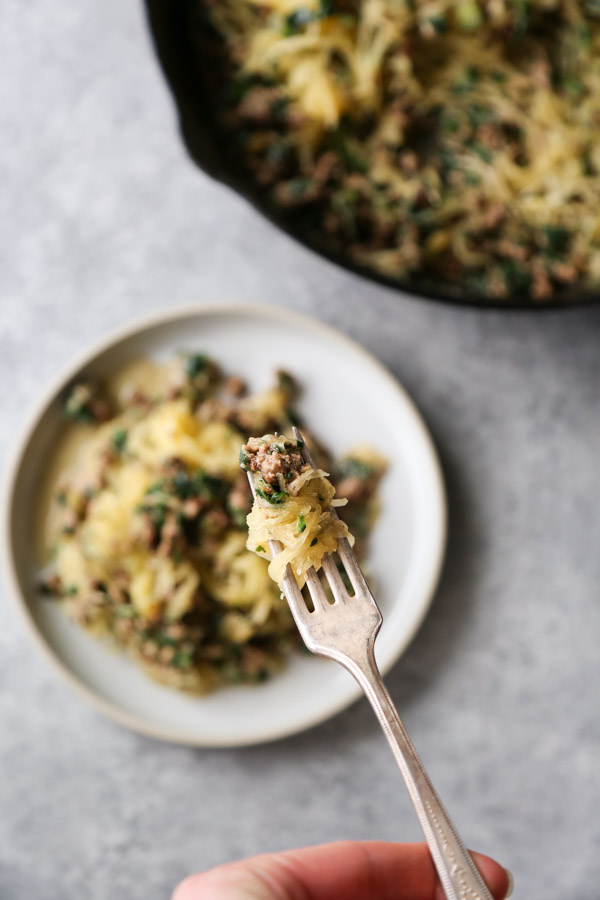 Read on for the recipe for this white Bolognese sauce / ragu inspired by my Italy travels, which you can read more about it here.

p.s. If you’re interested in trying Butcher Box, Feed Me Phoebe readers get a free package of sugar-free, paleo bacon and free shipping with their first order. It’s my absolute favorite, and I always have some of their bacon and ground beef in my freezer at all times to whip up quick, easy meals like this white bolognese sauce. Plus, their meat is the best quality for the value. It’s been a meal prep game changer in our house, and has cut down tremendously on our grocery bill. Find out more here. 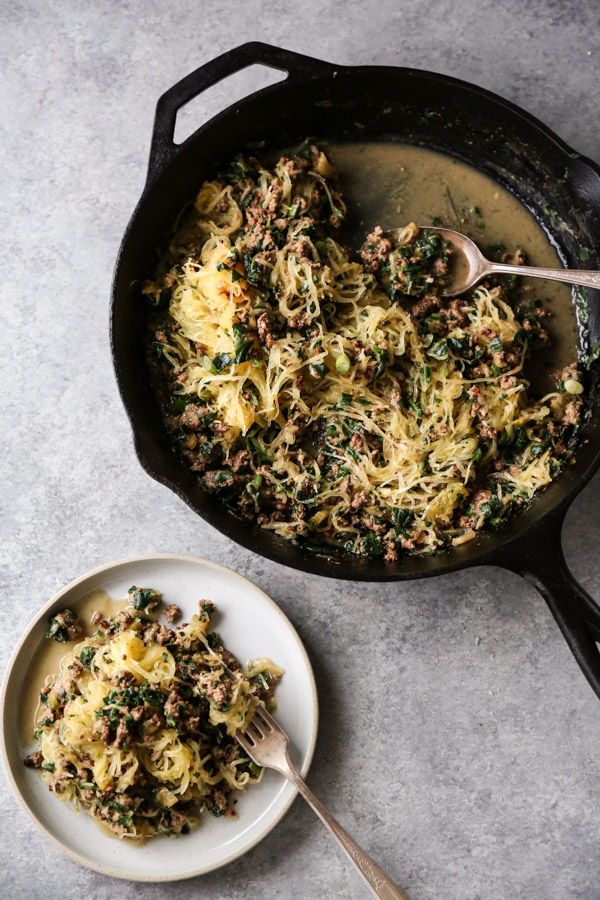 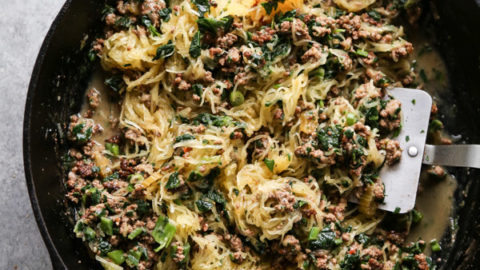 If you make this, tag @phoebelapine and #feedmephoebe - I'd love to see it!
673 shares