The first meal I ever cooked for Charlie (nearly 7 years ago!!) was mussels in red sauce. 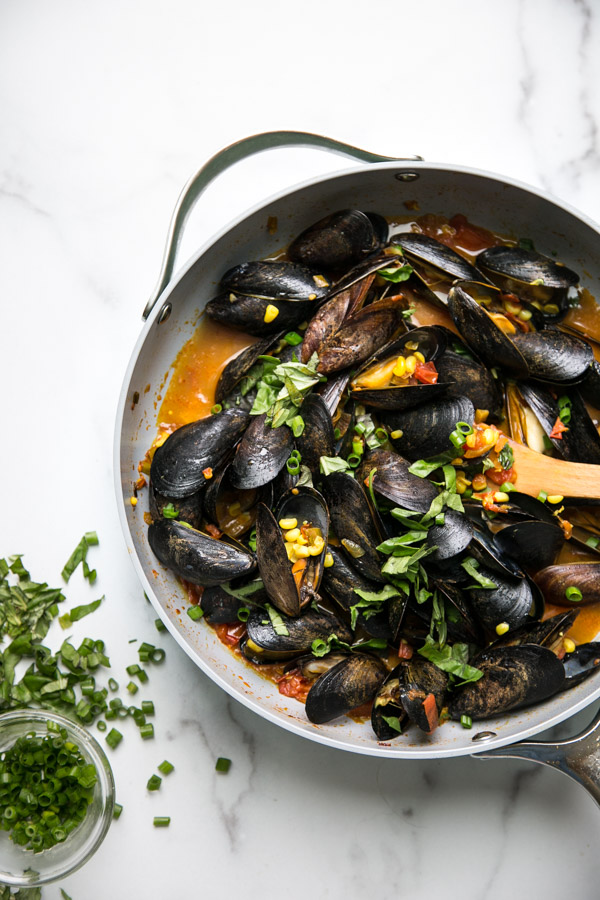 He never remembered this part, mind you. But only because the appetizers were so eventful.

Because I am a hopeless overachiever and show-off (in addition to romantic, of course) I decided it would be a good idea to casually shuck oysters for us. No pressure. About three bivalves in, lost in conversation and nerves, I casually stabbed myself with the shucking knife. As blood ran down my arm, I continued to act casual, smiling, laughing—oh this? Just a scratch. 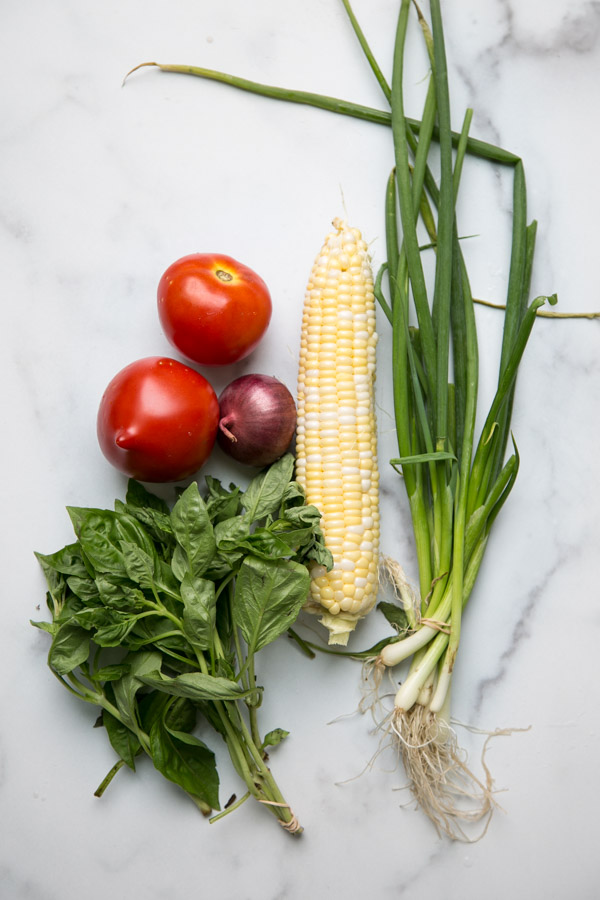 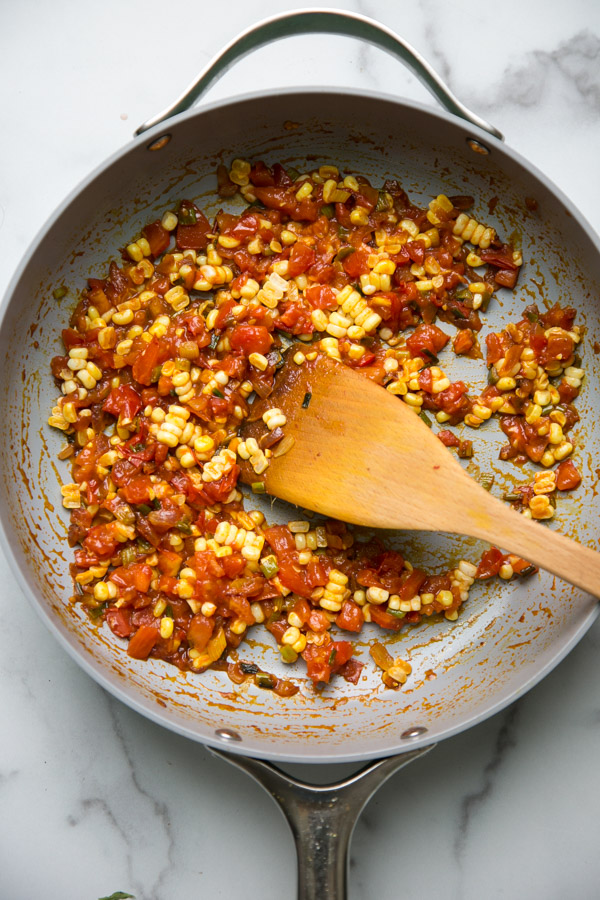 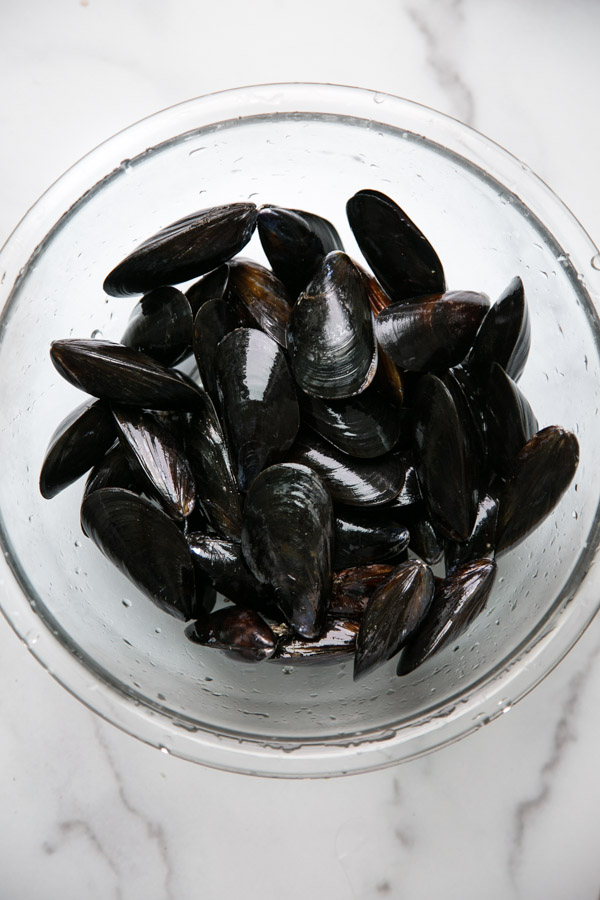 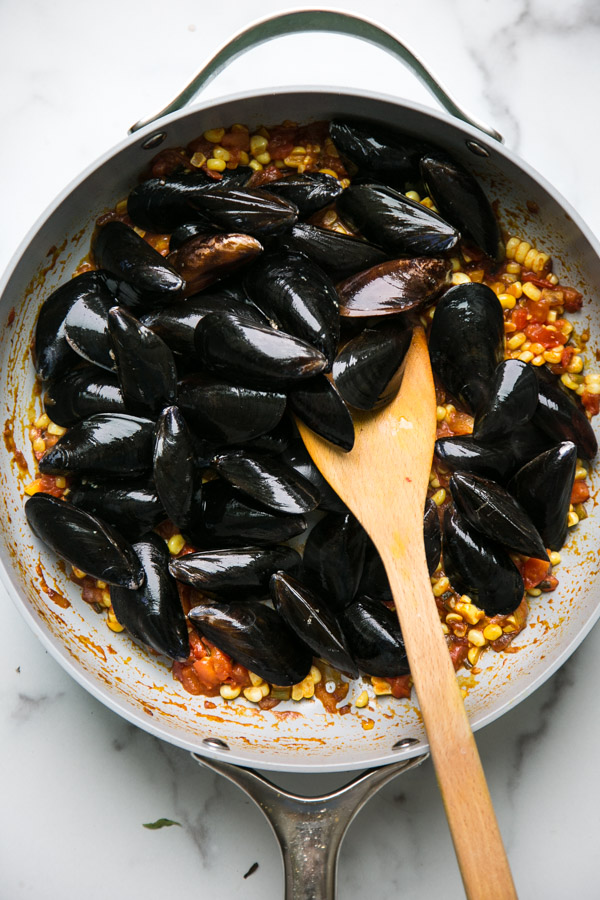 Charlie, ever the gentleman, asked me to teach him what to do so that he could take over while I went to the bathroom to build a casual tourniquet. He’s been shucking oysters for me ever since.

The mussels though—the mussels! They were my culinary redemption of the night (or so I thought). Instead of using a premade marinara like most red sauce mussels, I prefer to go the fresh route, chopping up beautiful heirlooms and letting them melt away into the brine from the shellfish until it forms a light, flavorful broth. 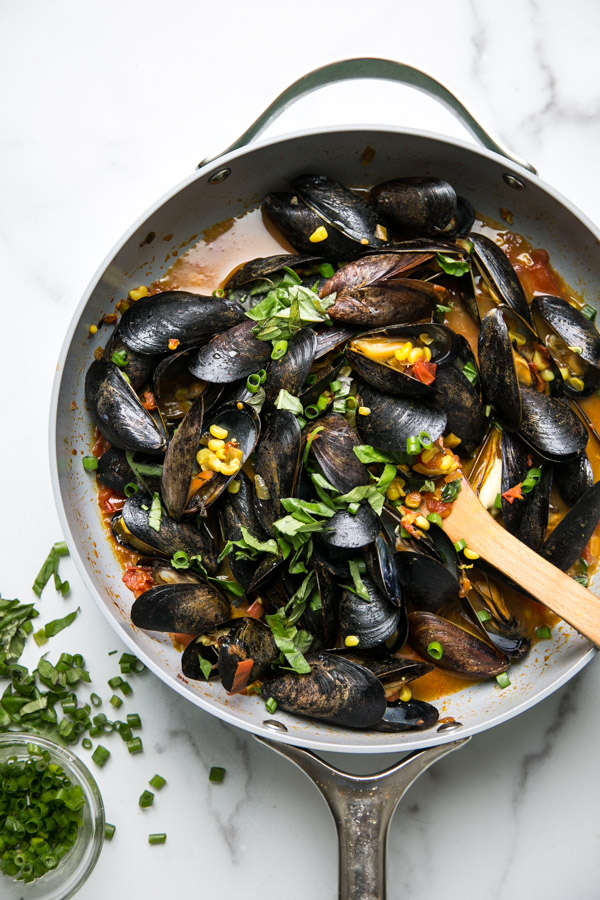 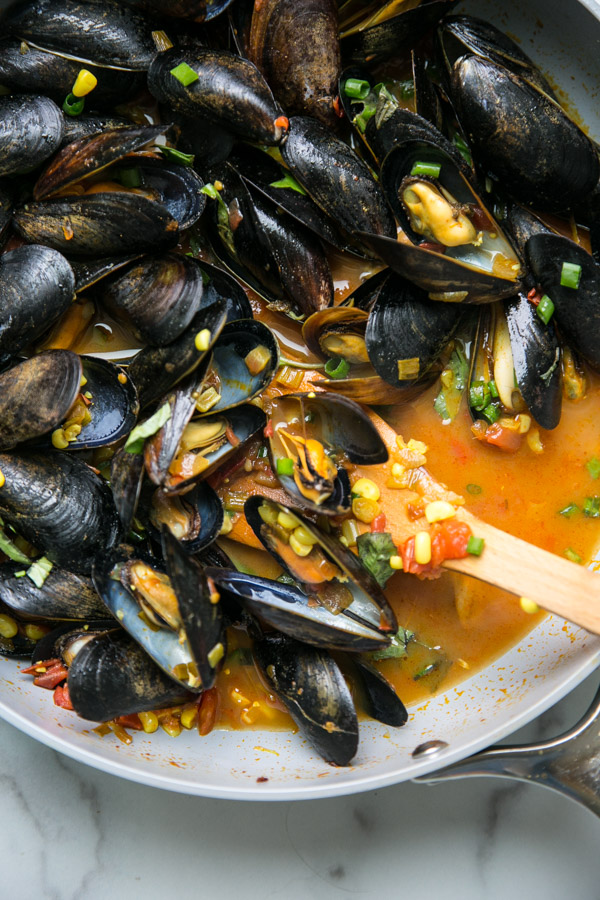 Building on this concept, recently I decided to round up even more summer produce and do a play on succotash as the mussels’ sauce. The whole thing comes together very quickly—in less than 10 minutes. Simply sauté your corn, onion, scallions and tomatoes. Add a little smoked paprika for depth and turmeric to light the corn color on fire. And of course lots of red pepper flakes to make it spicy.

Some might say it’s sacrilege to not add a dash of white wine, but the acidity from the tomatoes means you don’t really need it. As the mussels open, they release liquid and loosen the sauce, meaning there will still be plenty to mop up with a piece of crusty bread or crispy homemade French fry (date night gold). 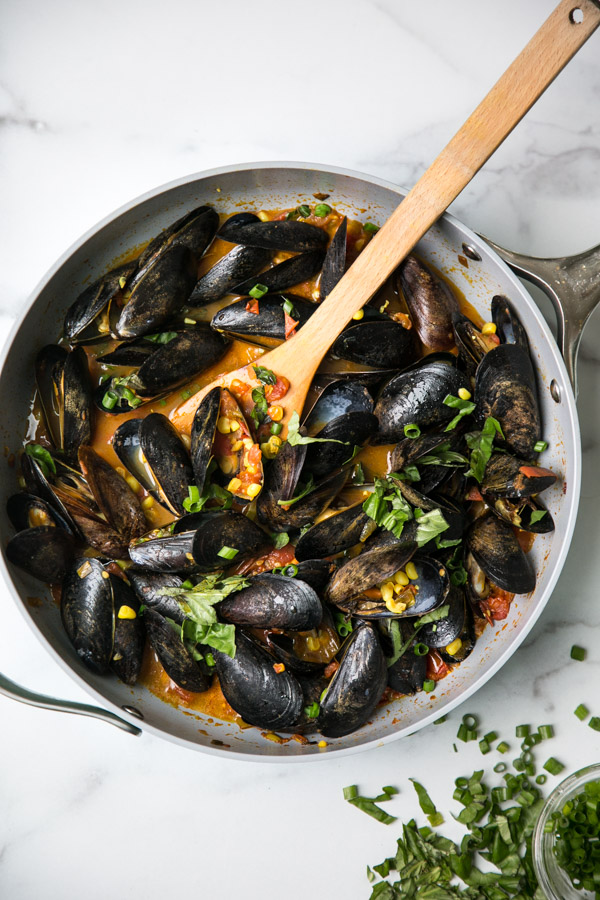 I’m a big believer that any decent mussel dish should be finished with a heaping handful of fresh herbs to offset the salty, acidic broth. I like using basil—especially lemon basil—for this one, but feel free to add whatever you have on hand. Cilantro and chives would also be wonderful with the corn.

Read on for this spicy mussels recipe with succotash. It is a stunner, especially for a first date, should your own blood not be flowing along with the red sauce. 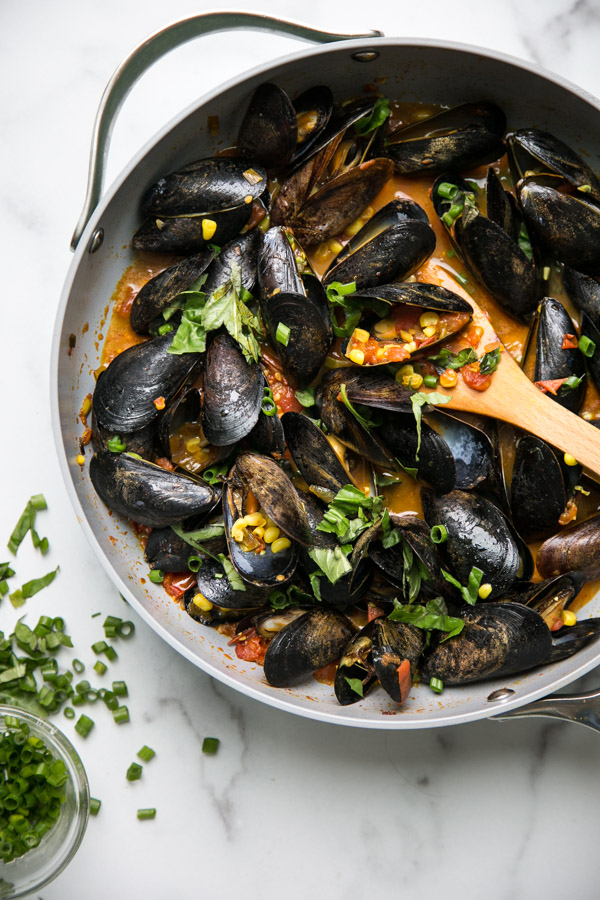 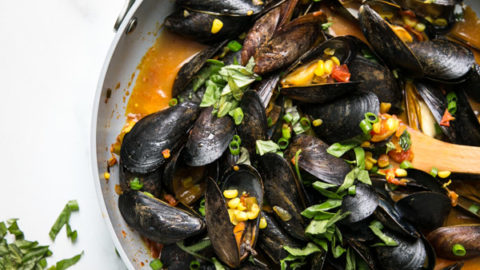 No ratings yet
print recipe
This spicy mussels recipe borrows ingredients from succotash to make a fresh red sauce with summer vegetables. The tomatoes add the perfect acidity that allows you to skip the white wine if you don’t want any. And the corn offers a lovely sweetness. Ground turmeric gives it a slight yellow hue, smoked paprika adds depth, and red pepper flakes bring the heat. Don’t skimp on the fresh herbs at the end!
Prep Time 10 minutes
Cook Time 10 minutes
Servings 2
Author Phoebe Lapine

If you make this, tag @phoebelapine and #feedmephoebe - I'd love to see it!
148 shares