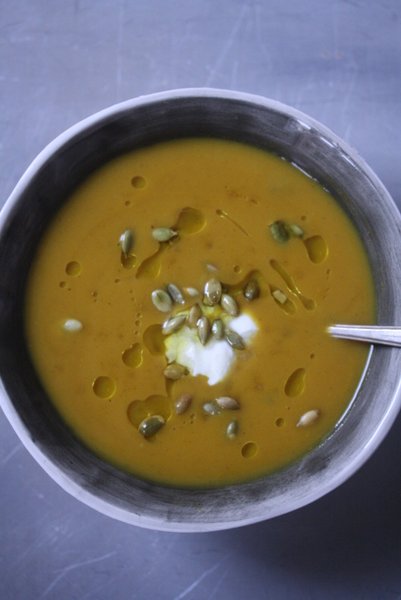 I’m traveling today by air for the first time ever on Thanksgiving, which is ordinarily something you couldn’t pay me my weight in French fries to do. But my friend Kate has promised me horses to ride and puppies to cuddle, so I couldn’t be more excited for the excursion down south. It will also be my first time not cooking with my mom for the holiday. Hopefully, I can take a break from barn chores to help Kate’s mom out in the kitchen, though back in the day I used muck a mean stall, and I wouldn’t want to deprive their clan of those under-utilized skillz.

If we ever had fewer than 30 people at our table on Thanksgiving, I would most definitely make soup part of the menu, and this one, with five spices and luscious winter squash, would be an excellent candidate. It was inspired by two of my Chef Race pals – Ronaldo, who made this yummy pumpkin soup, and Pippa who purchased the beast of a squash fated for this bowl when I visited her in Mechanicsburg, PA last week. 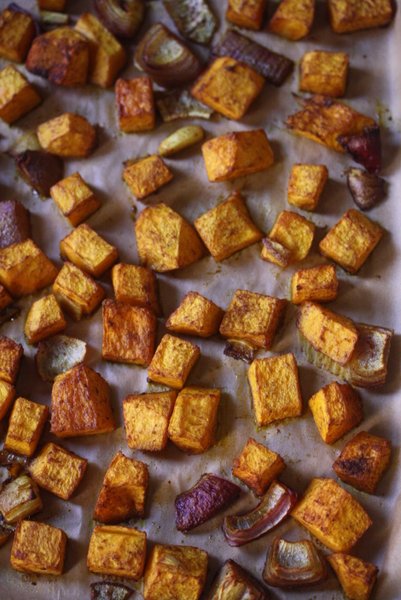 Pip and I had a great time cooking and catching up. We visited a local farm to get our ingredients for dinner, which became a ridonculous veal stew with preserved lemon and 1/4 of this bad boy squash, roasted up in a homemade spice blend. I ate too much and drank to much, which are two things I usually try to do on Thanksgiving itself, and hopefully one tradition I keep alive this year. When I returned the next day, I lugged this squash with me, and then proceeded to eat it all week long in the form of this soup.

Wish me luck as I attempt to make it to the airport on time. I’m sending you all lots of good tasty vibes, and hoping that your holiday is a delicious one.

What are you making? Let me know in the comments! 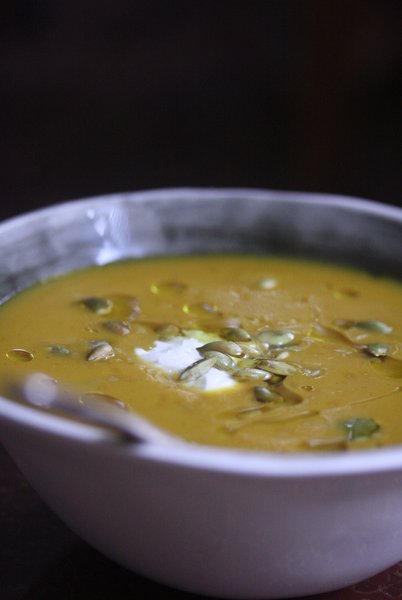 No ratings yet
print recipe
You can use any combination of spices that you like - though, perhaps leave the turmeric as it gives the squash an added punch of color. Ground ginger would be great here, as would ancho chile powder instead of the cayenne.
Author Phoebe Lapine 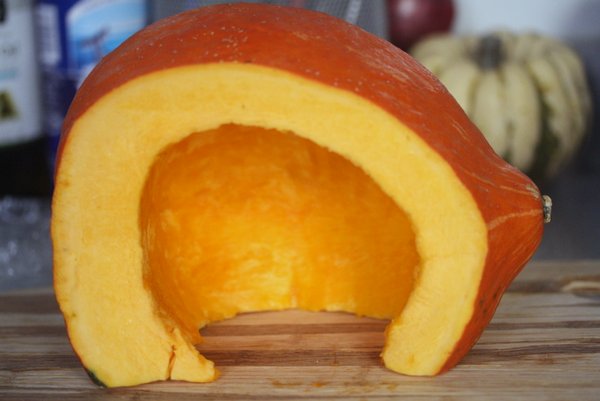 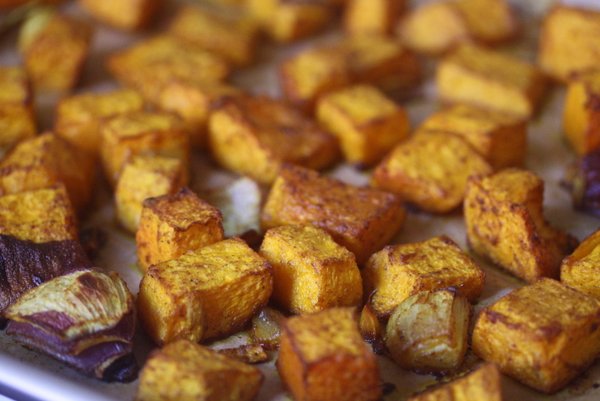 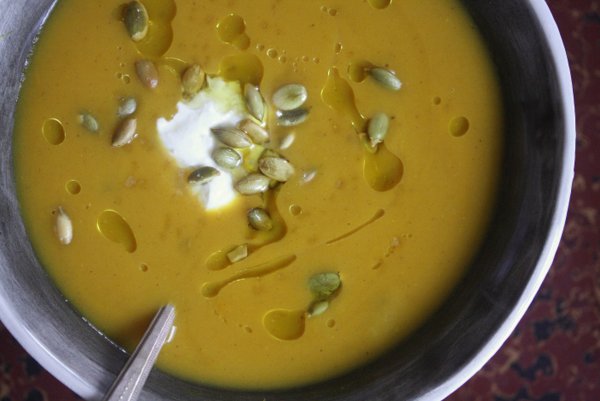 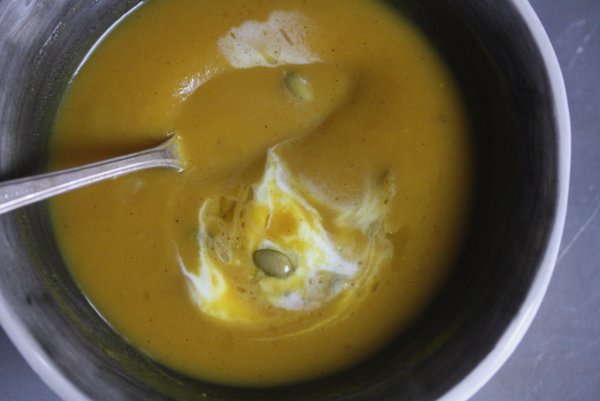 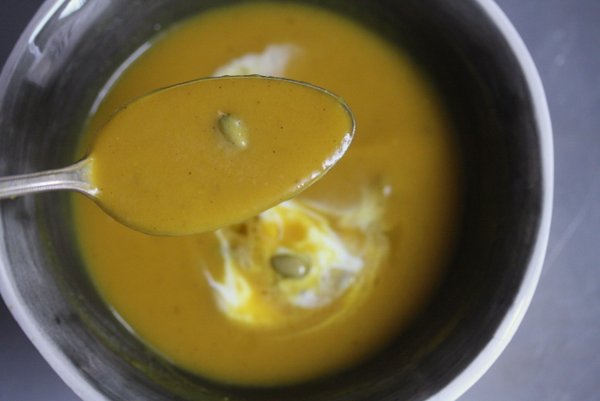