Project elimination diet has forced me to grapple once again with my red meat consumption. 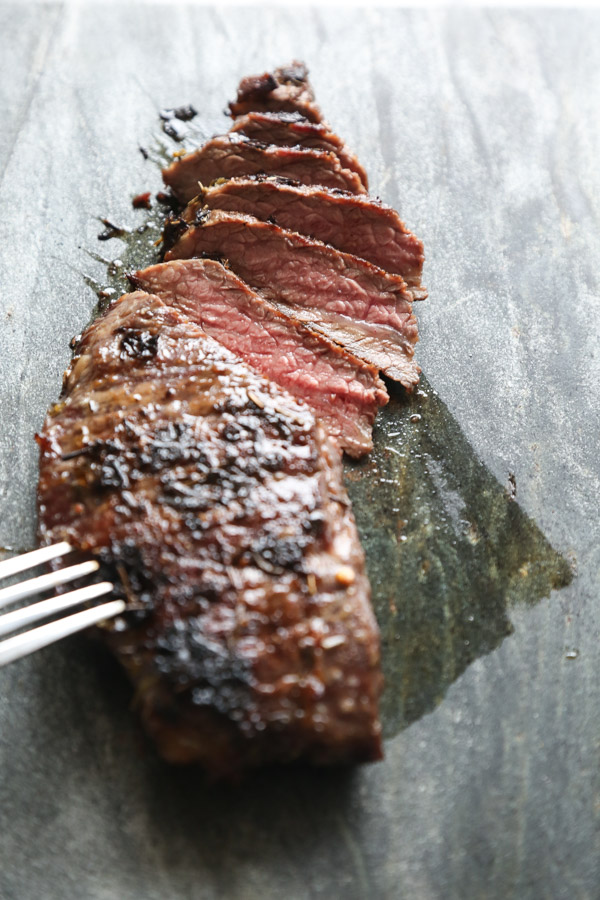 An uptick in carne is the price that many paleo, Whole30 folk have to pay when shifting our carb intakes to other food groups. And price is the operative word. No matter where your beliefs fall on the vegan-paleo continuum, it’s hard to argue that the further you move away from humble plant-based ingredients, the more money tends to get dropped on your grocery bill.

Last week, I shared some tips on Greatist.com for how to be a conscious meat eater without blowing your budget at the supermarket. One of them was to think beyond the filet mignon. And since Valentine’s Day, our star steakhouse holiday, is swiftly approaching, I thought we could do a bit of a deep dive on the subject.

Because there’s nothing romantic about going broke at the butcher counter in the name of love, capiche?

To help me out with some off-menu suggestions, I’ve enlisted the help of badass lady butcher and the author of The Ethical Meat Handbook, Meredith Leigh. 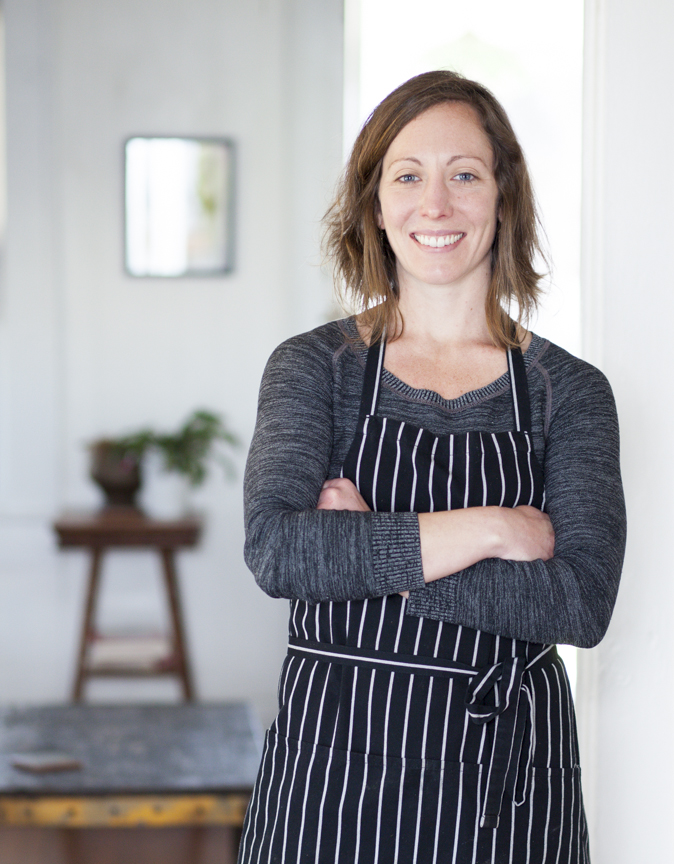 Most conscious meat connoisseurs lament the fact that tenderness has become the highest aim of American consumers. As Meredith explains: muscles like the tenderloin (aka filet mignon) are hardly ever used during the animal’s life, and because of the way muscles work and gather their energy from the body, this means that it also doesn’t have much flavor.

Shifting our values away from tenderness is also one of the first steps to making meat eating more sustainable, says Meredith.

“Once this happens, we will no longer have the incentive to arbitrarily alter the genetics of animals. There will be less waste in processing. The farmer will realize more value from the entire animal product he or she raises. The restaurant chef will have greater creativity and flexibility. The eater will enjoy better, more flavorful, and more nutritious meat. And the list goes on.”

And for some more alternative Valentine’s Day menus ideas, make sure to peruse the archives here.

From one healthy, budget-friendly butcher, to another, 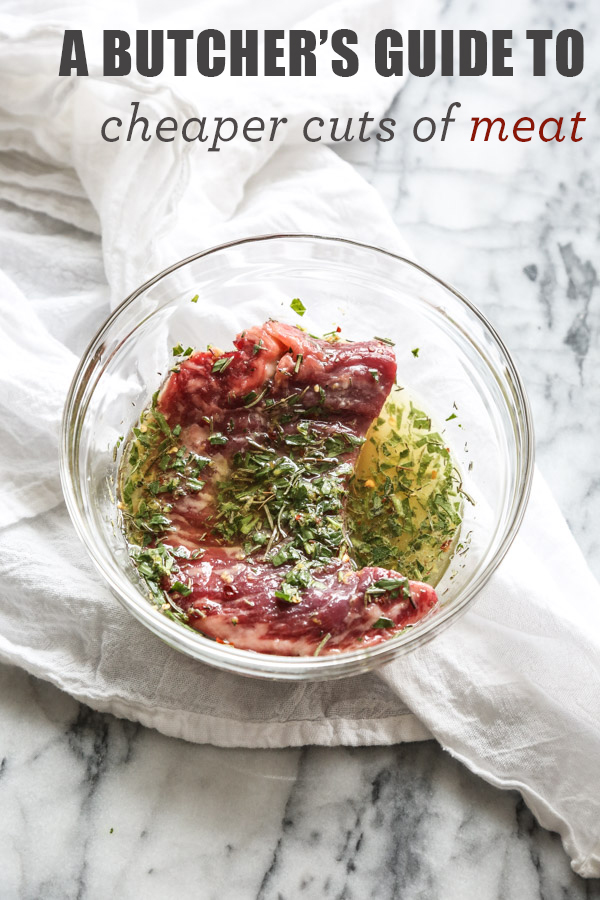 1. Denver steak or underblade steak. This comes from the beef chuck (shoulder), an area typically associated with tougher muscle groups. However, the Denver cut can be seamed out to produce a lovely marbled roast or cut into steaks that can be cooked hot and fast like a Ribeye, at half the price per pound.

2. Chuck Eye Steaks. These come from the chuck roll, also from the shoulder. This cut contains four of the most tender muscles in the animal, including the tip end of the loin muscle (which is the muscle in Ribeye and NY Strip steaks). You can grill, broil, or pan-sear chuck-eye steaks quickly and easily.

3. Coulotte Roast or Coulotte Steaks. From the cap of the sirloin, which is essentially the animal’s hip. I love this cut because it is superficial (meaning that it is exposed on the outside of the carcass) and it picks up flavor and character during the aging process. Sirloin meat, in general, also strikes a really healthy balance in my book between rich flavor and ease in cooking. Coulotte steaks can be grilled just like your favorite high-end steaks.

4. Top Round Cap Steak or Top Round Steaks. This cut comes from the hind leg of the animal, from a muscle also on the outside of the carcass. It is broad and thin, with long muscle fibers, so if you’re in doubt, prepare using a London Broil method. This entails marinating the steaks (I recommend garlic, some kind of vinegar, a pinch of sugar, and a little spice. Plus salt and pepper of course) for at least 1-3 hours and then cooking them hot (grilling, broiling, searing) until they are at least 125 degrees. Slice thin across the grain.

5. Merlot cut. This is a pretty obscure cut but I adore it. It is from the heel of the hind leg, literally right above the achilles tendon. It takes a skilled butcher to remove it from the sinewy, tough muscles around it, and it is not a huge portion. But, it is extremely flavorful and can be seared to medium-rare for a quick, delicious, and reasonably sized portion.

Are you thinking beyond the filet for your steakhouse Valentine’s Day meal? If so, let me know all your meat-related queries in the comments section!