If you tuned into the podcast yesterday, then the beans have already been spilled: SIBO Made Simple is going to be a BOOK! 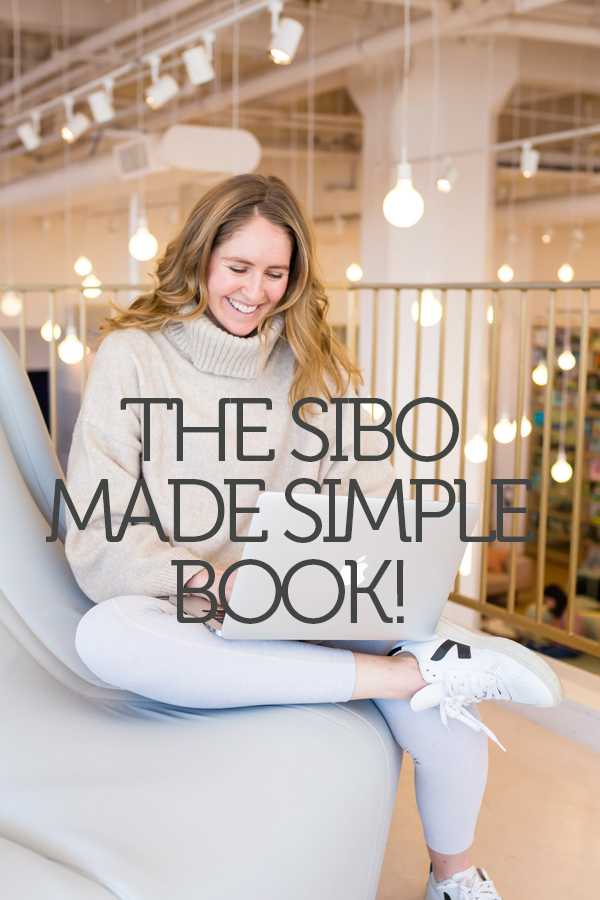 Even though I’ve been secretly plugging away at the new manuscript since March, it’s still incredibly surreal to me that I’ll soon have a third book out in the world. Although, book years are more on par with dog years, so “soon” is relative. You’ll likely not see the low FODMAP fruits of my labor on shelves until early 2021.

BUT I wanted to tell you all sooner rather than later for two reasons. First, I’ll be shooting the photography for the first series of recipes in a matter of weeks. Which means, I’ve spent the last two months working at break-neck pace to get all the recipes tested and ready. This might explain why there haven’t been as many new recipes around here lately. It’s for a good cause, I swear!

Second, I would love for you to get involved. More on that below. But first, I’d love to tell you a little about how the book will take shape.

What you can expect from the SIBO Made Simple Book

Since I started writing about SIBO last year (in 2018), the response has been overwhelming. My SIBO posts have become the most trafficked areas of my site. They are also the subject of dozens of emails that I receive from you weekly.

Your craving for more information led me to start the podcast. And when I did, I knew I also wanted another medium to repackage and digest the takeaways. So I began working on a proposal last fall, which went out to publishers earlier this year. By end of February, I had signed with De Capo Lifelong, who is a dream partner for this project.

The book itself will be a hybrid—one part patient expert’s guide to overcoming SIBO, one part cookbook with over 80 recipes. The informational chunk will distill and dive deeper into some of the topics we’ve discussed on the podcast. Like The Wellness Project, there will be plenty of Healthy Hedonist Tips to pick and choose from to design the SIBO recovery adventure that is right for you.

It will truly be a one-of-a-kind toolkit that sufferers will be using as a resource for years to come.

As for the recipes, they will be 100 percent low FODMAP, but also be labeled by various other SIBO diets like the bi-phasic, GAPS or SIBO Specific Food Guide. Unlike many low FODMAP books out there, I’ll also be creating recipes that fit within my idea of an anti-inflammatory diet, with the goal being overall gut healing rather than just kill-level restriction.

Lastly, each recipe will have additional notes on ways you can use them going forward after you’ve reintroduced some higher FODMAP ingredients back into your life, with the ultimate goal being to get you eating as diverse a diet as possible in the long term with small incremental steps.

So far I’ve been having a BLAST creating and testing these recipes. I’ve also seen first-hand how much better I feel while eating them. Since returning from Scotland, Charlie and I have been sharing most of our meals at home in the form of these recipes and both of our guts have never felt better.

How you can get involved

Before handing in the final manuscript in November, I will be taking on a small group of SIBO Made Simple Ambassadors / Amigos. As part of the group, your only responsibility will be to test at least 3 recipes from the book at some point this summer.

It’s not a requirement that you have SIBO, though a general interest in gut health and the subject of the book is preferable, as there will also be a Facebook group for people to compare notes and allow me to pick your brain on book subjects.

If you’re interested in becoming part of the SIBO Made Simple team, you can fill out a quick application here. I will be keeping the group small, so apologies in advance if you’re not chosen. It will be nothing personal, I promise! Just a matter of assembling as diverse a group as possible.

As always, I’m tremendously grateful for all of your invaluable feedback and support over the last year. More so than any other past project, I’m really making this one for YOU. So please feel free to write in below with any requests or topics you’re most in need of resources for. At the very least, I’ll try to cover it in a future podcast episode so you have something to chew on before 2021!