I shouldn’t brag about having made this dish on Valentine’s Day. Because if I’m being honest, it reminds me of an ex-boyfriend who ate mostly white and pink foods off the kids’ menu, for whom penne alla vodka might as well have been a major food group. 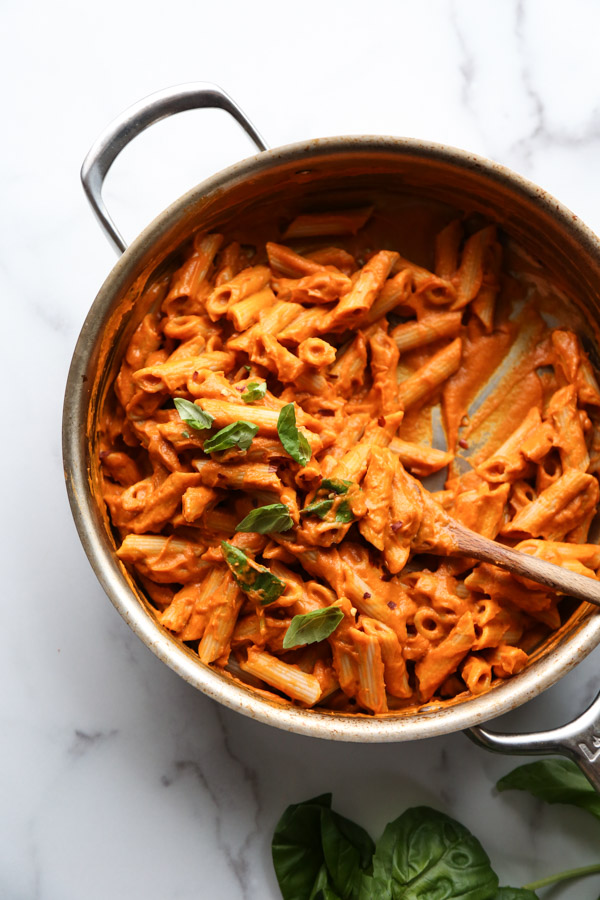 He had other wonderful qualities, but being my co-pilot in taste was not one of them. So in a sense, this lightened up vegan penne alla vodka does remind me of my current love and how grateful I am to be with a fellow adventurous eater. 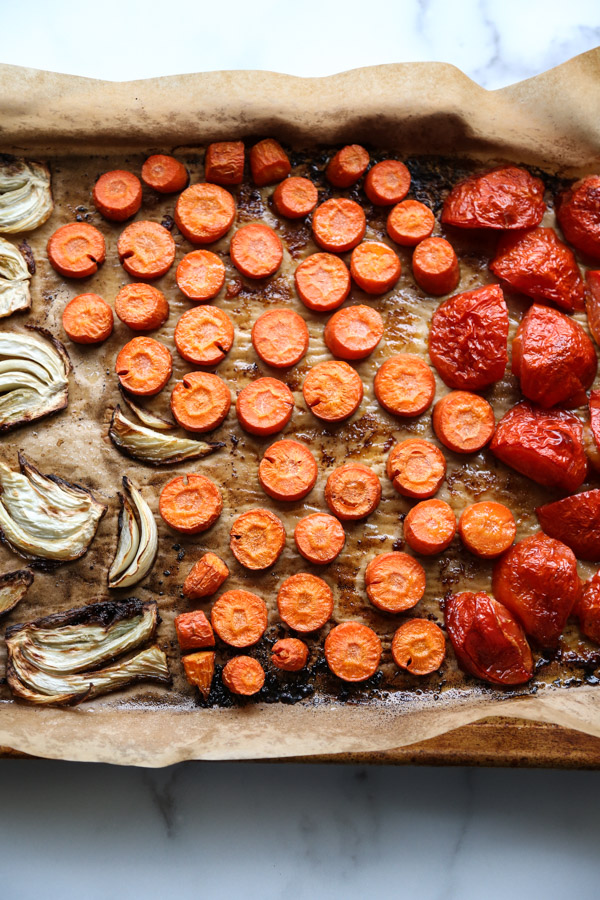 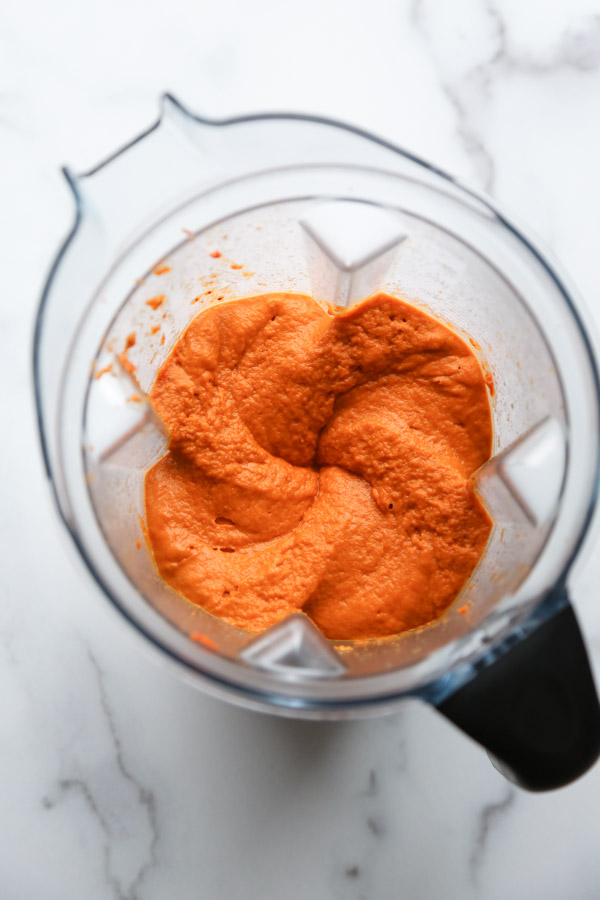 Sure, there may have been a time when Charlie would have vastly preferred the dose of heavy cream and cubed chicken, and was more than willing to pay the consequences at the end of the night. But he also continuously surprises me, this meatless year being no different.

You might not be able to tell from the photos but this plant-based vodka sauce has absolutely no milk, cream or thickener—not even of the nut or coco variety! It also has far less tomatoes than usual, which makes it a great option for those sensitive to acid or nightshades. What gives the sauce that gorgeous reddish-orange hue and a hint of sweetness are roasted carrots and fennel. 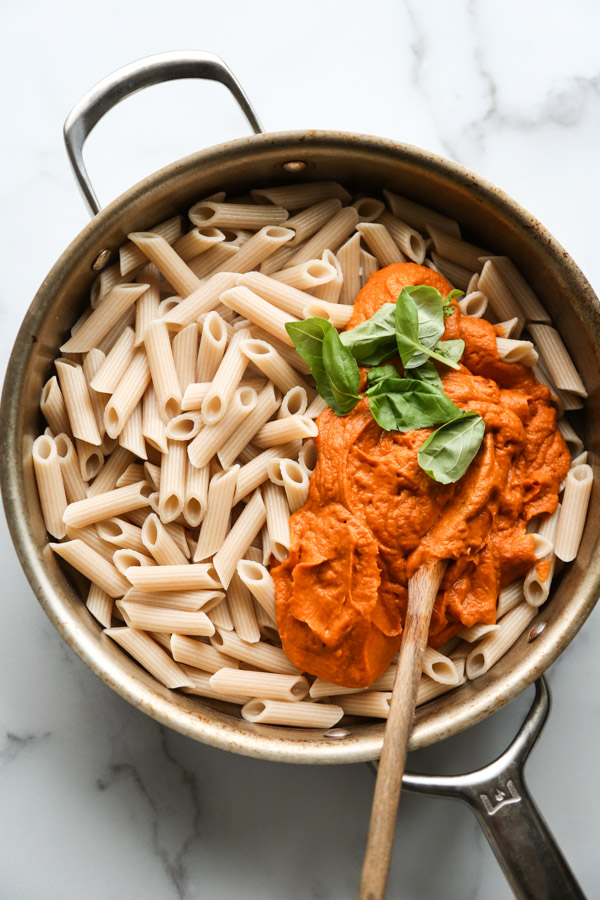 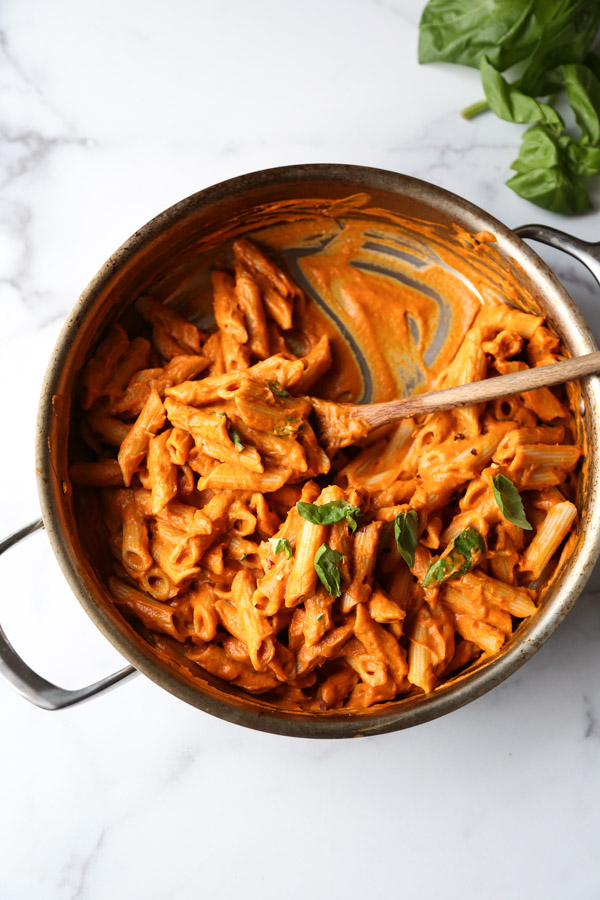 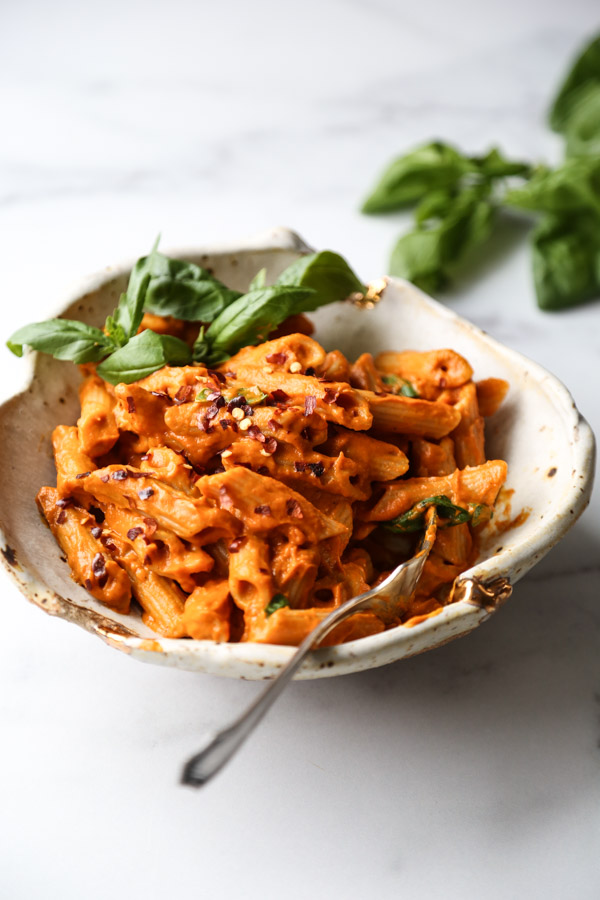 You throw this trio on a sheet pan and let them caramelize in the oven, then transfer them to a blender along with some veggie stock or water. The resulting sauce is thick, velvety and totally luscious. If you’re not Low FODMAP, you can add a little garlic or shallot to the roasting process, but I love the simplicity of this recipe and how many nutrients are packed into the sauce.

I’d like to say that this version is so good, my ex would never even know it’s not his usual penne alla vodka. But we both know that is probably untrue, and the exact reason why I’ve happily traded up in both the pasta and love department. 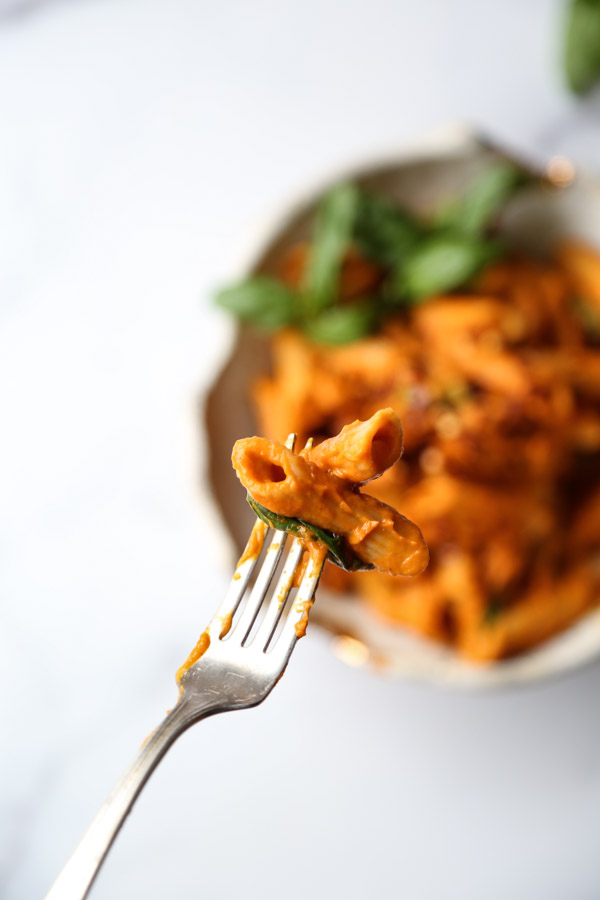 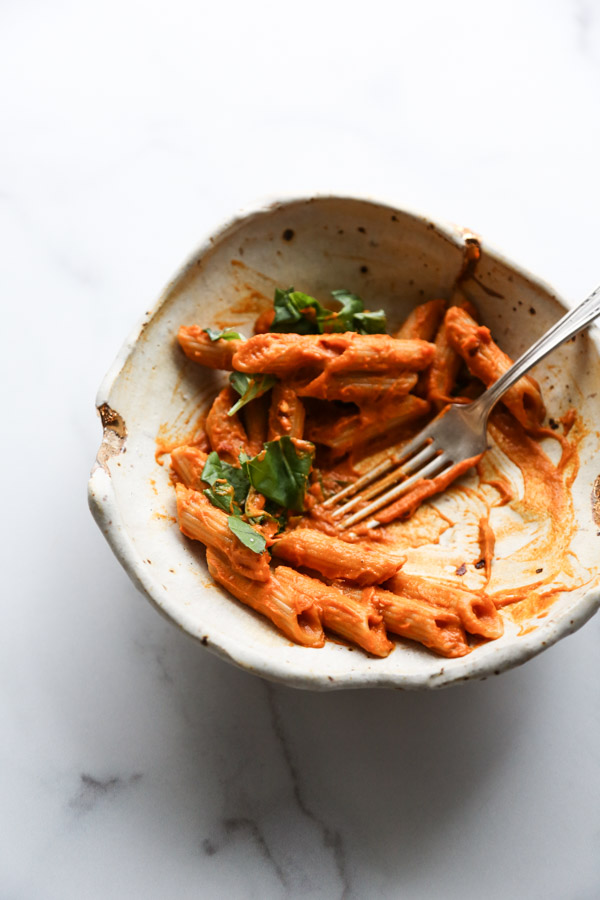 Read on for the recipe for this healthy vegan penne alla vodka sauce. 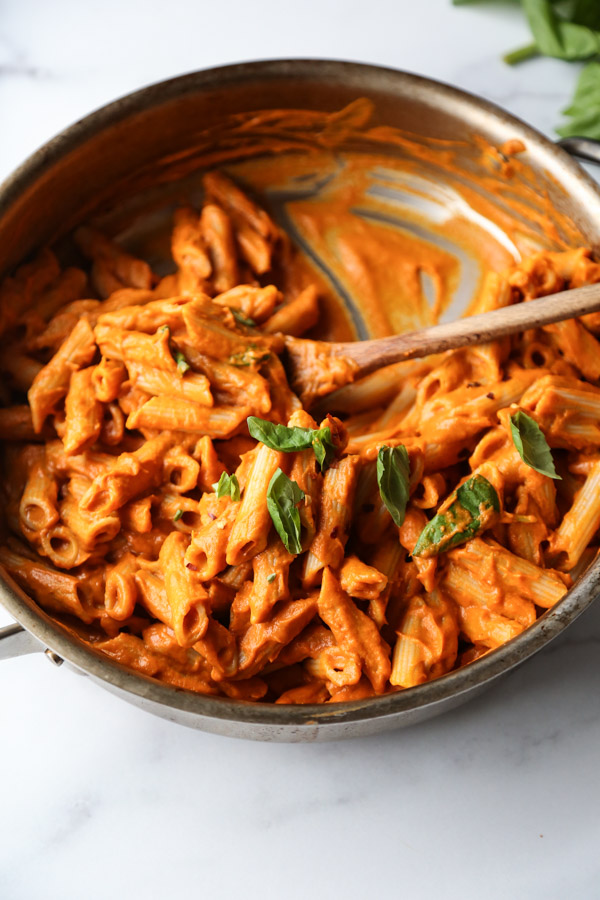 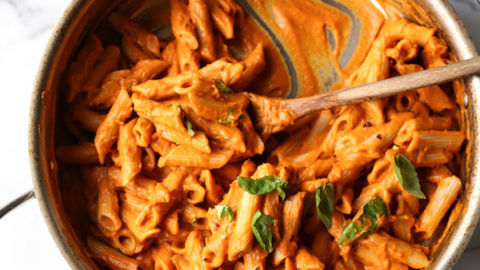 5 from 7 votes
print recipe
This lightened up version of penne alla vodka uses roasted carrots, tomatoes and fennel to create a super flavorful, creamy sauce without any added cream or thickener. It’s vegan, gluten-free, dairy-free and packed with nutrients. It’s also made to be low FODMAP. Feel free to add shallot or garlic to the sauce if you can tolerate it.
Prep Time 10 minutes
Cook Time 40 minutes
Servings 4
Author Phoebe Lapine

If you make this, tag @phoebelapine and #feedmephoebe - I'd love to see it!
848 shares