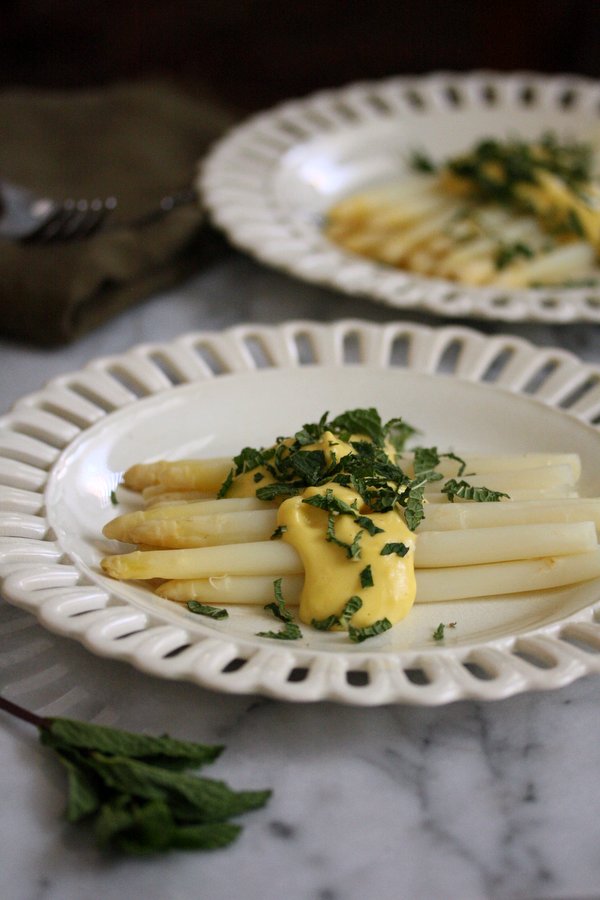 If I had gotten my act together sooner, this white asparagus recipe would have hit your small screens last week in time for Easter. But it’s taken me a few minutes to catch up on life after my solitary month at the writer’s colony. Sadly this involved whipping up loads of laundry, instead of whipping egg yolks all over my kitchen, like my usual glamorous food blogging self.

But now that my underwear has been folded and the dishwasher I accidentally forgot to run before I left has been demolded, I’m back in action.

This simple white asparagus recipe with sabayon sauce is great for spring in general. But the reason why I thought of it for this past weekend is because of my maternal grandma, who hosted the only Easter egg hunts of my childhood. She may have been responsible for more than one of my cousins returning home with poison ivy, but she was also the source of many hazard-free food memories. 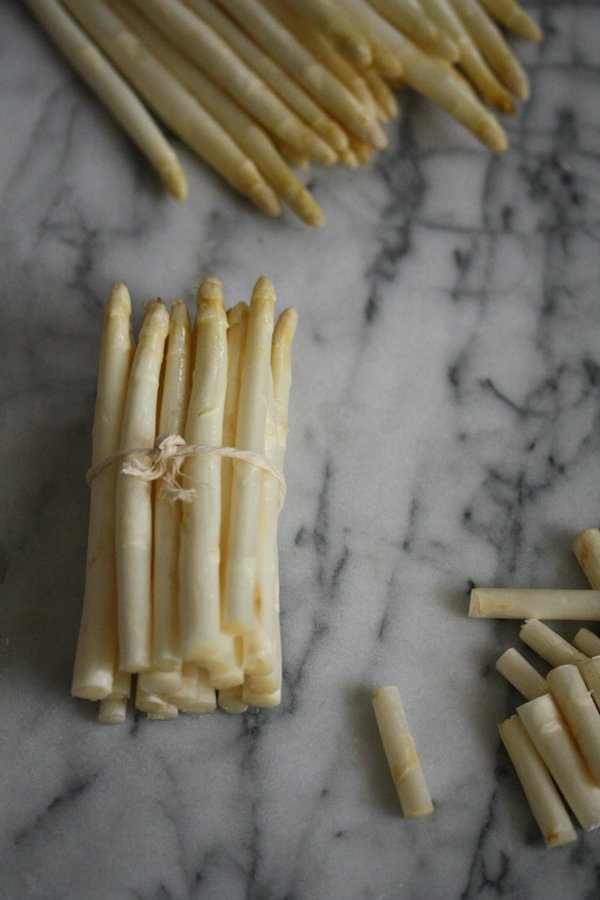 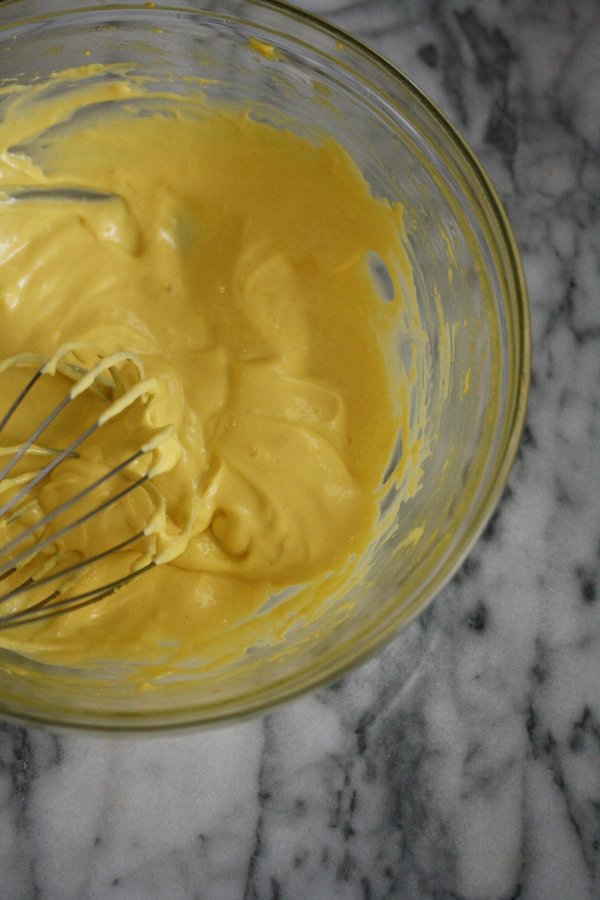 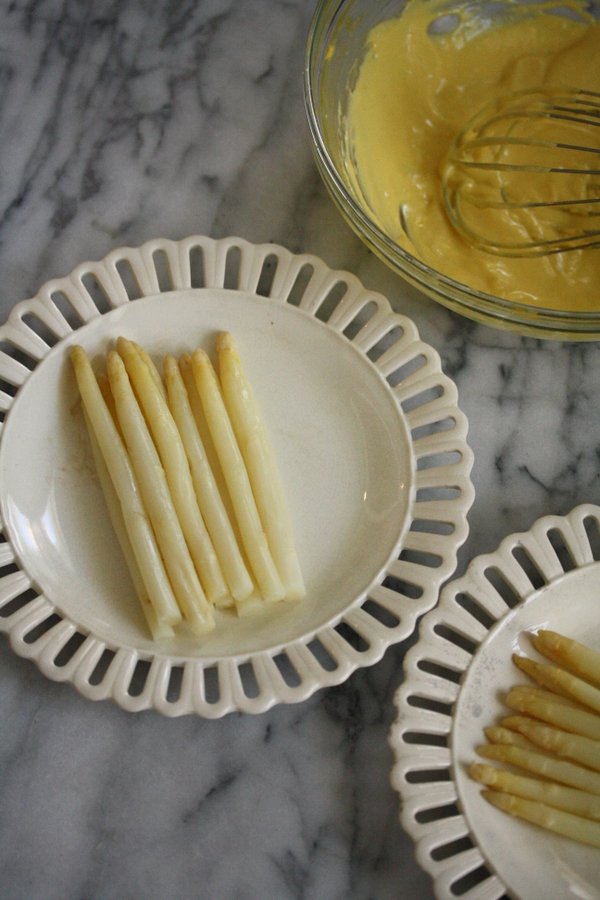 Grandma Adelaide didn’t cook many things. But being a self-respecting Francophile WASP, over the years she learned how to make a mean hollandaise sauce.

Like most recipes involving raw egg yolks and butter, this classic “mother sauce” is thought to be both tricky to execute and unhealthy to consume. So naturally I’ve been wanting to tackle both sides of that coin for a while.

As far as the intimidation factor goes, you should know that I’m notorious for scrambling eggs on the stove when the end result is not meant to be served next to bacon. Eggnog has been an on-going struggle. I once had to shoot a how-to video on this cocktail and failed at my own advice 3 times on camera. Let’s just say someone had to run out for more milk, and I had to drink a lot of the final batch to sooth my embarrassment.

But I knew if my grandmother could make hollandaise sauce, then it couldn’t be so bad. And not just because she didn’t cook much. The key piece of information here is that she happened to be handicapped from the waist down. 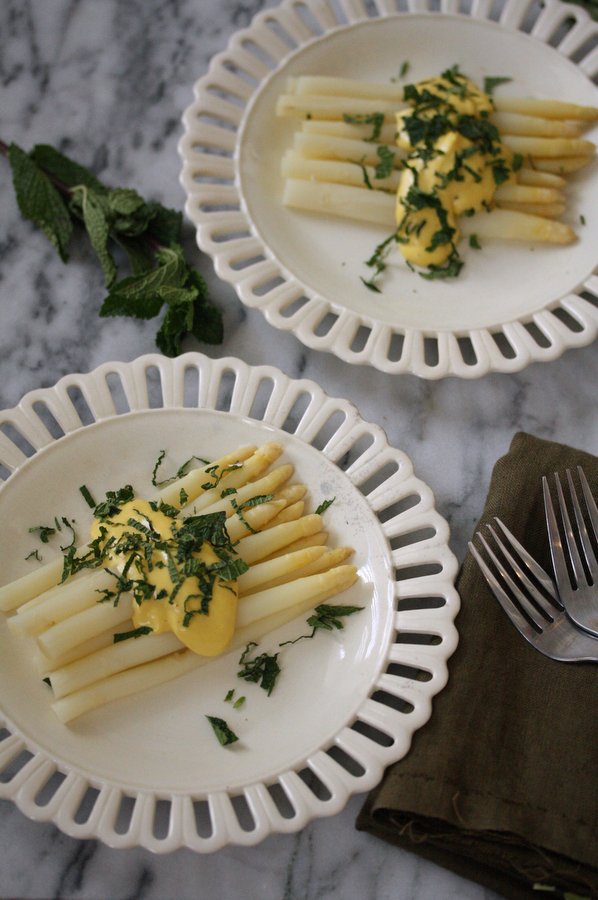 At age 26, my grandma contracted polio and lost the use of both legs. Luckily, she was born with a magical predisposition for stubbornness, and this compelled her to not only learn how to beat egg yolks in a double boiler, but also to operate a motor vehicle without the use of these essential motor skills. You can now see why whisking hollandaise while balancing on crutches was only minimally terrifying. If in her 80’s the family had been able to keep her in the kitchen and off the road, it would have been a huge win. (FYI stubbornness is genetic.)

So all that considered, if she was still around, my grandma would probably think I was a little bit of a pussy for not having tried hollandaise sauce. But when I was thinking of delicious toppings for the pretty little bunches of asparagus what have been cropping up at the market, I settled on an emotional compromise: sabayon.

Instead of just thickening the egg yolks on their own, sabayon sauce uses liquid at the base – usually wine, as the Italians do in their sweet version, zabaglione. I heard that this might make it easier for the egg to thicken without curdling, and also, because of the acid, help emulsify the fat once added off the heat. I also heard it was common to vary the add-ins with olive oil, instead of butter, which allowed me to check that other healthy hedonist box. 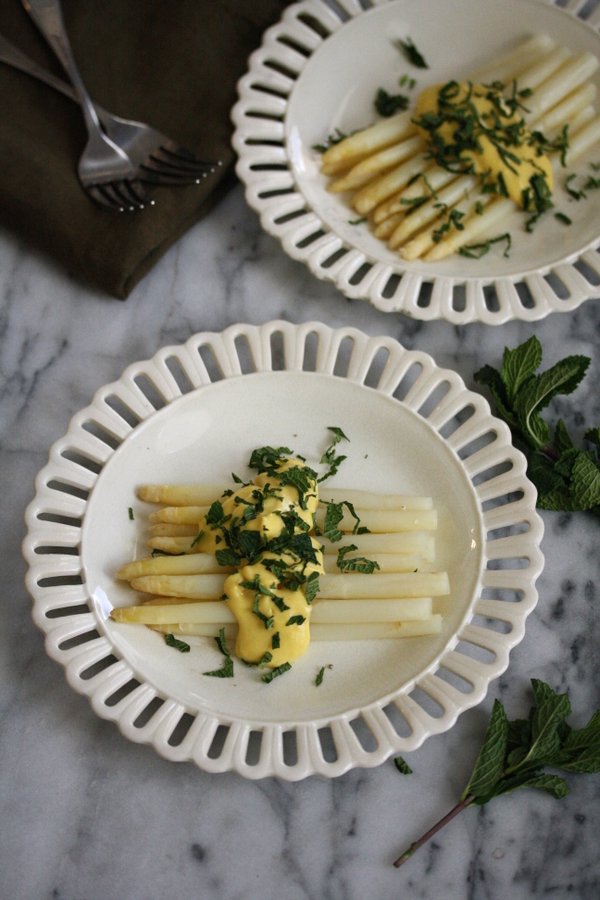 Luckily, this weary traveler whipped her eggs into shape on the first try—and with only one minor splatter, thanks to a fat whisk, little bowl situation. The end result was tart and tangy like a mayonnaise, but with the airiness and body of my grandmother’s old French standby. She would have been proud.

If you’ve never had a wedding registry, chances are you do not own a double boiler (high five, friends). Instead, you can just set a bowl over a pot of boiling water. Make sure it fits snugly, but that the bottom isn’t actually touching the water. I used the same pot to cook my asparagus and then just poured out a smidge of water, before bringing it back to a boil.

I topped my simple steamed white asparagus with a heaping spoonful of sabayon and some fresh mint. If you have chives around, throw some in for good measure. And if you want to embrace your own latent Francophile waspiness, try a little tarragon, which will be reminiscent of a similarly prepared and equally intimidating mother sauce: béarnaise.

I hope you all had a wonderful Easter, and if you embraced your inner bunny, I hope that at least your sugar high didn’t involve any poison ivy. 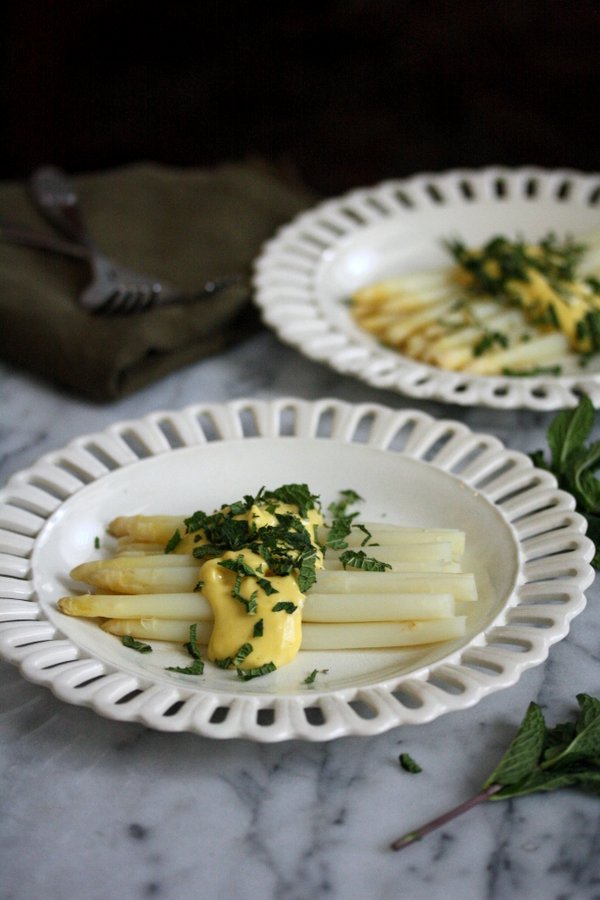 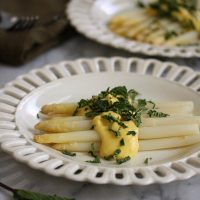 If you make this, tag @phoebelapine and #feedmephoebe - I'd love to see it!
49 shares