This post is sponsored by the Culinary Collective, makers of the artisan ingredients behind this Spanish Paella Recipe. As with all opinions on this site, I only give my endorsement when genuine. Thank you for supporting the brands that make this site possible! 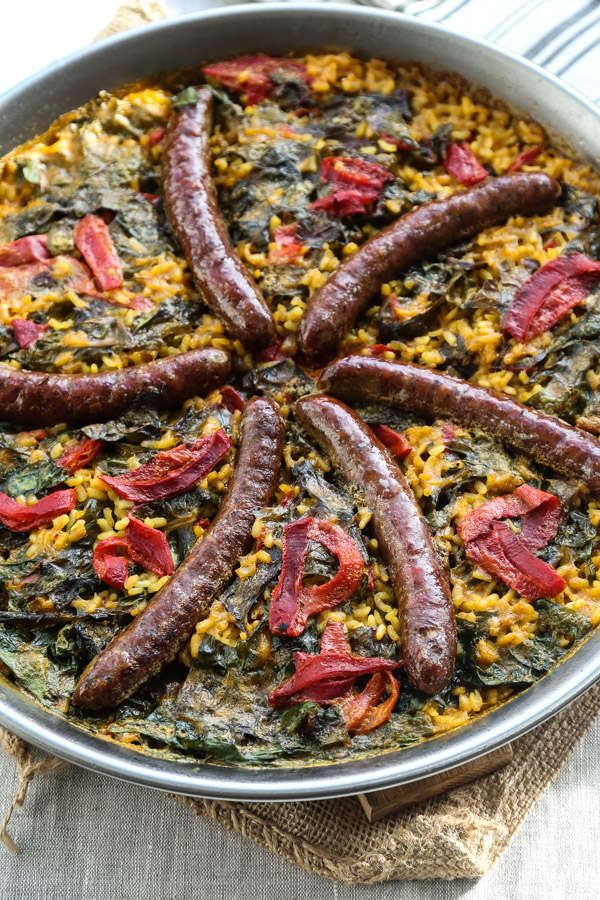 When it comes to entertaining big groups, I’m just as guilty as the next home cook of falling back on a few go-to’s. If I’m feeling festive, there’s the casual fish taco buffet, which I served at our first dinner party at the new DUMBO apartment. If I’m feeling like a hands-off evening, the cozy winter chicken tagine. And if I want to be a little bit of a shameless show-off, some variation of this classic Spanish paella recipe.

I don’t always earn the most brownie points for ethnic authenticity on this site (just take last week’s tikka masalafied meatballs, for example). And in the paella department I’ve been known to get waylaid by fanciful additions (like roasted butternut squash and baked eggs), which make my path to a traditional dish slightly less direct. I probably shouldn’t even mention the time I did away with the rice altogether. Craaazy. 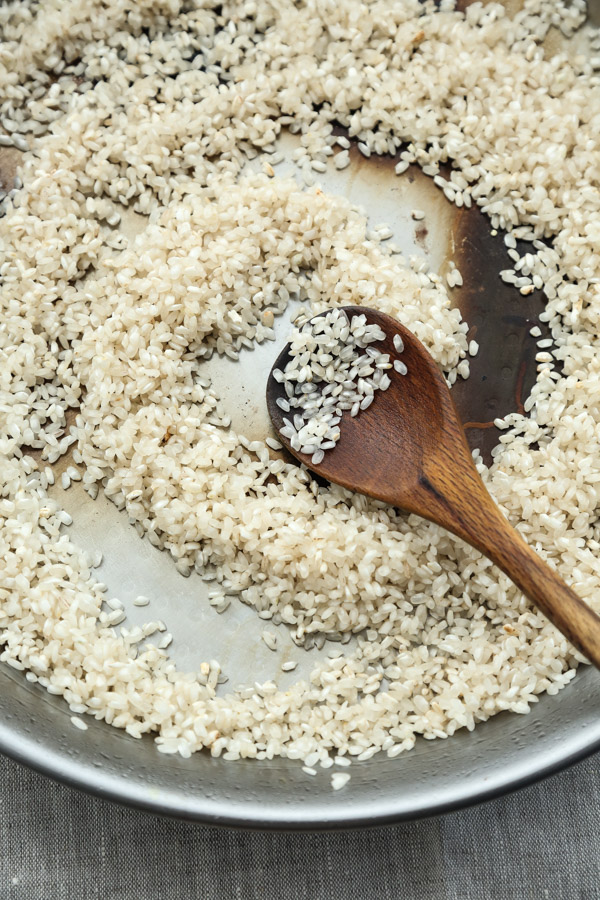 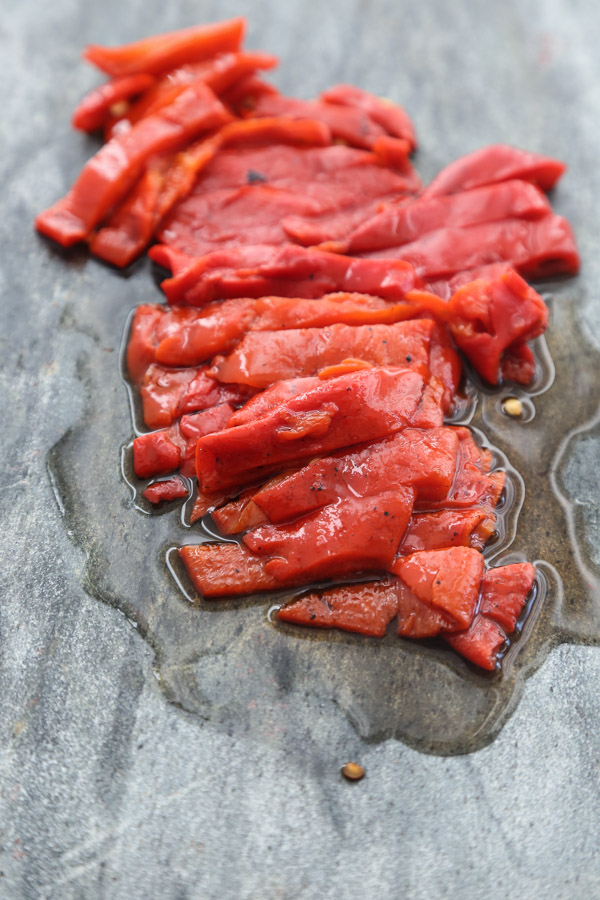 Even when I do use it, the rice itself is one of the elements that has always held my paellas back from true Spanish excellence. Instead of using authentic paella rice, I usually just dig into my jar of Arborio, which is the Italian grain that’s used for making risotto. The two dishes share a lot of similarities, the most basic of which being that they scare the pants off of many fledgling cooks, even though they’re not that difficult.

The rice itself has a similar build: short, plump, and starchy. But paella rice is especially adept at absorbing large amounts of liquid. Like in a risotto recipe, you sauté it in a mixture of aromatics (called a sofrito) to get it a little toasty before slowly simmering it in broth. And that sofrito and broth are two more places where I tend to stray.

This recipe takes a few shortcuts, but manages to nail the authenticity on both of these fronts with the help of one badass product: Aneto Paella Base. 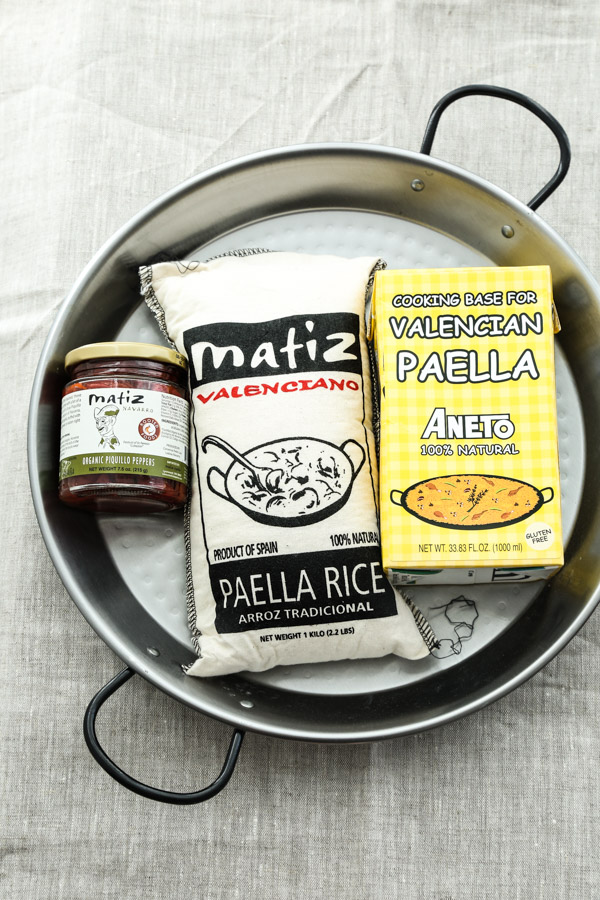 I’m certainly no Sandra Lee, but there are still some packaged items that are worth their weight in semi-homemade gold. And when said items have the power to shave hours off your cooking time, make your dish ten times more delicious than it ever could have been AND make your paella something a Valencian grandmother would proudly serve. Well, this shameless show-off sees no shame in that.

The broth combines three labor intensive layers of flavor into one. First, the sofrito (a mix of slow-cooked peppers, onions, and garlic). Then, the stock, which is simmered for over two hours with rabbit, duck, ferraura beans, and snails. You know, just the usual stuff.

It also includes the requisite Valencian dose of saffron. This stuff is pricey, so I usually get around it by using turmeric to mimic the color. 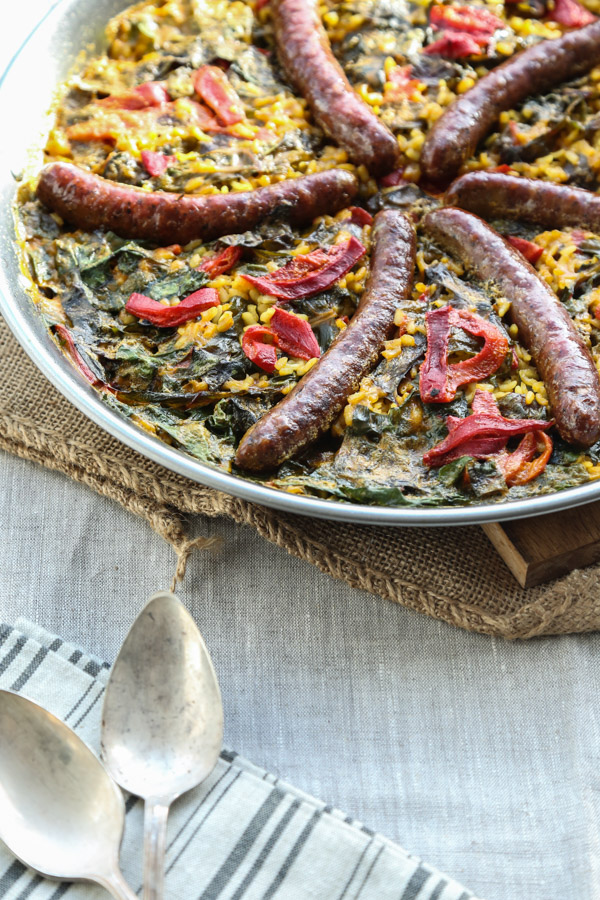 The Aneto Paella Base found its way into my kitchen via the Culinary Collective, a Spanish gourmet foods importer. In celebration of National Paella Day on March 27th, they sent me an authentic paella kit, including Matiz Paella Rice, Organic Piquillo Peppers, and this dope paella pan, a serious show-off vehicle if I ever saw one.

These bad boys could be yours too! Just scroll down to the end of the post for giveaway instructions on how to enter to win a paella kit of your own. 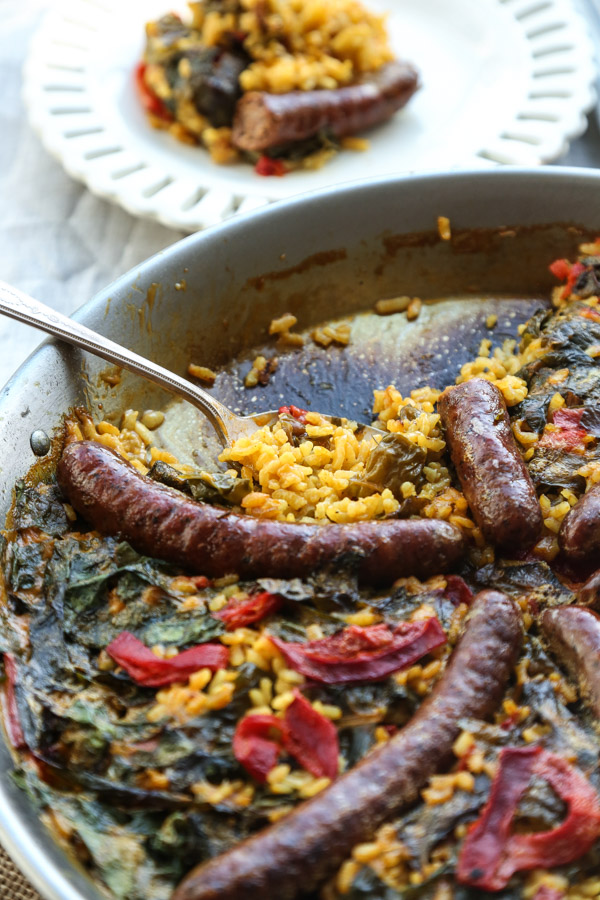 But before we get to that, now that I’ve laid out all these authentic elements of my Saffron Spanish Paella Recipe, I must now also discuss the fanciful ways in which I deviated from tradition. Instead of choosing some surf and turf as the toppings, I decided to just use lamb merguez. This Moroccan sausage is packed with flavor and lends some of its own spices from across the Straight of Gibraltar to the rice. And because a healthy comfort food is not complete without a little bit of green, the paella simmers away with some silky, tender rainbow chard.

If you’re looking for a show-stopping main to impress your friends, this Saffron Paella (with a little help from some store bought friends) could not be easier. I’ve included some notes in the recipe on how to do the whole thing from scratch, snails and rabbits not withstanding. But if you want to be a low maintenance paella machine, enter to win a kit of your own below!

From one healthy, paella-making hedonist, to another, 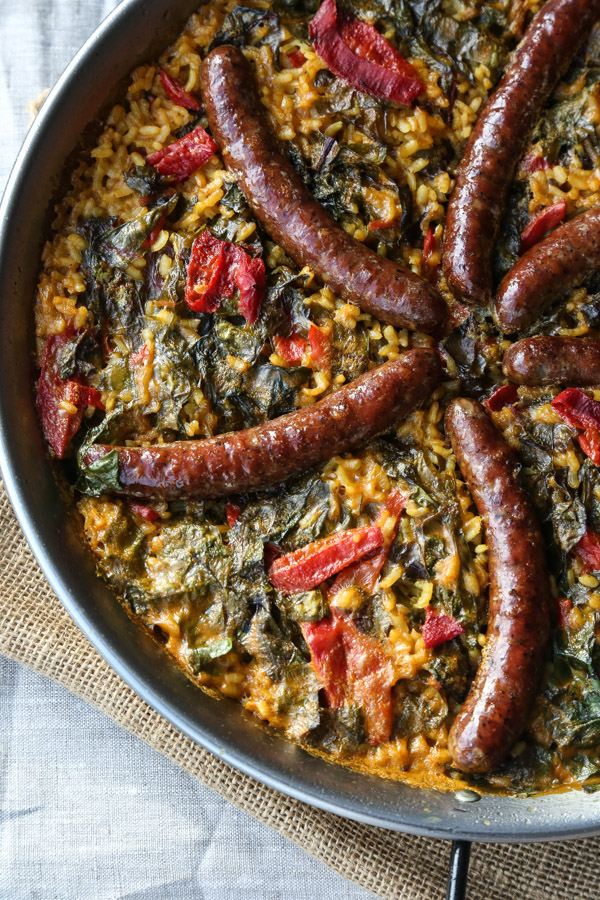 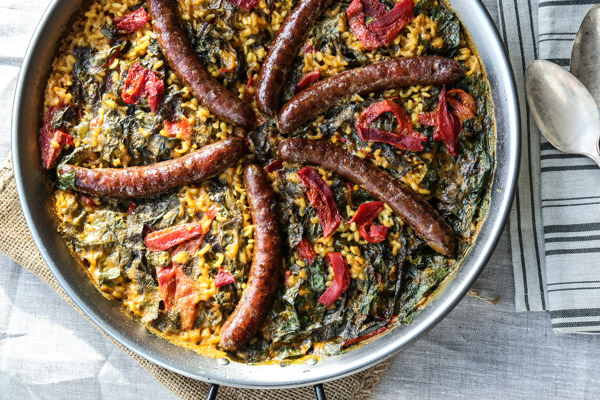 If you don’t have access to the paella base, simply sauté 1 diced onion and 2 garlic cloves until soft prior to adding the rice. Then add 1 quart of saffron broth. To make, combine 4 cups hot water or chicken broth with a few threads of saffron and allow to steep for ten minutes, until orange.

If you make this, tag @phoebelapine and #feedmephoebe - I'd love to see it!
16 shares