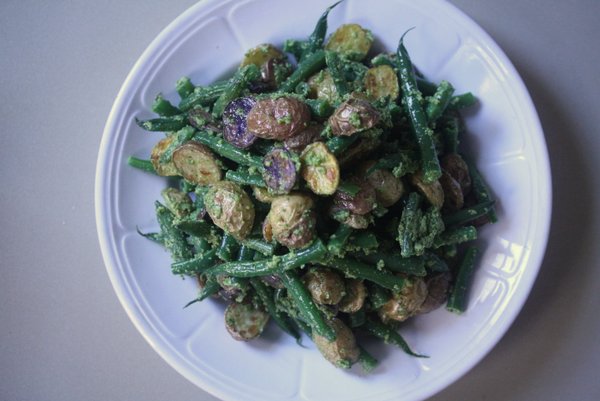 It’s been a while since I’ve had friends over for dinner. Sure, while I was holed up recovering from Chef Race on Martha’s Vineyard I helped my parents entertain some friends. But my little studio in Chelsea has not seen a lot of love lately. And my couch is getting pretty sick of bearing witness to me eating leftovers while watching DVR-ed episodes of Fashion Police.

My friends Whitney and Sophie were supposed to come over last week for a little cozy weeknight supper. I woke up the morning of feeling not-so-stellar. But I thought if I bought the groceries and took a little afternoon cat nap that my immune system would prevail. Not so.

I could sense that even my couch didn’t want to be anywhere near me. So I canceled dinner, and hunkered down with some of this tea, which Whitney had given me as a housewarming gift, and went to sleep for 15 hours.

The cold proved to be an even bigger bitch than I expected, and by the weekend, I still wanted to do nothing but sleep. I had to work both days, which at least got me out of the house. But I couldn’t face a Saturday night out. I ended up making a pot of lentil soup and a healthy salad out of some leftovers in my fridge: green beans, almond-chive pesto, and roasted potatoes, set over a bed of lemon-marinated kale. I’ve played around with this type of salad, using different versions of the pesto, and adding walnuts or pepitas to the top. Really, you can’t go wrong.

I invited over my friends Sarah and Dave to make me feel like less of a loser, and to give me a reason to empty the trashcans overflowing with tissues. You don’t really need to be recovering from illness to enjoy this salad, nor do you need to share it with friends. But if you can’t breath through your nose, it’s always helpful to have some folks on hand to tell you that what you’re eating is in fact delicious. 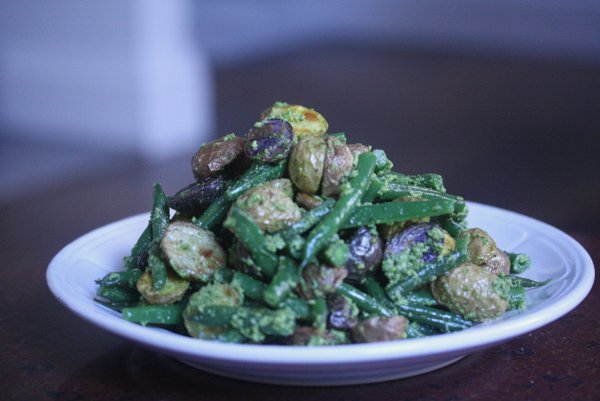 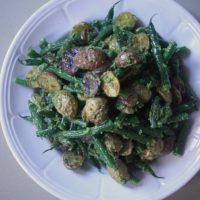 Print Recipe
I like to add as much color as possible to my salads. feel free to use a combination of blue, red, and white potatoes, and a mix of green beans and wax beans to create a really diverse array of shades and textures.
Author Phoebe Lapine 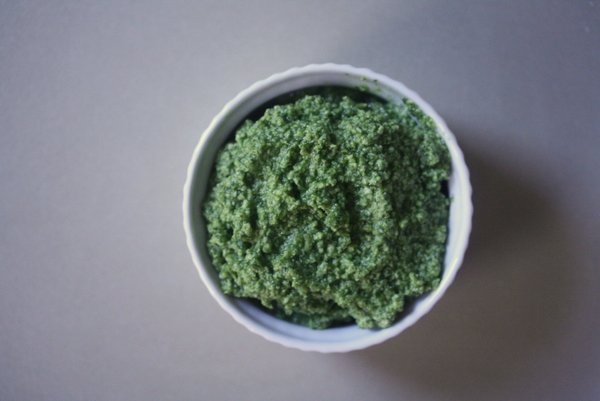 This post is brought to you, along with many other fabulous potato recipes, as part of Food Network Summerfest. Check out the other participating sites below!