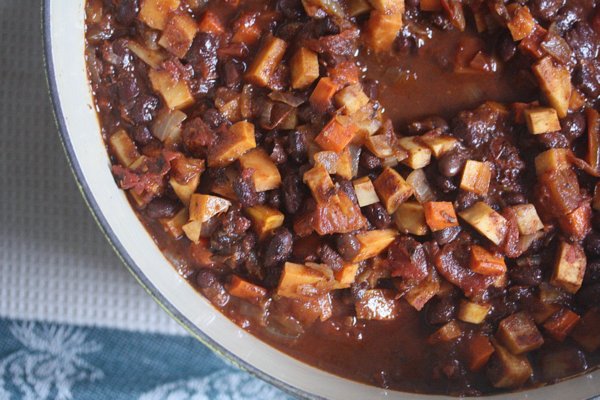 Last night I made my teary exit from Chef Race. But luckily, there were more important things going on in the world, and though I had to stay up til 2am to get the good news, America did not make me cry twice!

I couldn’t be prouder of our country, and I truly believe, as the president said, that the best for America is still to come. I spent so much time this summer running around states I’d never been to and meeting so many generous, kind people. I know it sounds cheesy giving this much credit to a reality TV show, but if there’s one thing I am most grateful for, it’s that filming Chef Race allowed me to feel much more in touch with the heartland of my country and the people who live there (even if they voted for Romney). 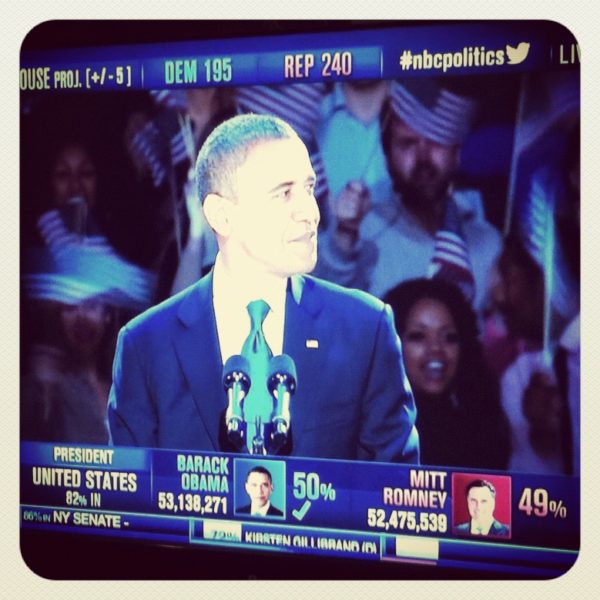 I made this root vegetable chili for the first viewing party of episode 1 and 2 of Chef Race. It was just me and the girls, a big pot, some cornbread, and a lot of wine. And though it was weird to see myself on the small screen for the first extended period of time, and to see how what we lived through had been edited together, it was such a fun way to spend an evening.

So the second thing I’m grateful to Chef Race for is breaking me out of my social funk! Tuesdays have been a source of dread, but also something I’ve very much looked forward to. It was an excuse to open up my small studio to my friends and spend some quality time with them at the beginning of each week. I’ll certainly still be watching, but I might have to find a replacement weekly tradition to force people to come hang out with me. Sometimes the promise of a roast chicken is not enough!

A big cheers our president. I’ll be following his lead – Onwards! 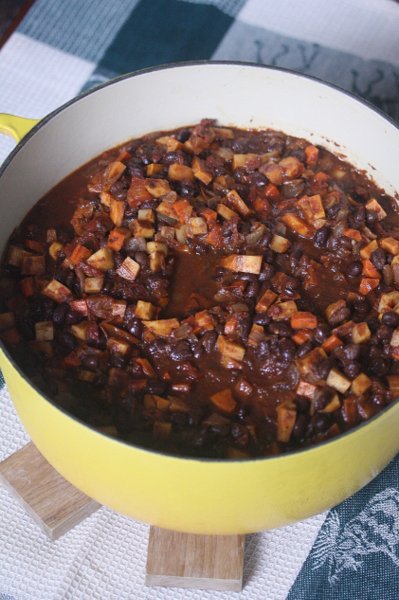 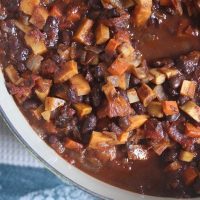 Print Recipe
This chili is the perfect earthy blend of sweet and spicy. If you want to get even more rich flavor out of the vegetables, roast them until they are nice and caramelized and then add them to the stew. You'll cut down on your stove-top cook time, and the extra step is worth it. If you can't find chile negro any mild dried chili will work here.
Prep Time 25 minutes
Cook Time 35 minutes
Total Time 1 hour
Servings 6 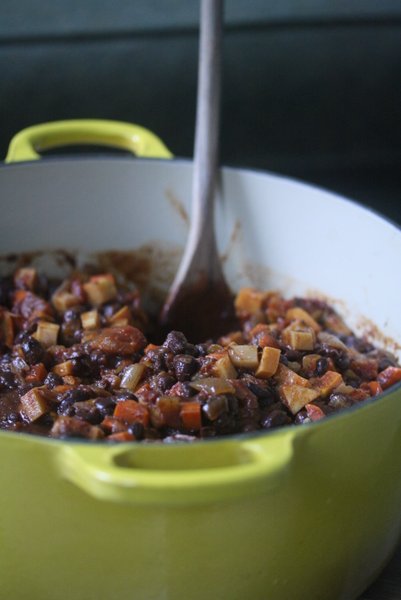