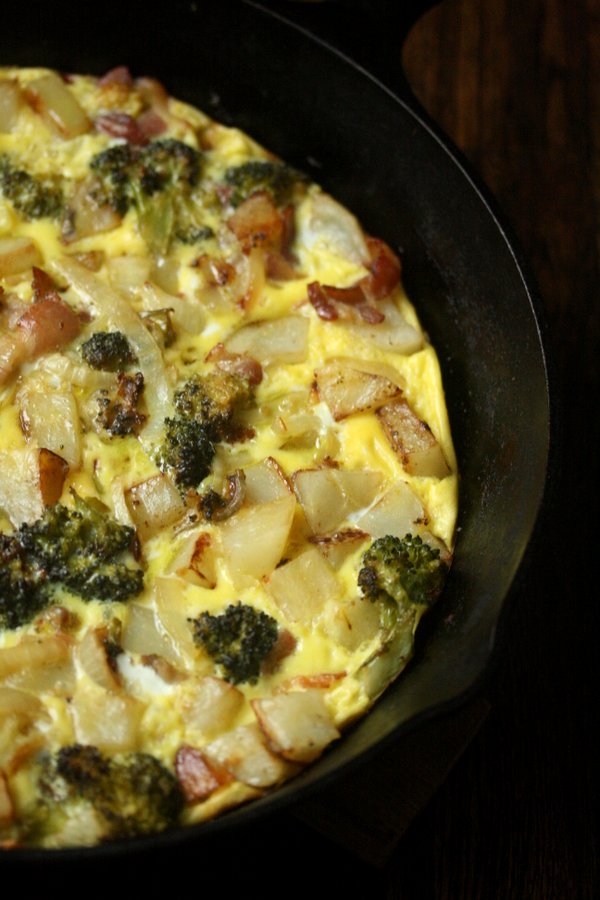 It’s been a long time since I developed a frittata recipe, which is strange, since it was one of the first things my mother taught me how to make. This might have been her latent yenta kicking in. A frittata was the first thing she made my father. It wasn’t exactly on purpose – more of an act of cooking resourcefulness in a bachelor kitchen that reeked of desperation. But she still made an effort to pass along this key to a man’s heart. And though I would never dream of making a frittata on a first cooking date, you could say that it was a useful gateway dish – one that would lead me to other less humble meals and give me the skills to woo the opposite sex through their stomachs. If only she hadn’t also passed along fierce independence and feminism, I might just make a nice domestic companion. Ah well! 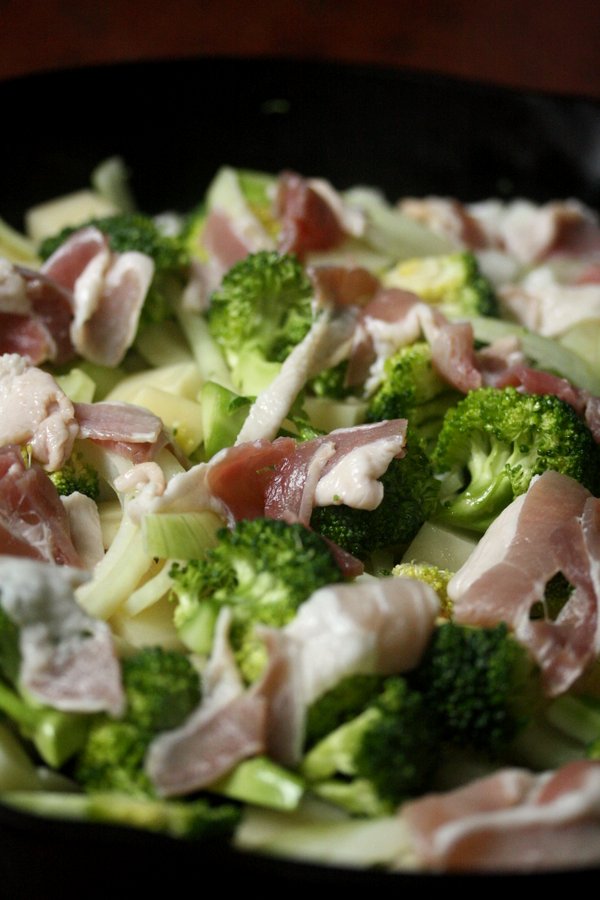 While I had originally intended on elaborating on these frittata memories, I’m going to instead talk about broccoli. There was a very interesting article in T Magazine yesterday about how advertising agencies can apply lessons from big processed food brands to making healthier products more appealing to the mass consumer. The author proposed a hypothetical campaign on behalf of broccoli and had one of the big agencies come up with a strategy that would be within the budget of a mid-tier produce alliance. The article was really interesting in terms of what messages to avoid – that despite perception on the coasts, boasting wellness is not going to make most Americans want to eat vegetables instead of potato chips. 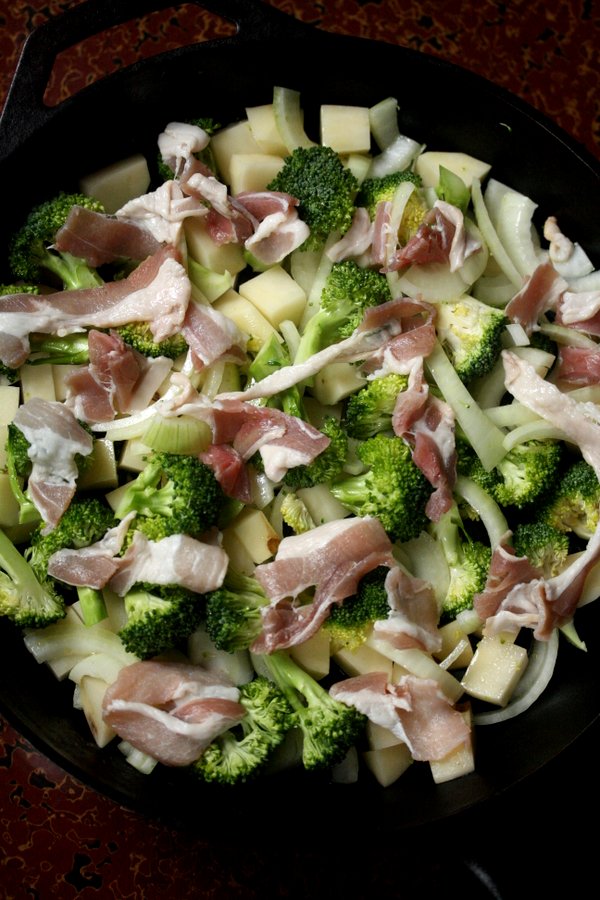 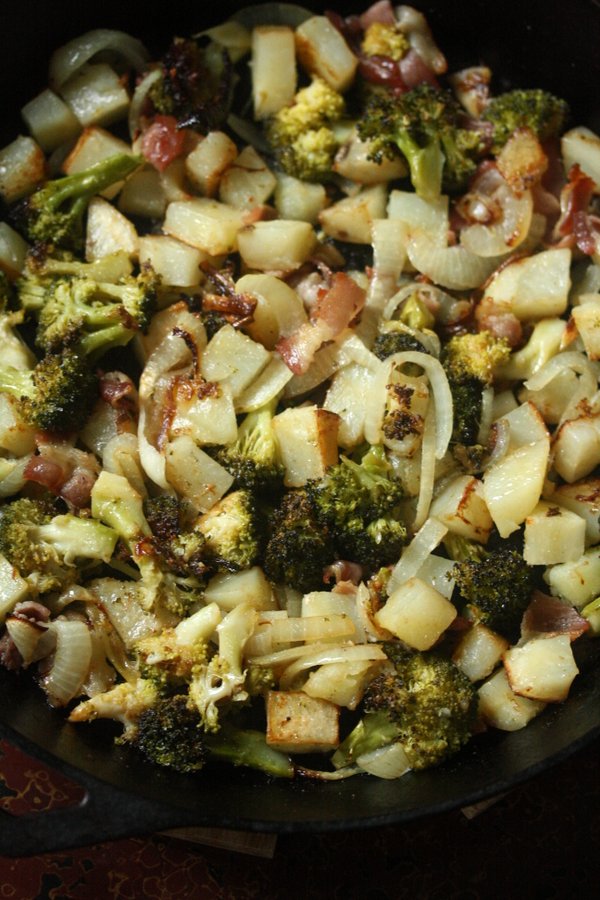 But regardless of my pseudo-intellectual findings, the most surprising thing I learned was that people hate broccoli. What…? Maybe it’s because I grew up in a health freak household (where the frittatas were often made with soy cheese), but I was an early and enthusiastic adopter of broccoli. And since broccoli cheddar soup and casseroles are such widely searched recipe terms, I just assumed that meant the rest of America liked it too, albeit underneath a mountain of cheese.

This realization came at an interesting time, as I had this frittata with broccoli and bacon already slated for today. As many of you know, my motto is to eat a lot of good with a little bad. So perhaps I subconsciously knew that if I did a broccoli recipe, if not a mountain of cheese (like in these quesadillas or this mac n’ cheese), I’d better pair it with something equally appealing and sinful…something like bacon. 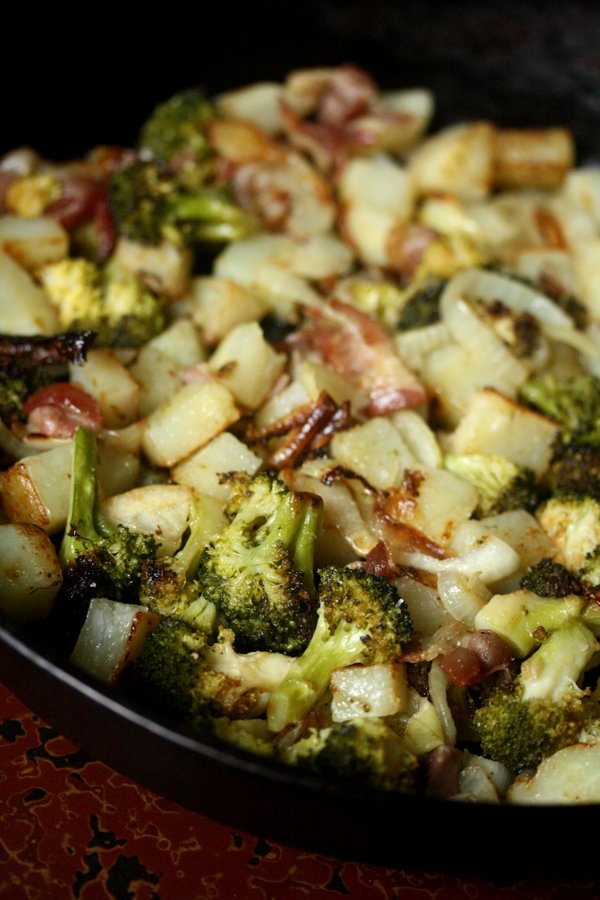 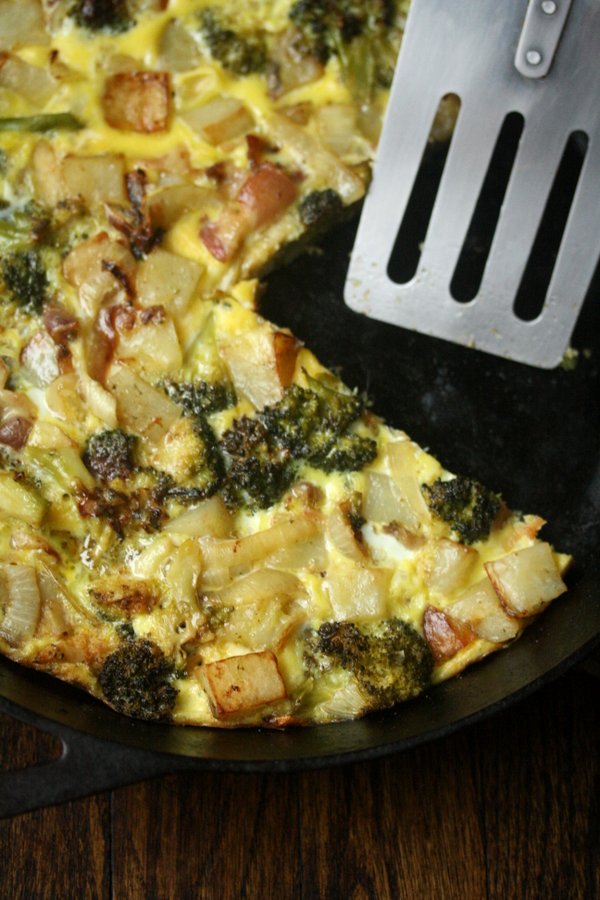 The second twist of fate occurred yesterday, about 1 hour after reading the article, while shopping at Whole Foods for a private class. I was supposed to teach cumin-roasted cauliflower, but it being Sunday, the market was completely picked over and there were no heads left in the produce aisle. My immediate replacement instinct pointed me towards broccoli. And despite my new-found paranoia, I decided to get it anyway. Lo and behold, the two men in the group would not touch it.I guess I still need to work on my own selling tactics when it comes to broccoli. But in the meantime, I hope pairing it with more widely accepted breakfast ingredients – bacon, potatoes, and eggs – will be enough reason to get the skeptics at your table to try a slice. And if the frittata alone is not enough to woo the men in your life, you can cover his half with that requisite mountain of cheese, as my mother surely did 30 years ago, broccoli or not. 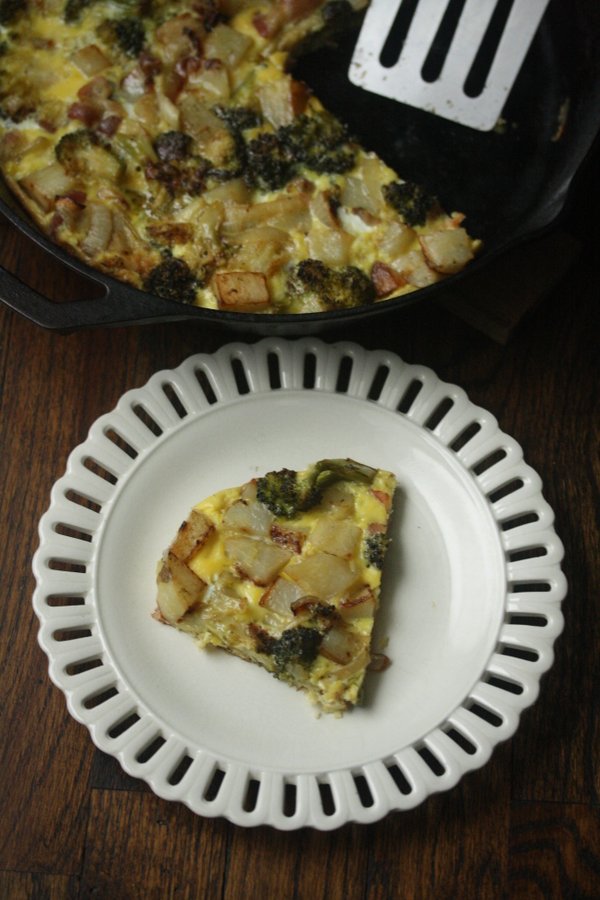 Frittata with Potatoes, Bacon, and Broccoli 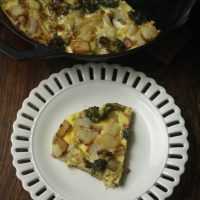 If you make this, tag @phoebelapine and #feedmephoebe - I'd love to see it!
78shares