About a year ago, Charlie started experimenting in the kitchen with gluten-free pancake mix. This lead to a new brunch tradition, a lot of extra airtime on my Instagram stories, and the inevitable title of The Pancake Man. 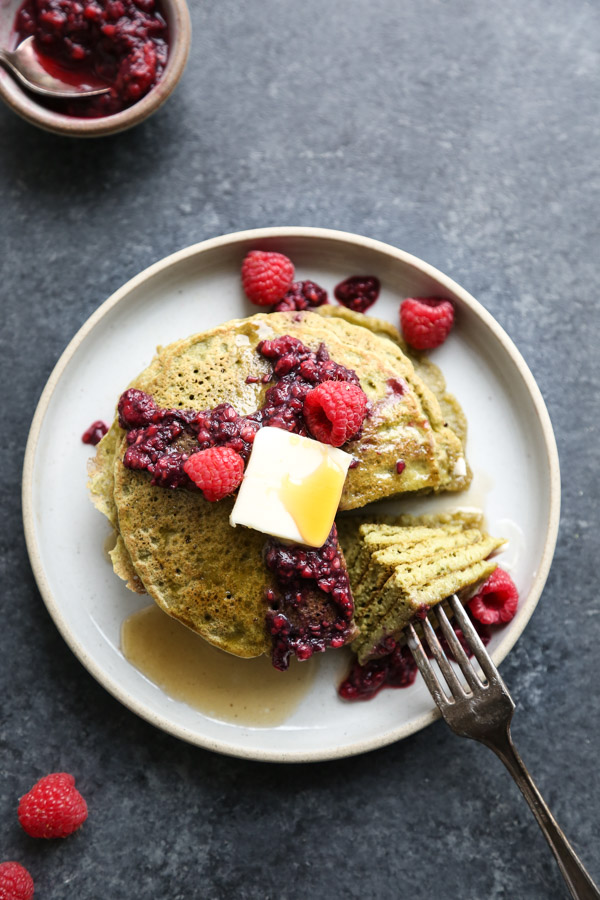 I’ve been asked several times if that’s what Charlie does for a living…make pancakes. The answer is no. Though since he became self-employed nine months ago, his rate of breakfast production has risen sharply. Pancakes, however, are something he only does on Sundays. And he makes a decent living in kisses for his efforts.

As you know, I try not to guzzle maple syrup, or any added sugar, on a regular basis. At first, a weekly pancake session felt too indulgent. The healthy side of my personality became a little resentful of the hedonist on my shoulder, and a little paranoid about what the man egging her on would think of the extra maple syrup pimples on my face thanks to his insistence on dessert for breakfast. 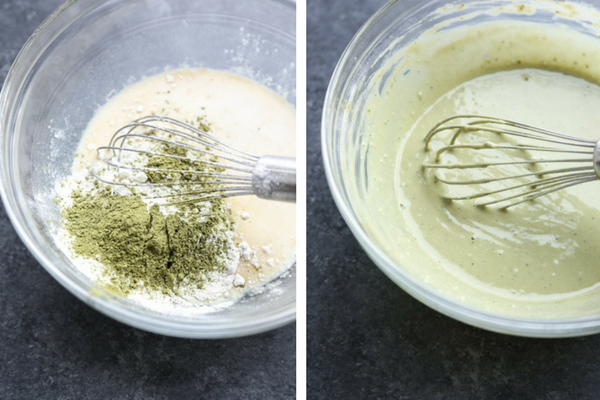 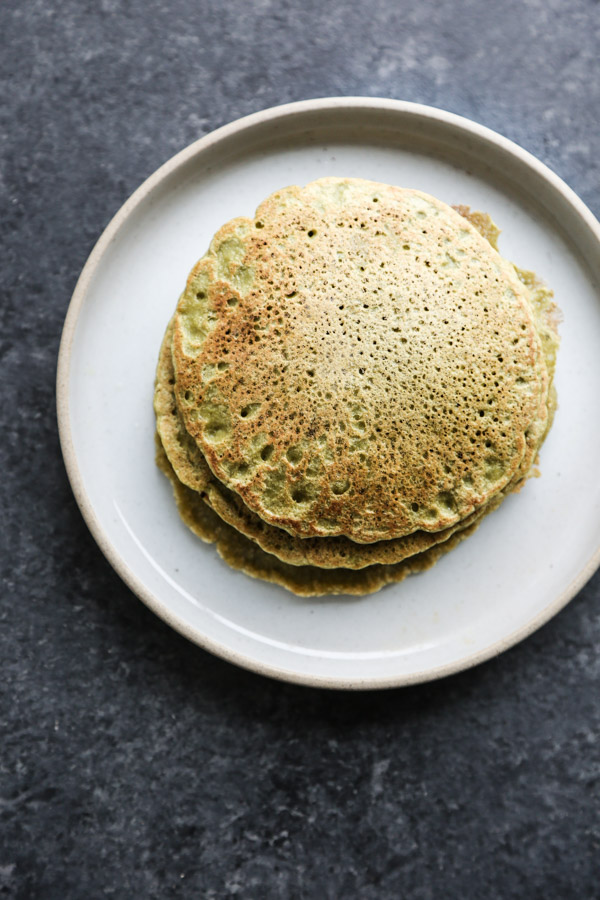 This, my friends, is a classic case of healthy hedonist schizophrenia. The kind of questioning that I tried to cure myself of during The Wellness Project. It’s also the kind of questioning, I realize, that never really goes away because it reminds me of my values. These internal conversations, when I get out of them alive, help tame my perfectionism and flex the “chill” muscle that combat stress and leads to greater pancake-filled happiness.

Charlie’s gluten-free pancakes are delicious, decadent, and usually the size of my face. More importantly, they make him feel extremely happy and fulfilled in other areas besides his tummy, as any good side hustle should. As a rather domineering force in the kitchen, I’m happy he’s carved out some space for himself in this room, and a few maple syrup pimples seems like a very small price to pay for that kind of equilibrium and creative expression. 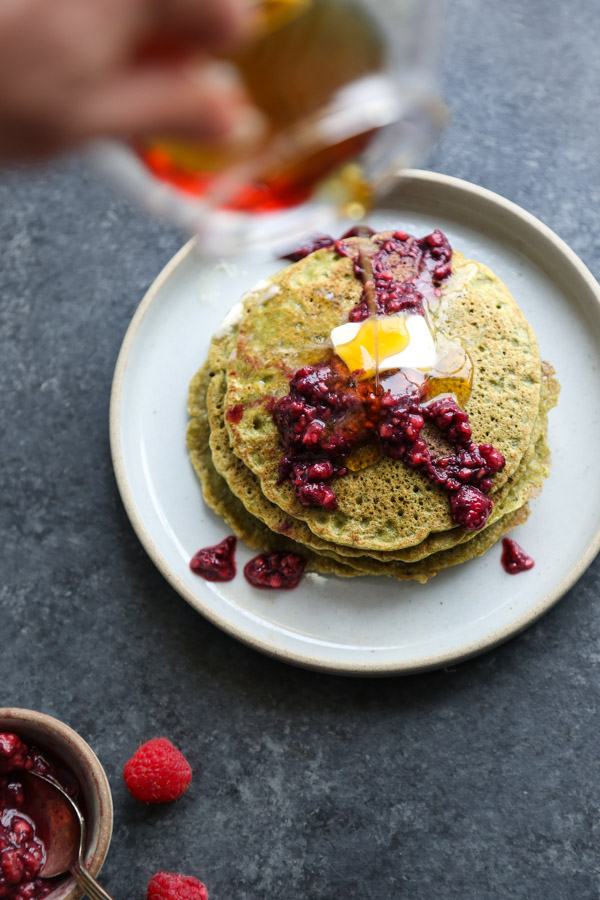 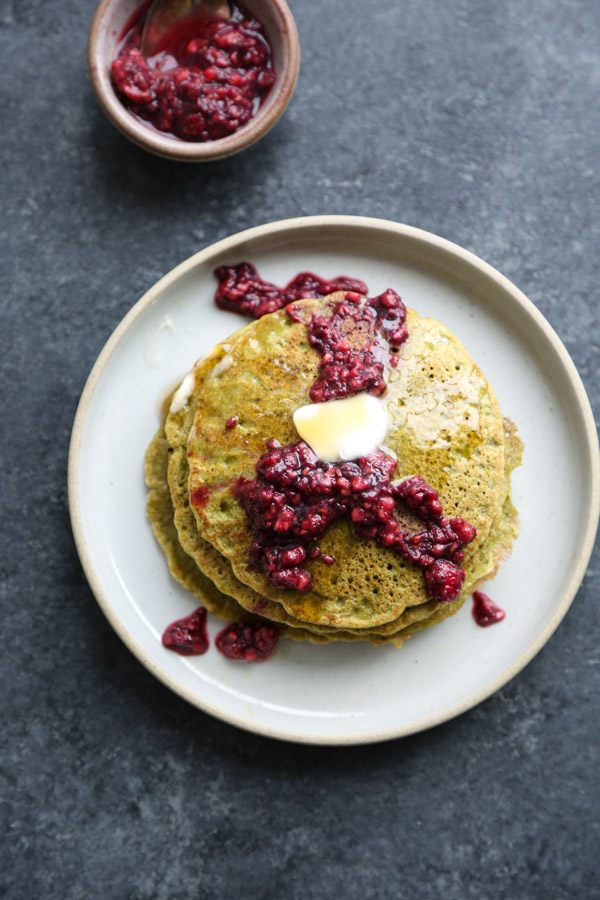 That said, I’ve kind of missed making pancakes once in a blue moon. And I’ve felt slightly guilty about teasing you with ours every weekend without any sort of virtual reciprocity in the form of a recipe.

So it’s with great joy and anticipation, and permission of The Pancake Man, that I share with you these gluten-free Mean Green Matcha Pancakes. They use Charlie’s famous base (Bob’s Red Mill Pancake Mix, almond milk, coconut oil) with a little Feed Me Phoebe healthy spin in the form of antioxidant-rich green tea powder and fibrous raspberry compote. 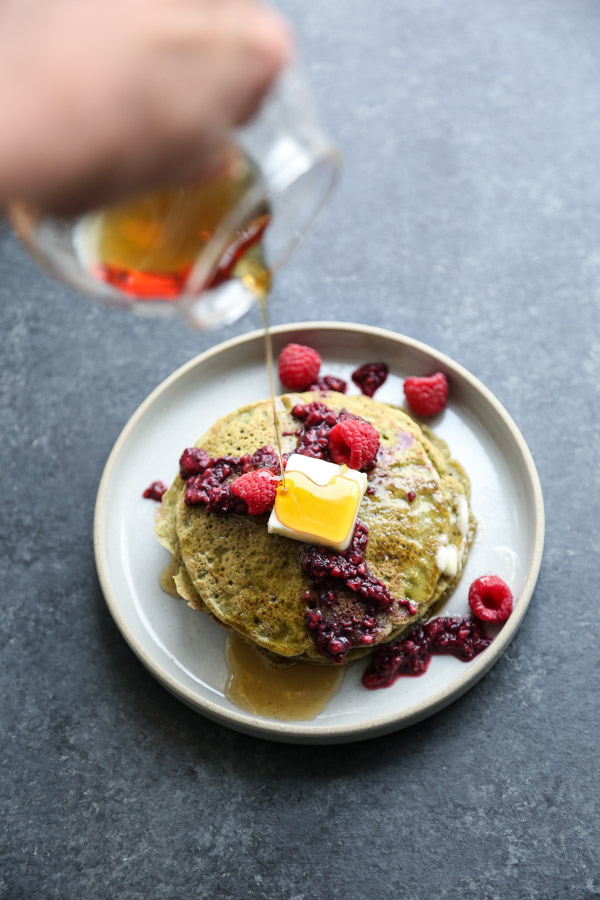 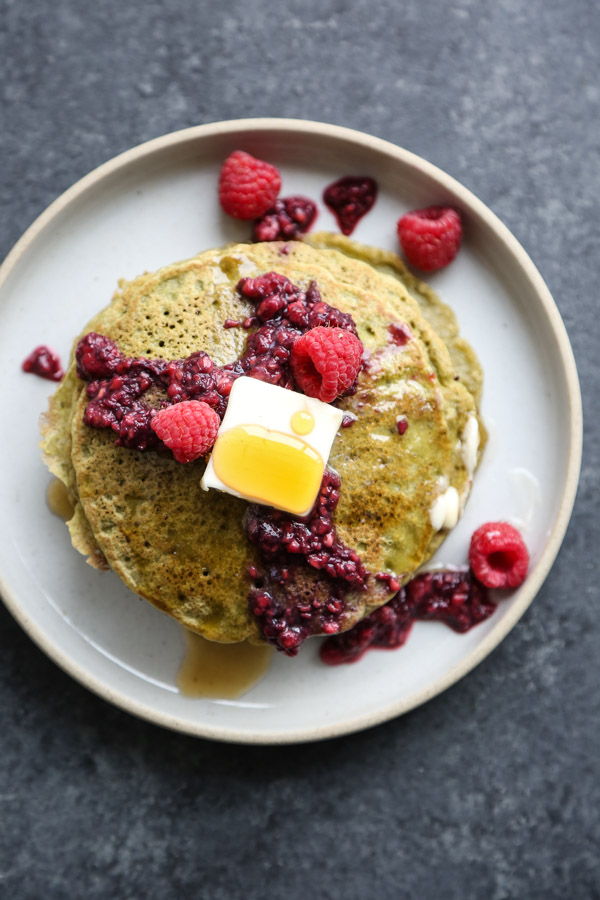 I like my pancakes a little thinner and crepe-like. This is not Pancake Man approved. If you’d like to create true Charlie-style pancakes, add a little less almond milk and portion larger cakes (you’ll get 4 total instead of 6). Classic mix-ins include chocolate chips, 1 mashed banana, or blueberries!

Do you have any cooking traditions with your significant other? Divisions of labor? Lines in the kitchen sand? I’d love to hear about them in the comments section! 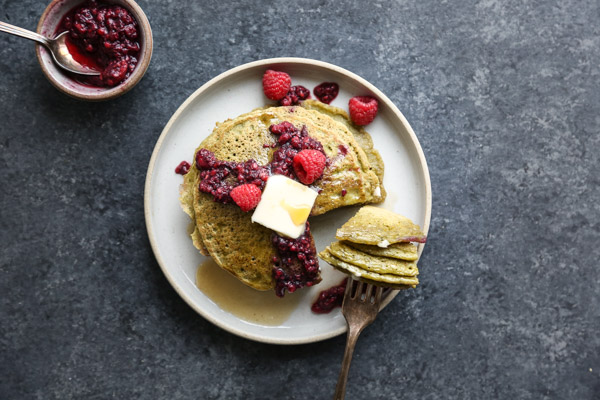 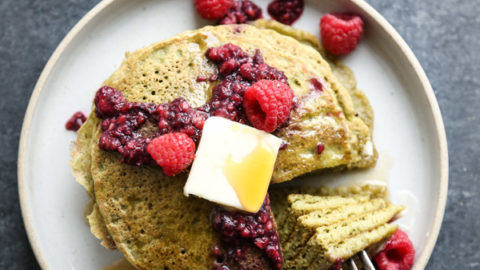 5 from 3 votes
print recipe
These classic dairy-ree, gluten-free pancakes are kicked up with one of my favorite flavors: Japanese green tea. A little matcha powder goes a long way, so if you're sensitive to caffeine or the bitterness of green tea, best to go light on it.
Prep Time 10 minutes
Cook Time 10 minutes
Total Time 20 minutes
Servings 2
Author Phoebe Lapine

This recipe is also low FODMAP!